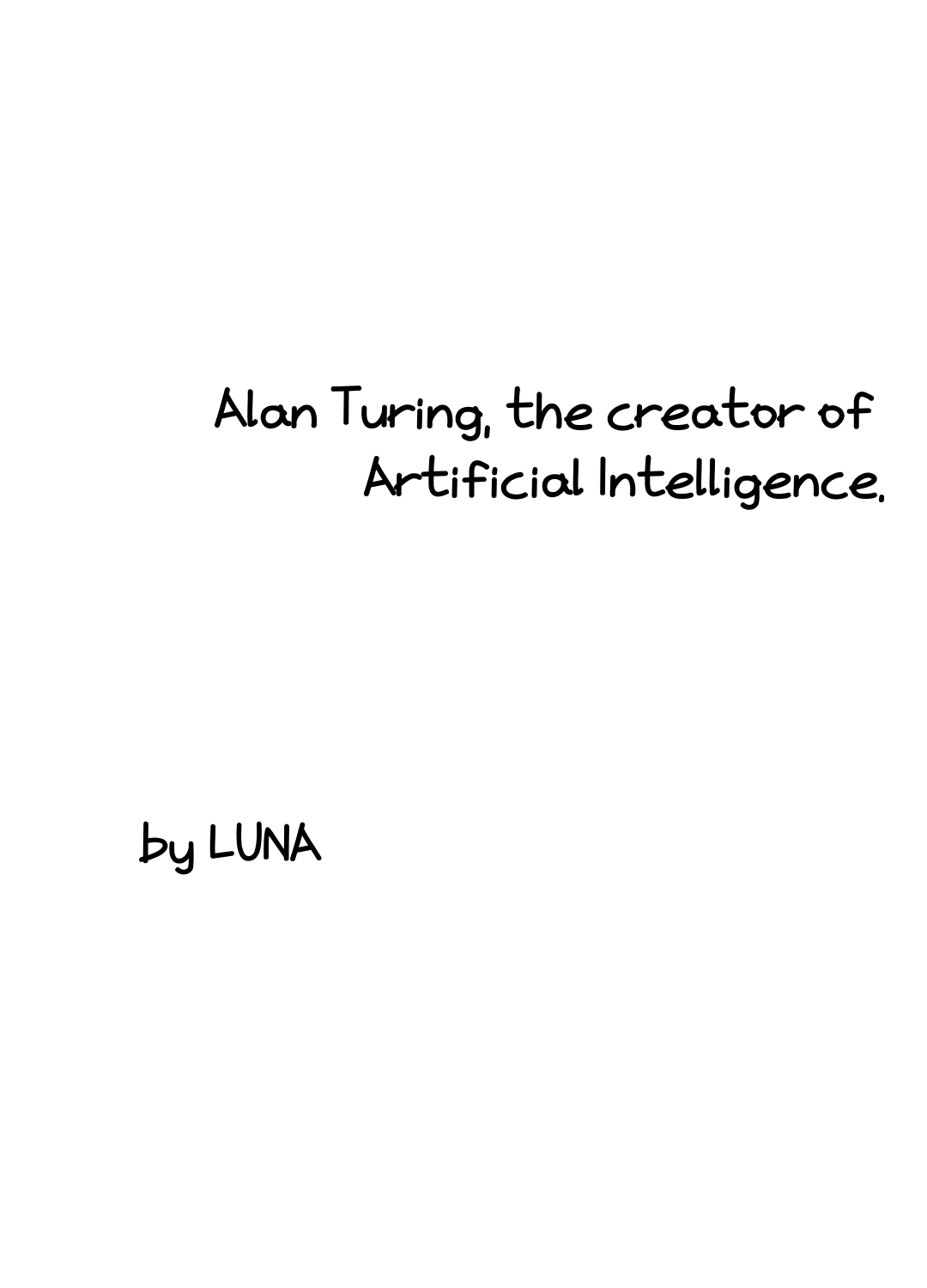 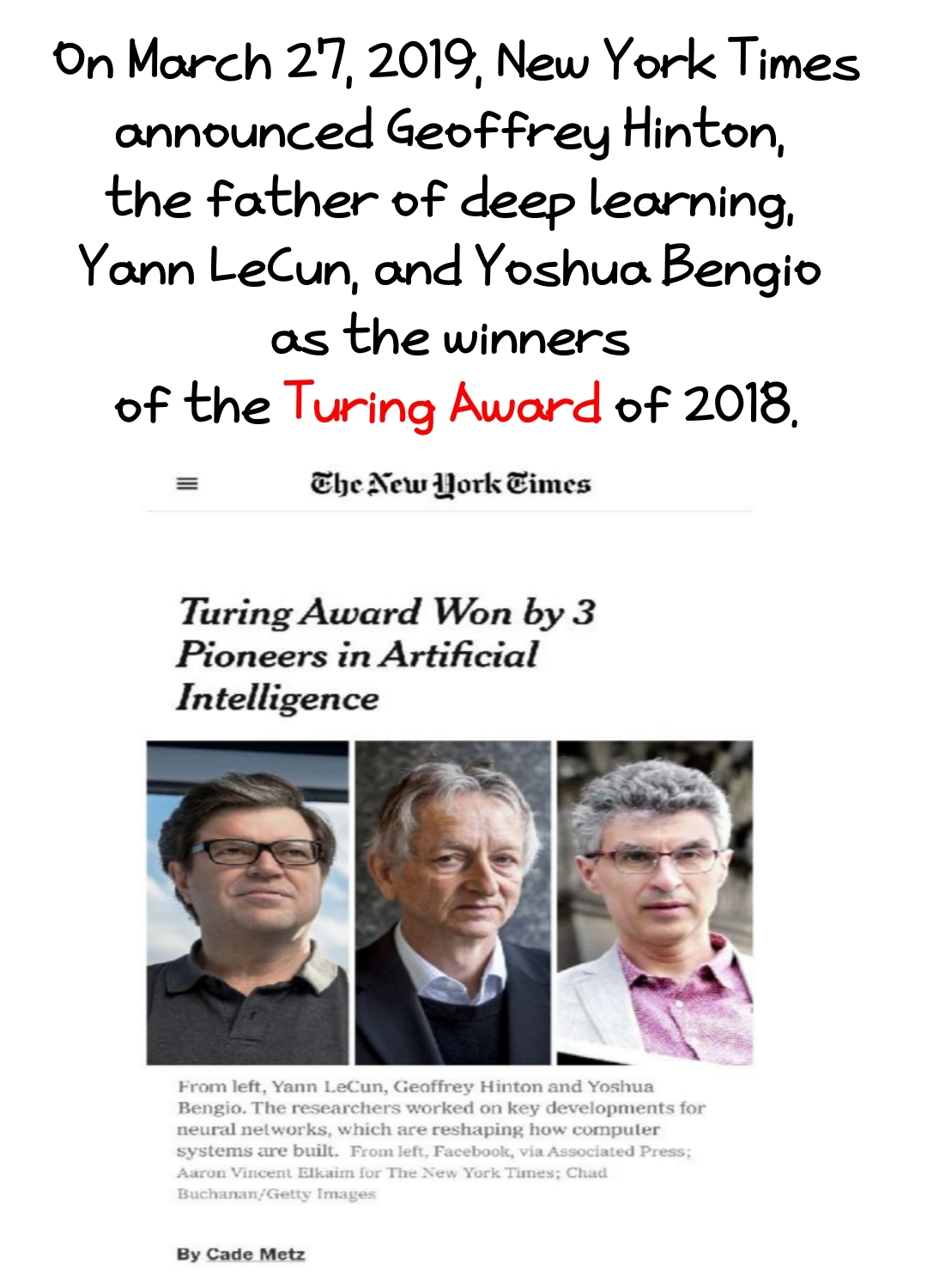 On March 27, 2019, New York Times announced Geoffrey Hinton, the father of deep learning,
Yann LeCun, and Yoshua Bengio as the winners of the Turing Award of 2018. 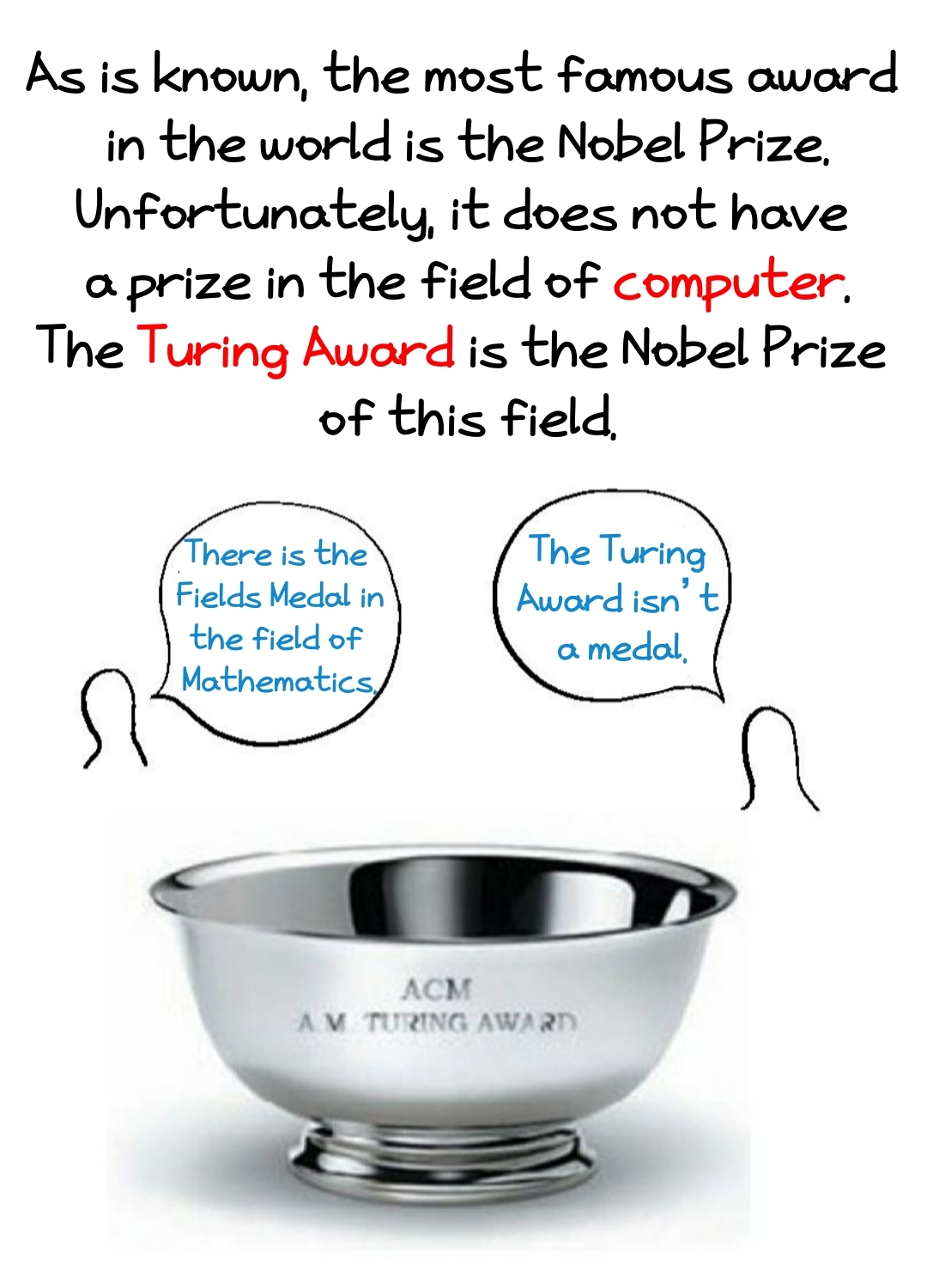 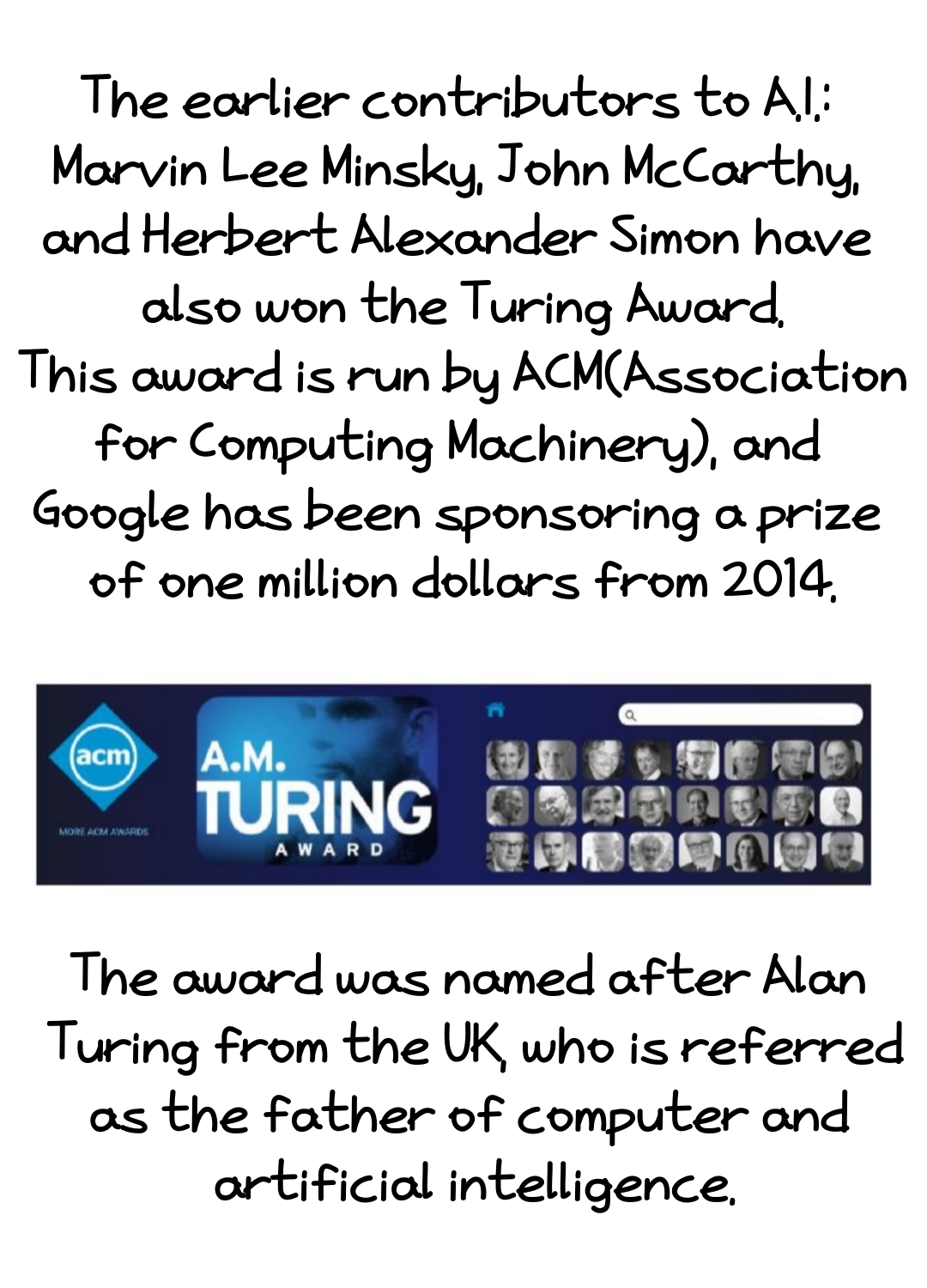 The earlier contributors to A.I.: Marvin Lee Minsky, John McCarthy,
and Herbert Alexander Simon have also won the Turing Award.
This award is run by ACM(Association for Computing Machinery),
and Google has been sponsoring a prize of one million dollars from 2014.
The award was named after Alan Turing from the UK,
who is referred as the father of computer and artificial intelligence. 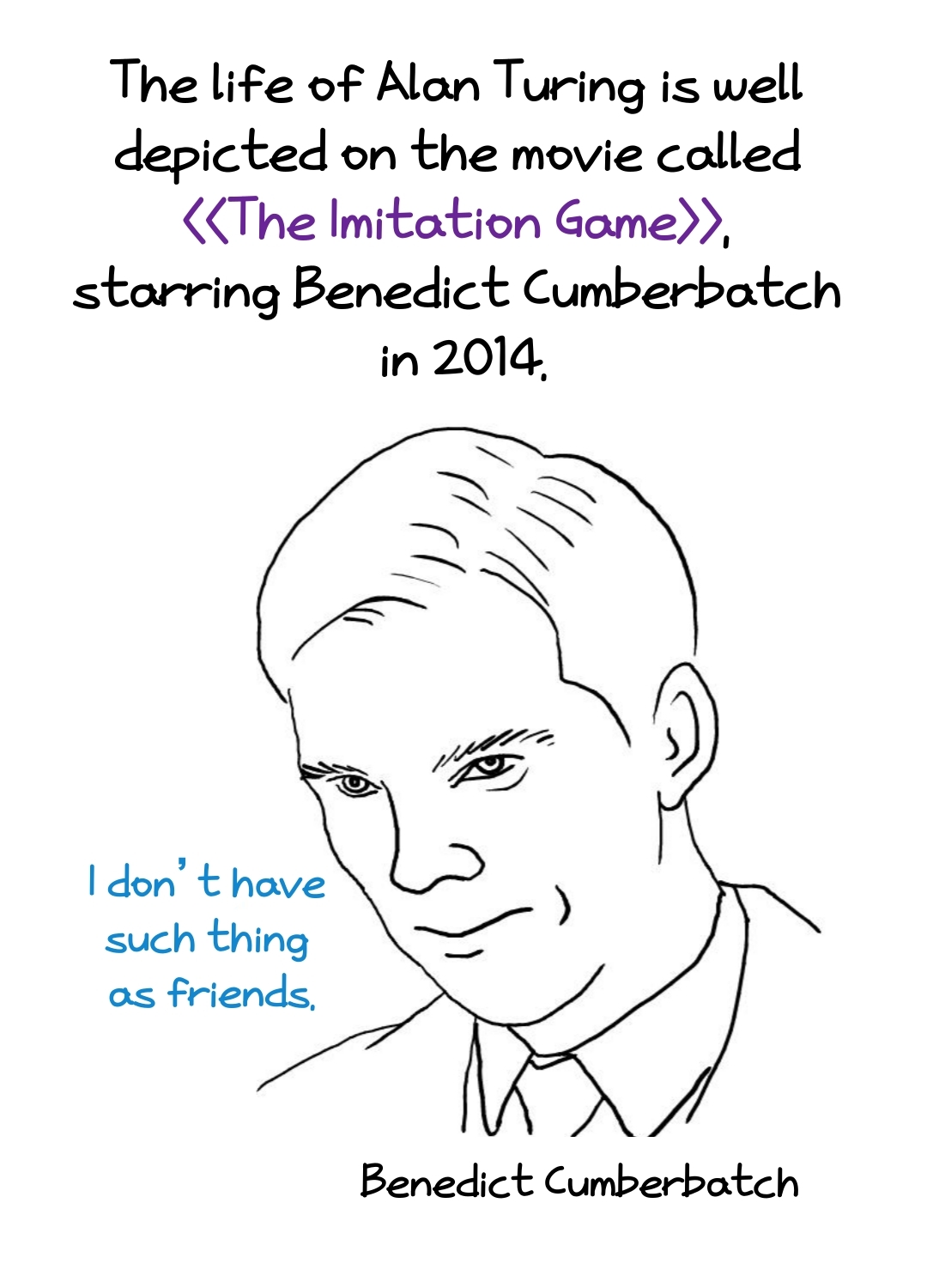 The life of Alan Turing is well depicted on the movie called 'The Imitation Game',
starring Benedict Cumberbatch in 2014. 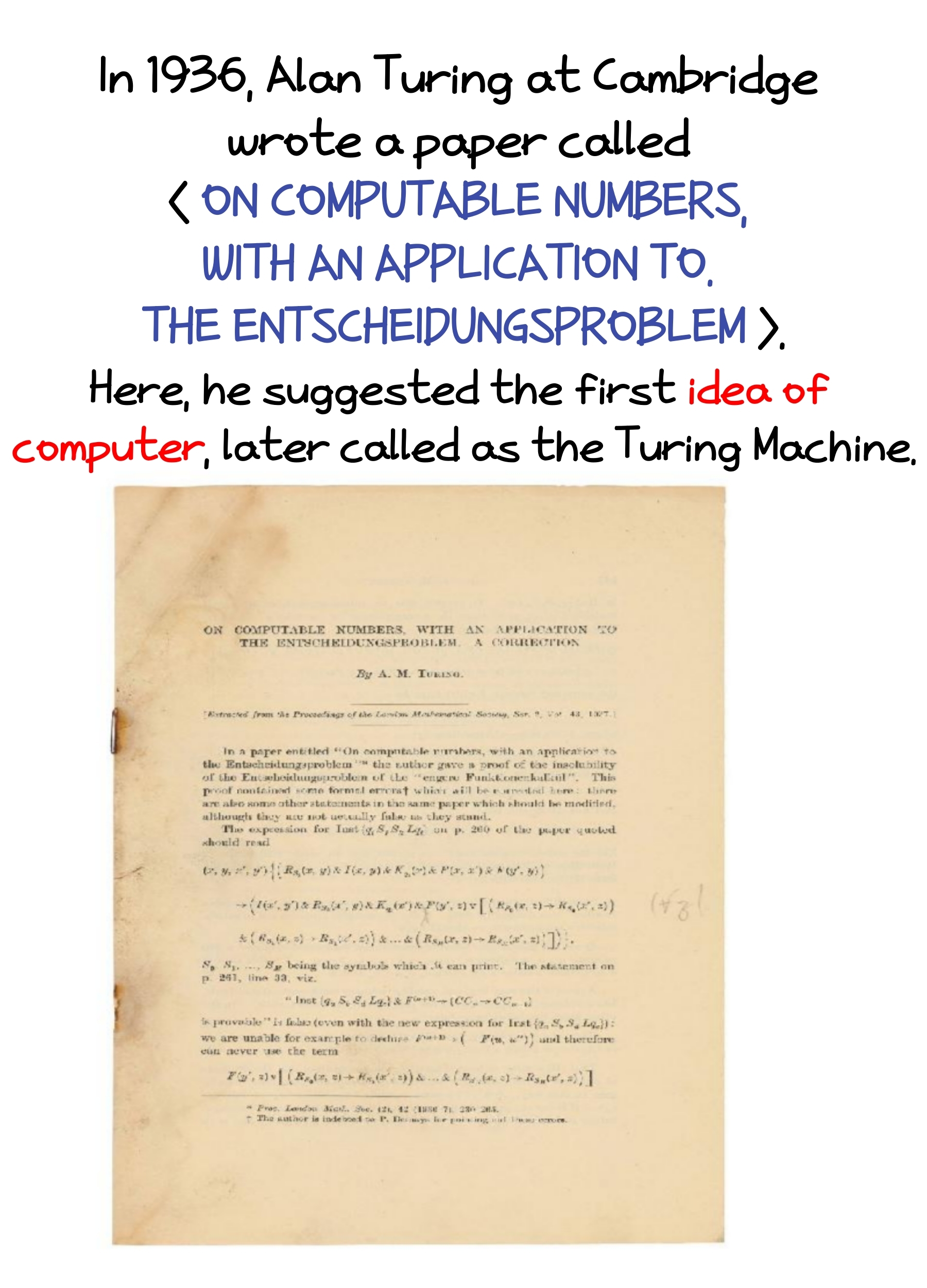 In 1936, Alan Turing at Cambridge wrote a paper called
'ON COMPUTABLE NUMBERS, WITH AN APPLICATION TO. THE ENTSCHEIDUNGSPROBLEM'.
Here, he suggested the first idea of computer, later called as the Turing Machine. 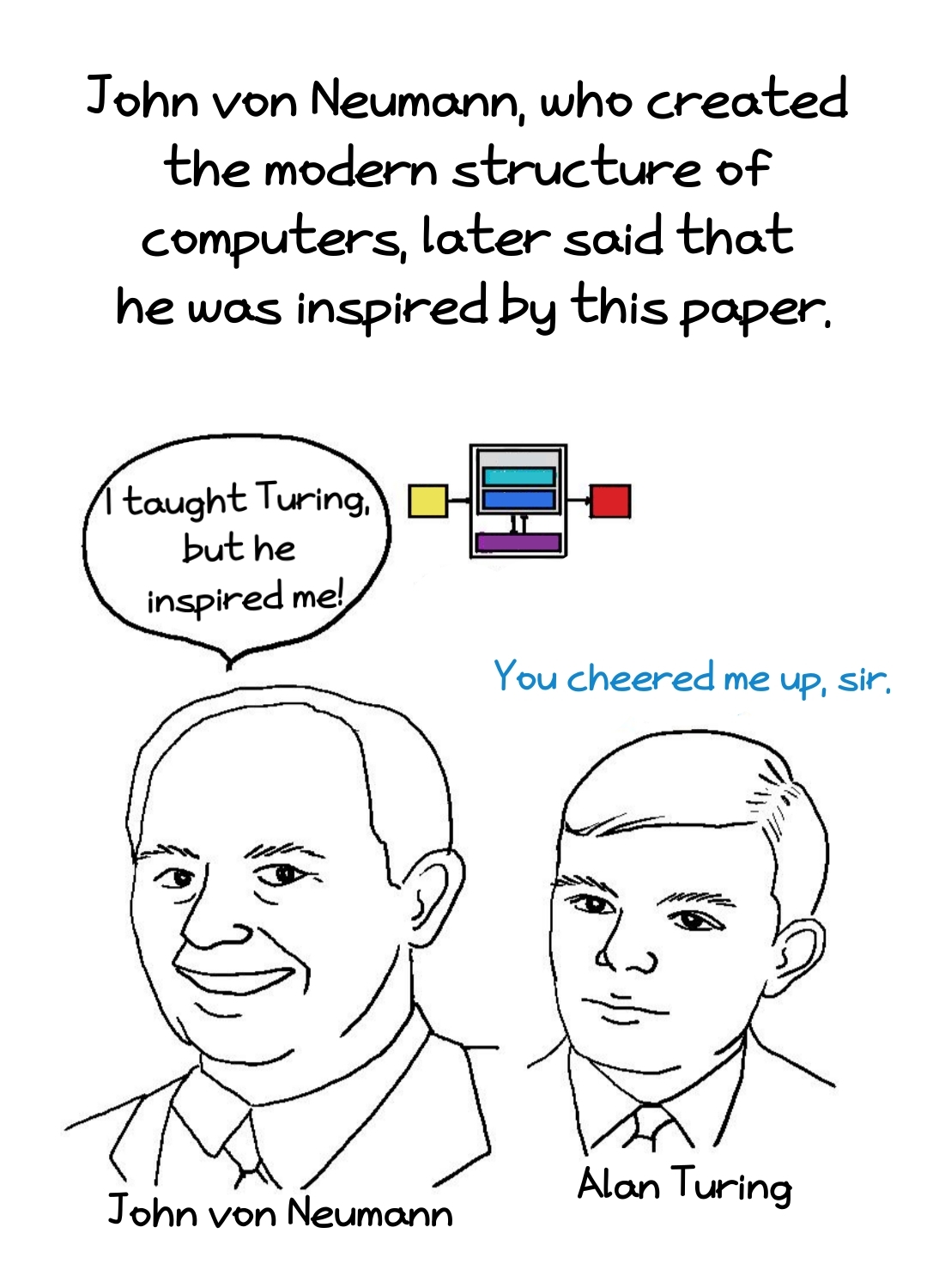 John von Neumann, who created the modern structure of computers,
later said that he was inspired by this paper. 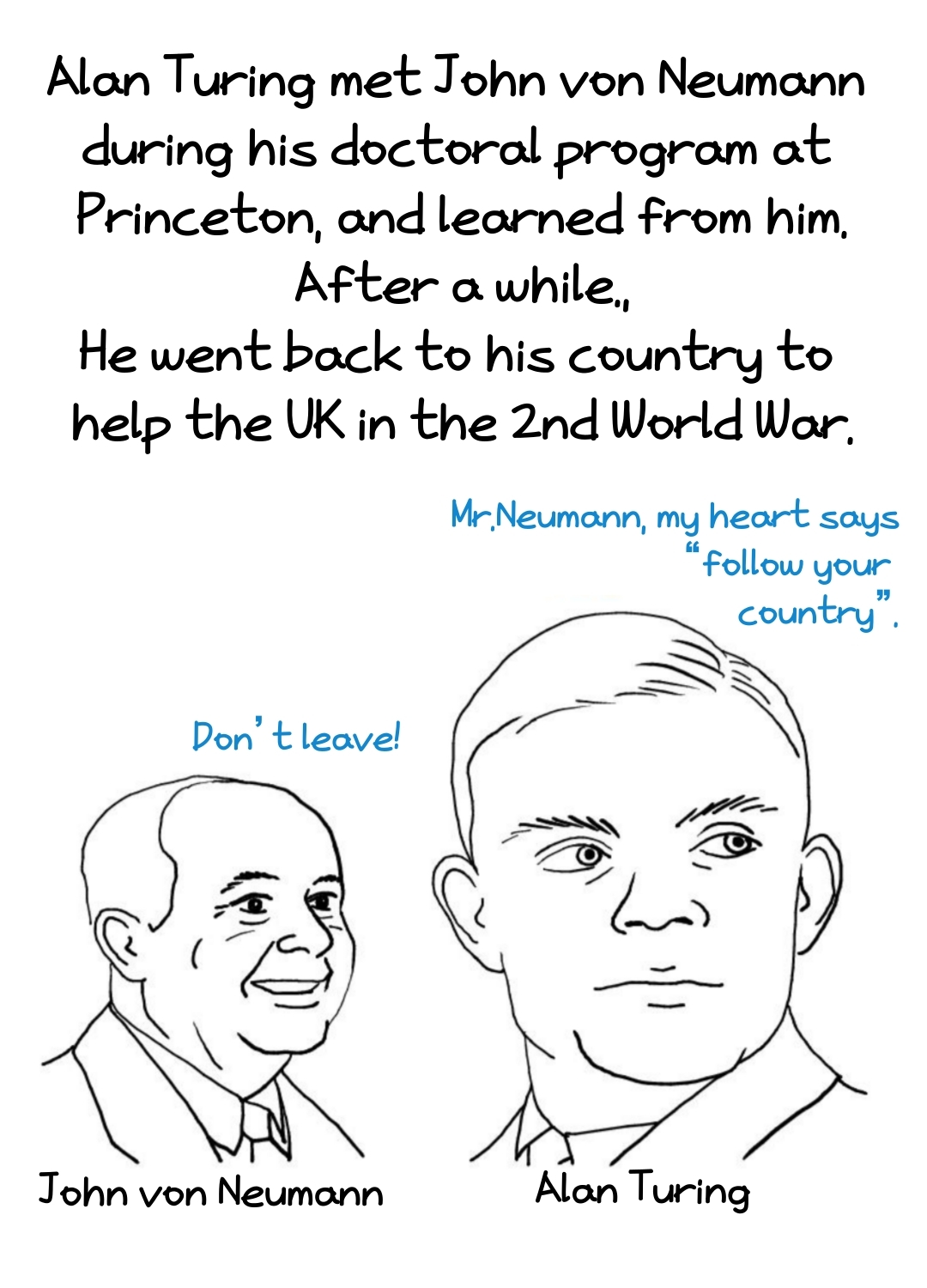 Alan Turing met John von Neumann during his doctoral program at Princeton,
and learned from him. After a while.,
He went back to his country to help the UK in the 2nd World War. 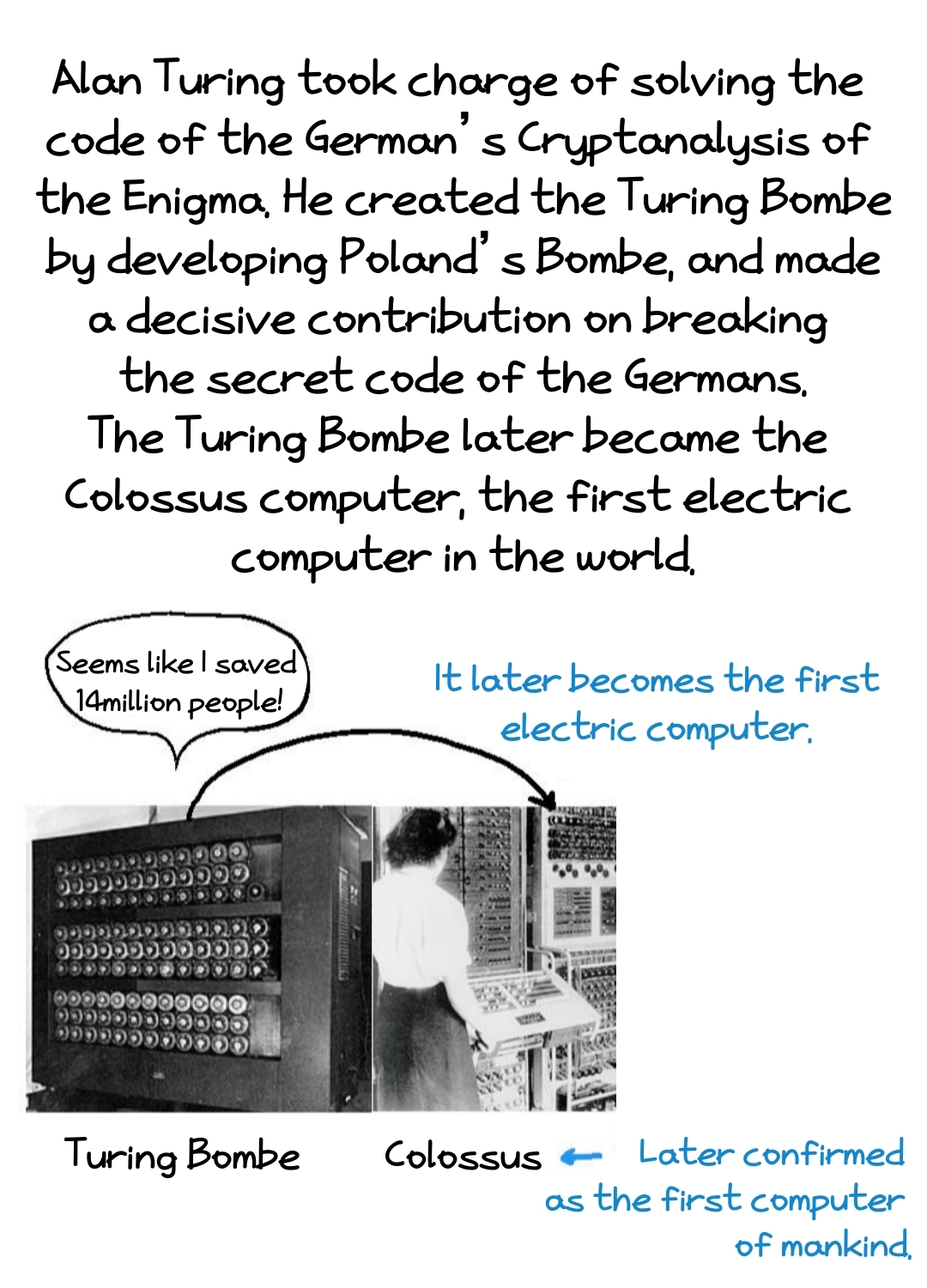 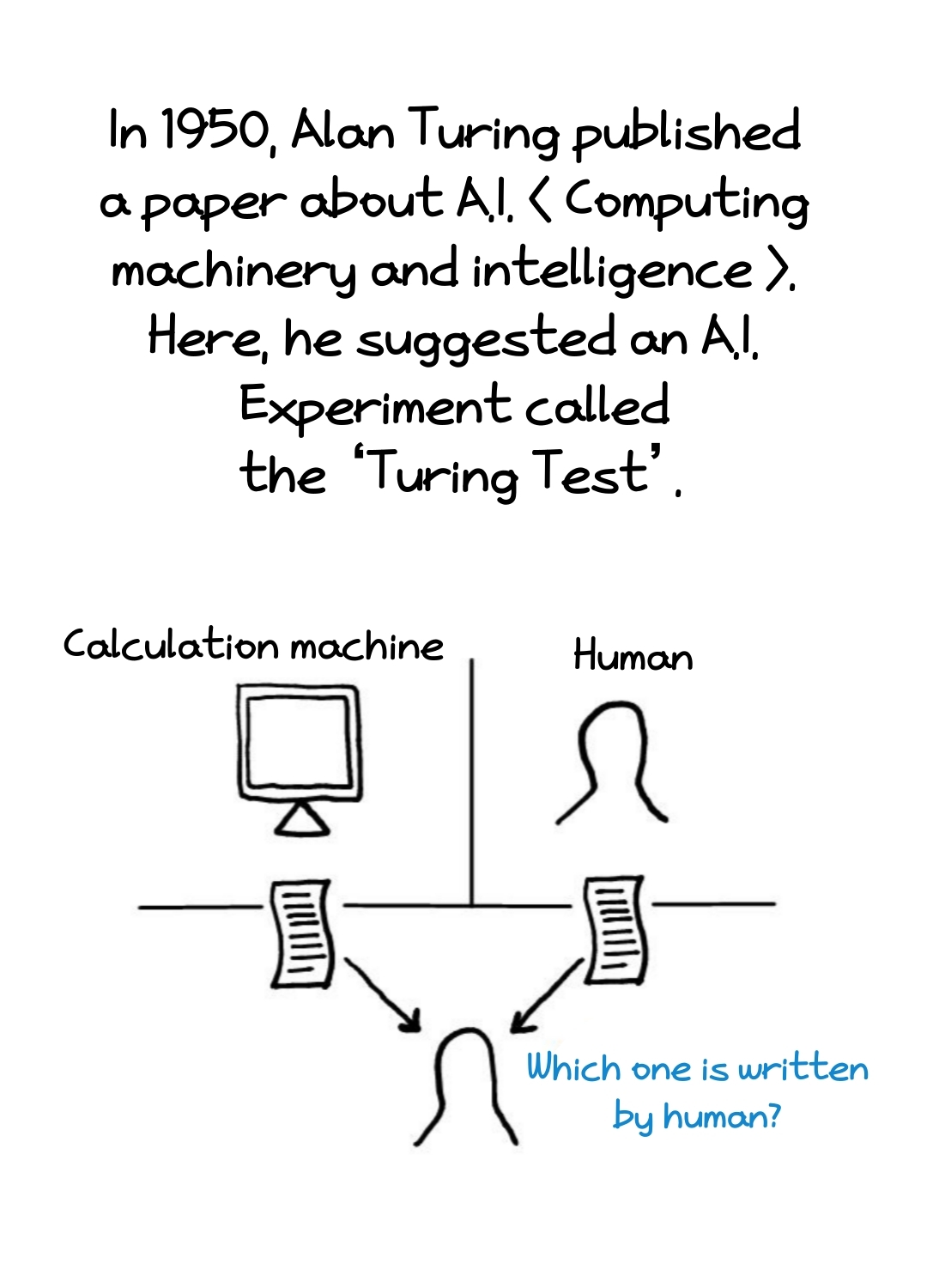 In 1950, Alan Turing published a paper about A.I. 'Computing machinery and intelligence'.
Here, he suggested an A.I. Experiment called the ‘Turing Test’. 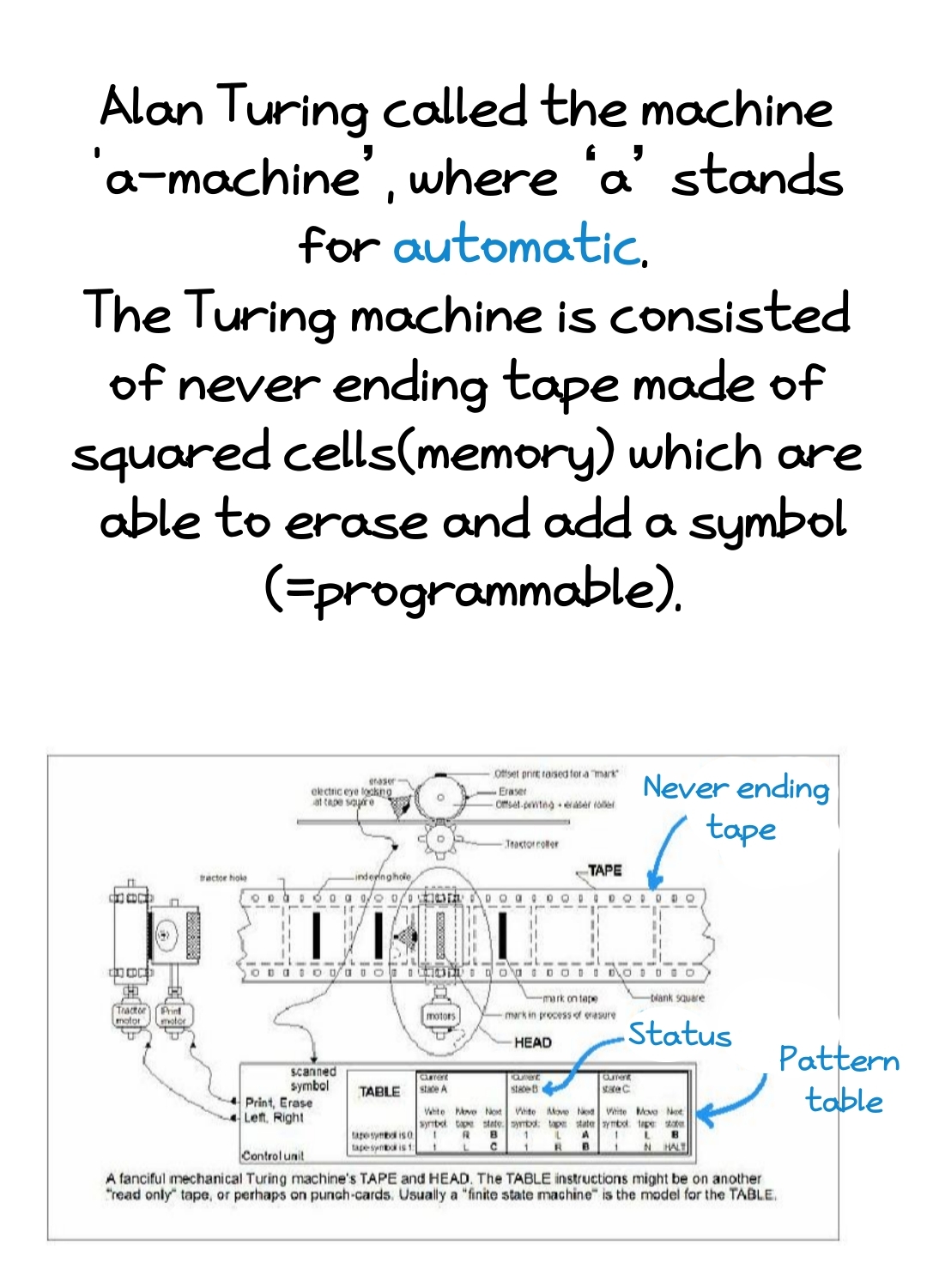 Alan Turing called the machine 'a-machine’, where ‘a’ stands for automatic.
The Turing machine is consisted of never ending tape made of squared cells(memory)
which are able to erase and add a symbol (=programmable). 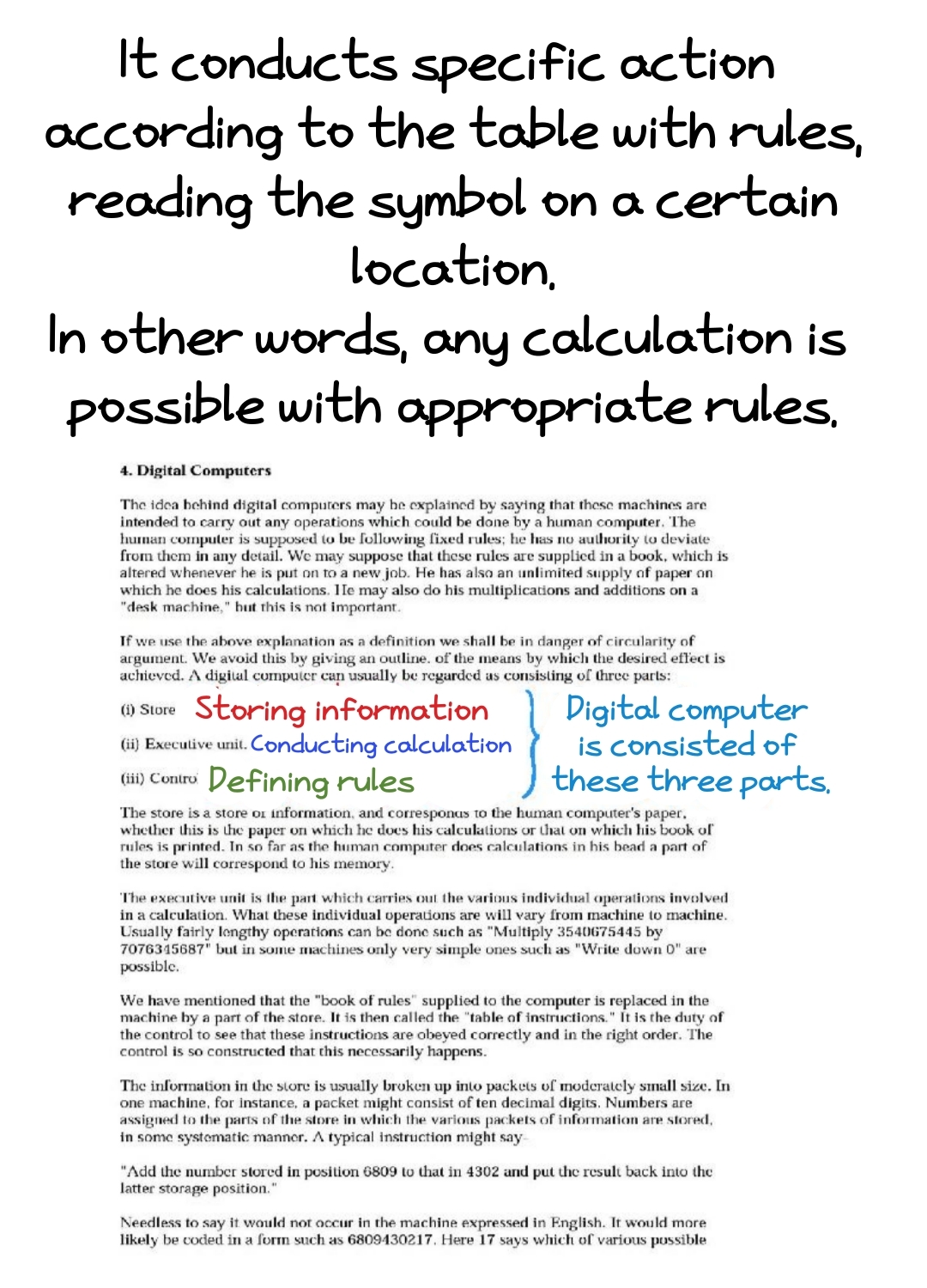 It conducts specific action according to the table with rules,  reading the symbol on a certain location.
In other words, any calculation is possible with appropriate rules. 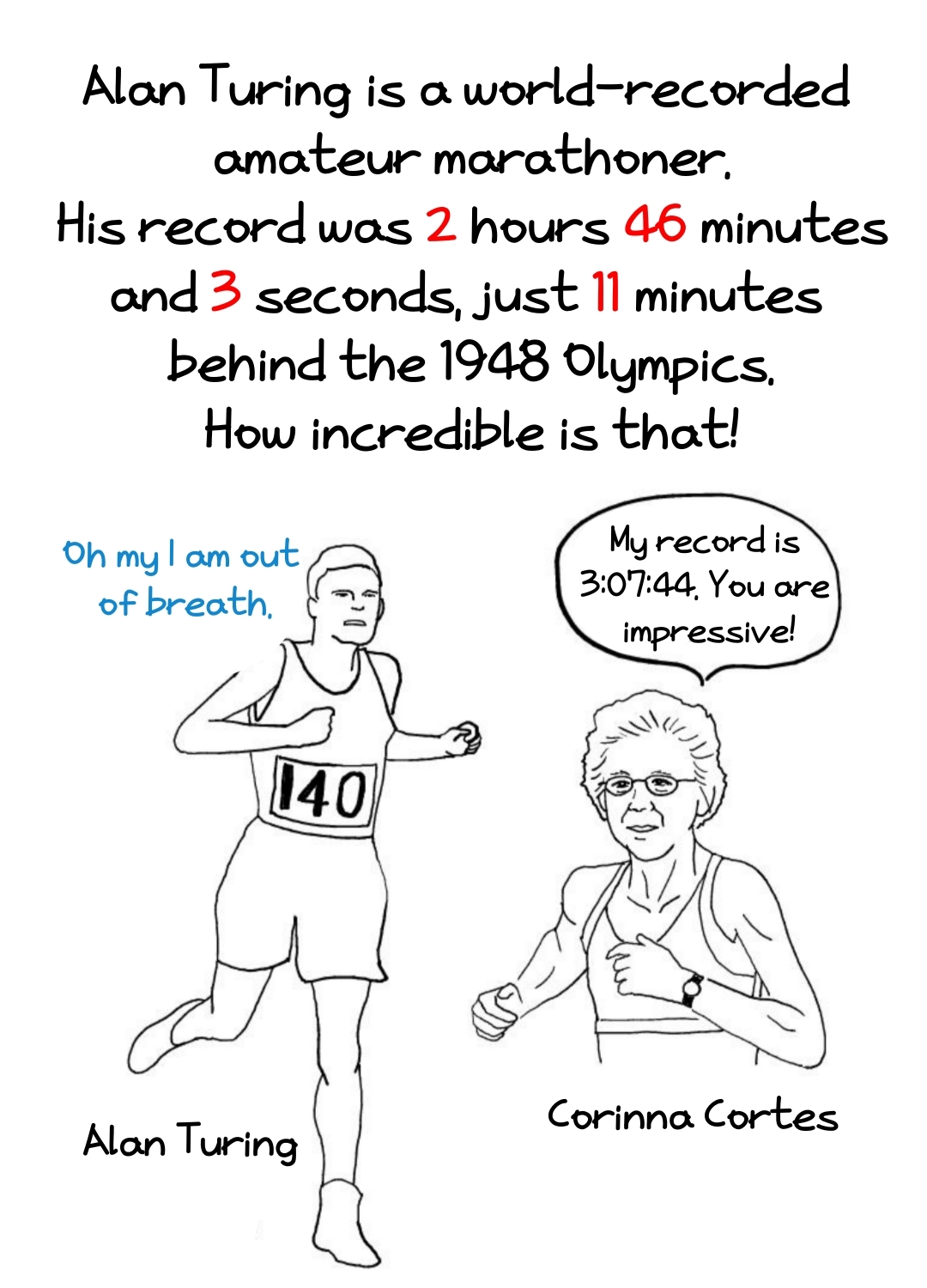 Alan Turing is a world-recorded amateur marathoner.
His record was 2 hours 46 minutes and 3 seconds,
just 11 minutes behind the 1948 Olympics.
How incredible is that!
Do you need database performance monitoring? Contact us and we will send you a free quote
[email protected]