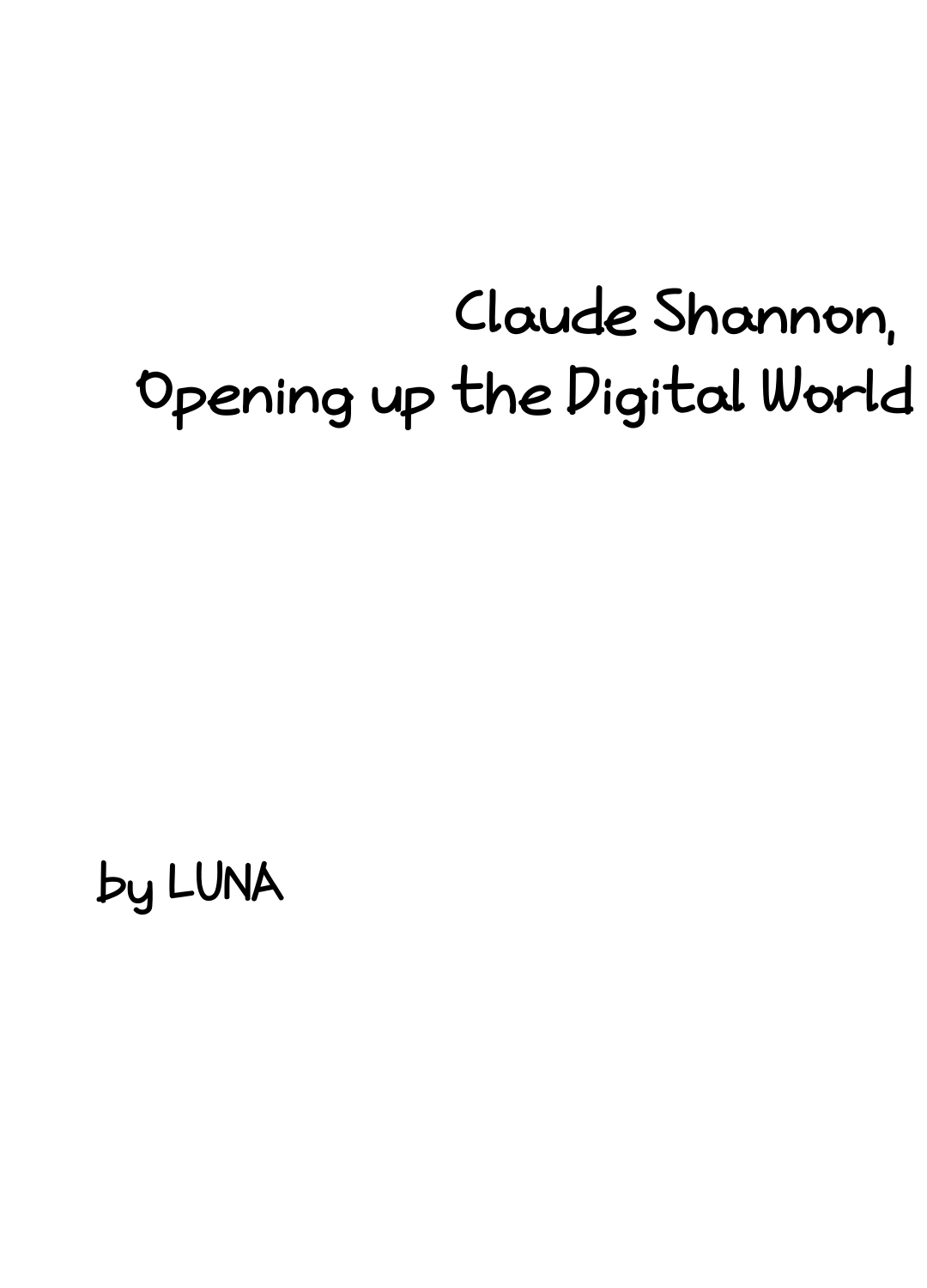 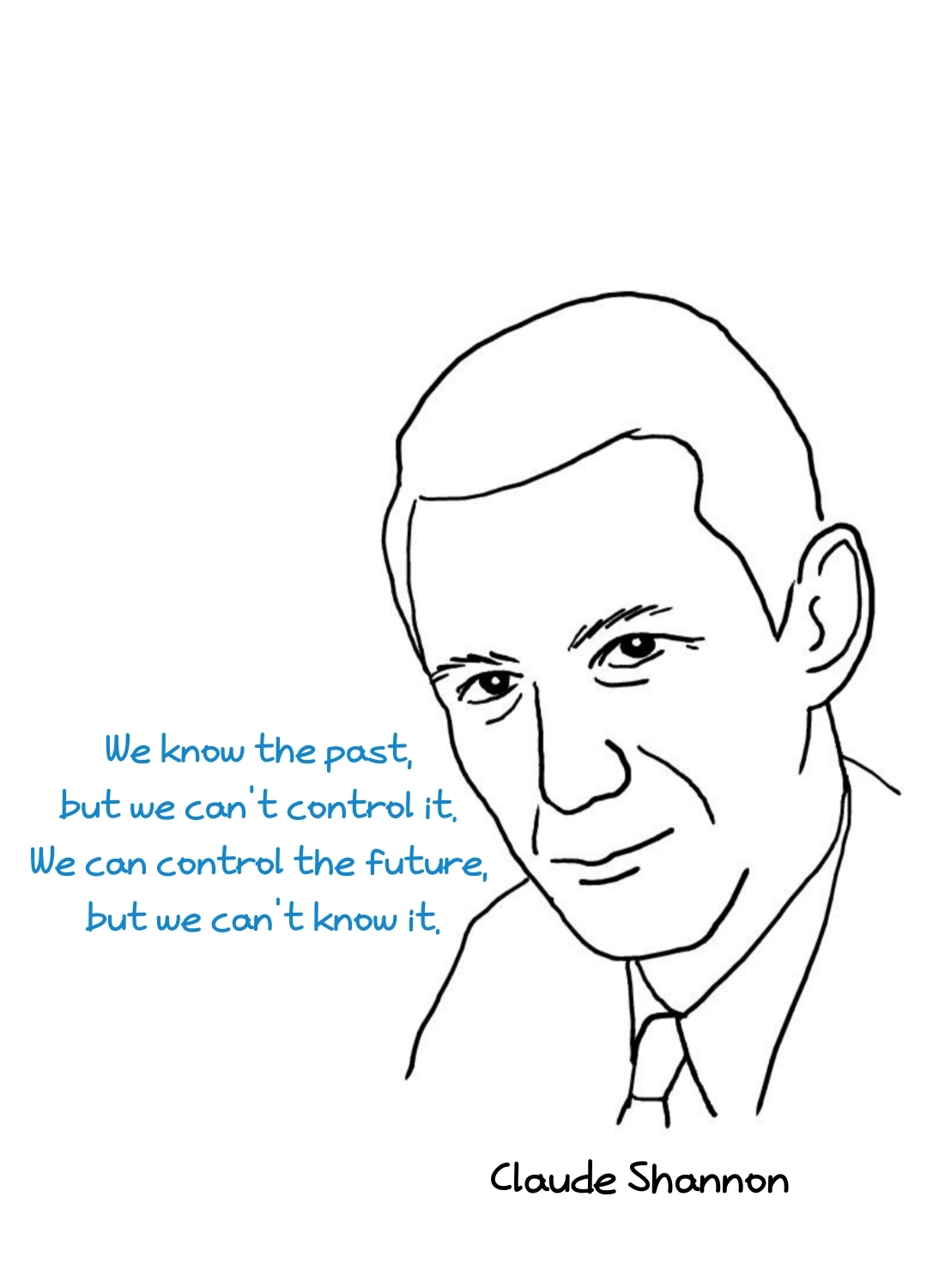 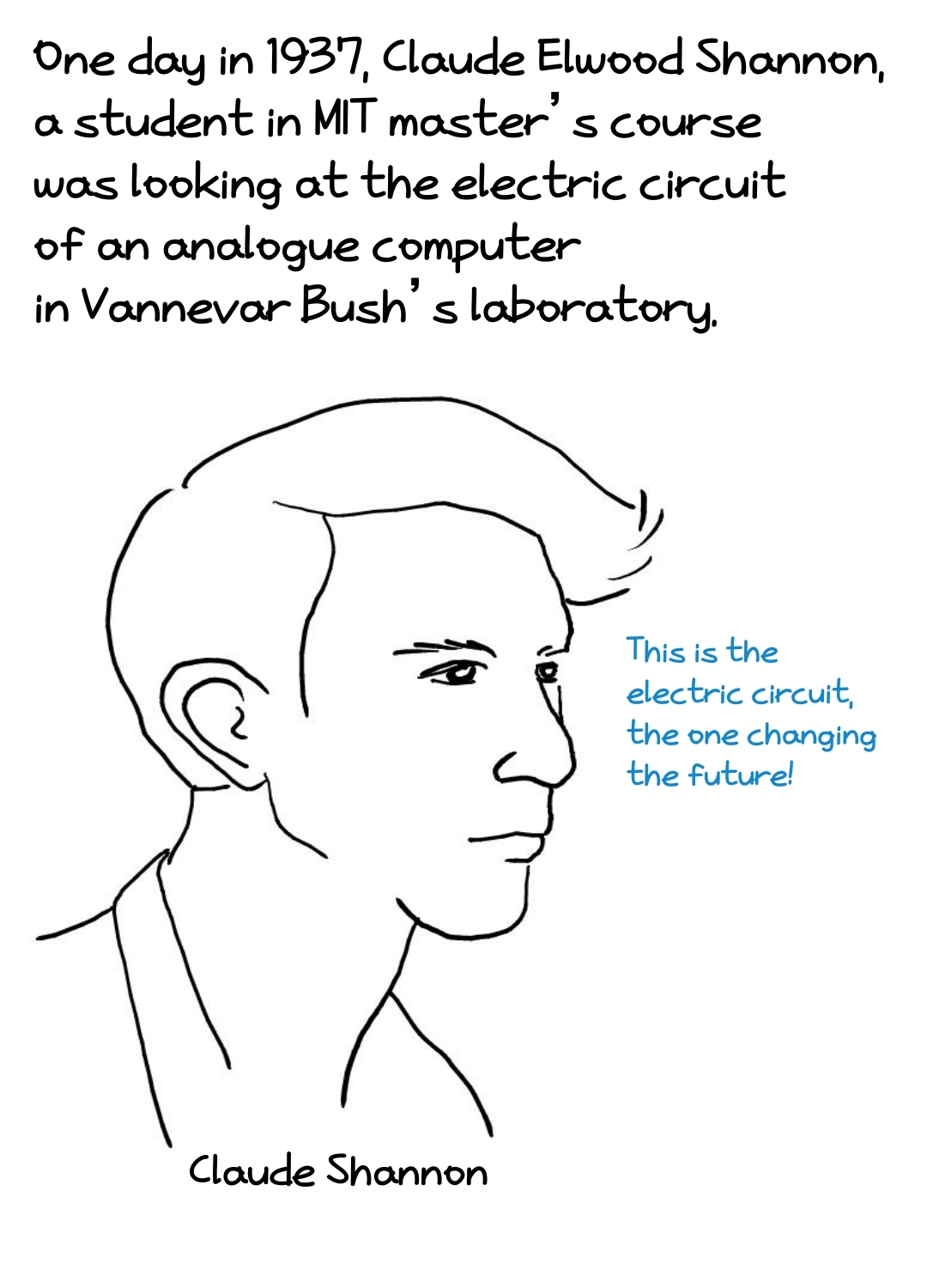 One day in 1937, Claude Elwood Shannon, a student in MIT master’s course
was looking at the electric circuit of an analogue computer
in Vannevar Bush’s laboratory. 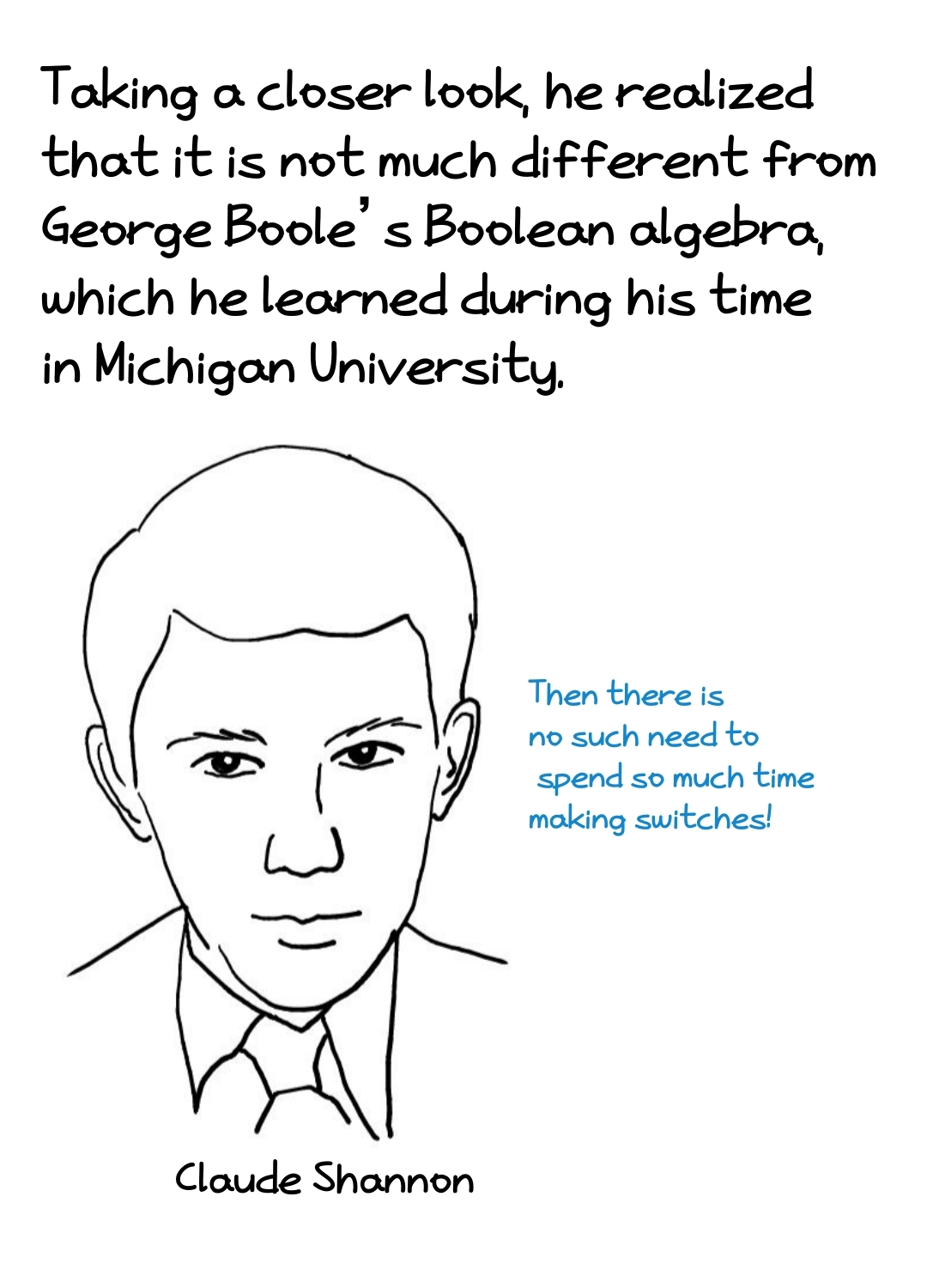 Taking a closer look, he realized that it is not much different
from George Boole’s Boolean algebra,
which he learned during his time in Michigan University. 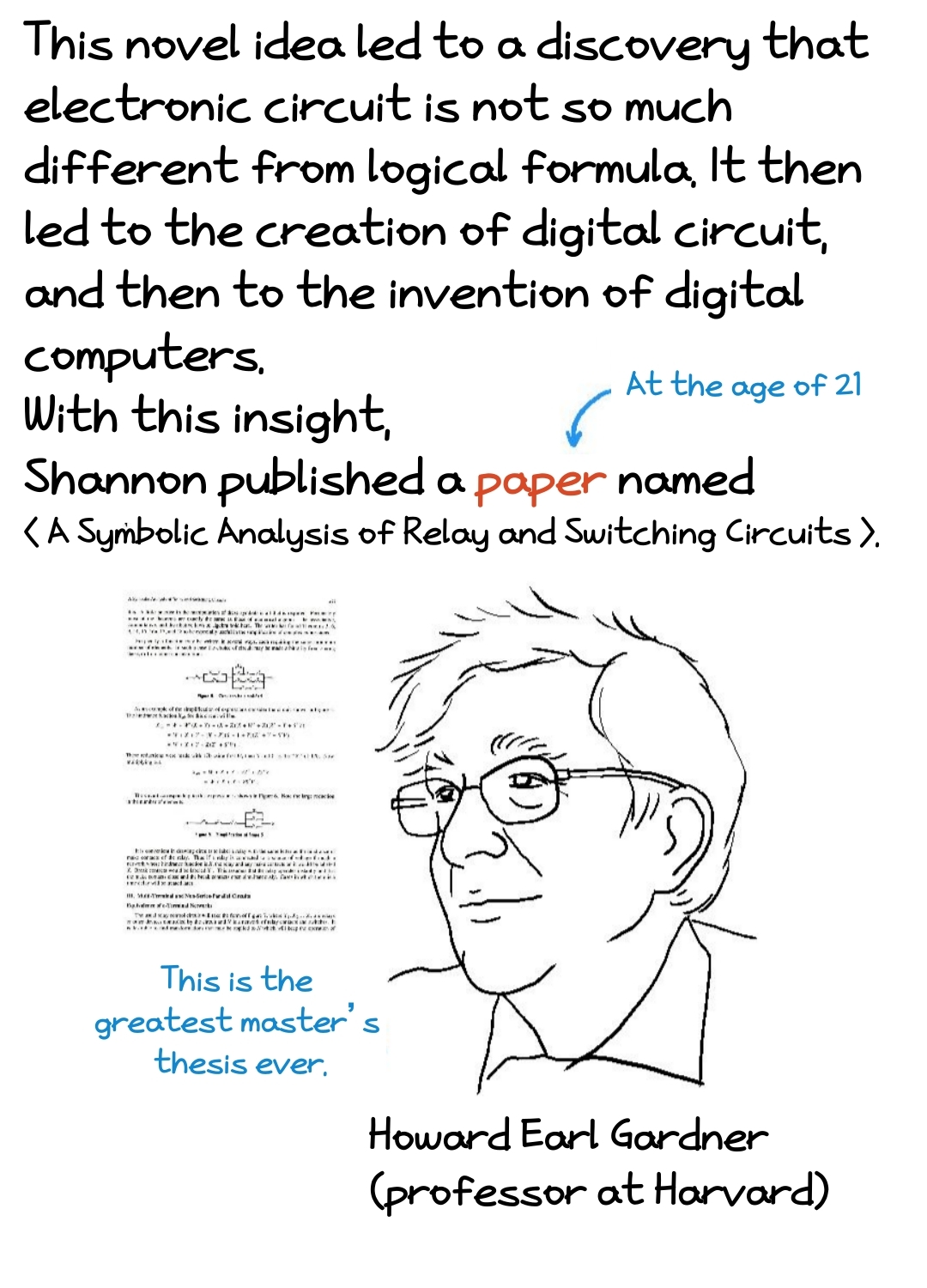 This novel idea led to a discovery that electronic circuit is not so much different
from logical formula. It then led to the creation of digital circuit,
and then to the invention of digital computers.
With this insight, Shannon published a paper named
‘A Symbolic Analysis of Relay and Switching Circuits’. 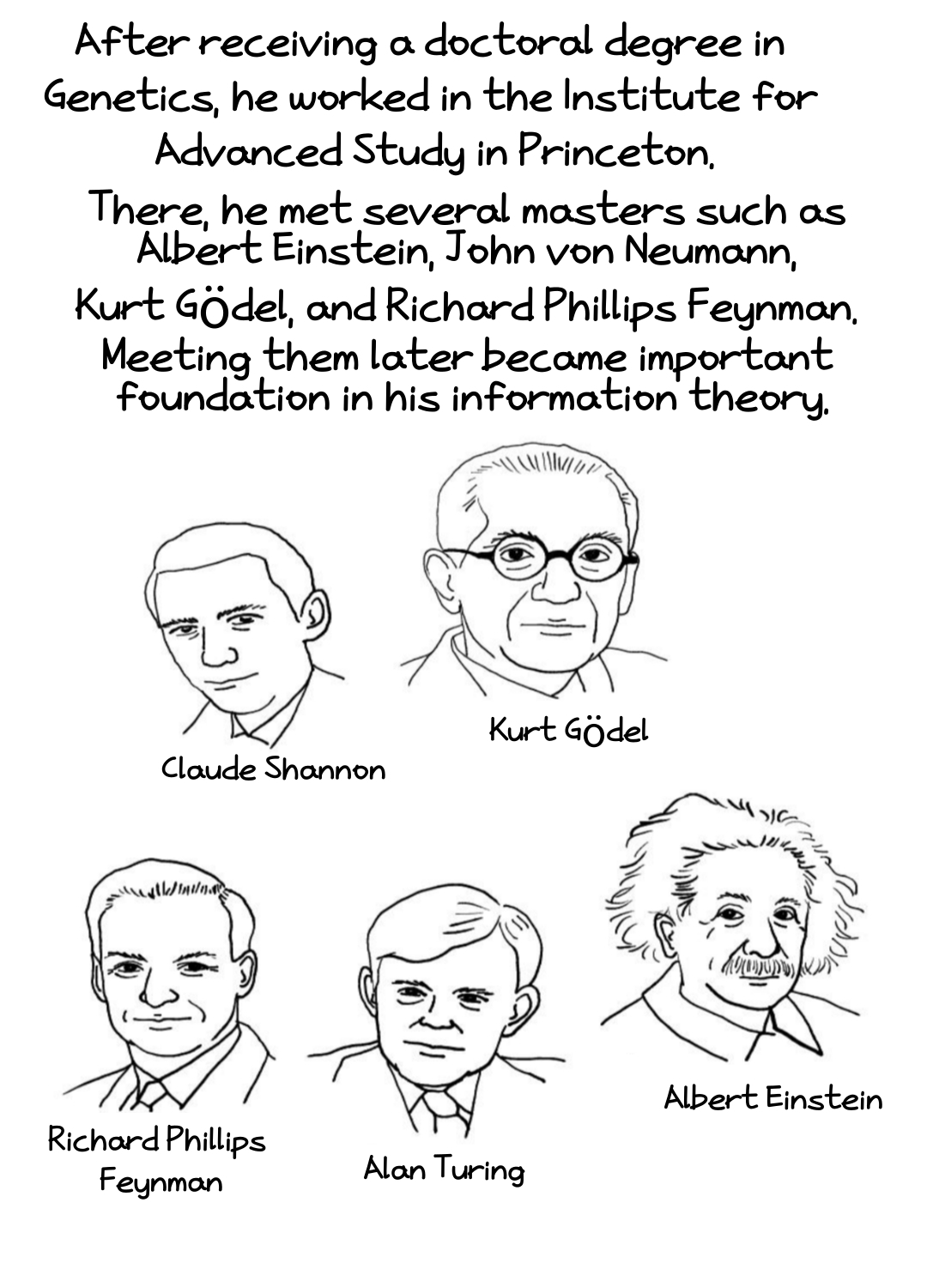 After receiving a doctoral degree in Genetics, he worked in the Institute
for Advanced Study in Princeton.
There, he met several masters such as Albert Einstein, John von Neumann,
Kurt Gödel, and Richard Phillips Feynman.
Meeting them later became important foundation in his information theory. 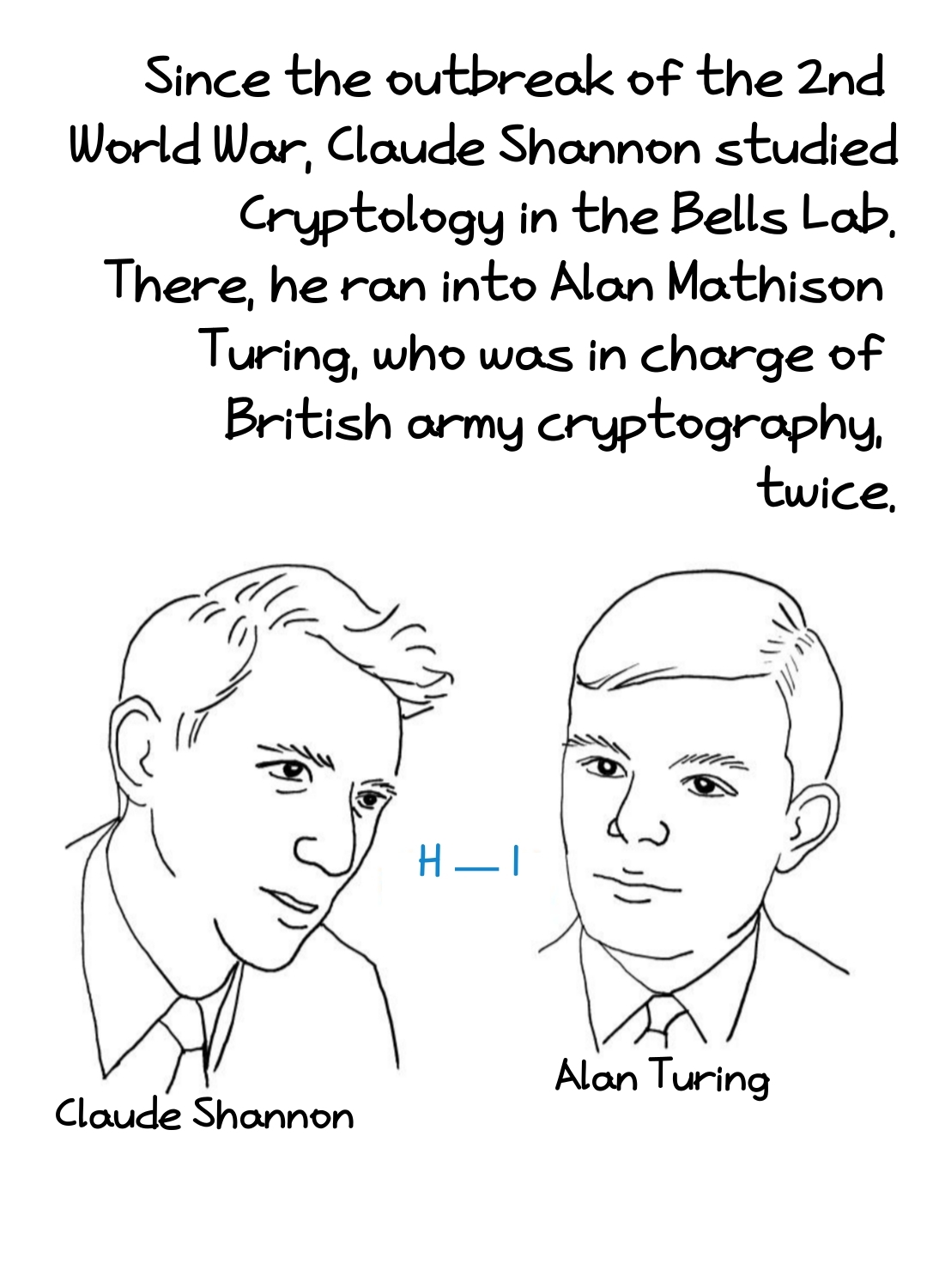 Since the outbreake of the 2nd World War
Claude Shannon studied Cryptology in the Bells Lab.
There, he ran into Alan Mathison Turing,
who was in charge of British army cryptography, twice. 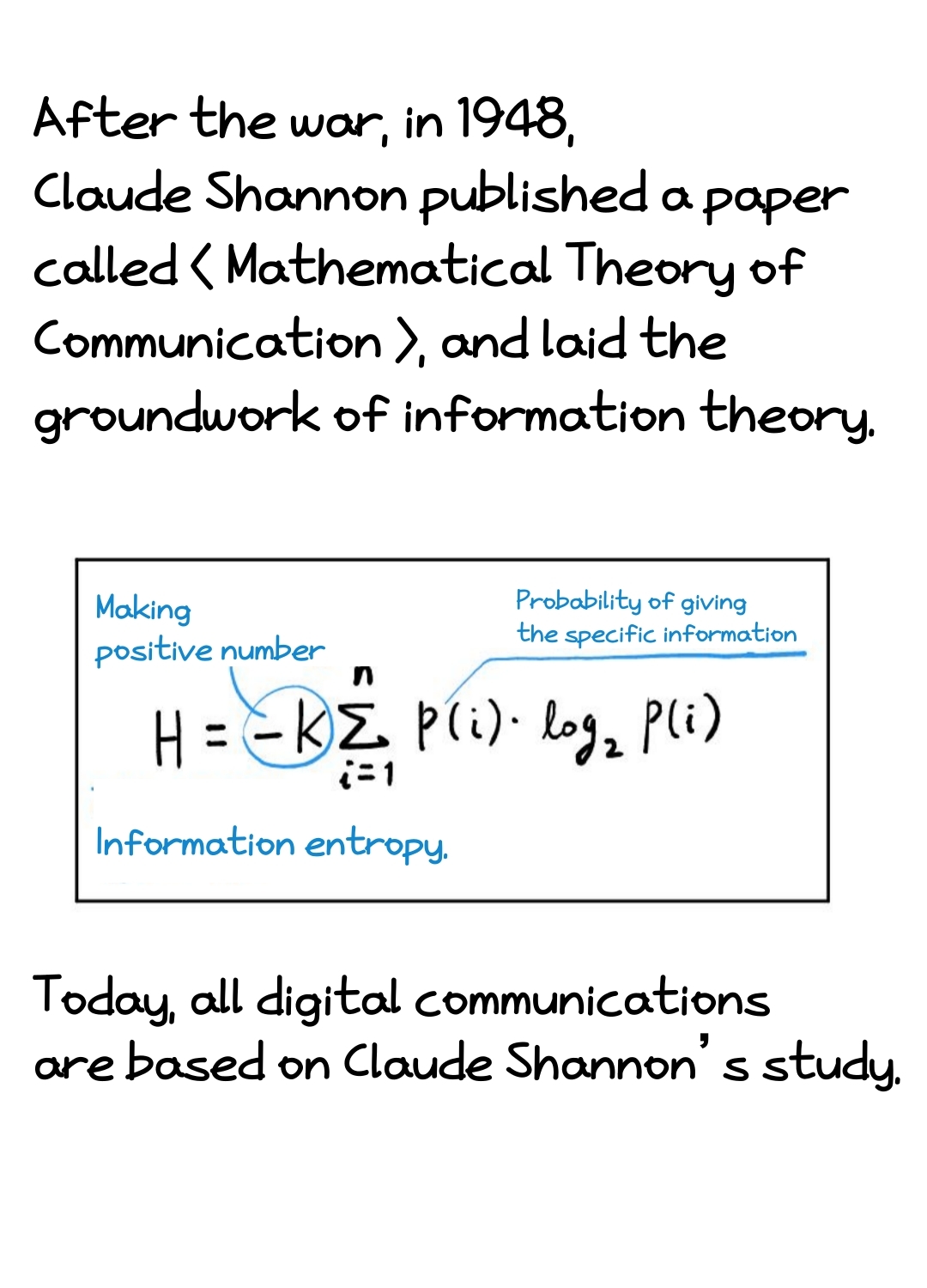 After the war, in 1948, Claude Shannon published a paper
called ‘Mathematical Theory of Communication’.,
and laid the groundwork of information theory.
Today, all digital communications are based on Claude Shannon’s study. 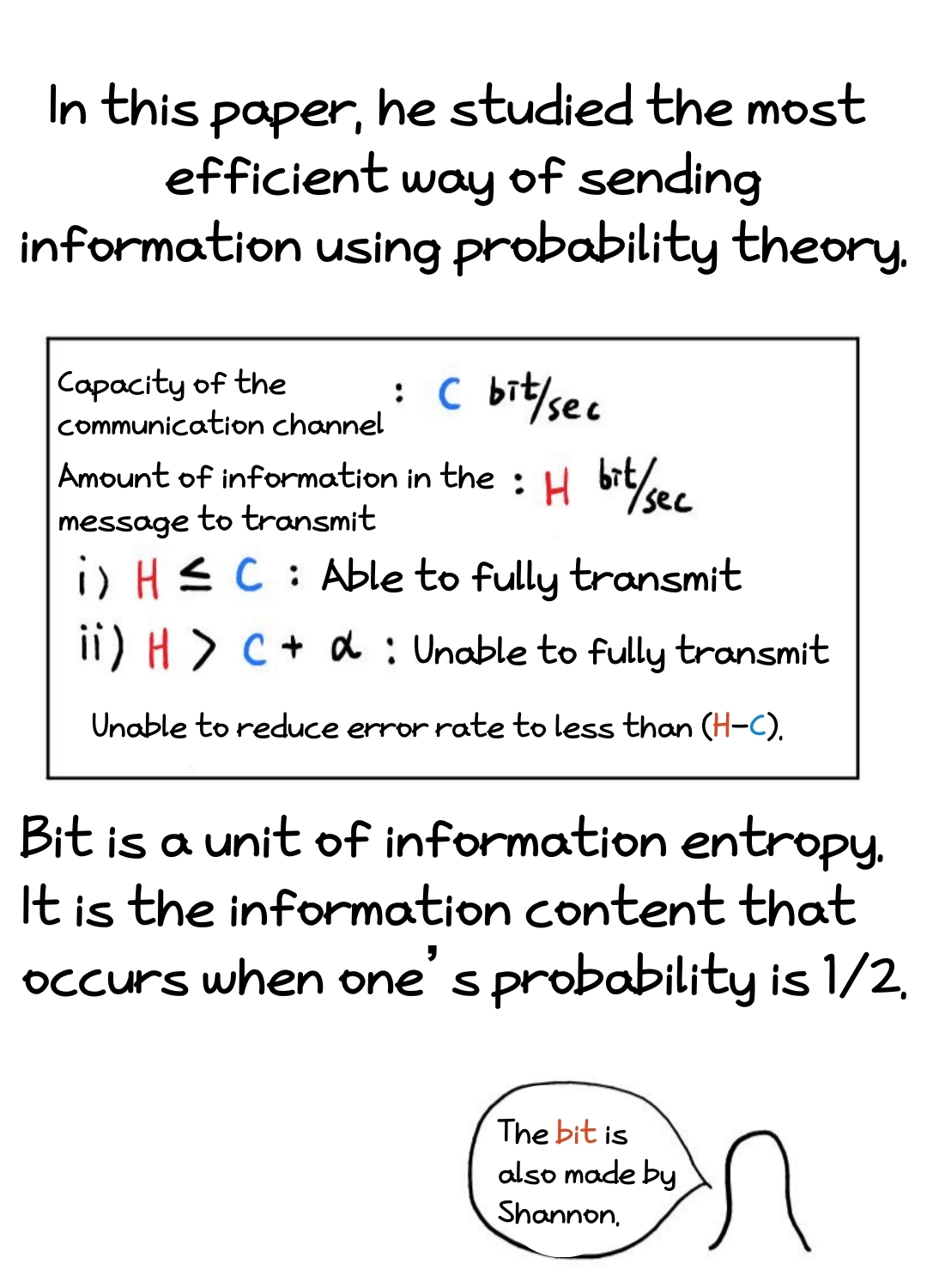 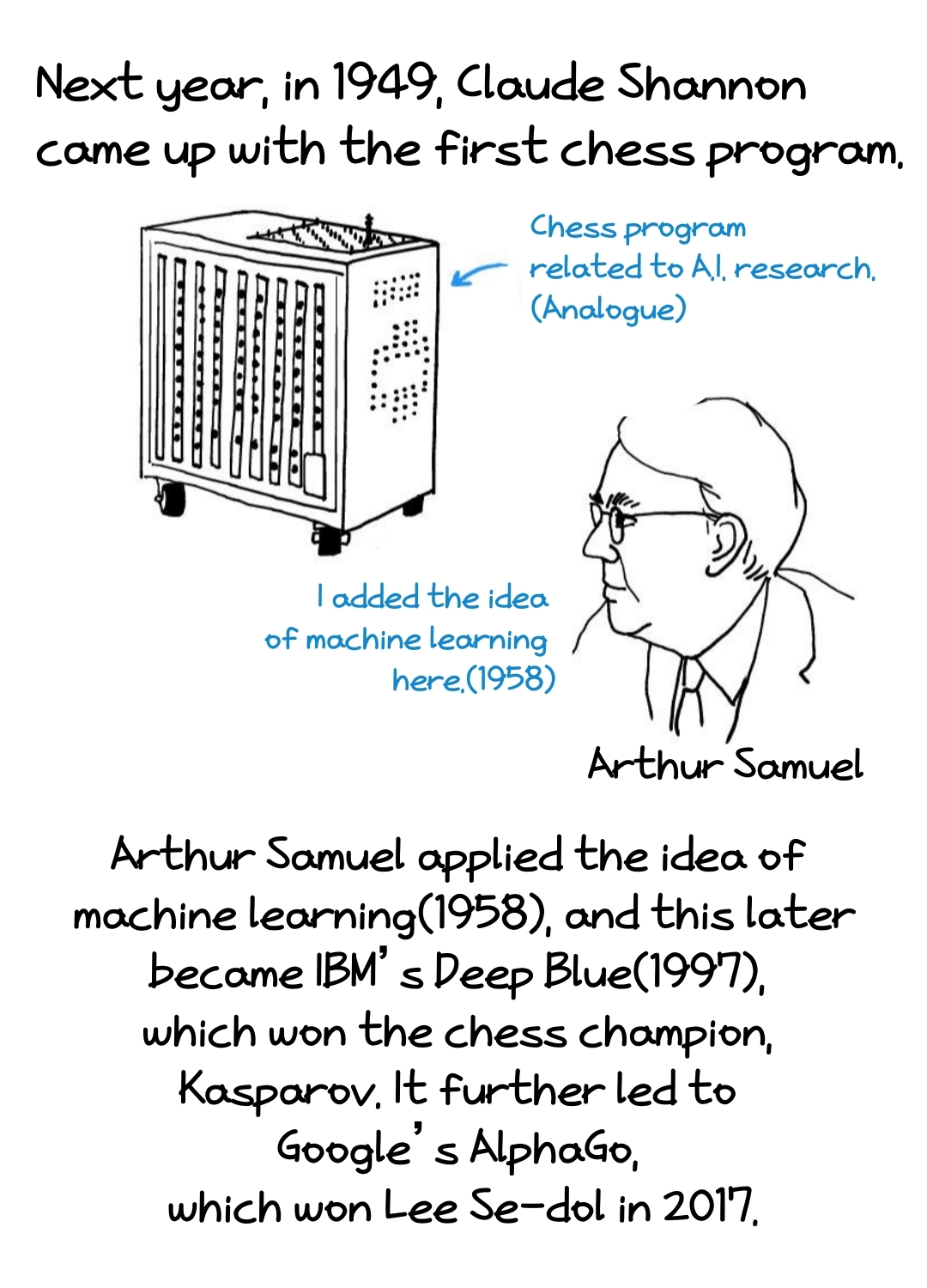 Next year, in 1949, Claude Shannon came up with the first chess program.
Arthur Samuel applied the idea of machine learning(1958),
and this later became IBM’s Deep Blue(1997),
which won the chess champion, Kasparov.
The Turing Bombe later became the Colossus computer,
It further led to Google’s AlphaGo, which won Lee Se-dol in 2017. 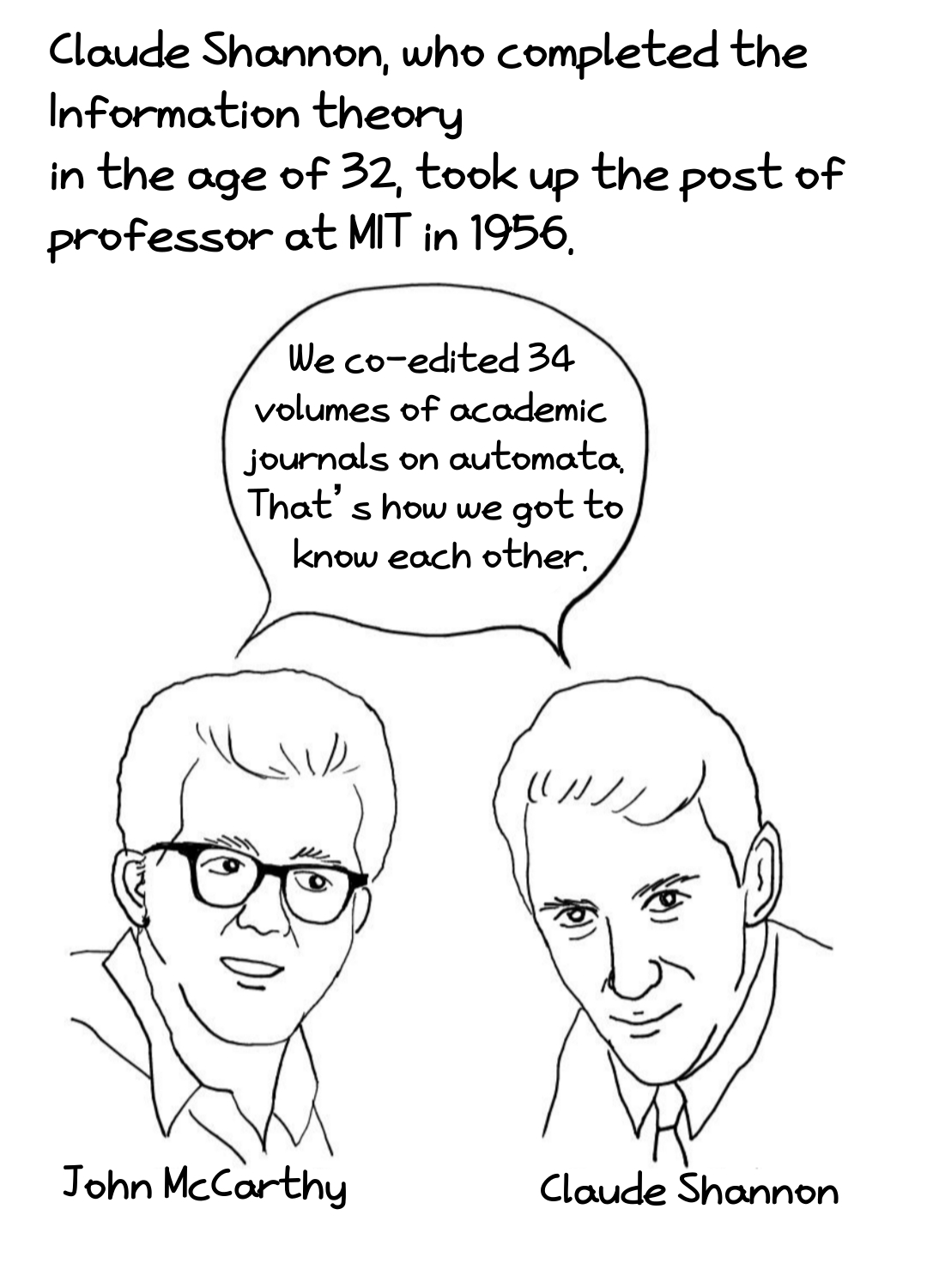 Claude Shannon, who completed the Information theory
In the age of 32, took up the post of professor at MIT in 1956. 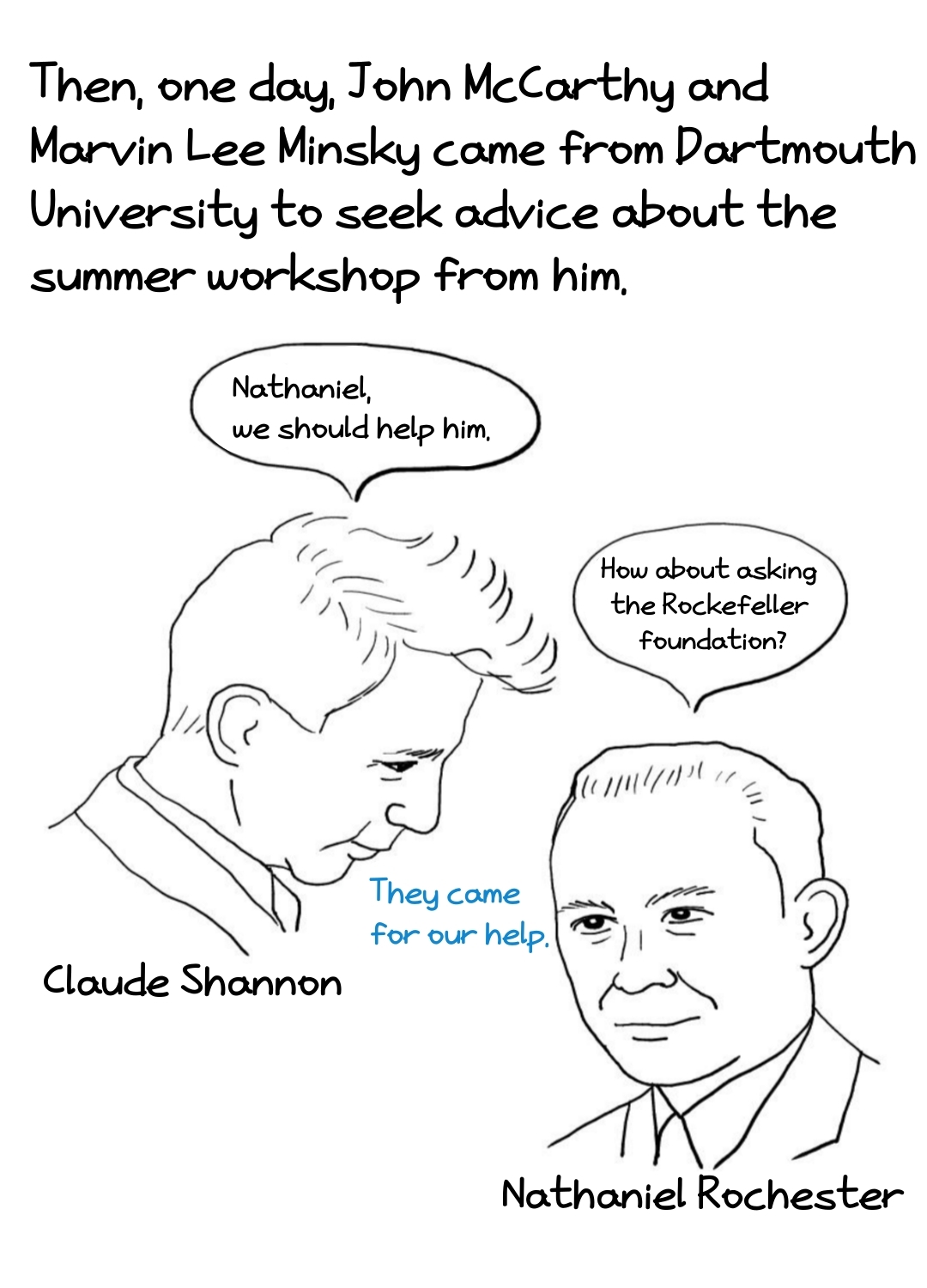 Then, one day, John McCarthy
and Marvin Lee Minsky came from Dartmouth University
to seek advice about the summer workshop from him. 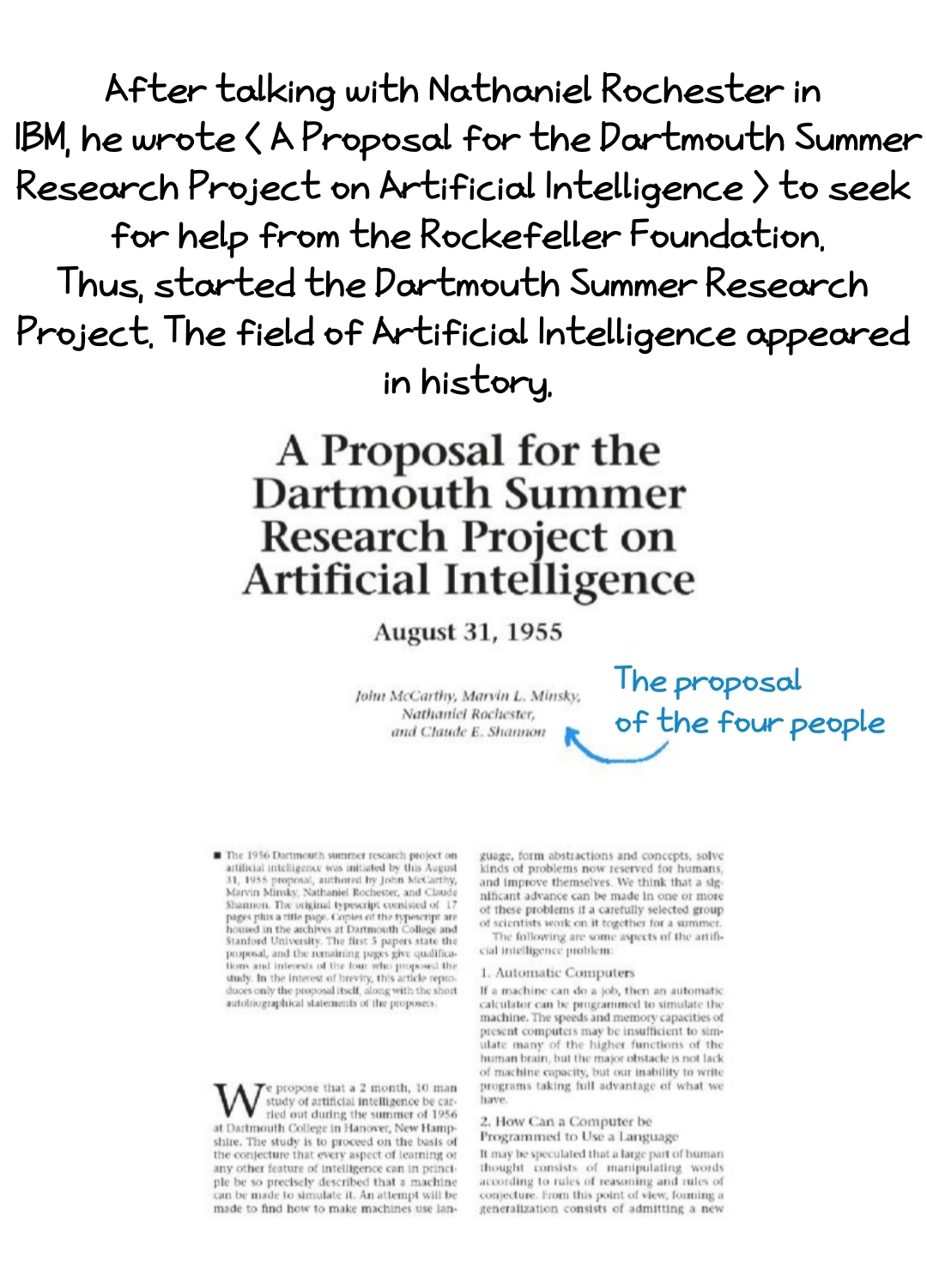 After talking with Nathaniel Rochester in IBM,
he wrote ‘A Proposal for the Dartmouth Summer Research Project on Artificial Intelligence’
to seek for help from the Rockefeller Foundation.
Thus, started the Dartmouth Summer Research Project.
The field of Artificial Intelligence appeared in history.
Do you need database performance monitoring? Contact us and we will send you a free quote
[email protected]