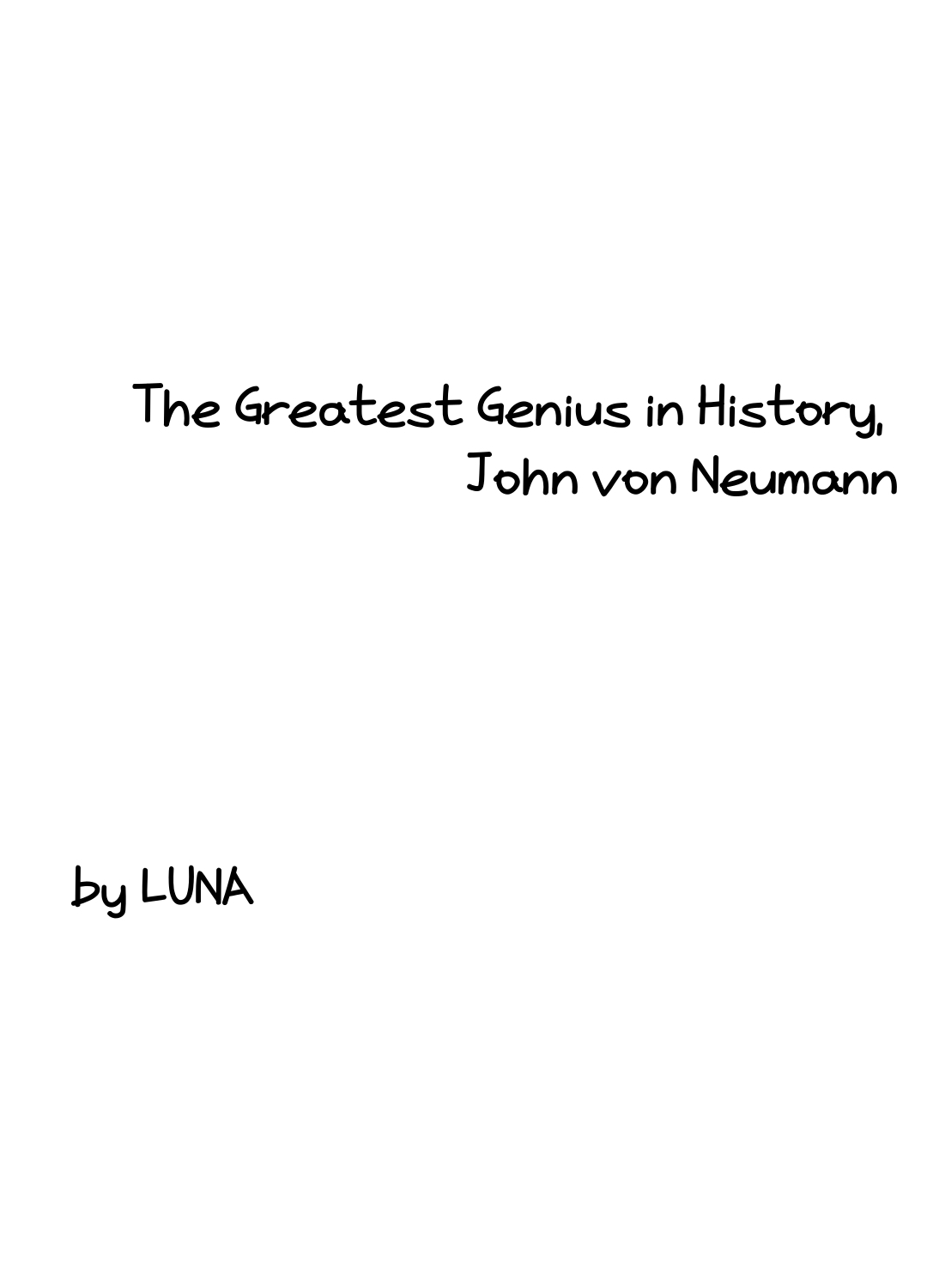 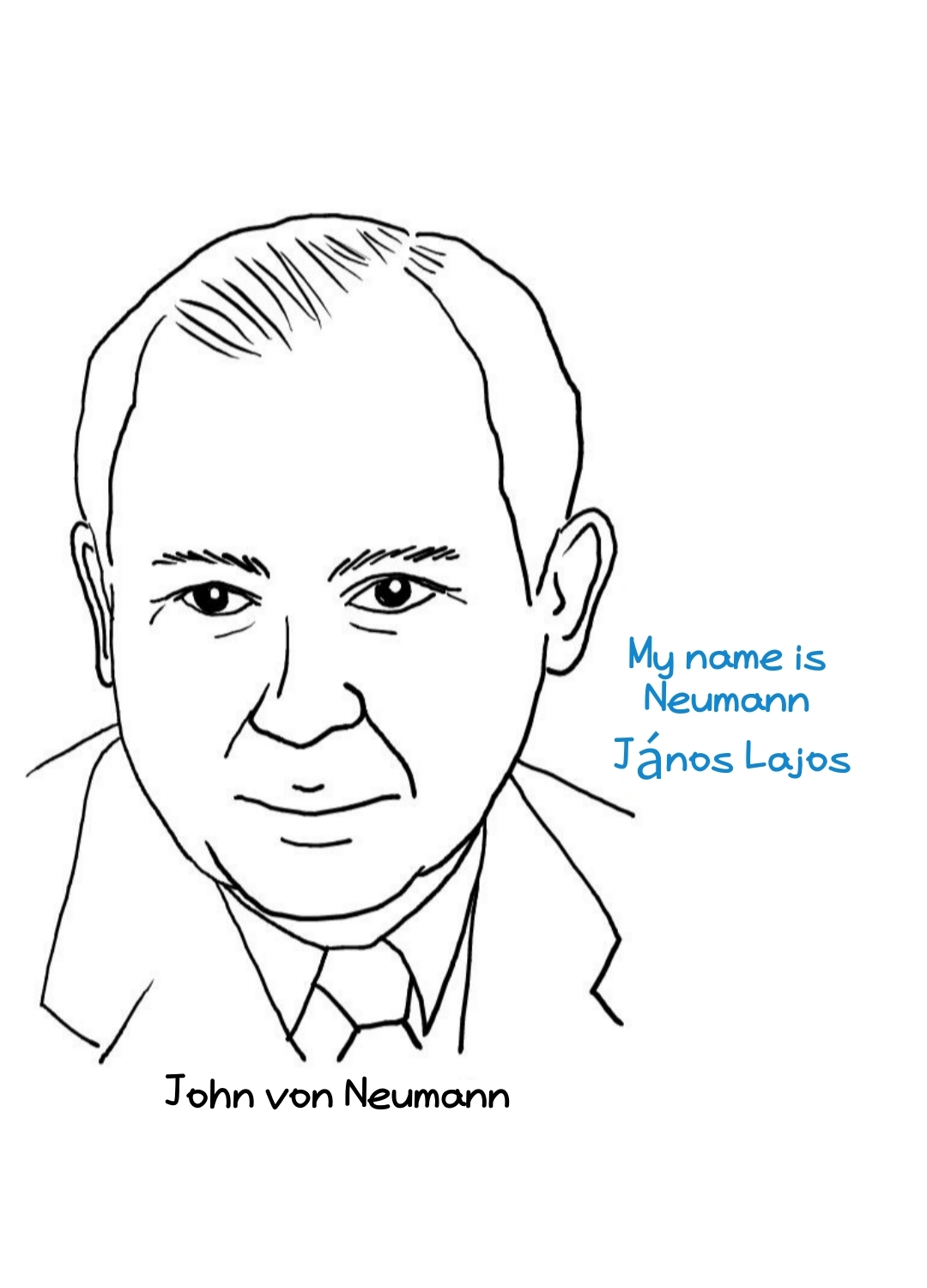 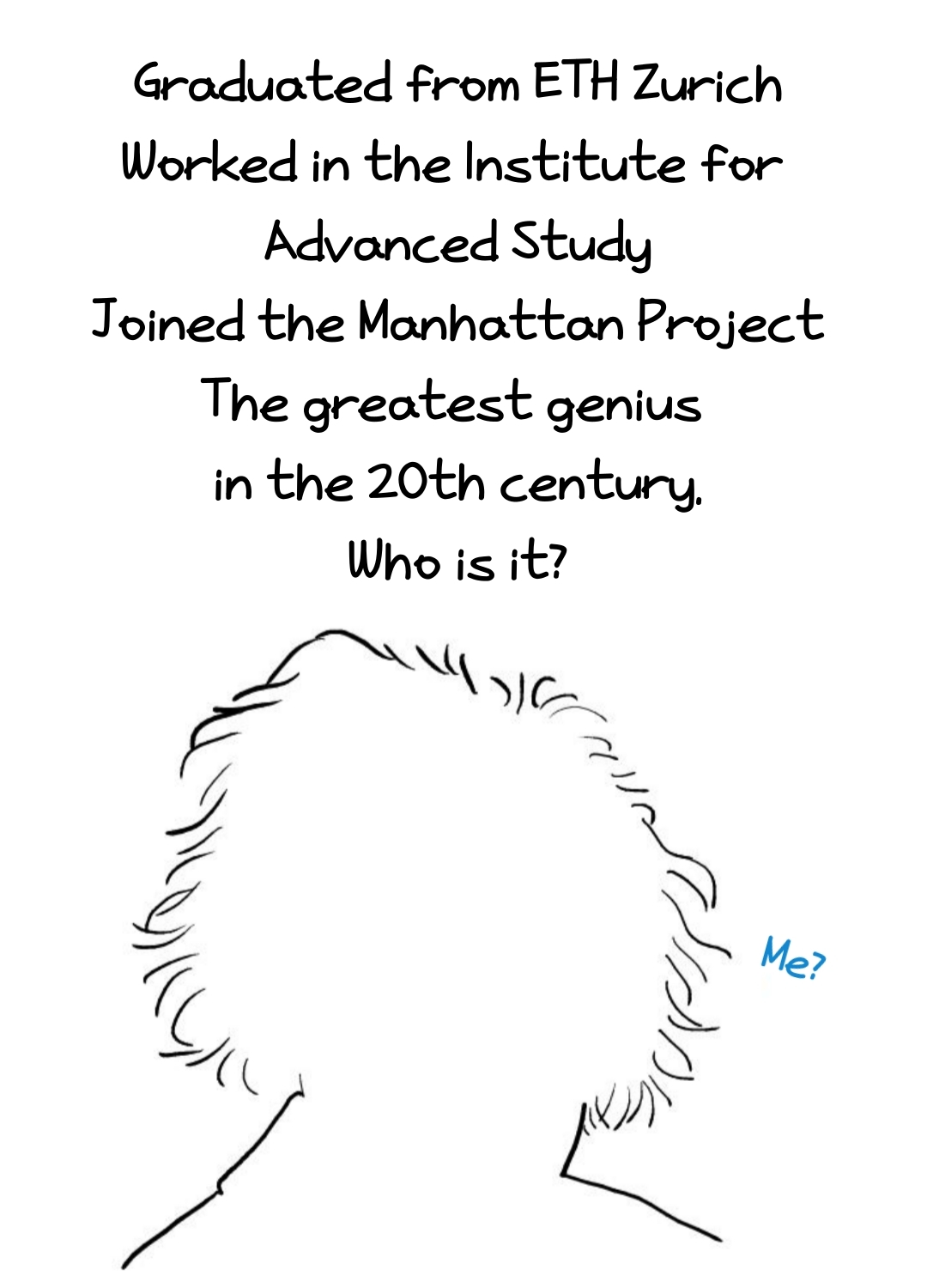 Graduated from ETH Zurich
Worked in the Institute for Advanced Study
Joined the Manhattan Project
The greatest genius in the 20th century.
Who is it? 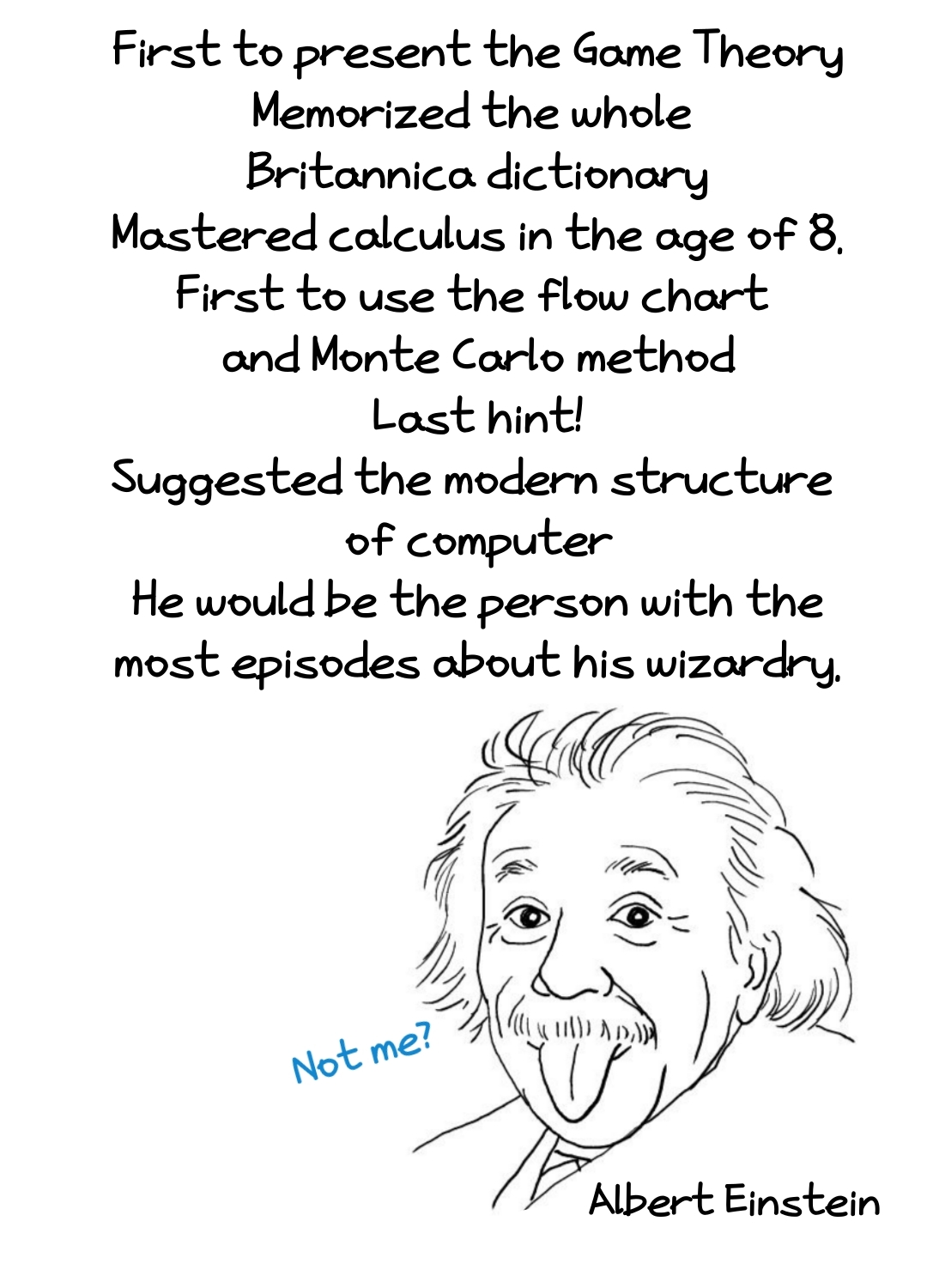 First to present the Game Theory Memorized the whole Britannica dictionary
Mastered calculus in the age of 8.
First to use the flow chart and Monte Carlo method
Last hint!
Suggested the modern structure of computer
He would be the person with the most episodes about his wizardry. 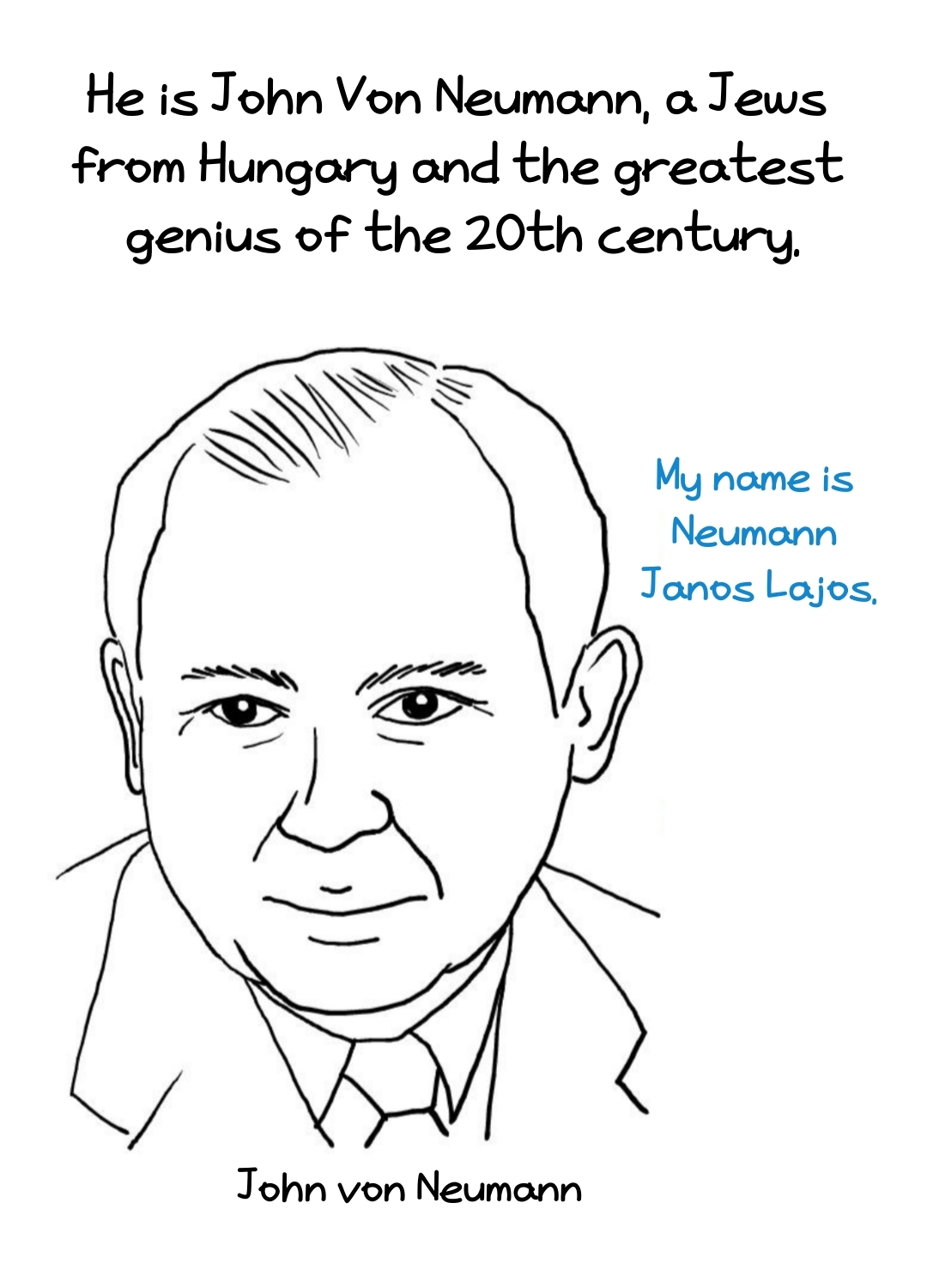 He is John Von Neumann, a Jews from Hungary
and the greatest genius of the 20th century. 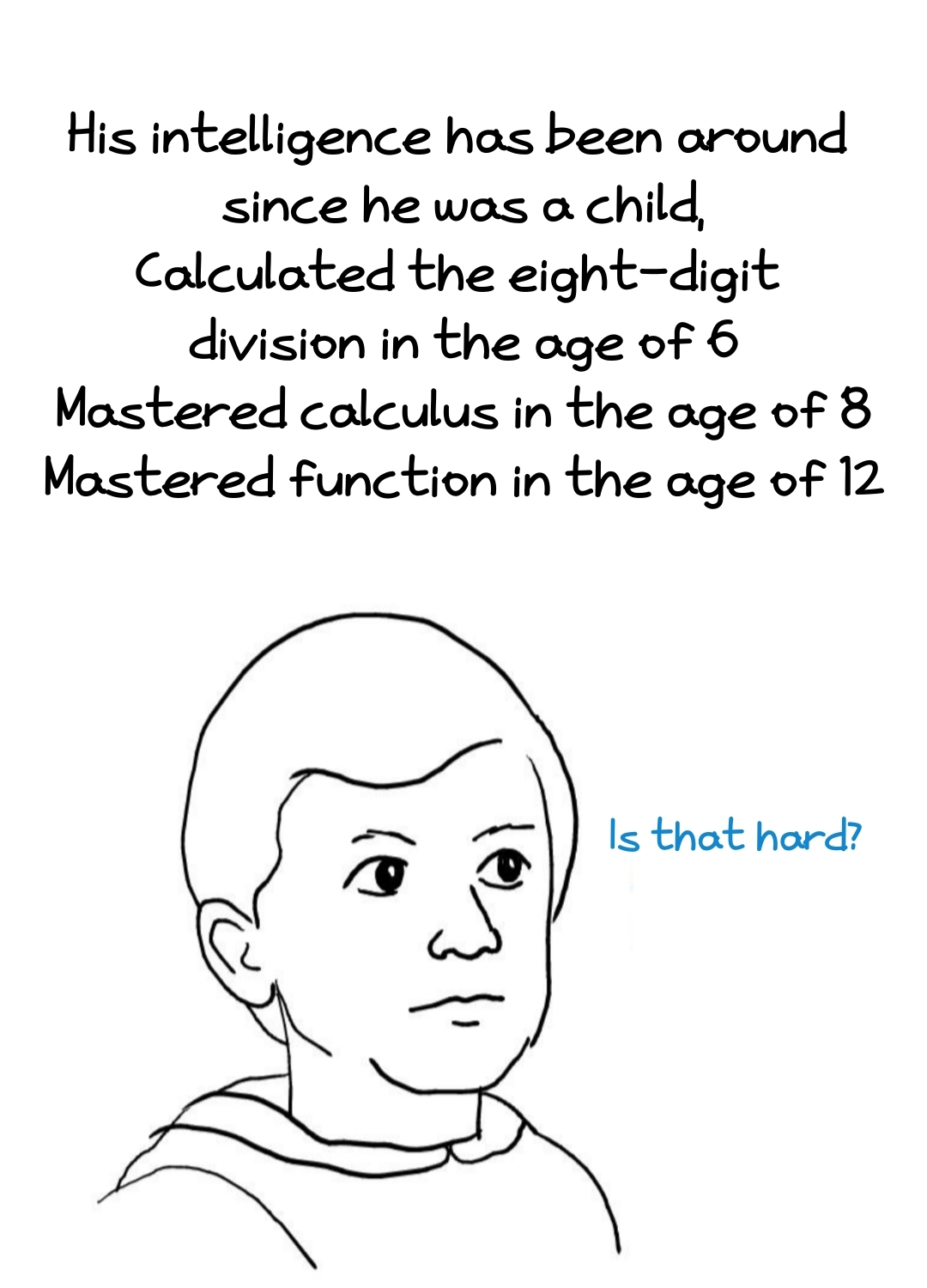 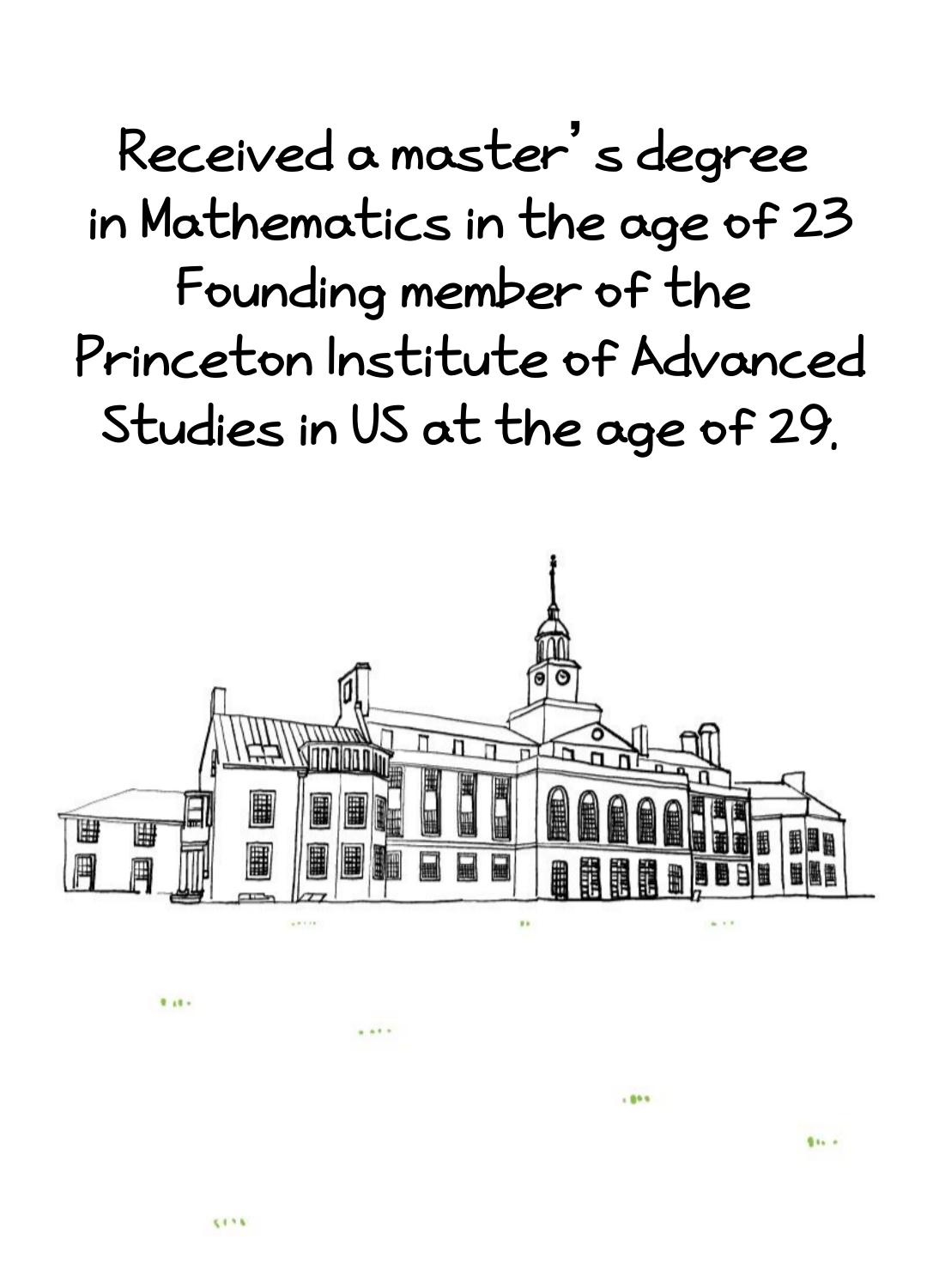 Received a master’s degree in Mathematics in the age of 23
Founding member of the Princeton Institute of Advanced Studies in US at the age of 29. 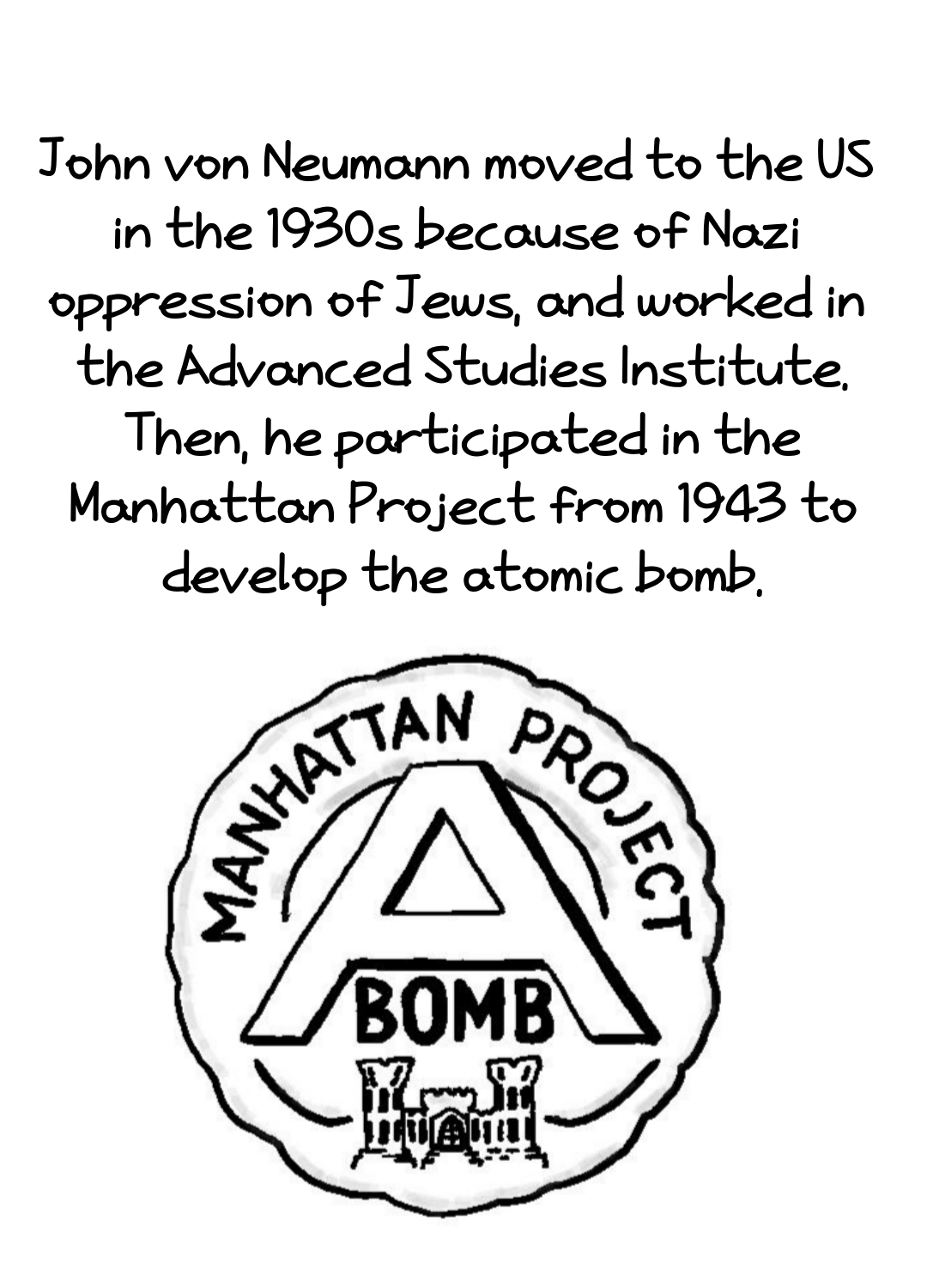 John von Neumann moved to the US in the 1930s
because of Nazi oppression of Jews, and worked in the Advanced Studies Institute.
Then, he participated in the  Manhattan Project
from 1943 to develop the atomic bomb. 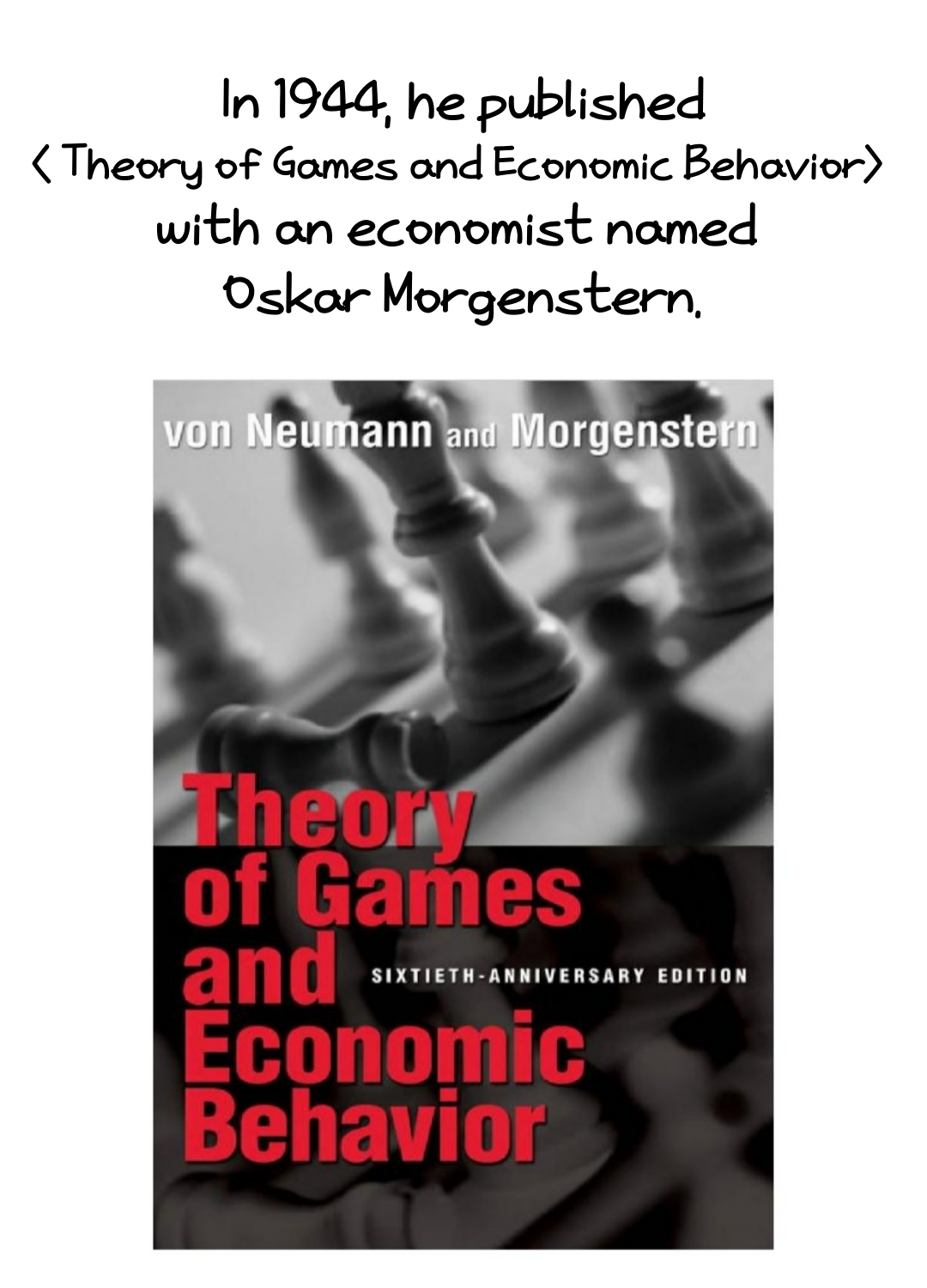 In 1944, he published 'Theory of Games and Economic Behavior'
with an economist named Oskar Morgenstern. 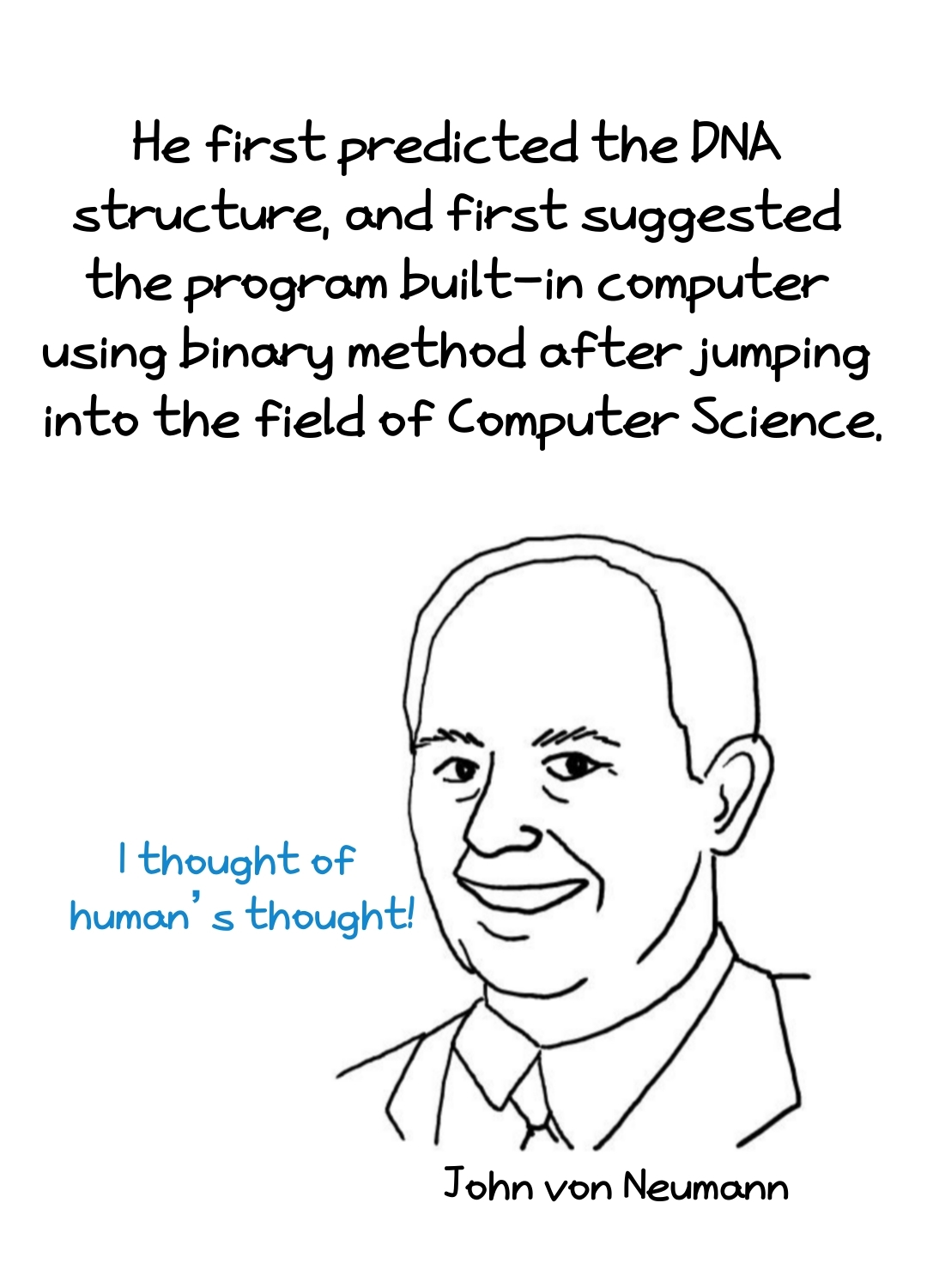 He first predicted the DNA structure, and first suggested
the program built-in computer using binary method
after jumping into the field of Computer Science. 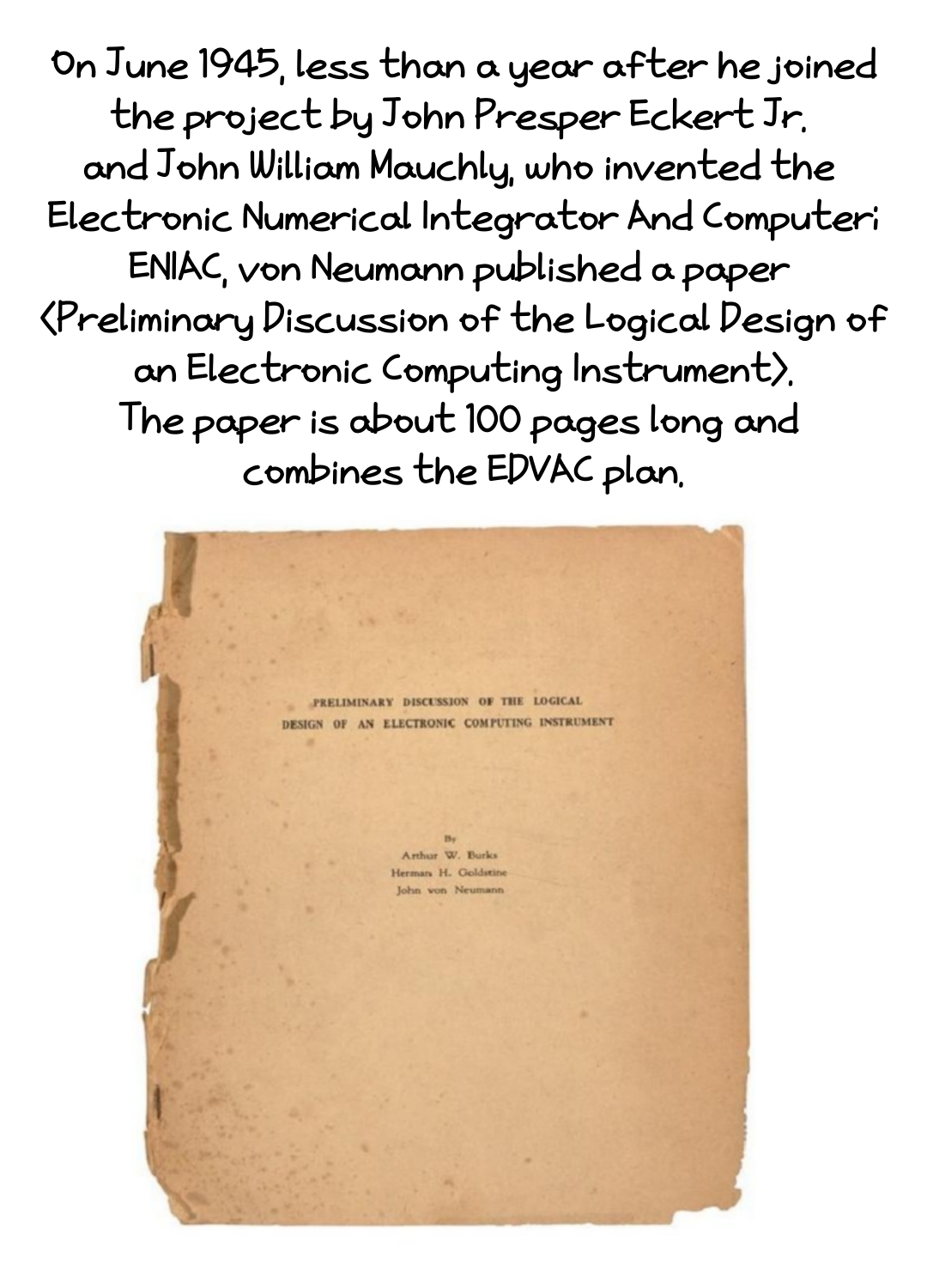 On June 1945, less than a year after he joined the project
by John Presper Eckert Jr.
and John William Mauchly,
who invented the Electronic Numerical Integrator And Computer; ENIAC,
on Neumann published a paper 'Preliminary Discussion of the Logical Design of an Electronic Computing Instrument'.
The paper is about 100 pages long and combines the EDVAC plan. 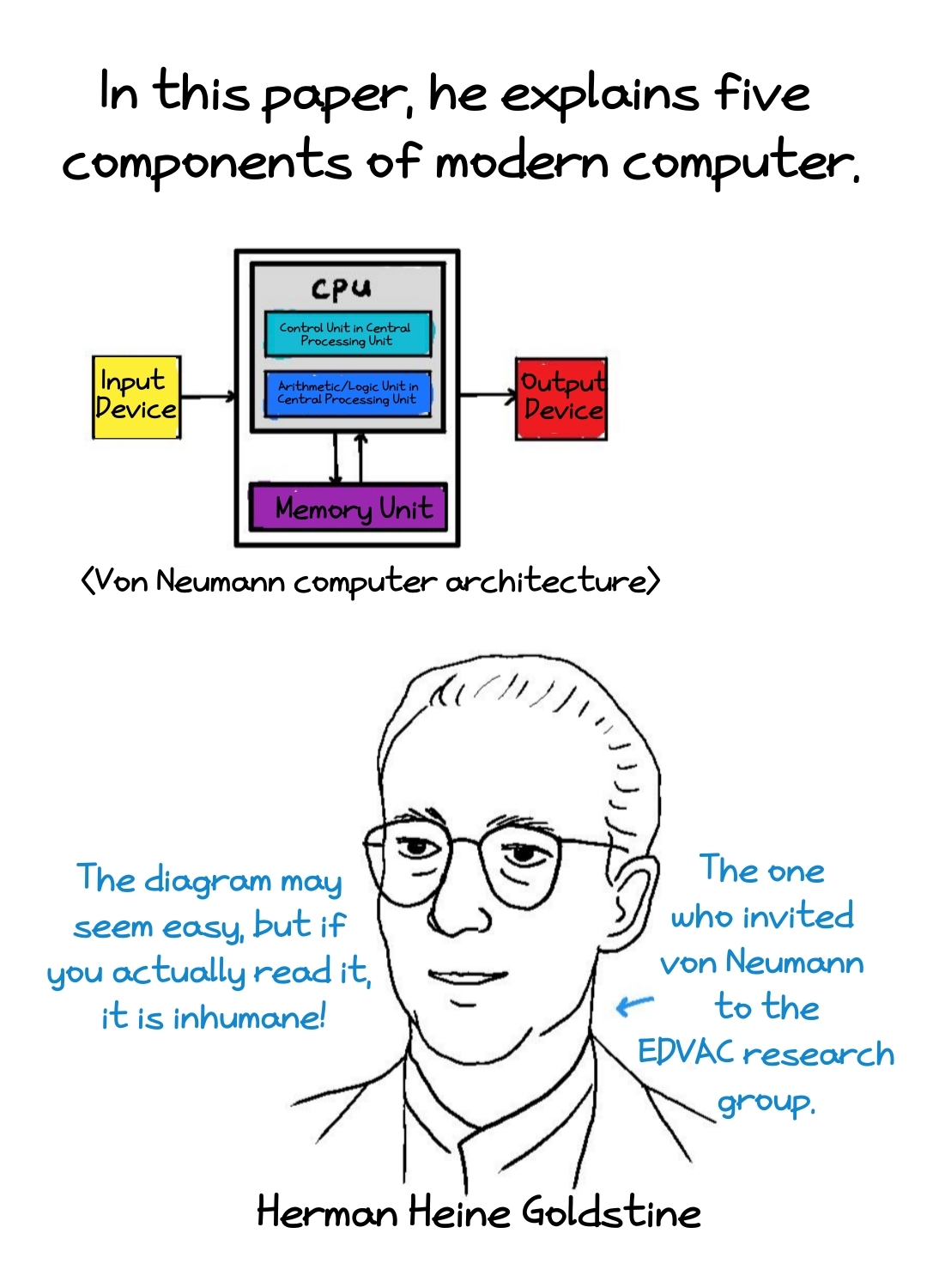 In this paper, he explains five components of modern computer. 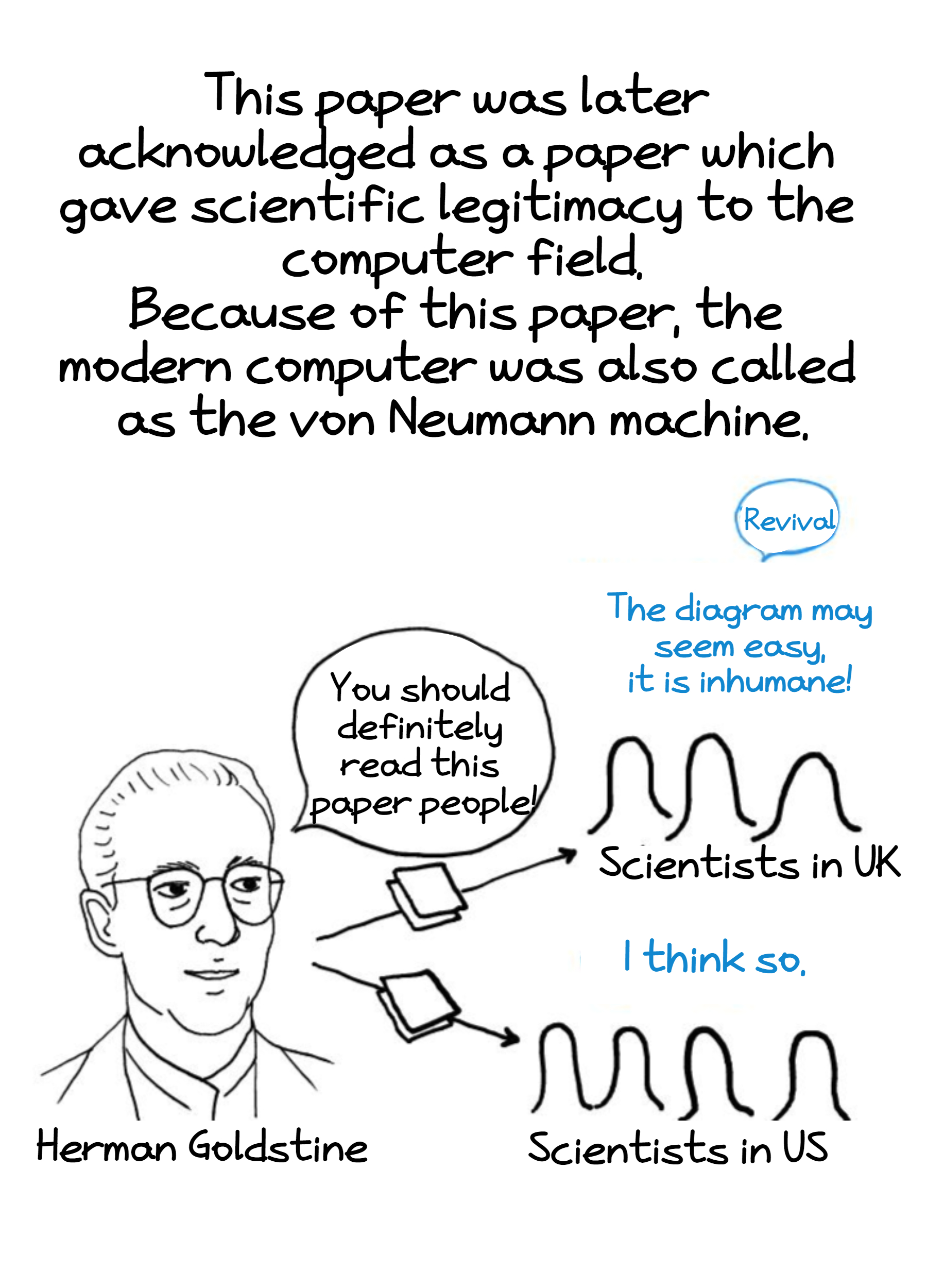 This paper was later acknowledged as a paper
which gave scientific legitimacy to the computer field.
Because of this paper, the modern computer was also called
as the von Neumann machine. 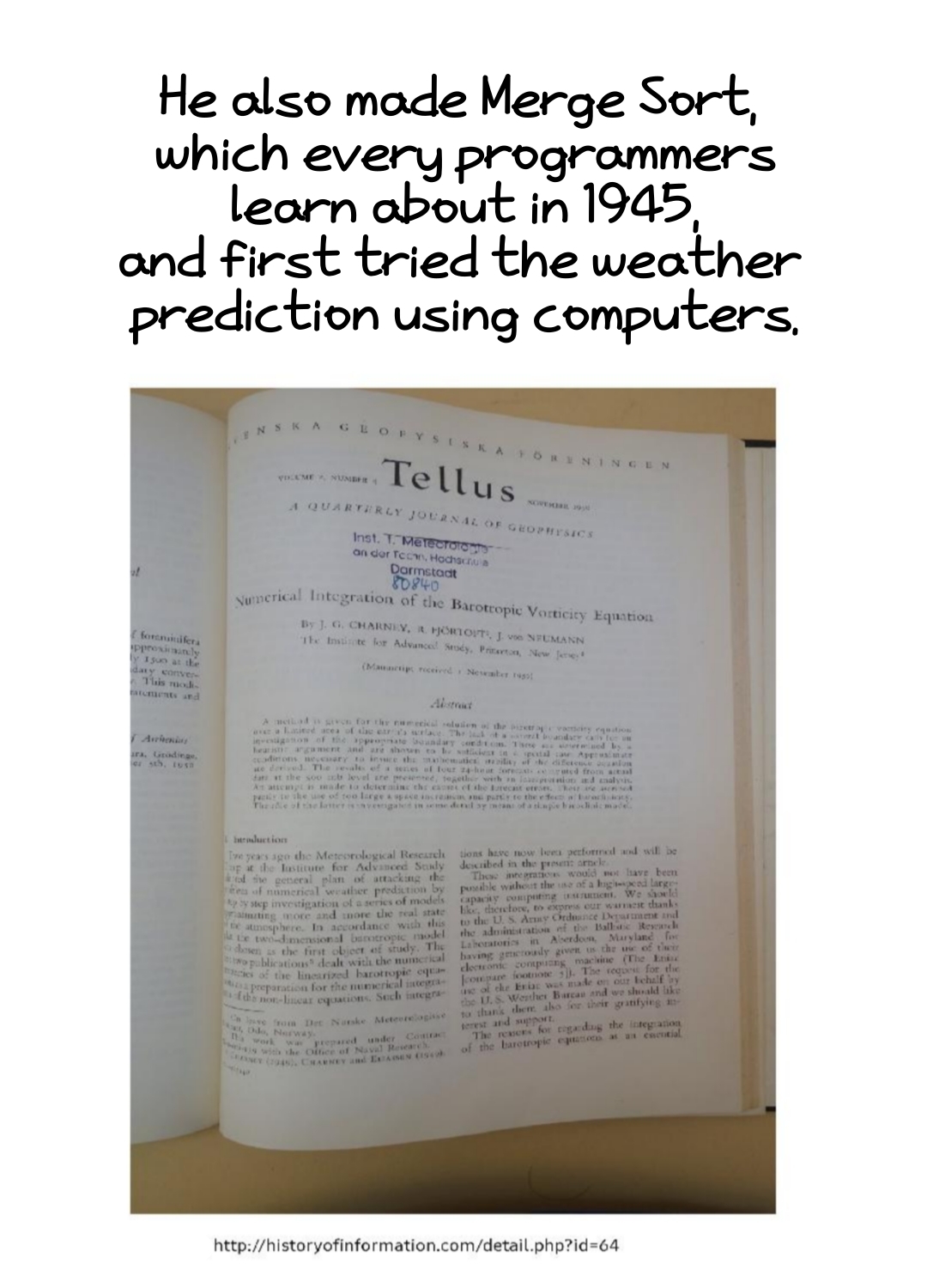 He also made Merge Sort, which every programmers learn about in 1945,
and first tried the weather prediction using computers. 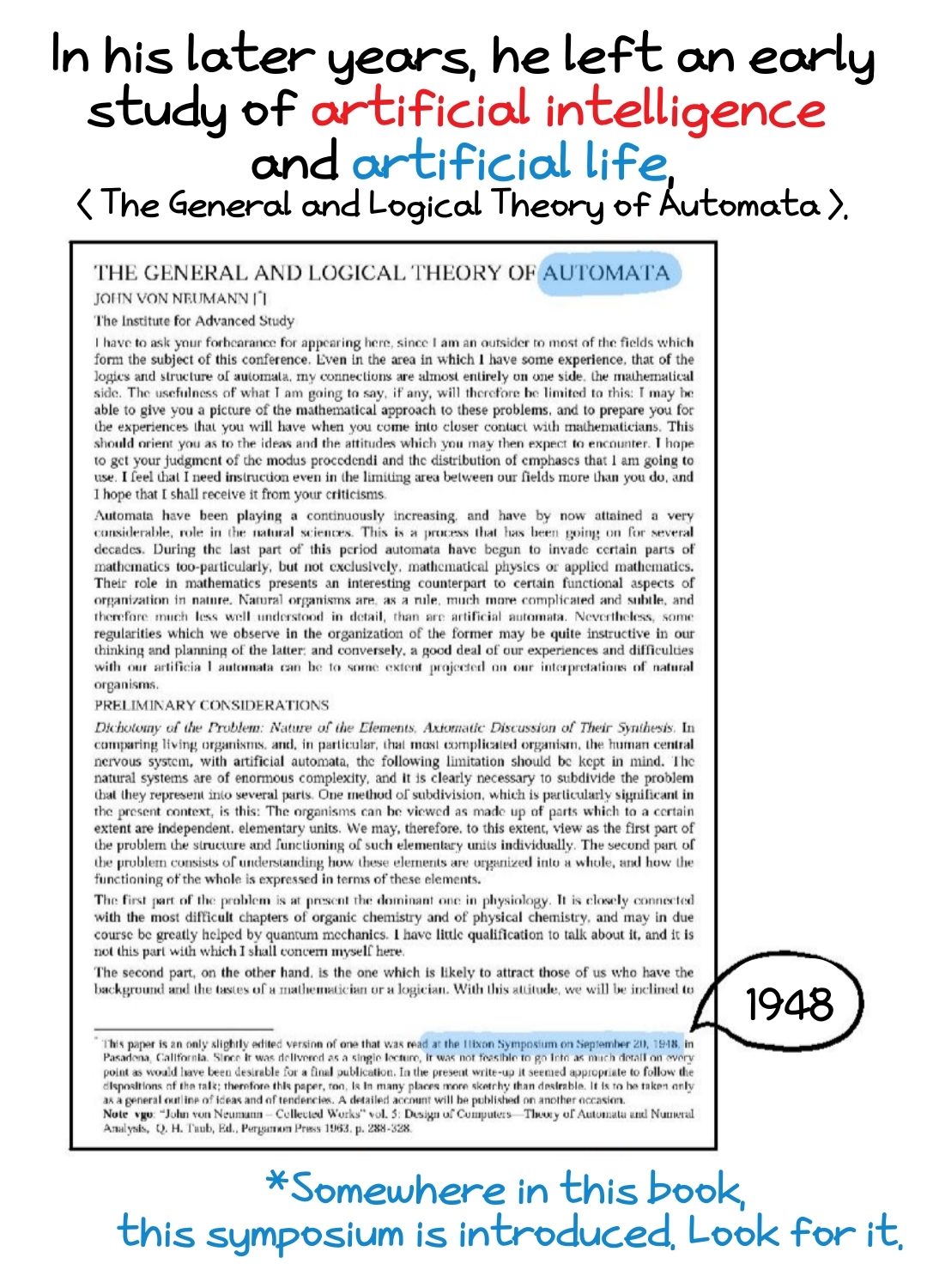 In his later years, he left an early study of artificial intelligence  and artificial life,
'The General and Logical Theory of Automata'. 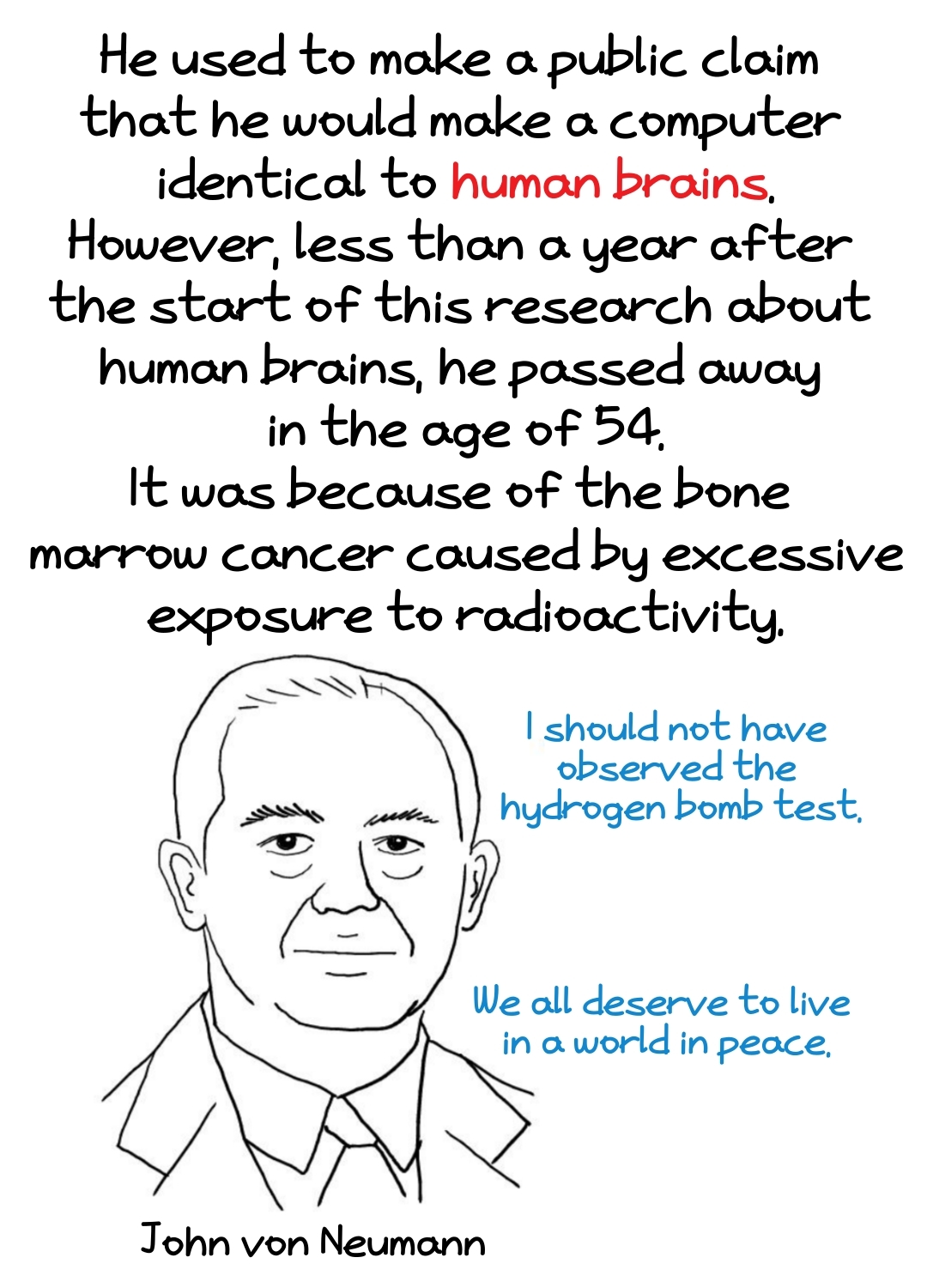 He used to make a public claim
that he would make a computer identical to human brains.
However, less than a year after the start
of this research about human brains, he passed away in the age of 54.
It was because of the bone marrow cancer caused
by excessive exposure to radioactivity. 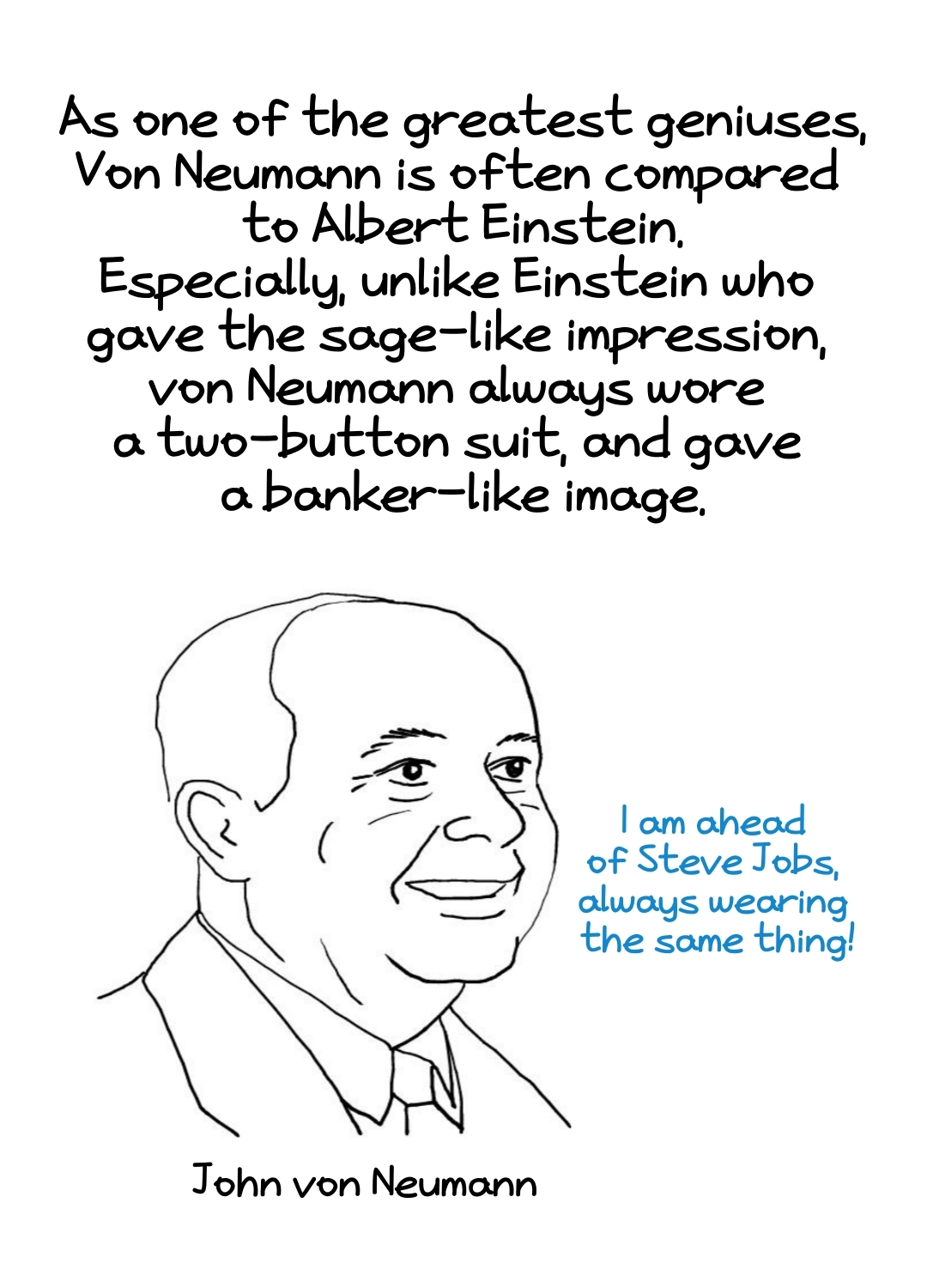 As one of the greatest geniuses, Von Neumann is often compared  to Albert Einstein.
Especially, unlike Einstein who gave the sage-like impression,
von Neumann always wore a two-button suit,
and gave a banker-like image. 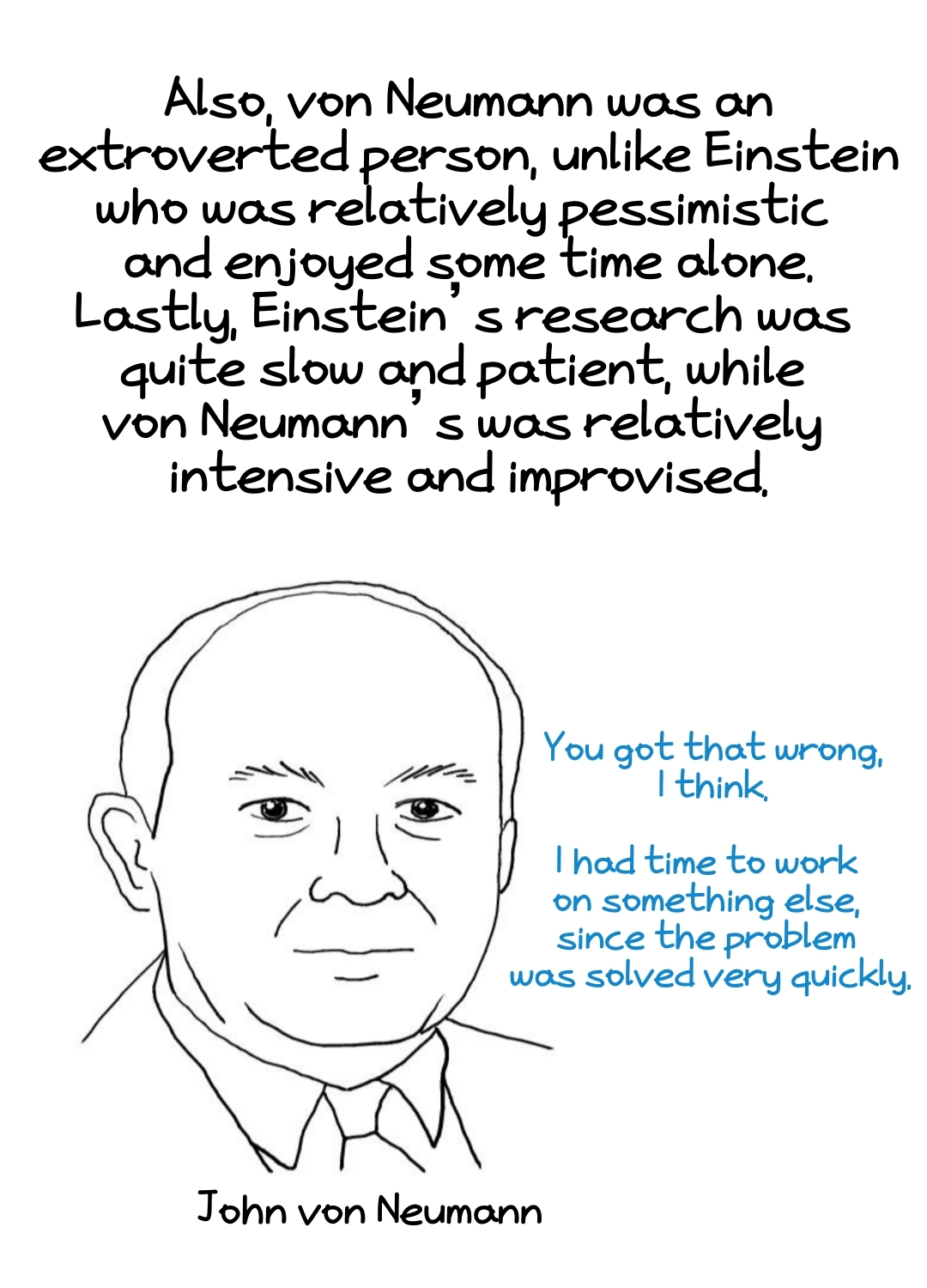 Also, von Neumann was an extroverted person, unlike Einstein
who was relatively pessimistic and enjoyed some time alone.
Lastly, Einstein’s research was quite slow and patient,
while von Neumann’s was relatively intensive and improvised. 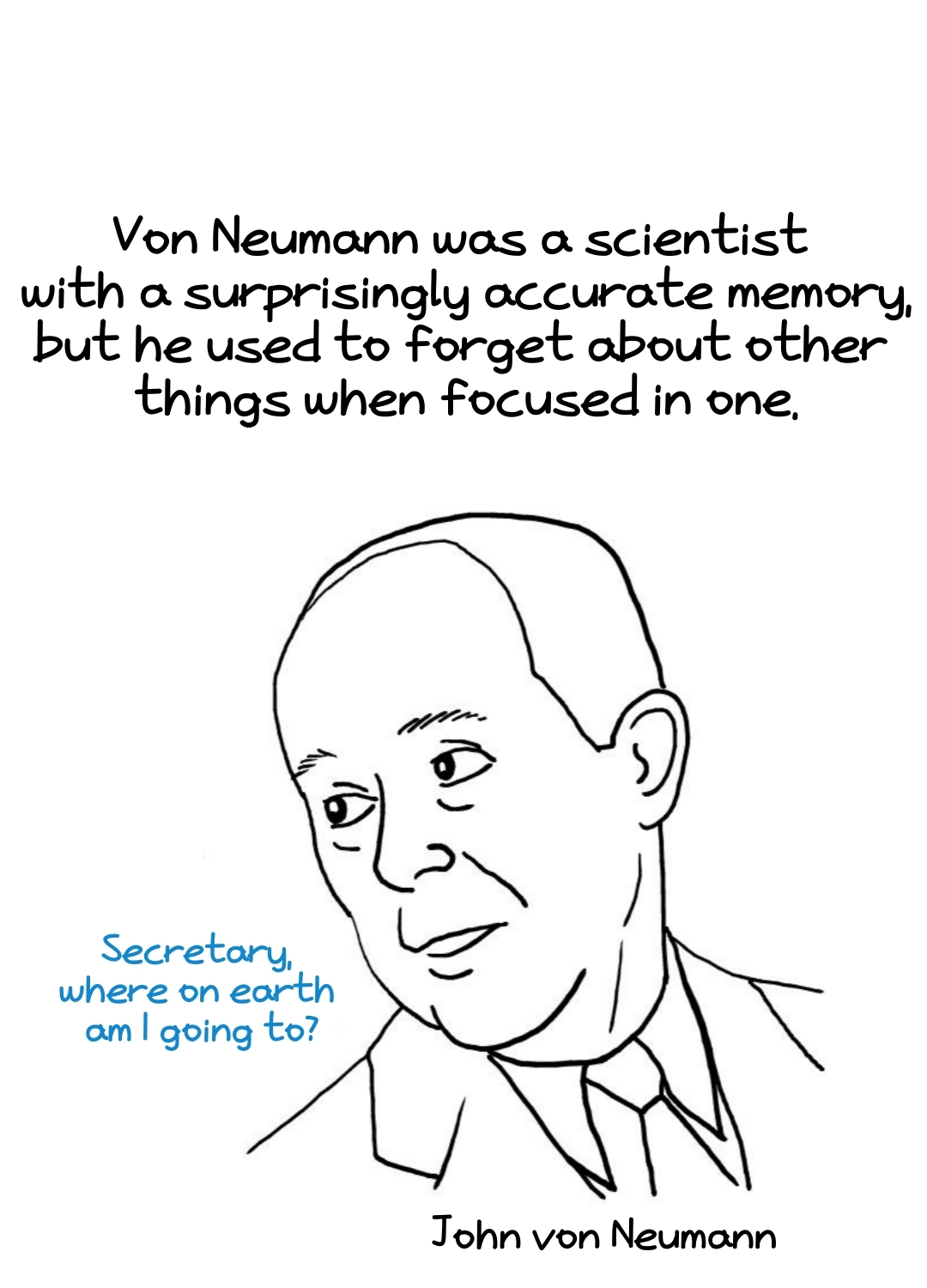 Von Neumann was a scientist with a surprisingly accurate memory,
but he used to forget about other things when focused in one. 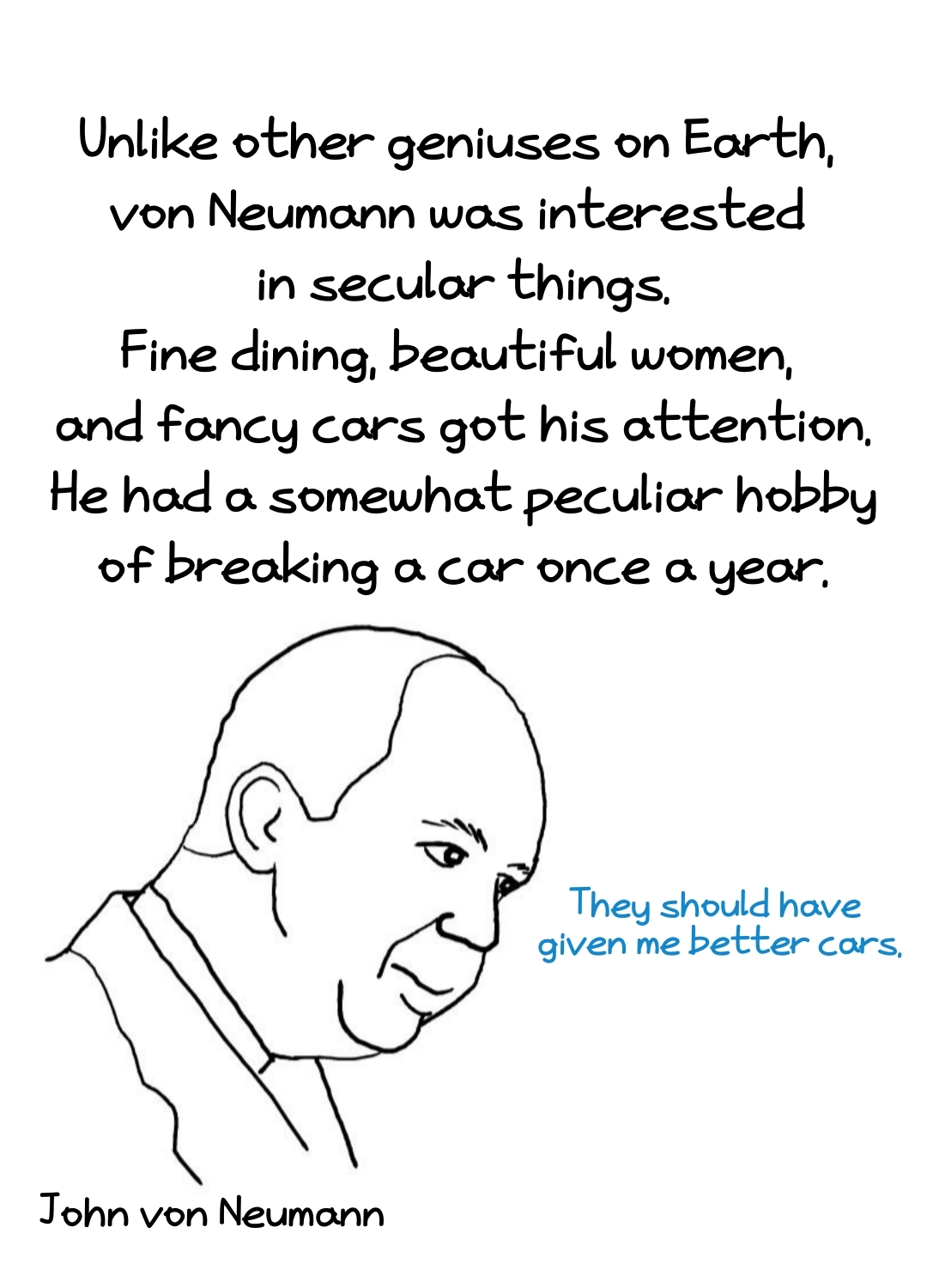 Unlike other geniuses on Earth, von Neumann was interested in secular things.
Fine dining, beautiful women, and fancy cars got his attention.
He had a somewhat peculiar hobby of breaking a car once a year.
Do you need database performance monitoring? Contact us and we will send you a free quote
[email protected]