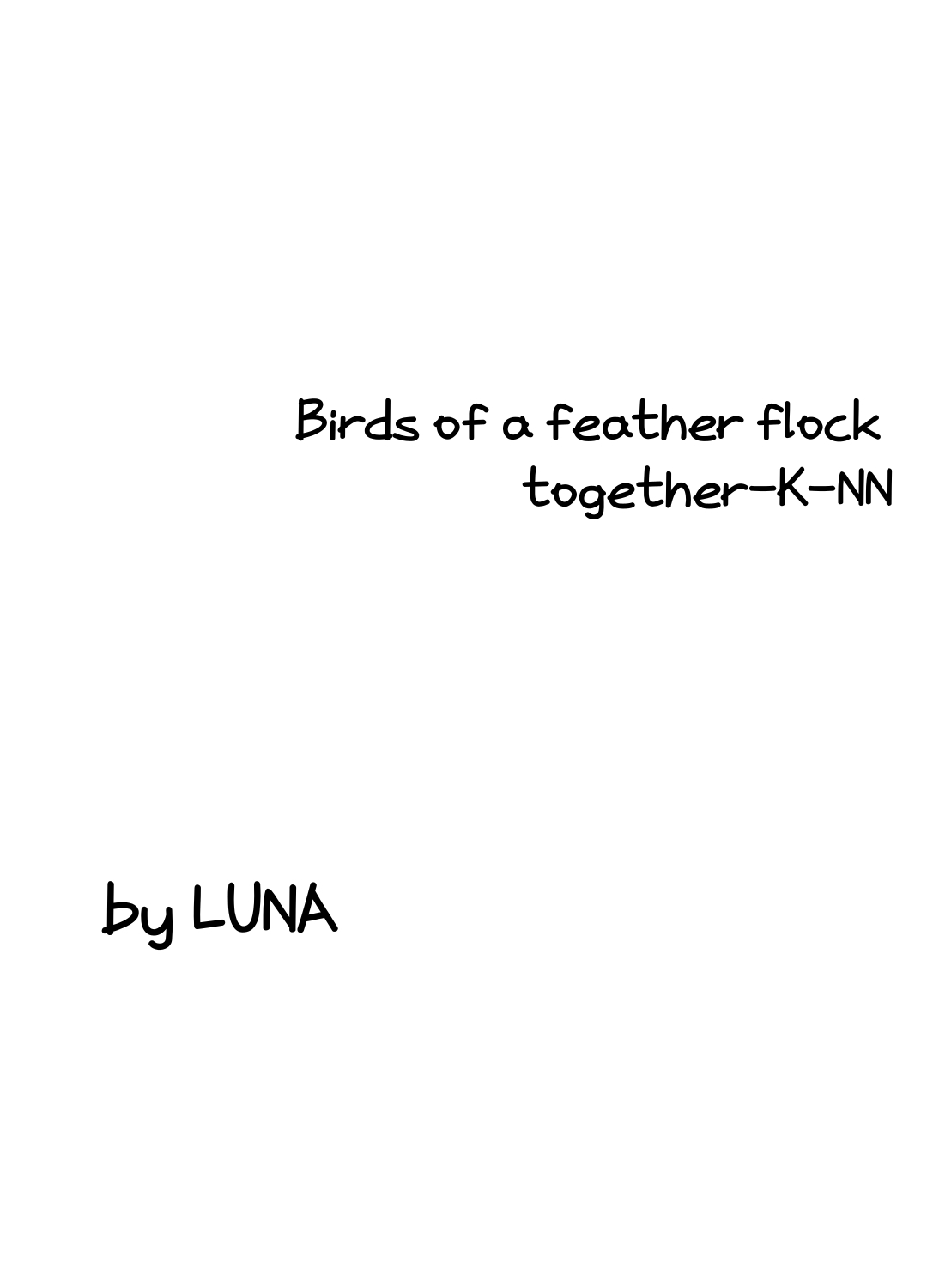 Birds of a feather flock together-K-NN 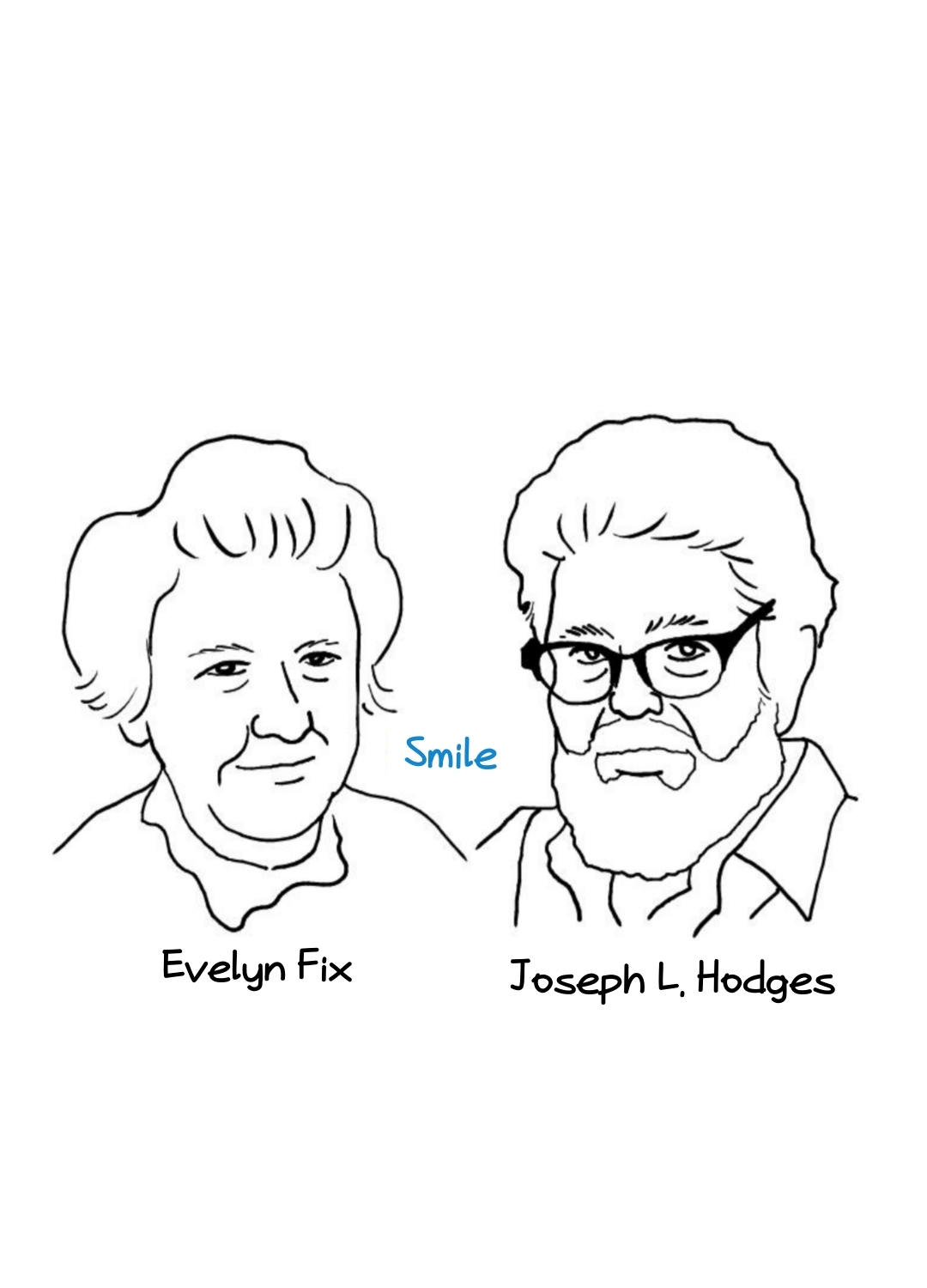 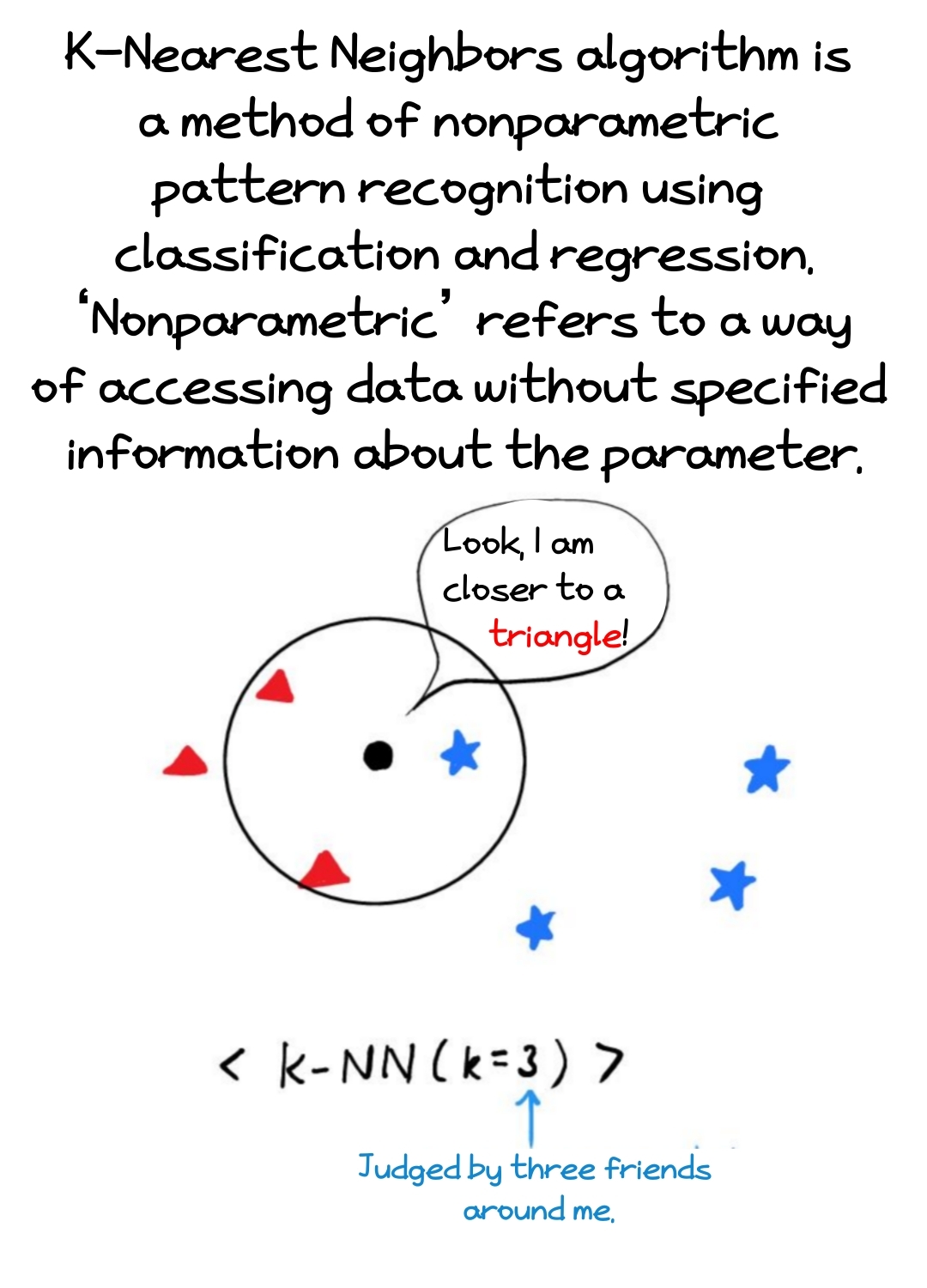 K-Nearest Neighbors algorithm is a method
of nonparametric pattern recognition using classification and regression.
‘Nonparametric’ refers to a way of accessing data
Twithout specified information about the parameter. 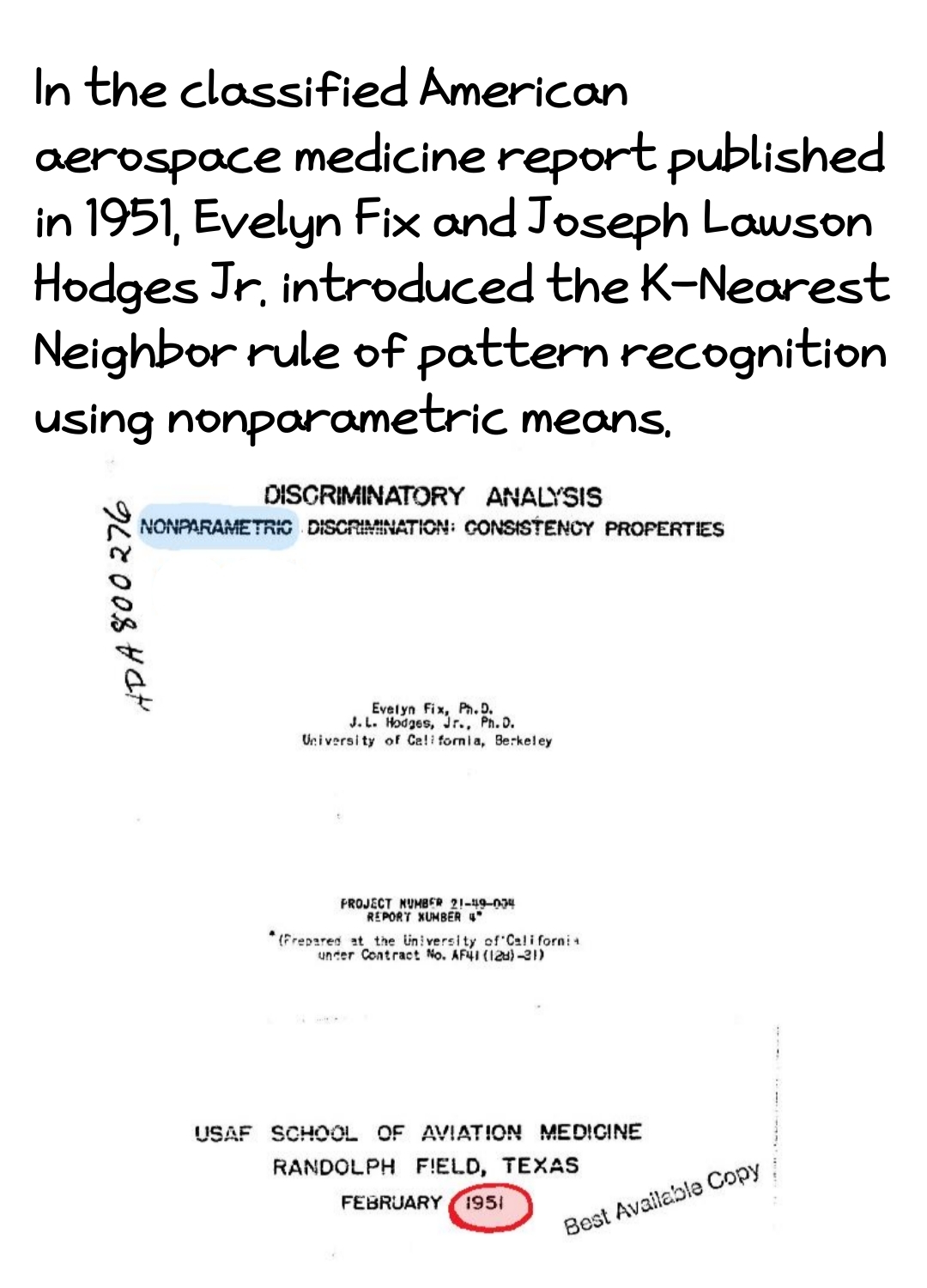 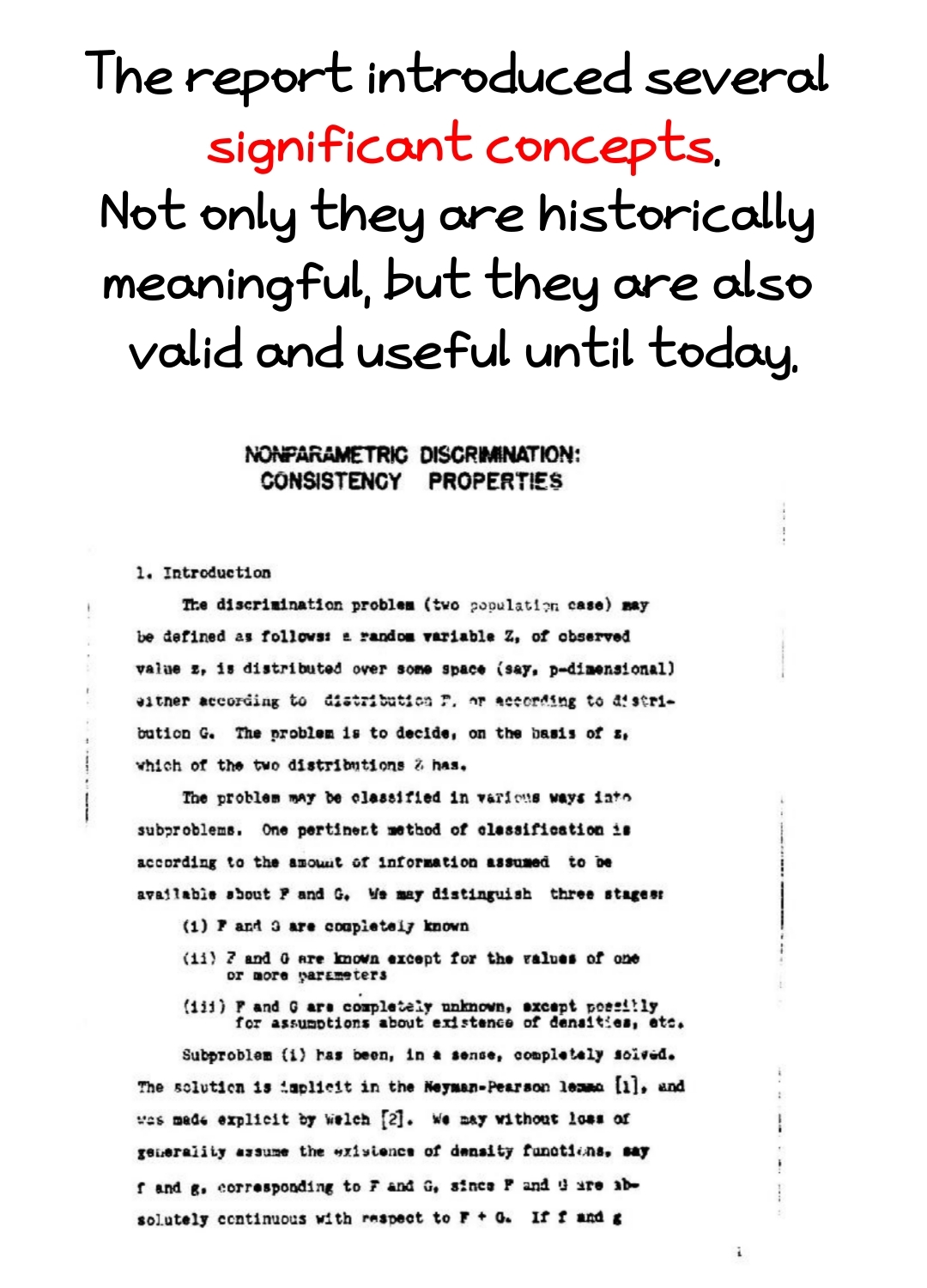 The report introduced several significant concepts.
Not only they are historically meaningful,
but they are also valid and useful until today. 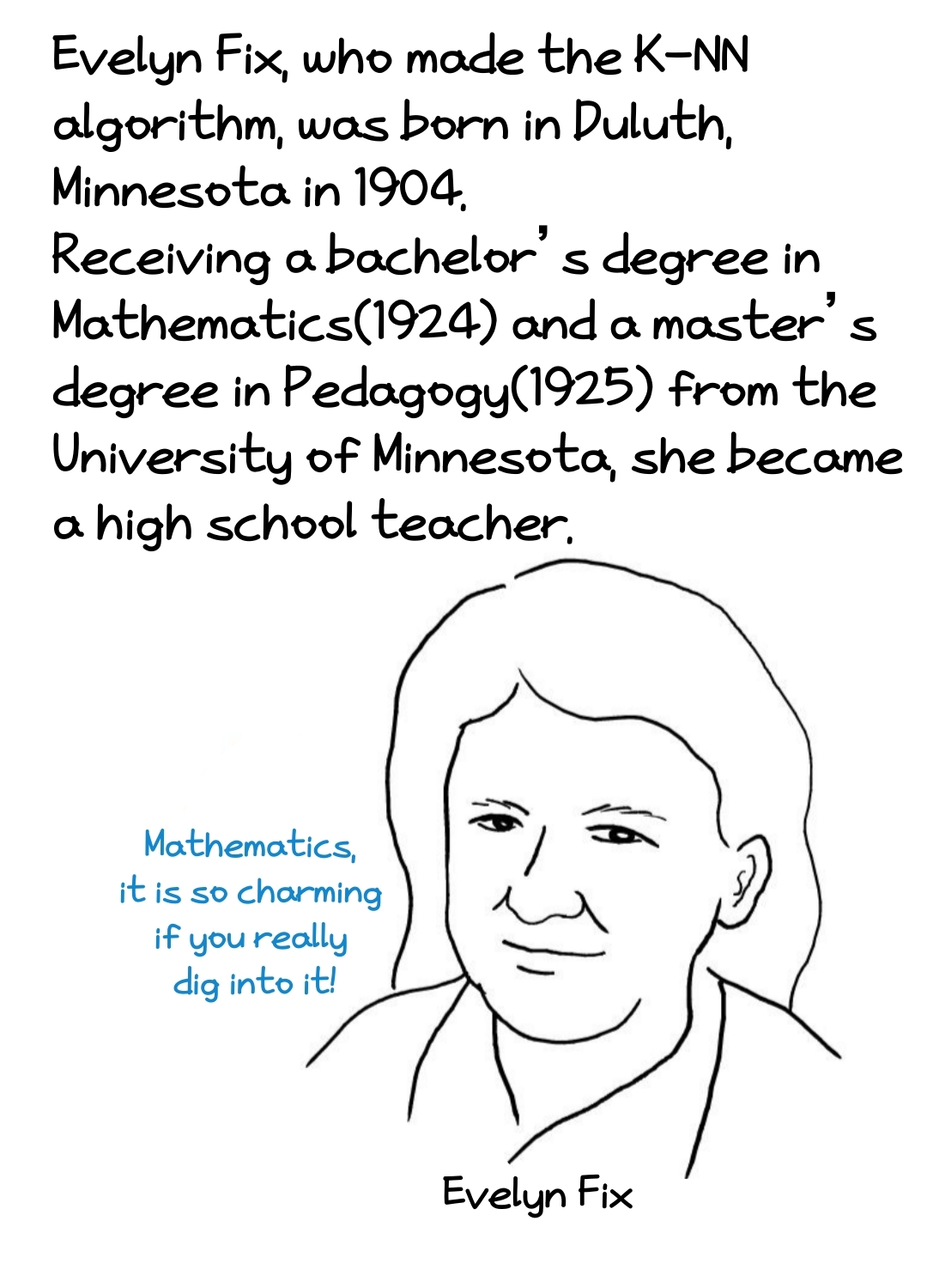 Evelyn Fix, who made the K-NN algorithm, was born
in Duluth, Minnesota in 1904.
Receiving a bachelor’s degree in Mathematics(1924)
and a master’s degree in Pedagogy(1925)
from the University of Minnesota,
she became a high school teacher. 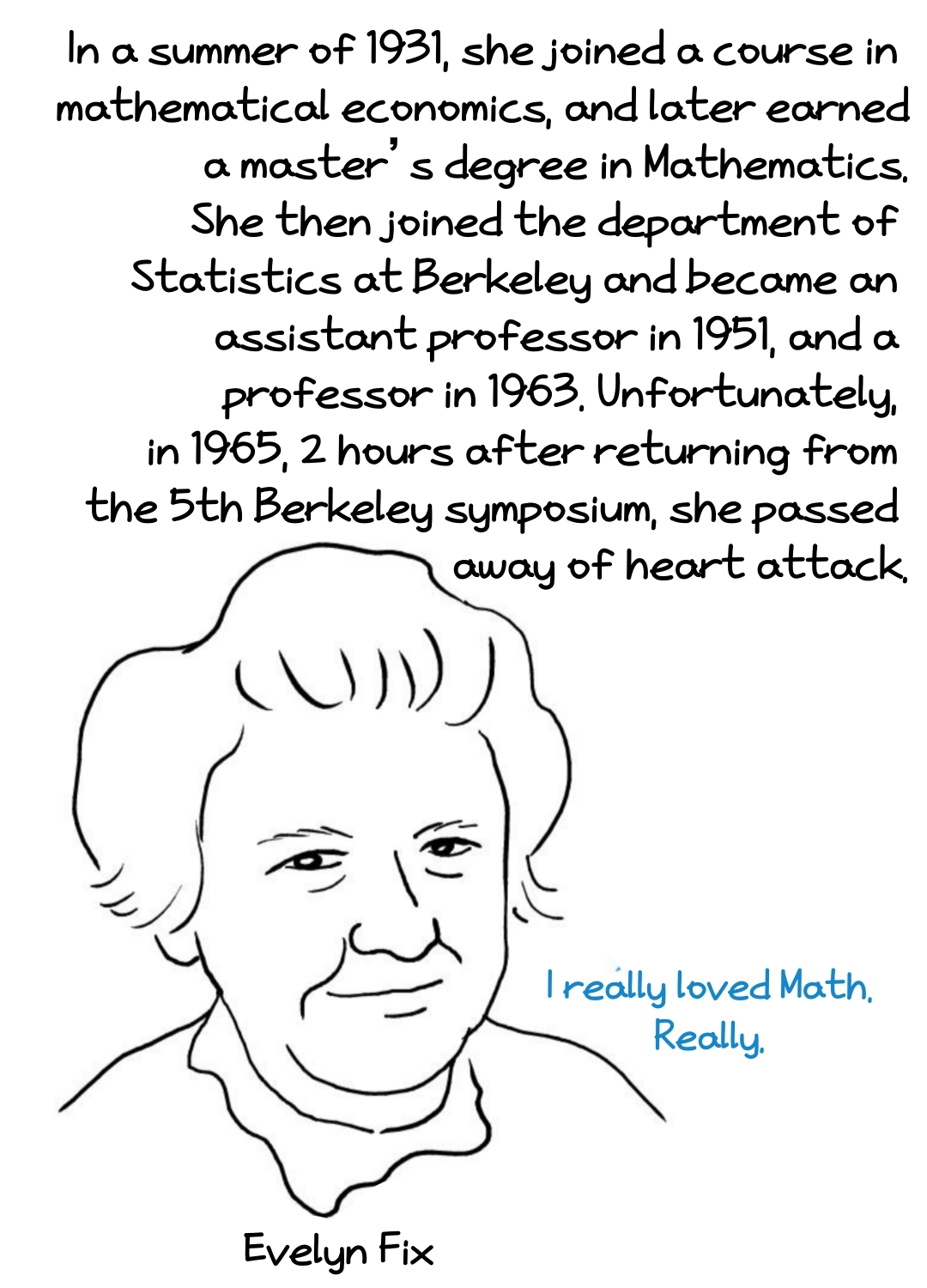 In a summer of 1931, she joined a course in mathematical economics,
and later earned a master’s degree in Mathematics.
She then joined the department of Statistics at Berkeley
and became an assistant professor in 1951,
and a professor in 1963. Unfortunately, in 1965,
2 hours after returning from the 5th Berkeley symposium,
she passed away of heart attack. 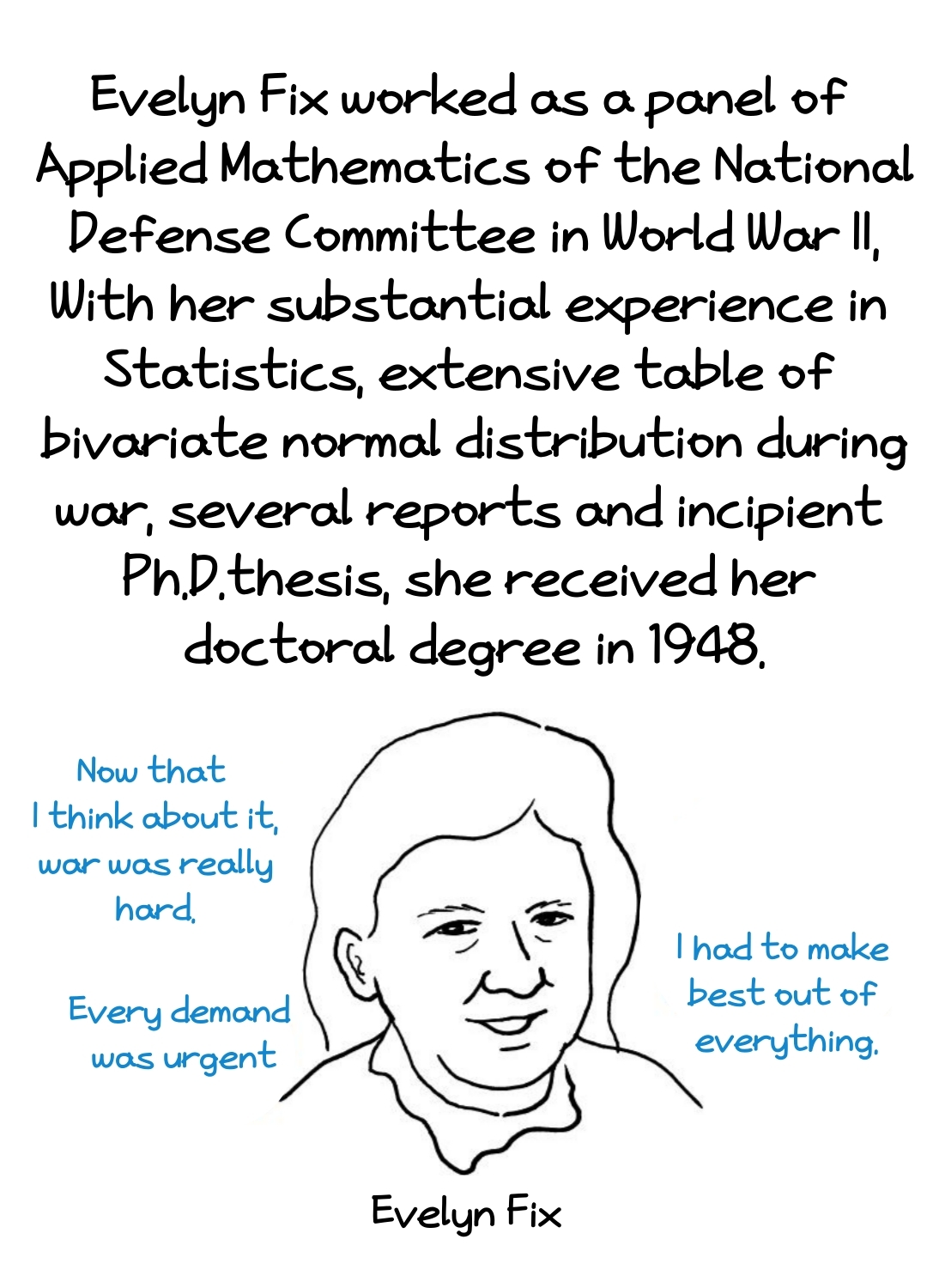 Evelyn Fix worked as a panel of Applied Mathematics
of the National Defense Committee in World War II,
With her substantial experience in Statistics,
extensive table of bivariate normal distribution during war,
several reports and incipient Ph.D.thesis, she received her doctoral degree in 1948. 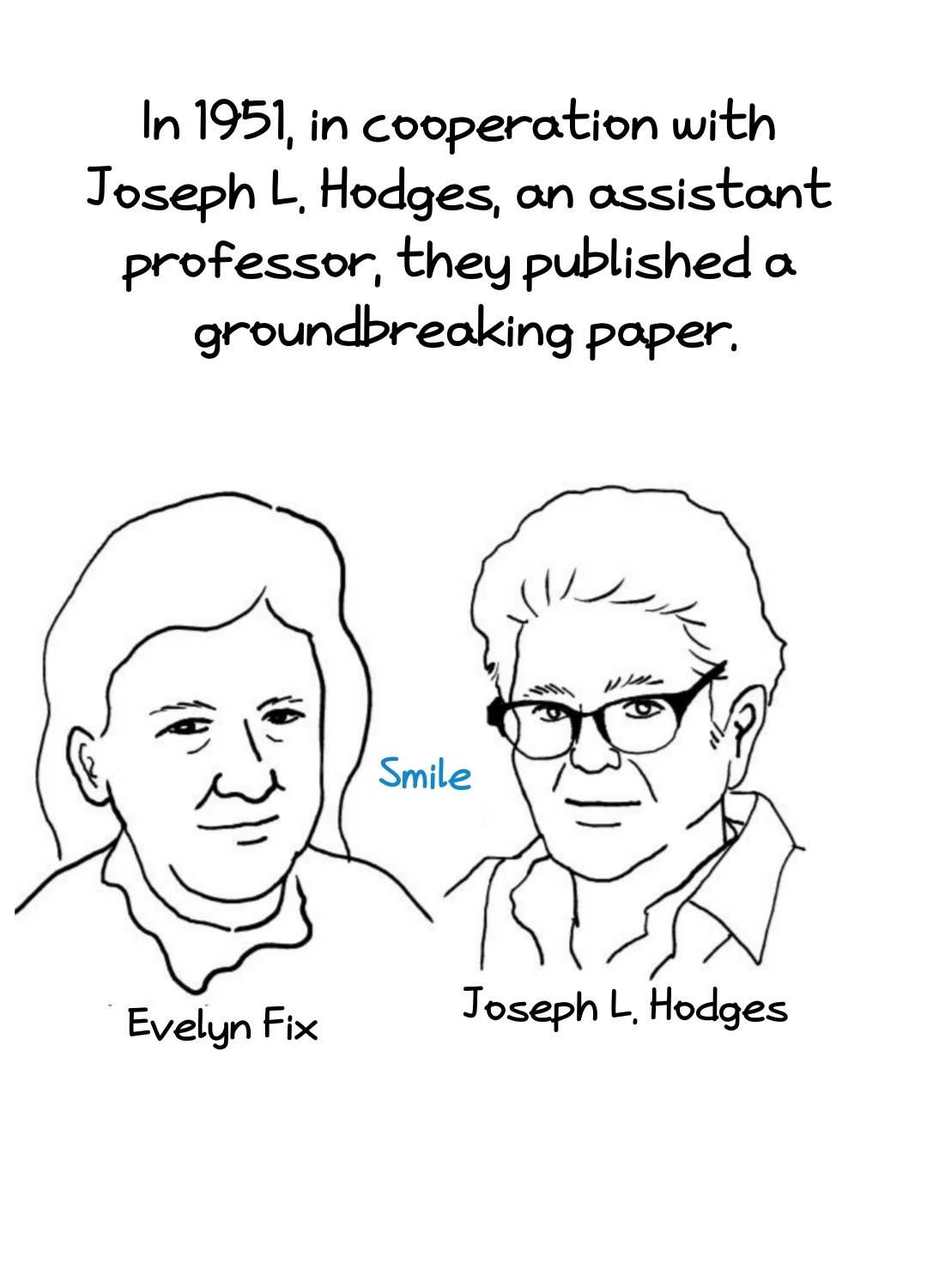 In 1951, in cooperation with Joseph L. Hodges, an assistant professor,
they published a groundbreaking paper. 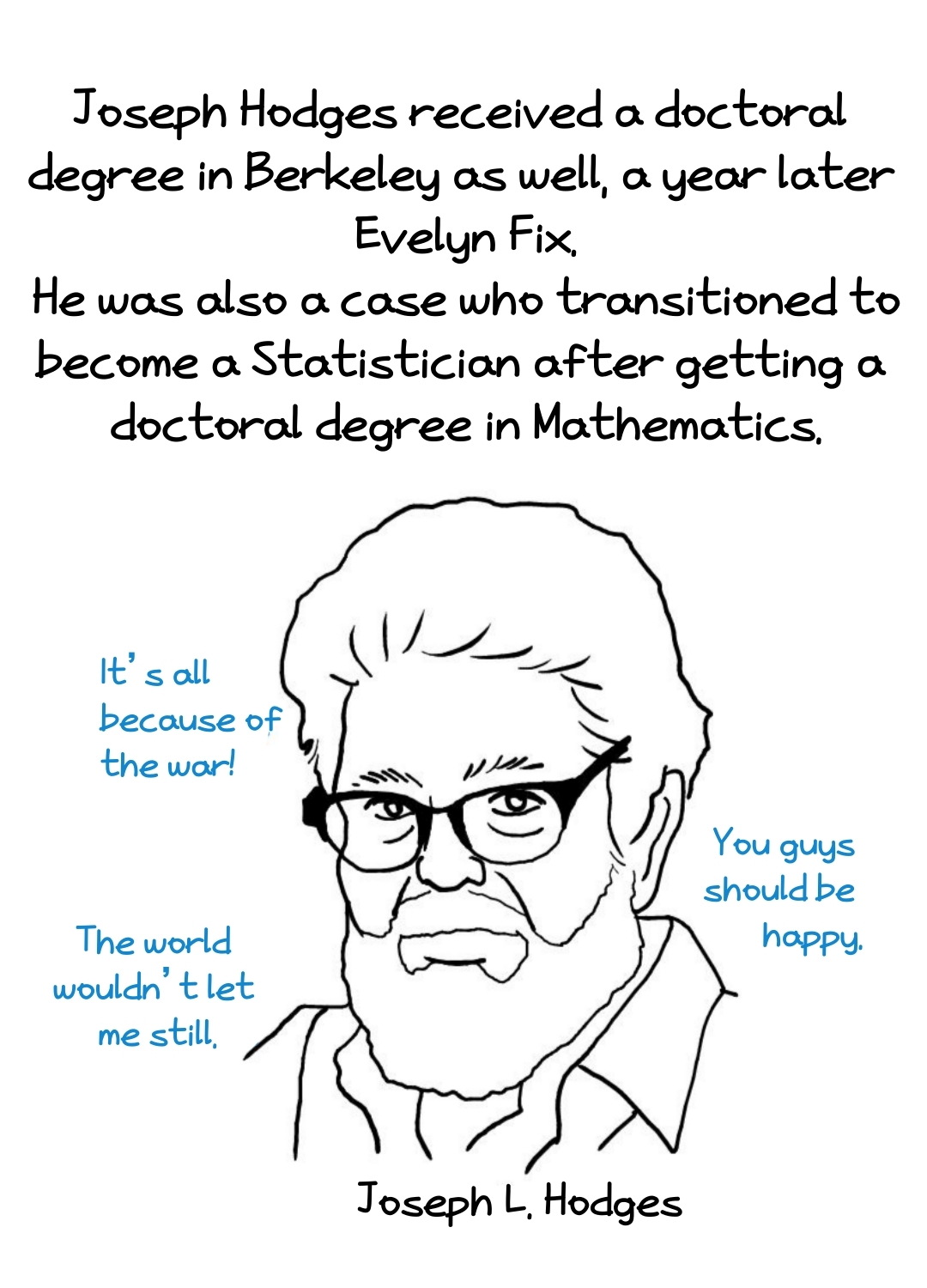 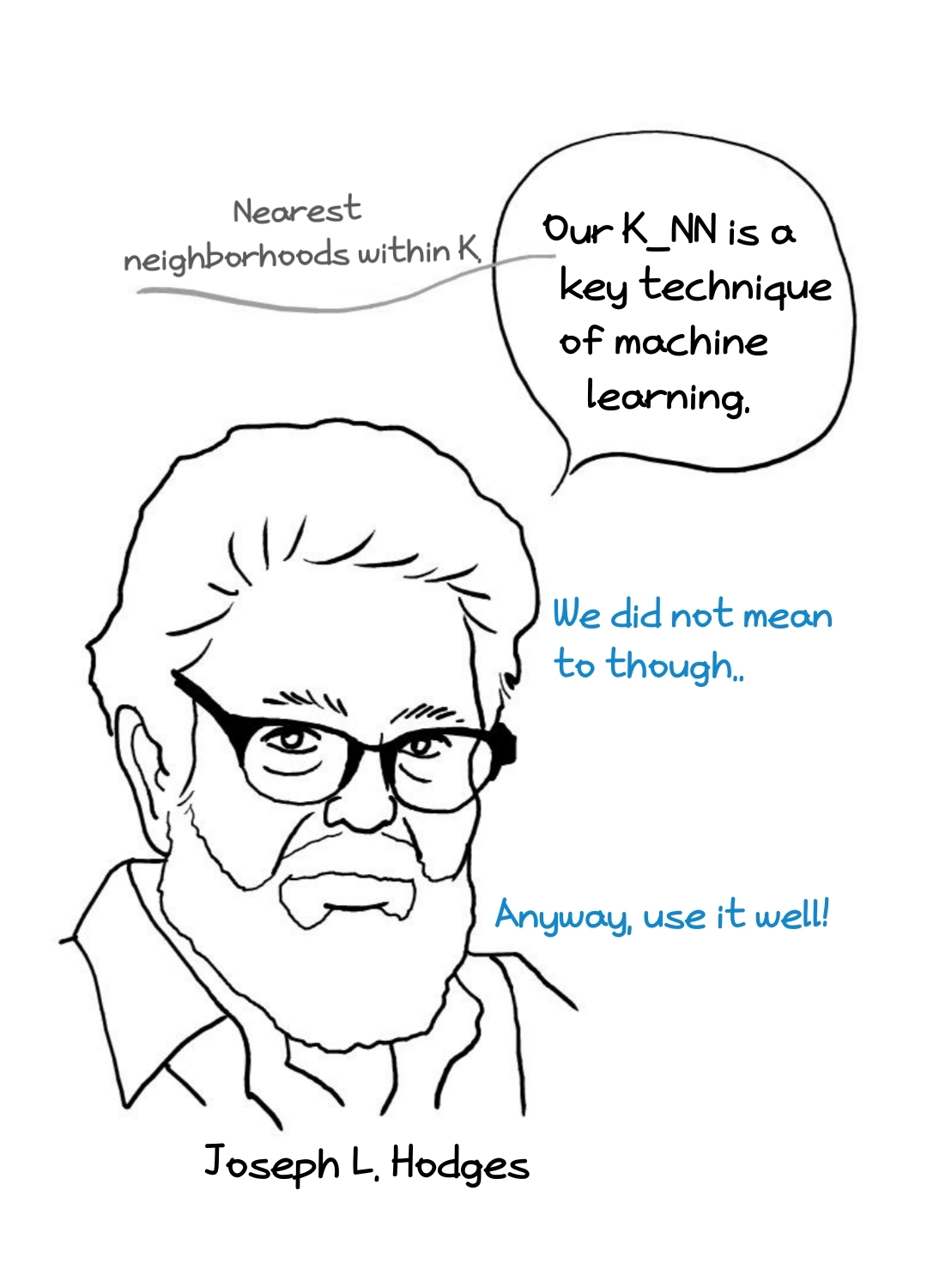 Do you need database performance monitoring? Contact us and we will send you a free quote
[email protected]