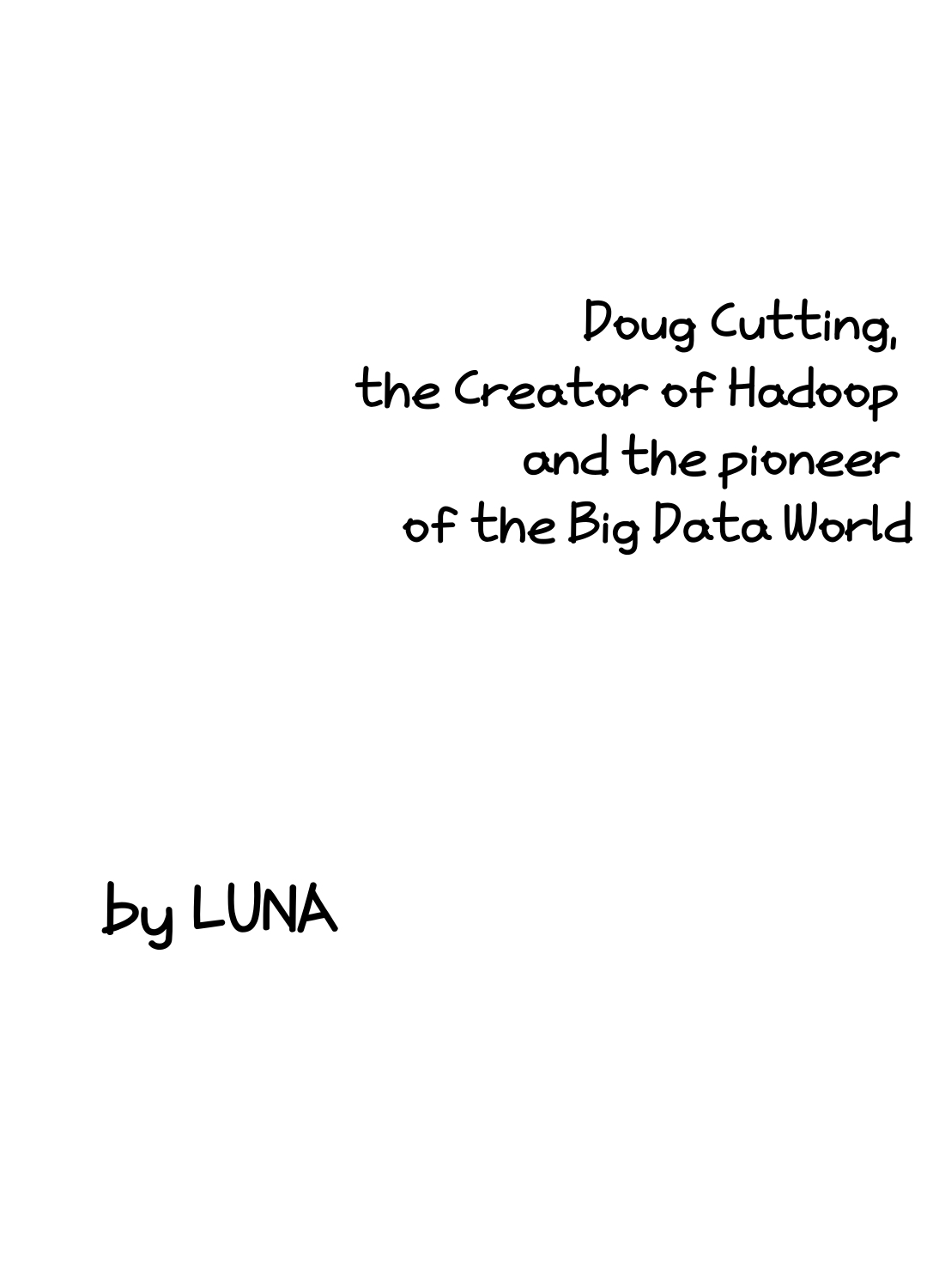 Doug Cutting, the Creator of Hadoop and the pioneer of the Big Data World 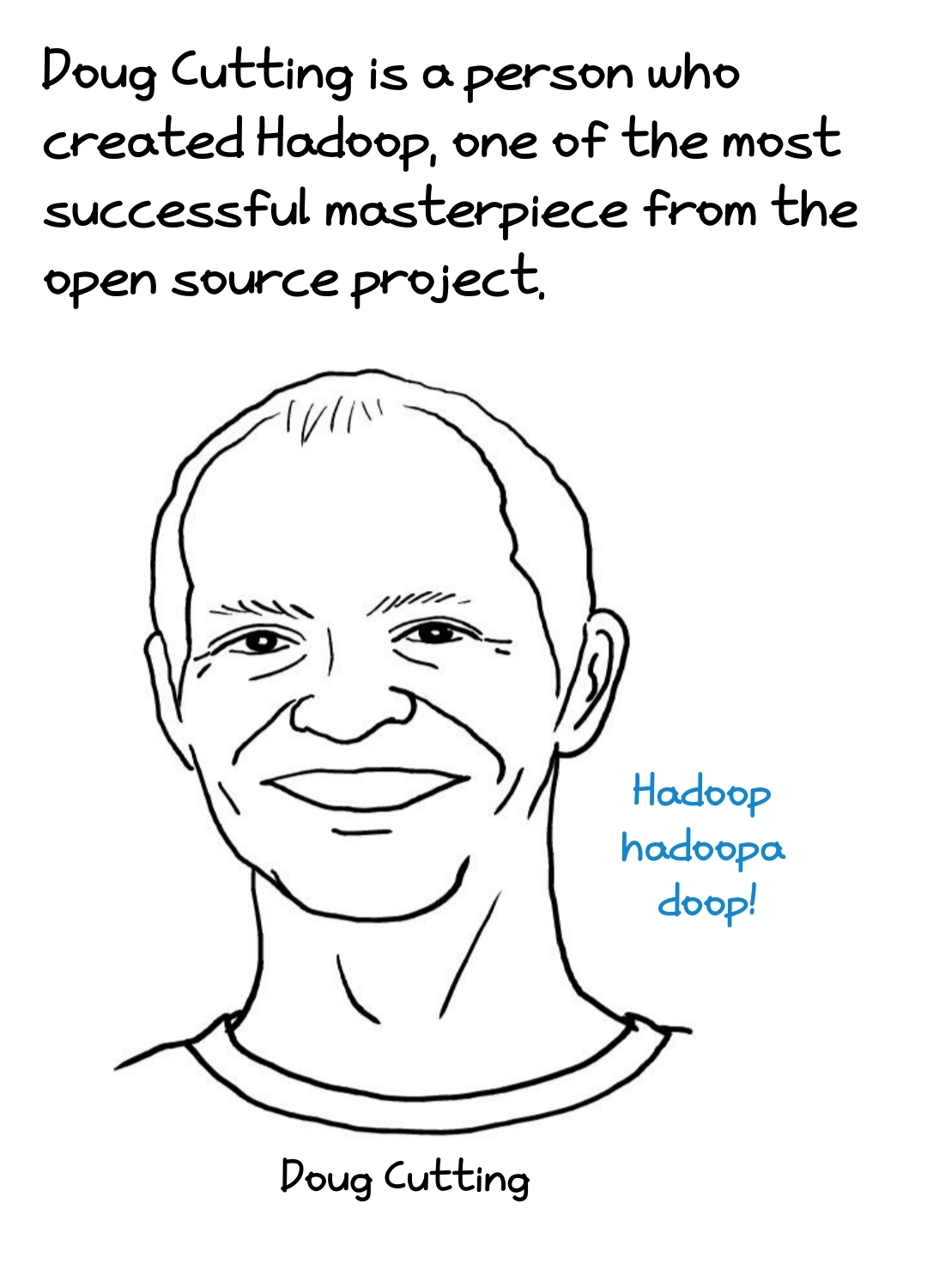 Doug Cutting is a person who created Hadoop,
one of the most successful masterpiece from the open source project. 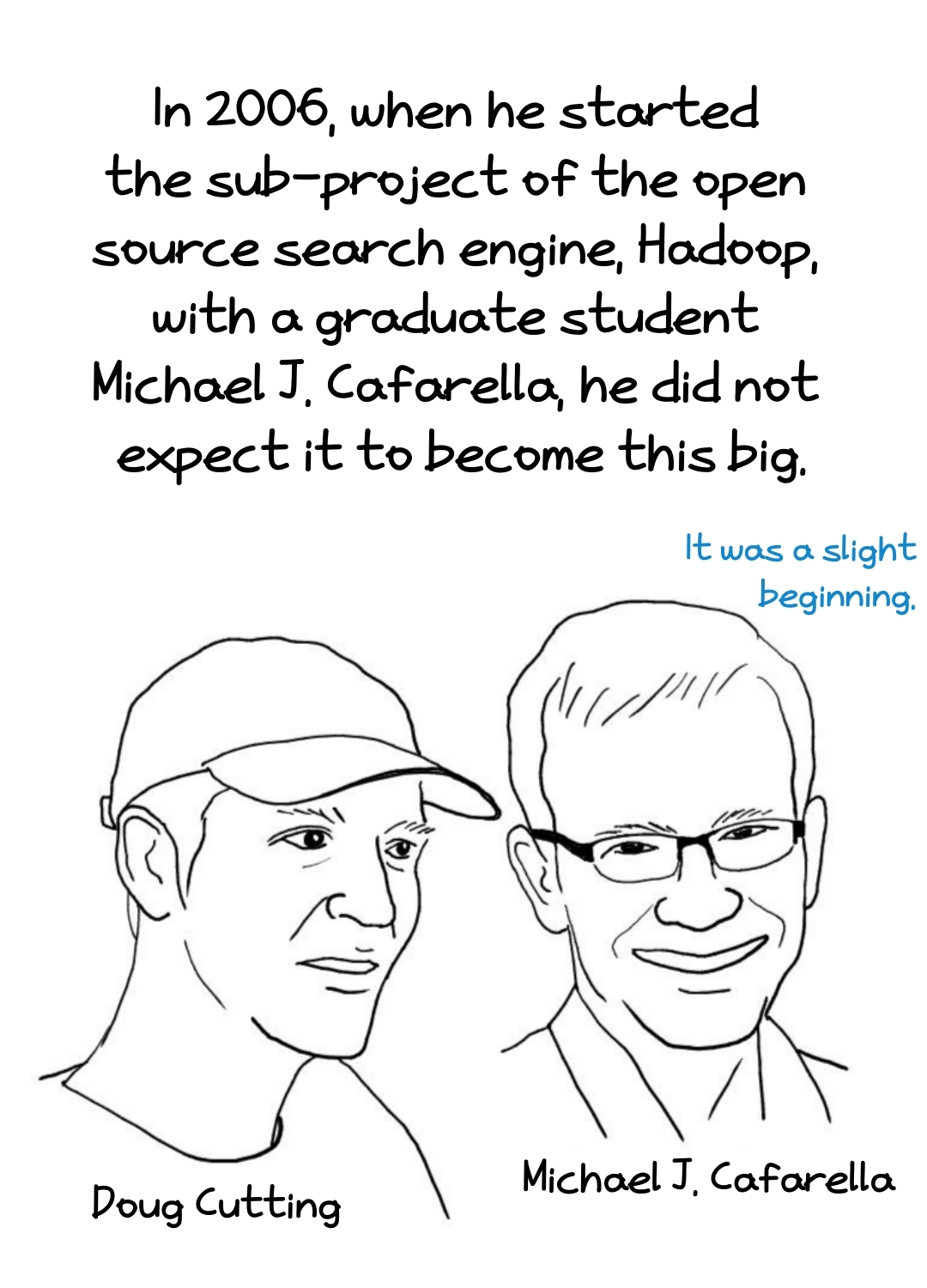 In 2006, when he started the sub-project of the open source search engine, Hadoop,
with a graduate student Michael J. Cafarella, he did not expect it to become this big. 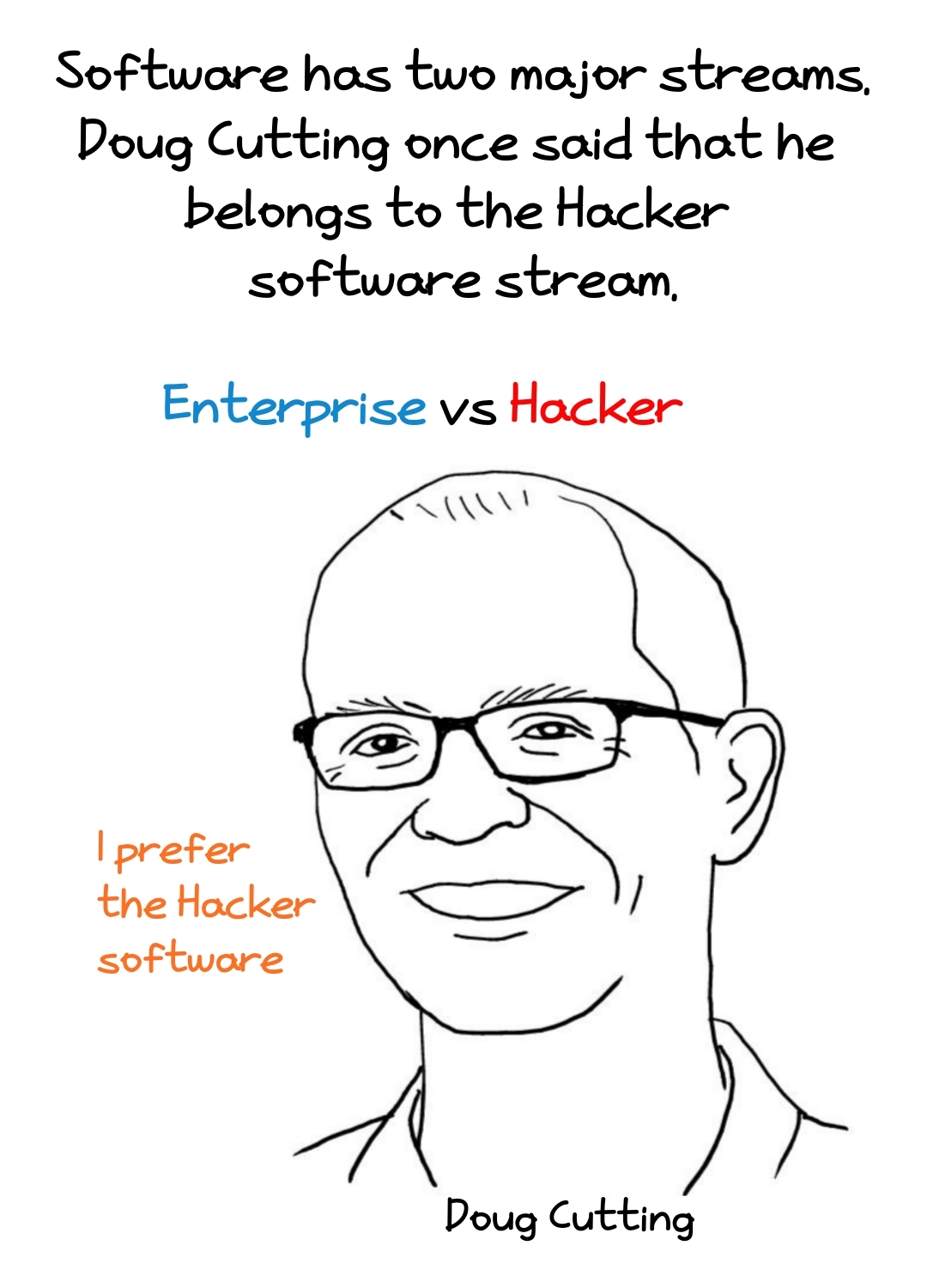 Software has two major streams.Doug Cutting once said that
he belongs to the Hacker software stream. 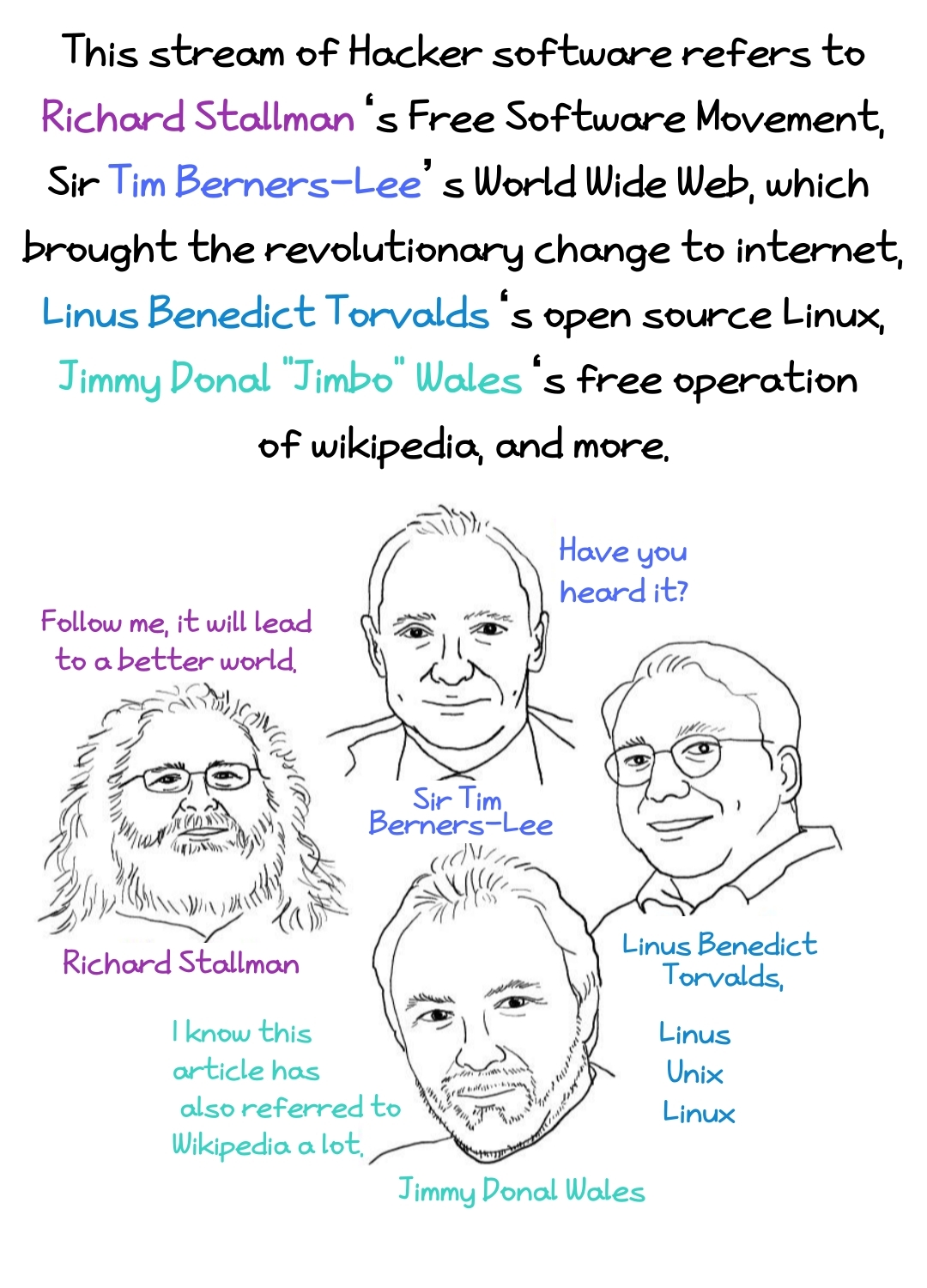 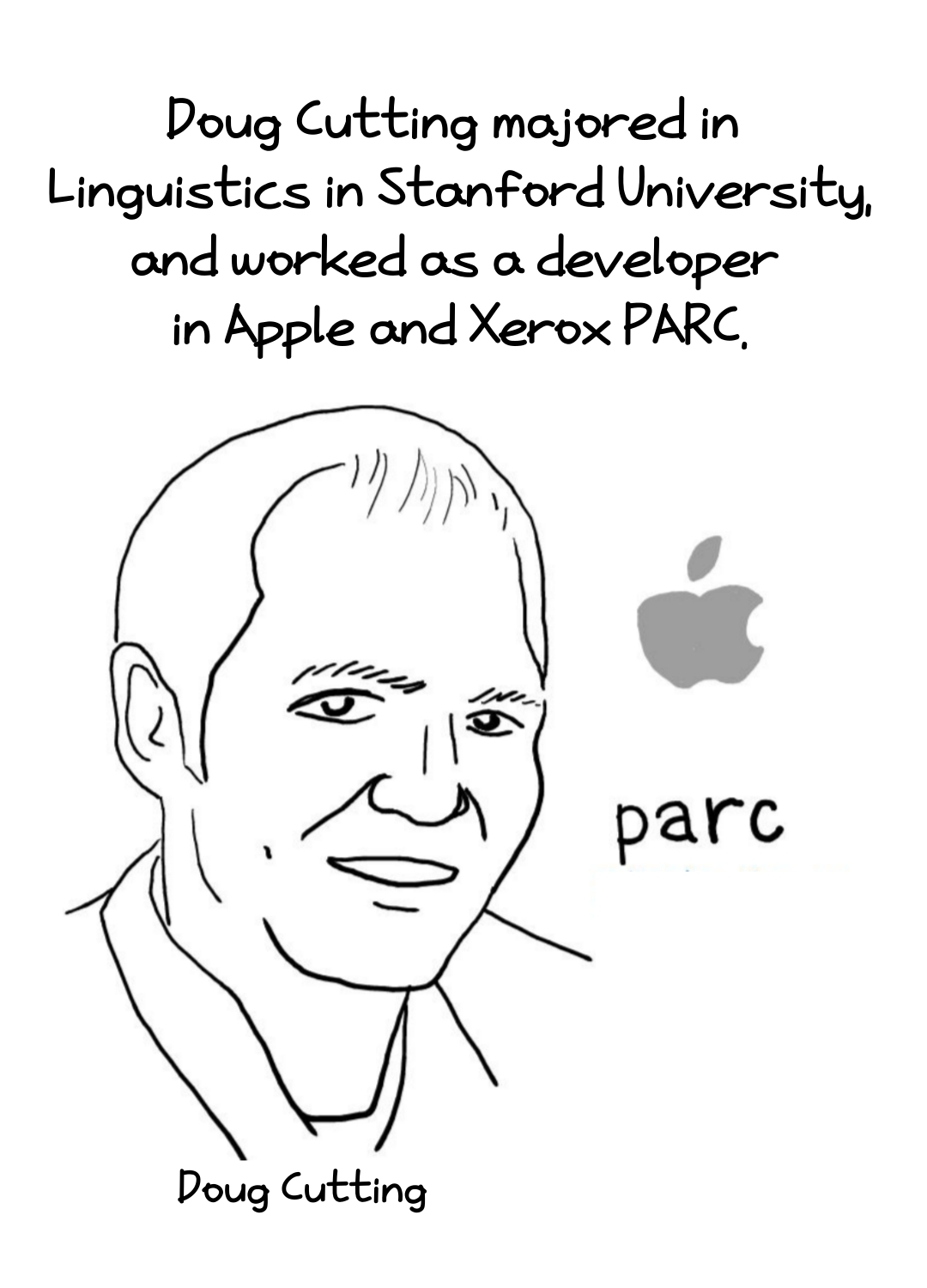 Doug Cutting majored in Linguistics in Stanford University,
and worked as a developer in Apple and Xerox PARC. 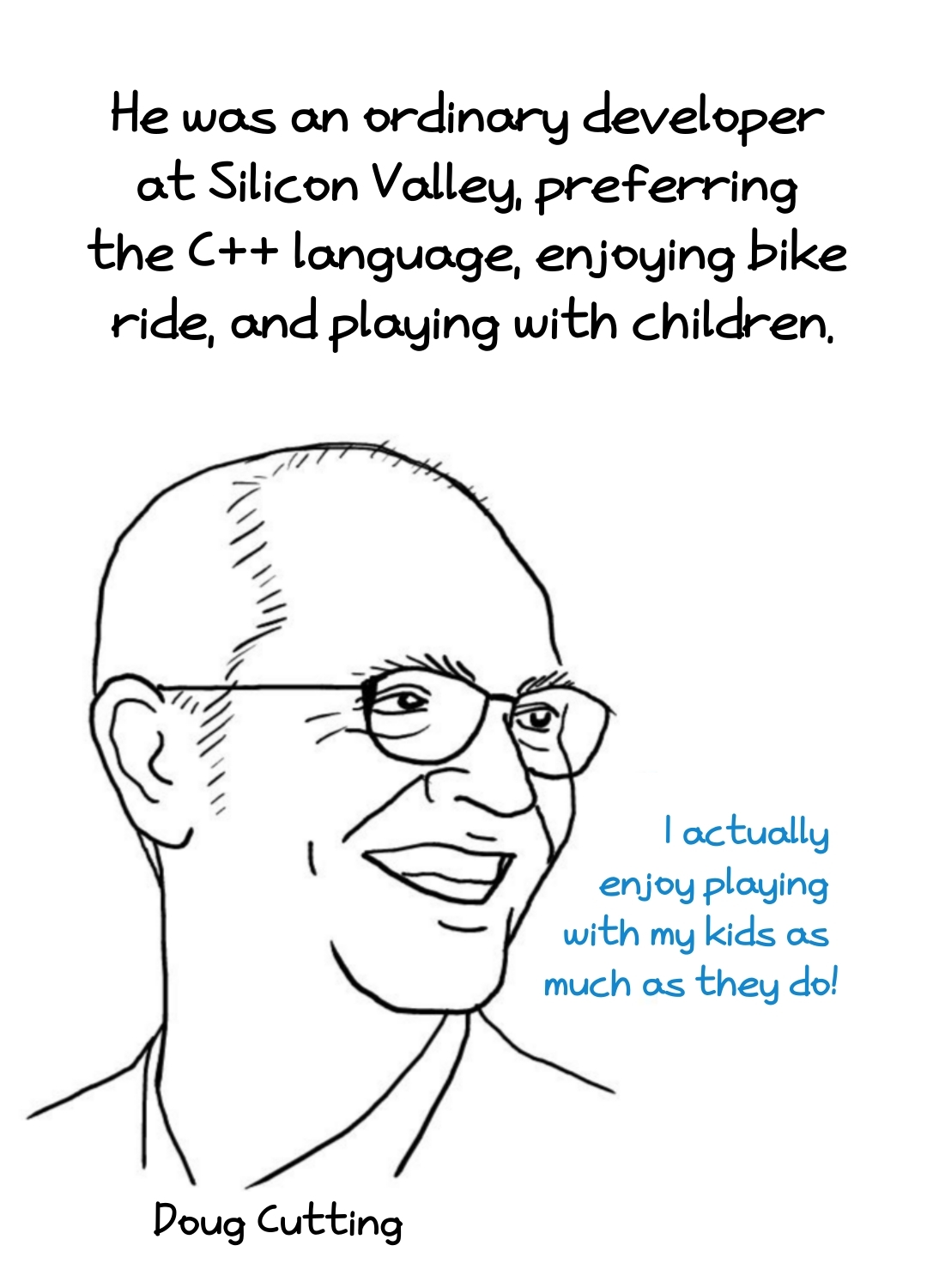 He was an ordinary developer at Silicon Valley, preferring the C++ language,
enjoying bike ride, and playing with children. 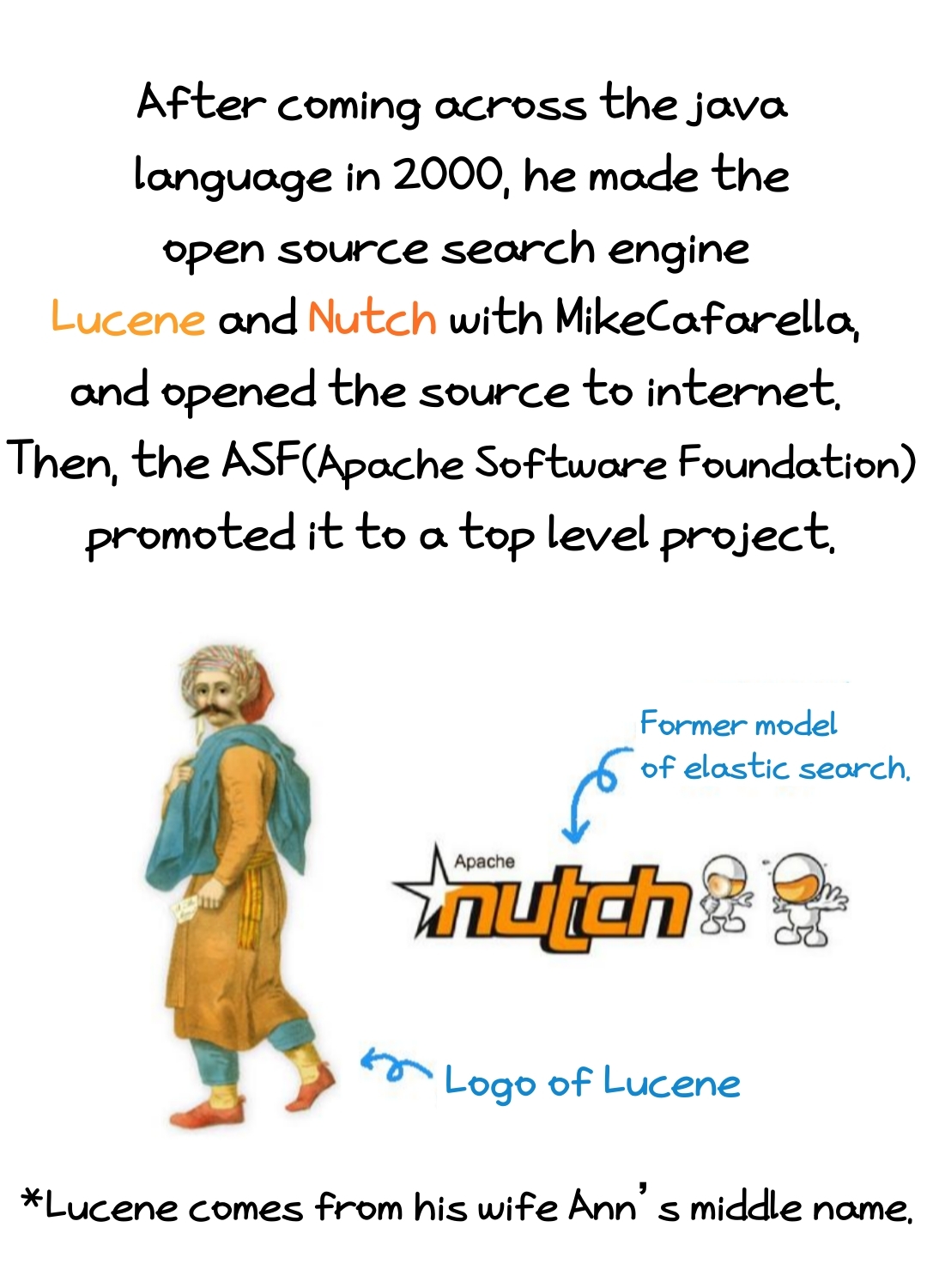 After coming across the java language in 2000,
he made the open source search engine Lucene and Nutch
with MikeCafarella, and opened the source to internet.
Then, the ASF(Apache Software Foundation) promoted it to a top level project. 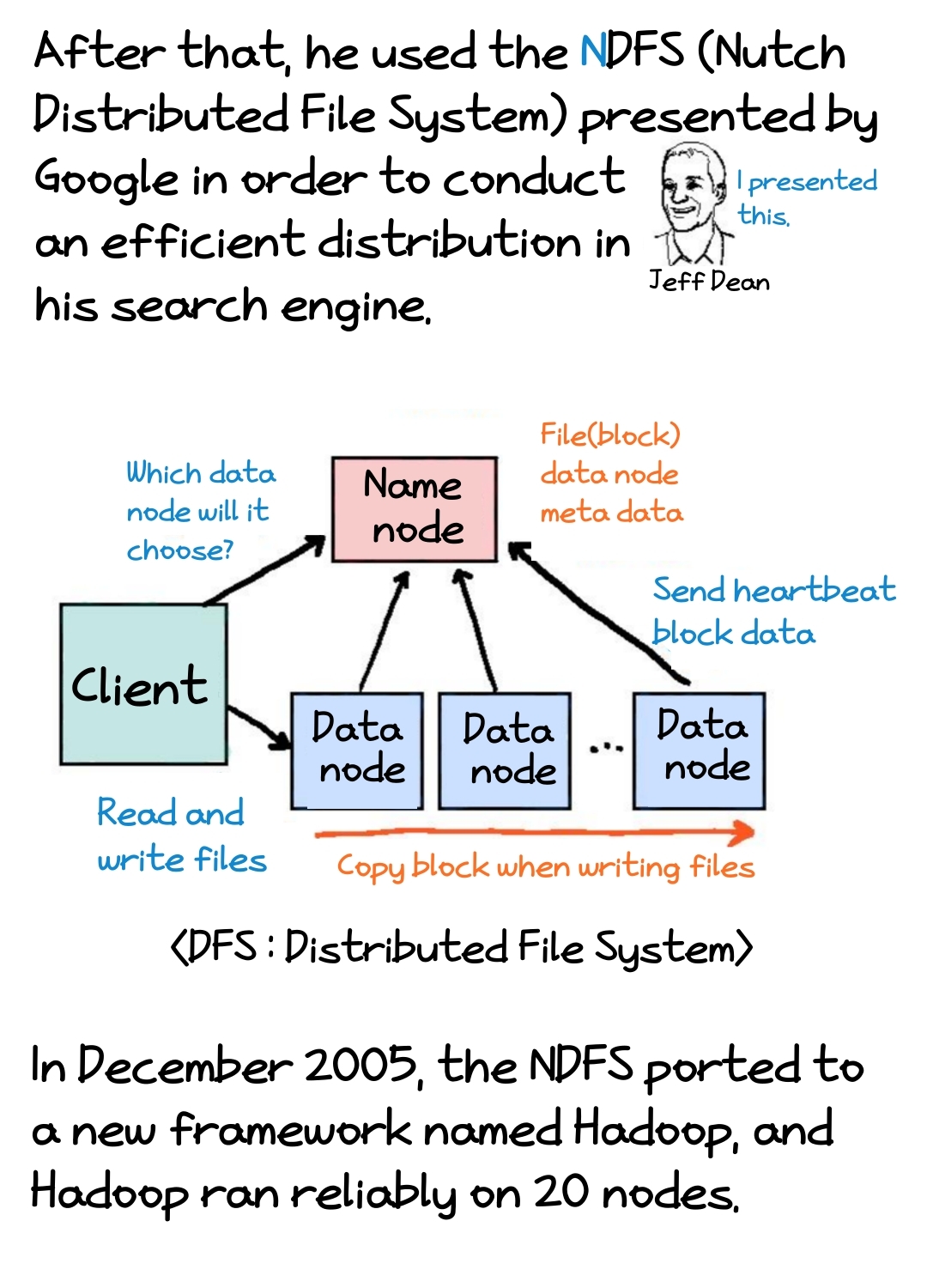 After that, he used the NDFS (Nutch Distributed File System) presented by Google
in order to conduct an efficient distribution in his search engine.
In December 2005, the NDFS ported to a new framework named Hadoop,
and Hadoop ran reliably on 20 nodes. 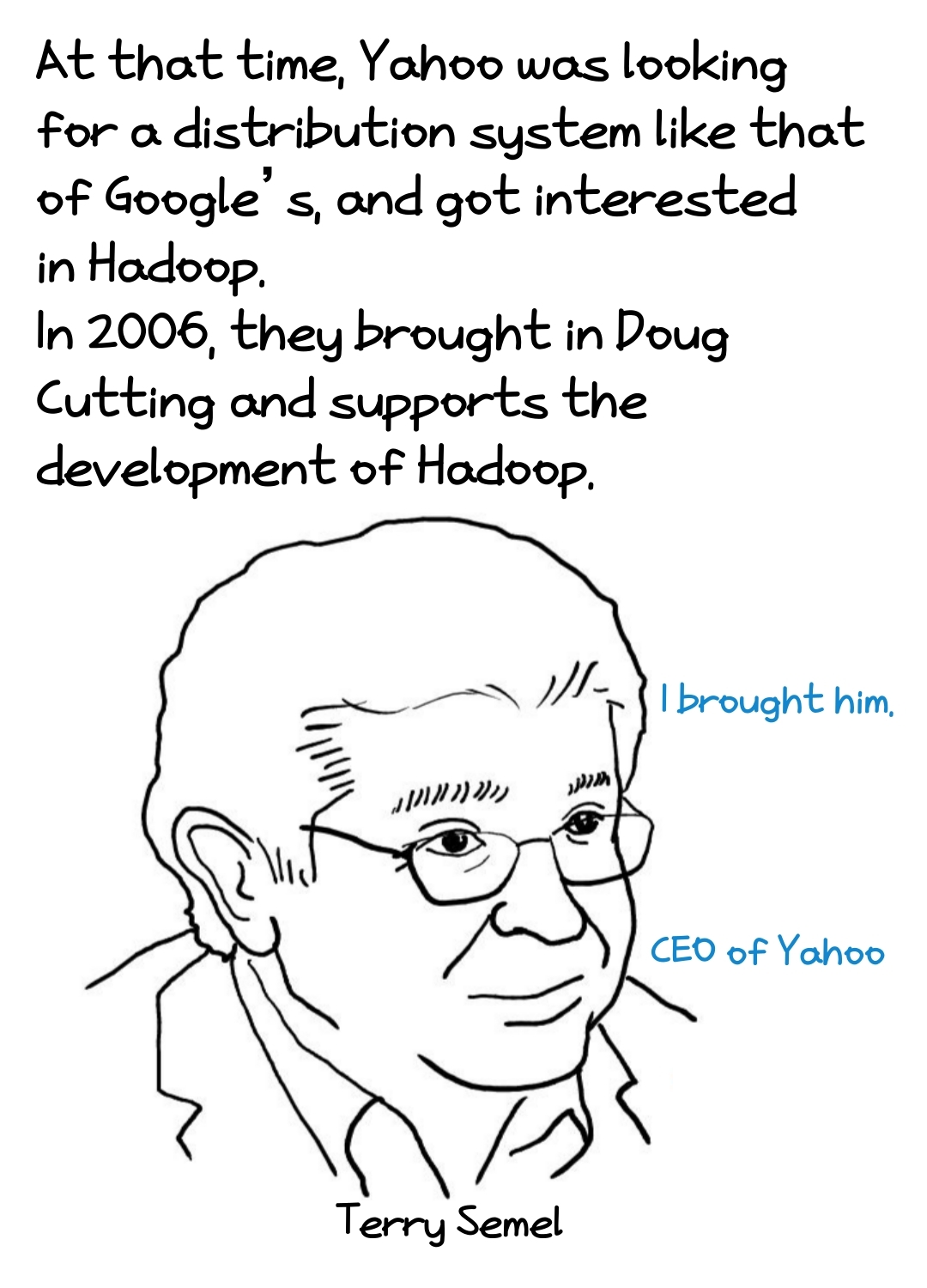 At that time, Yahoo was looking for a distribution system like that of Google’s,
and got interested in Hadoop.
In 2006, they brought in Doug Cutting and supports the development of Hadoop. 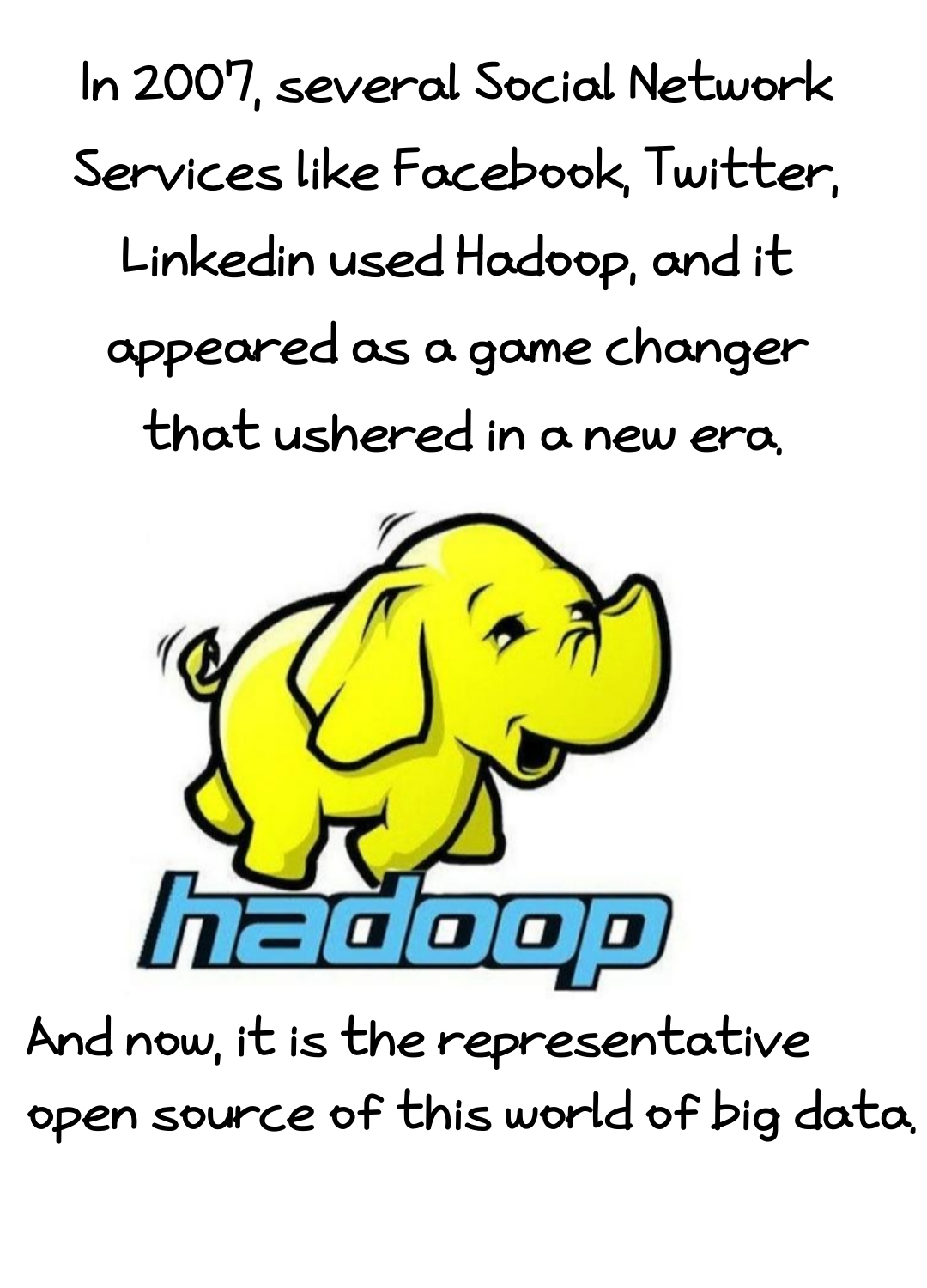 In 2007, several Social Network Services like Facebook, Twitter, Linkedin used Hadoop,
and it appeared as a game changer that ushered in a new era.
And now, it is the representative open source of this world of big data. 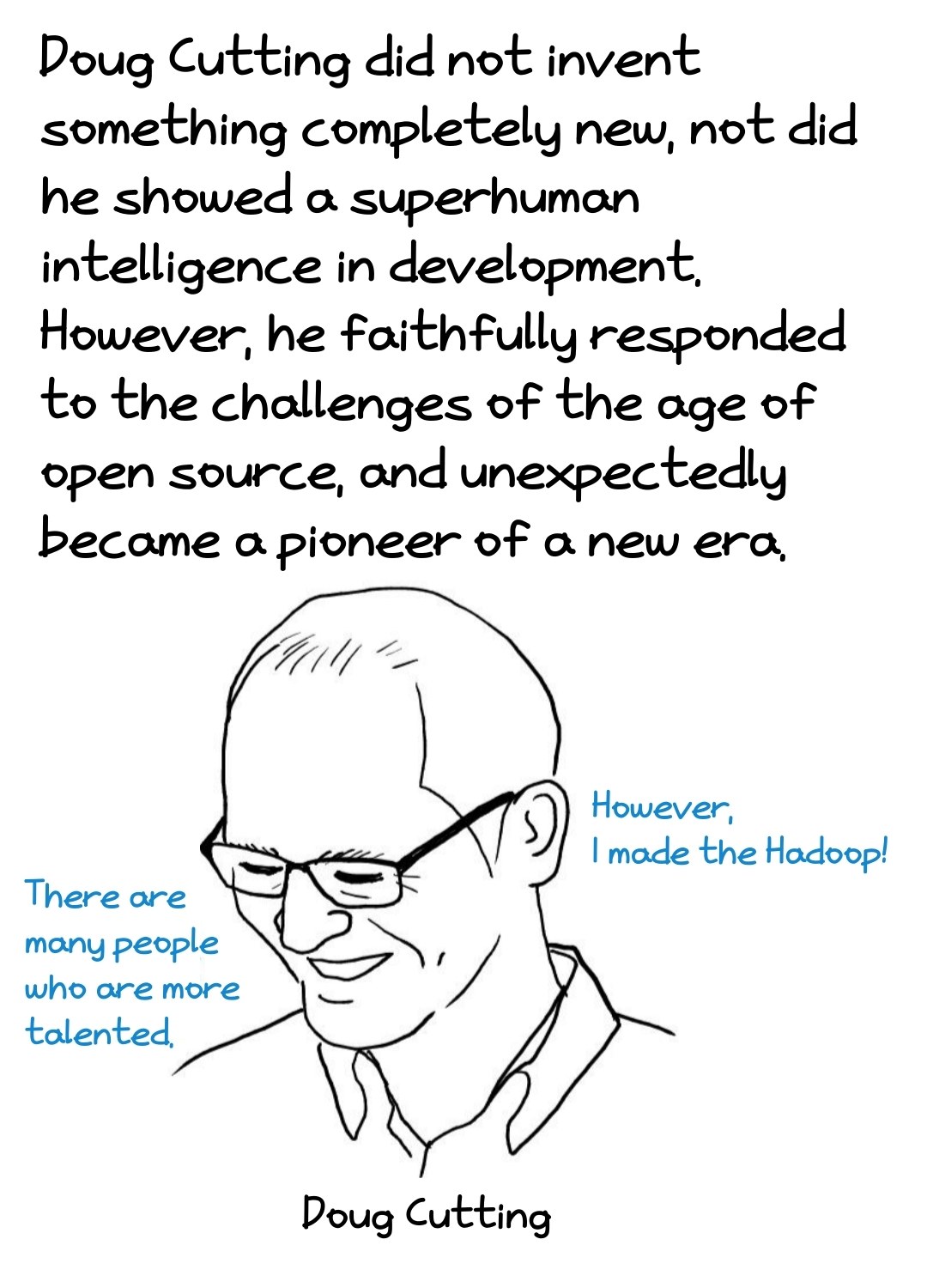 Doug Cutting did not invent something completely new,
not did he showed a superhuman intelligence in development.
However, he faithfully responded to the challenges of the age of open source,
and unexpectedly became a pioneer of a new era. 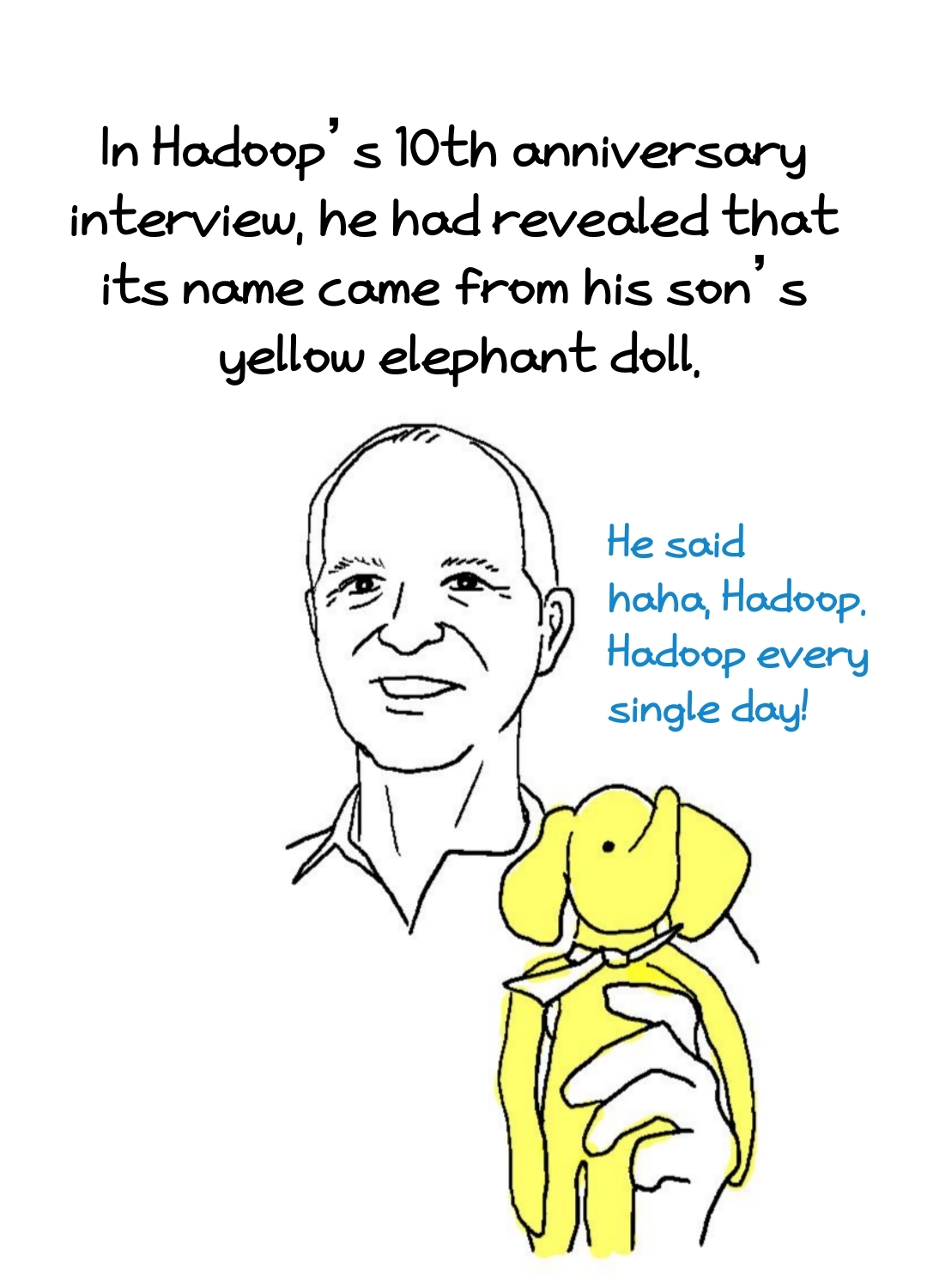 In Hadoop’s 10th anniversary interview,
he had revealed that its name came from his son’s yellow elephant doll.

From this yellow elephant, the name of the later softwares in the Hadoop Echo system were all related to animals. 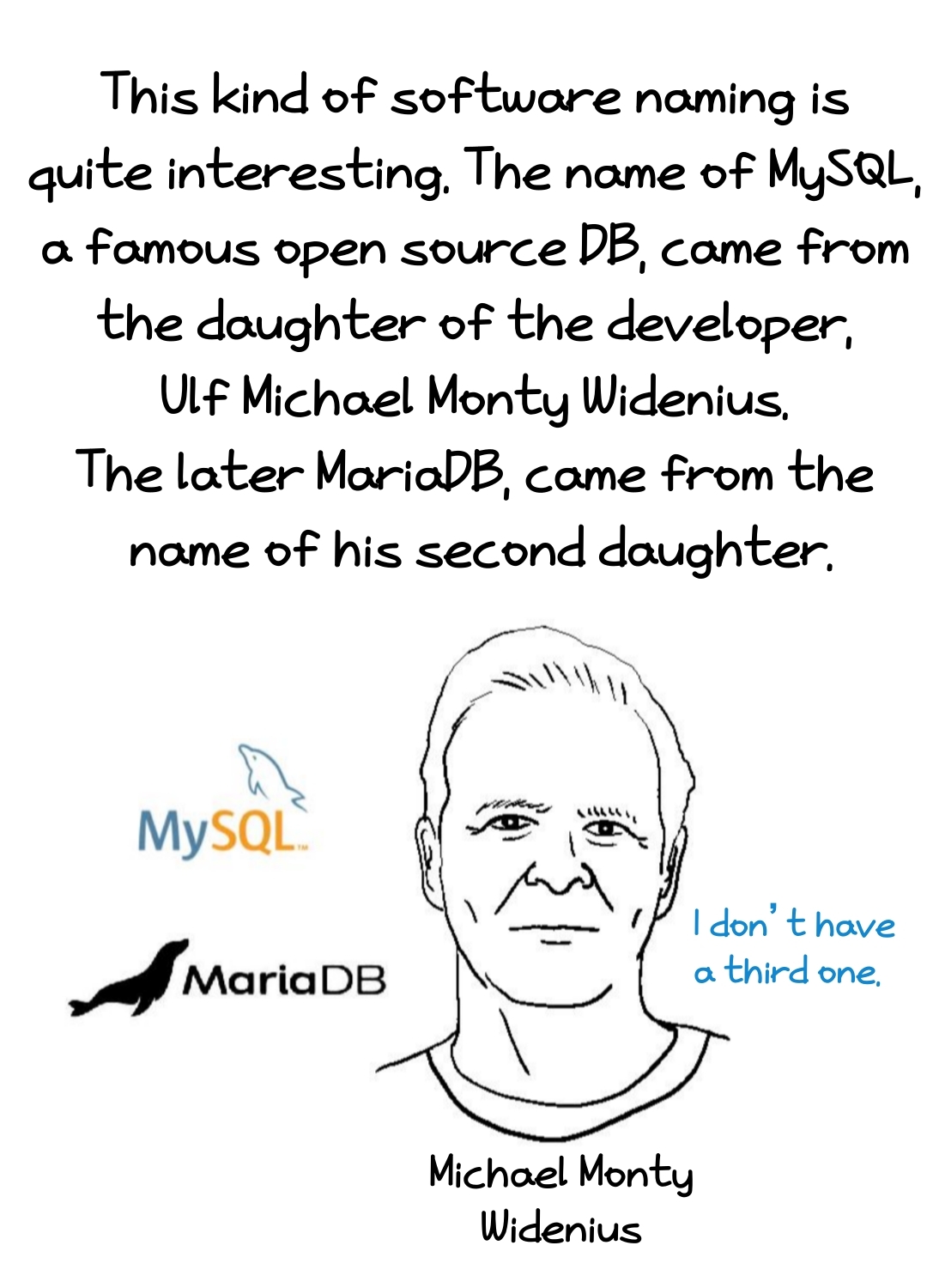 This kind of software naming is quite interesting.
The name of MySQL, a famous open source DB,
came from the daughter of the developer, Ulf Michael Monty Widenius.
The later MariaDB, came from the name of his second daughter. 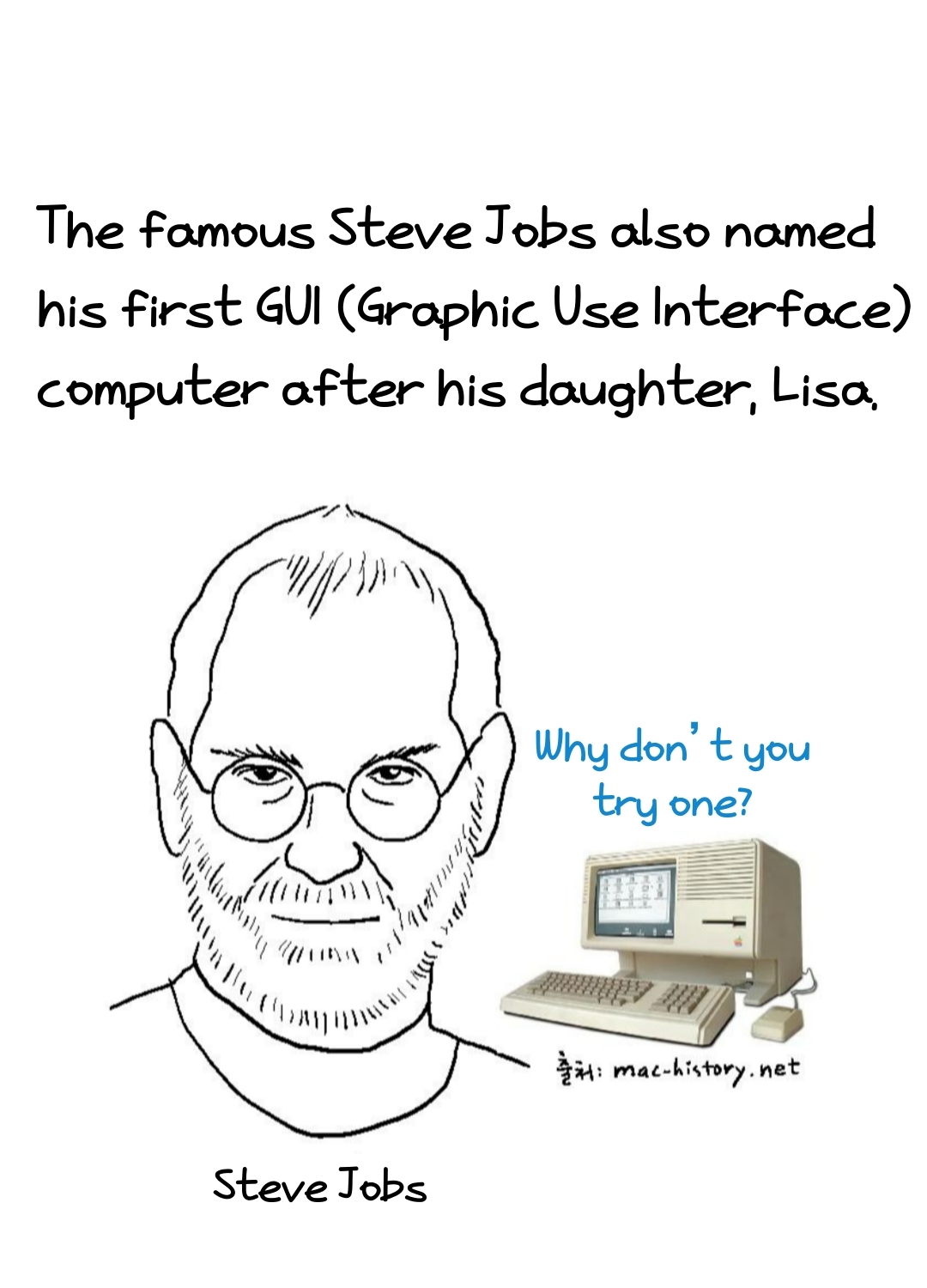 The famous Steve Jobs also named his first GUI (Graphic Use Interface) computer after his daughter, Lisa.
Do you need database performance monitoring? Contact us and we will send you a free quote
[email protected]