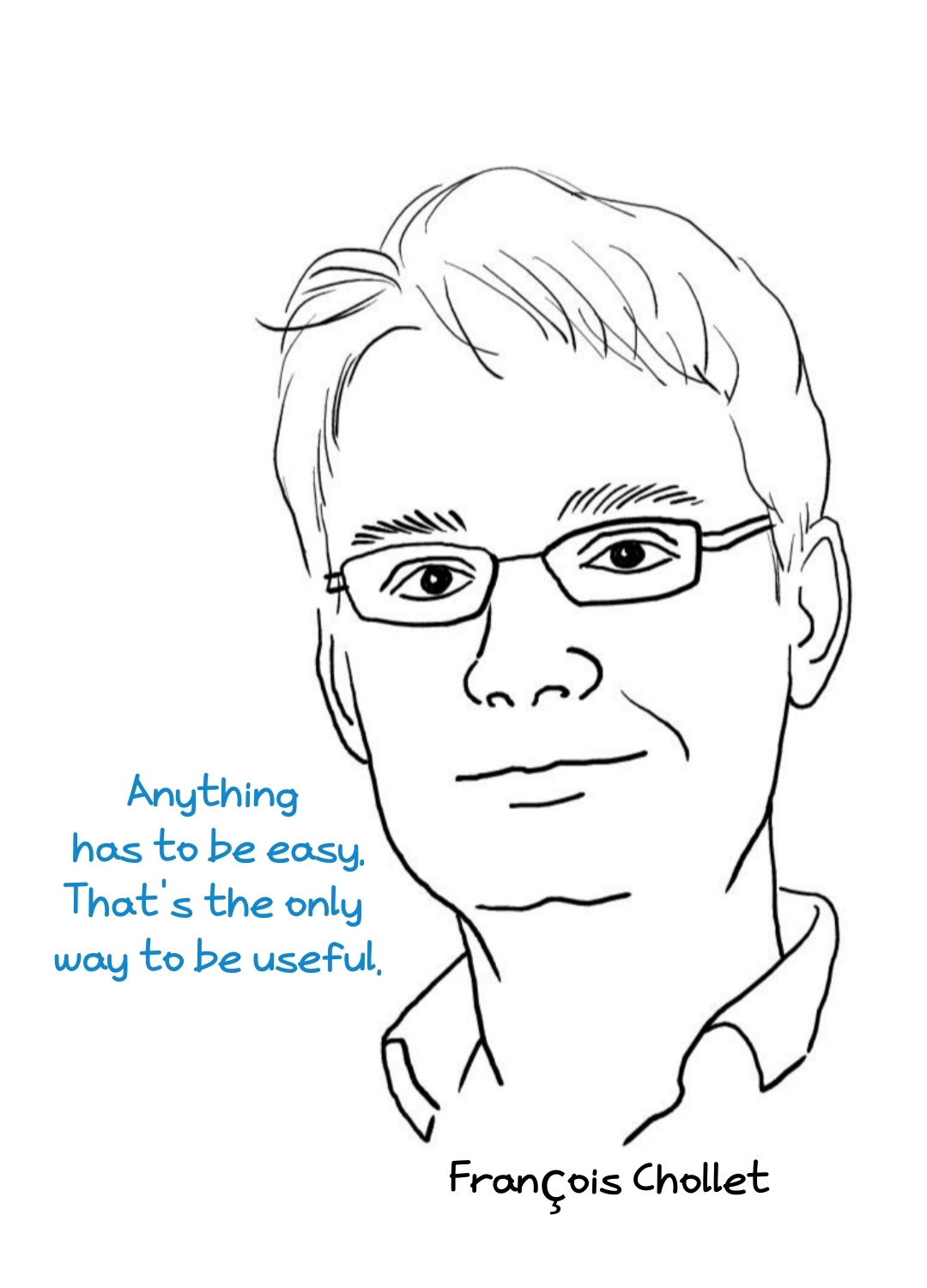 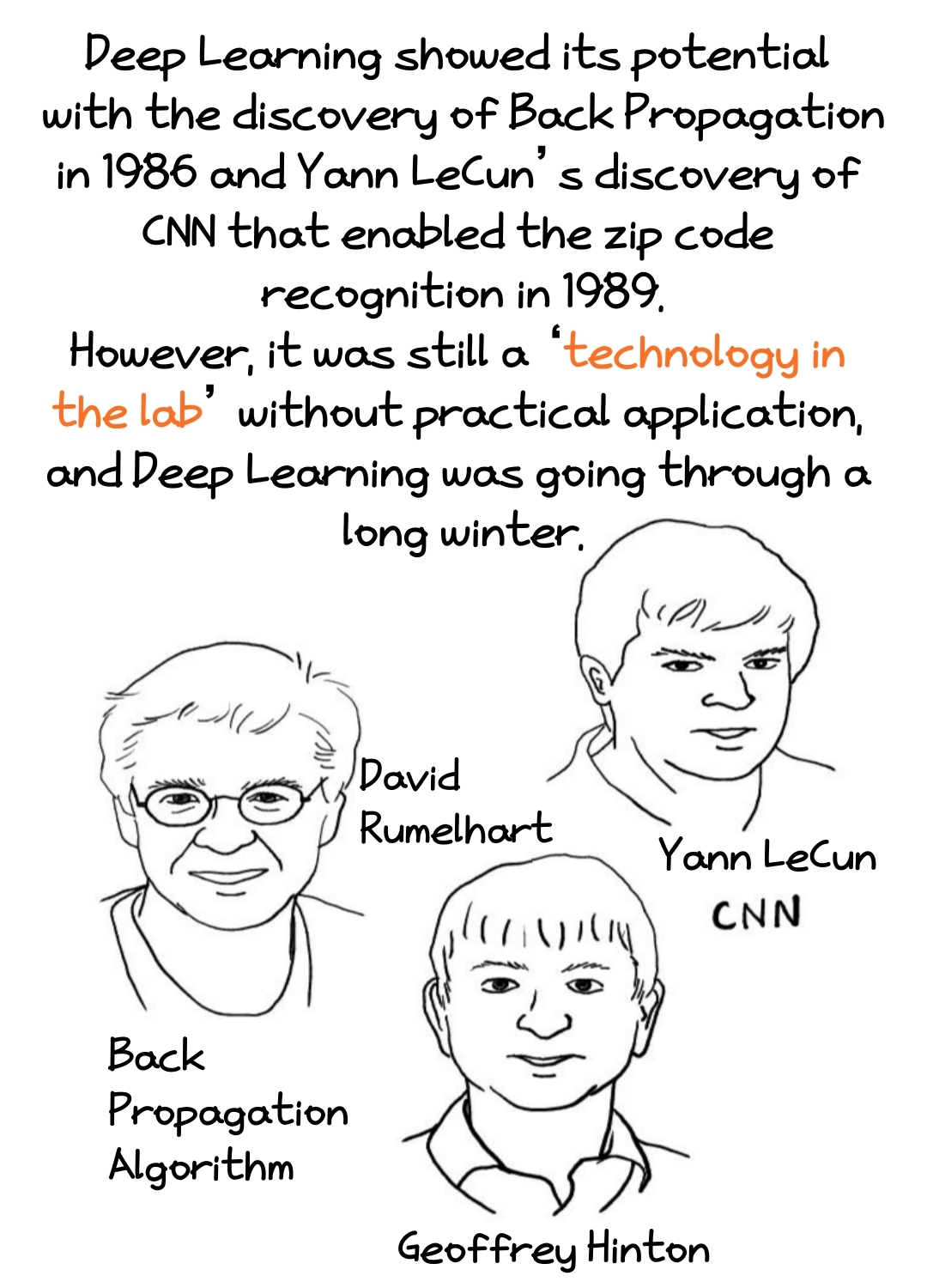 Deep Learning showed its potential with the discovery of Back Propagation in 1986
and Yann LeCun’s discovery of CNN that enabled the zip code recognition in 1989.
However, it was still a ‘technology in the lab’ without practical application,
and Deep Learning was going through a long winter. 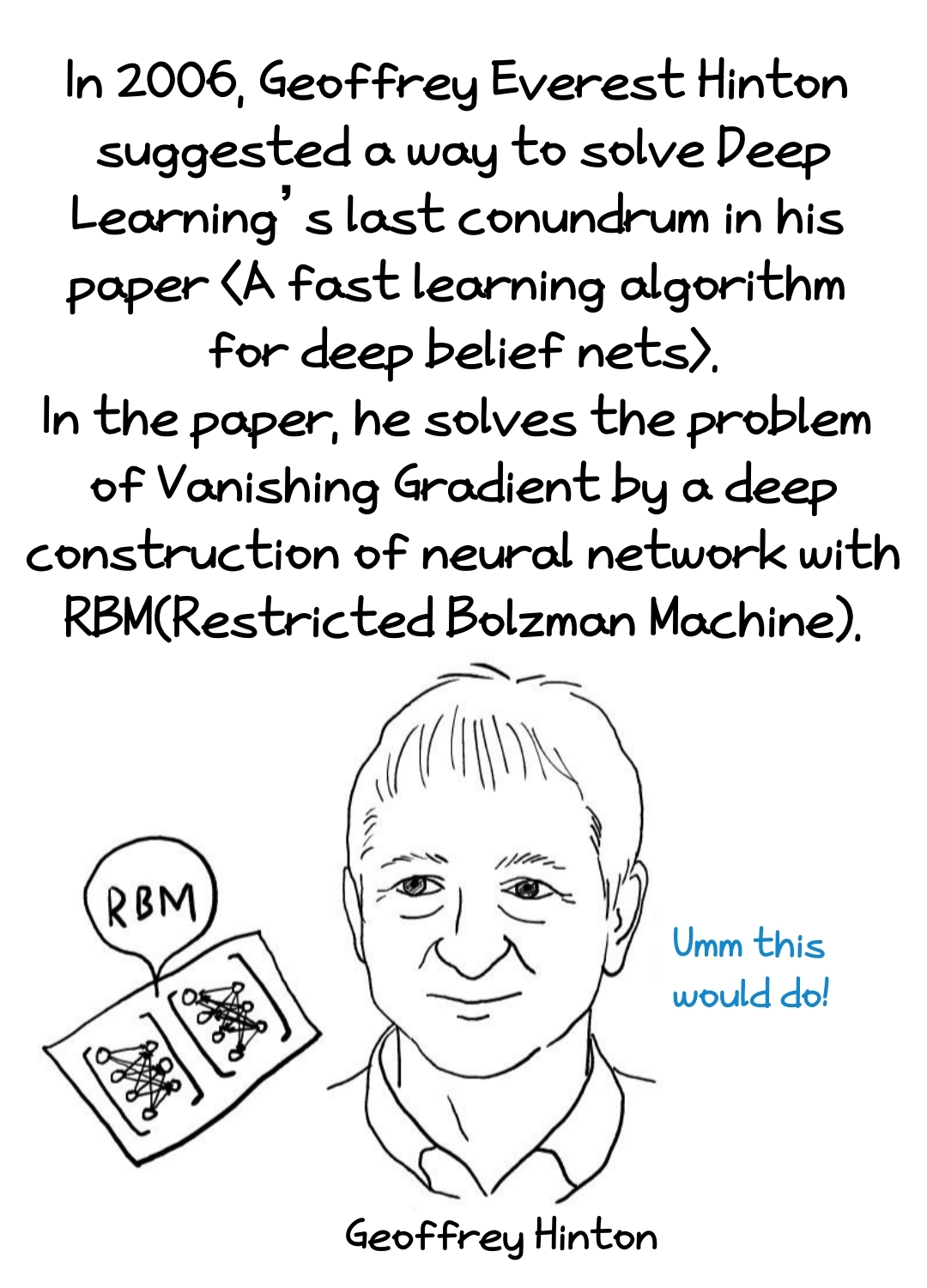 In 2006, Geoffrey Everest Hinton suggested a way to solve Deep Learning’s last conundrum
in his paper 'A fast learning algorithm for deep belief nets'.
In the paper, he solves the problem of Vanishing Gradient
by a deep construction of neural network
with RBM(Restricted Bolzman Machine). 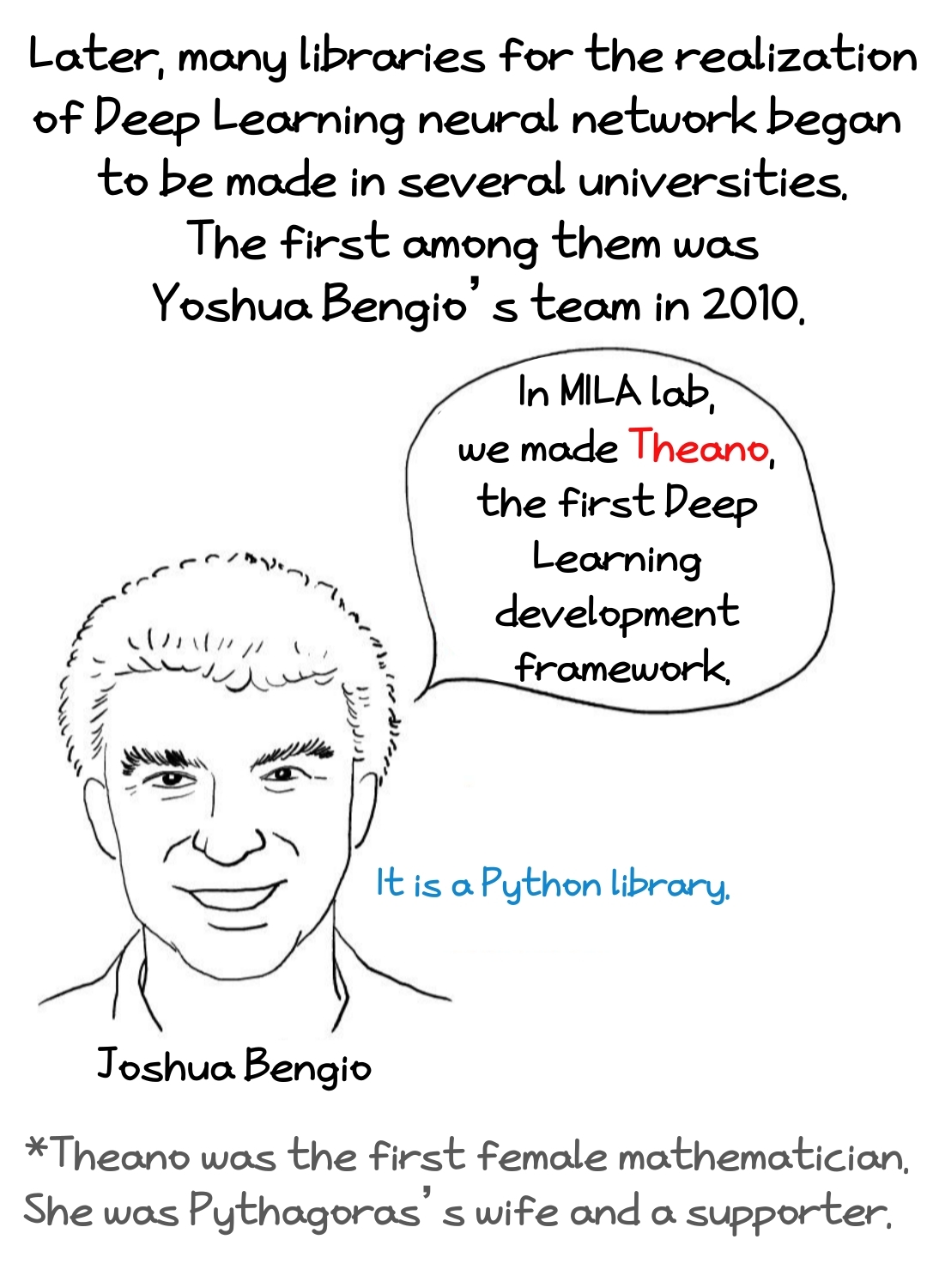 Later, many libraries for the realization of Deep Learning neural network
began to be made in several universities.
The first among them was Yoshua Bengio’s team in 2010. 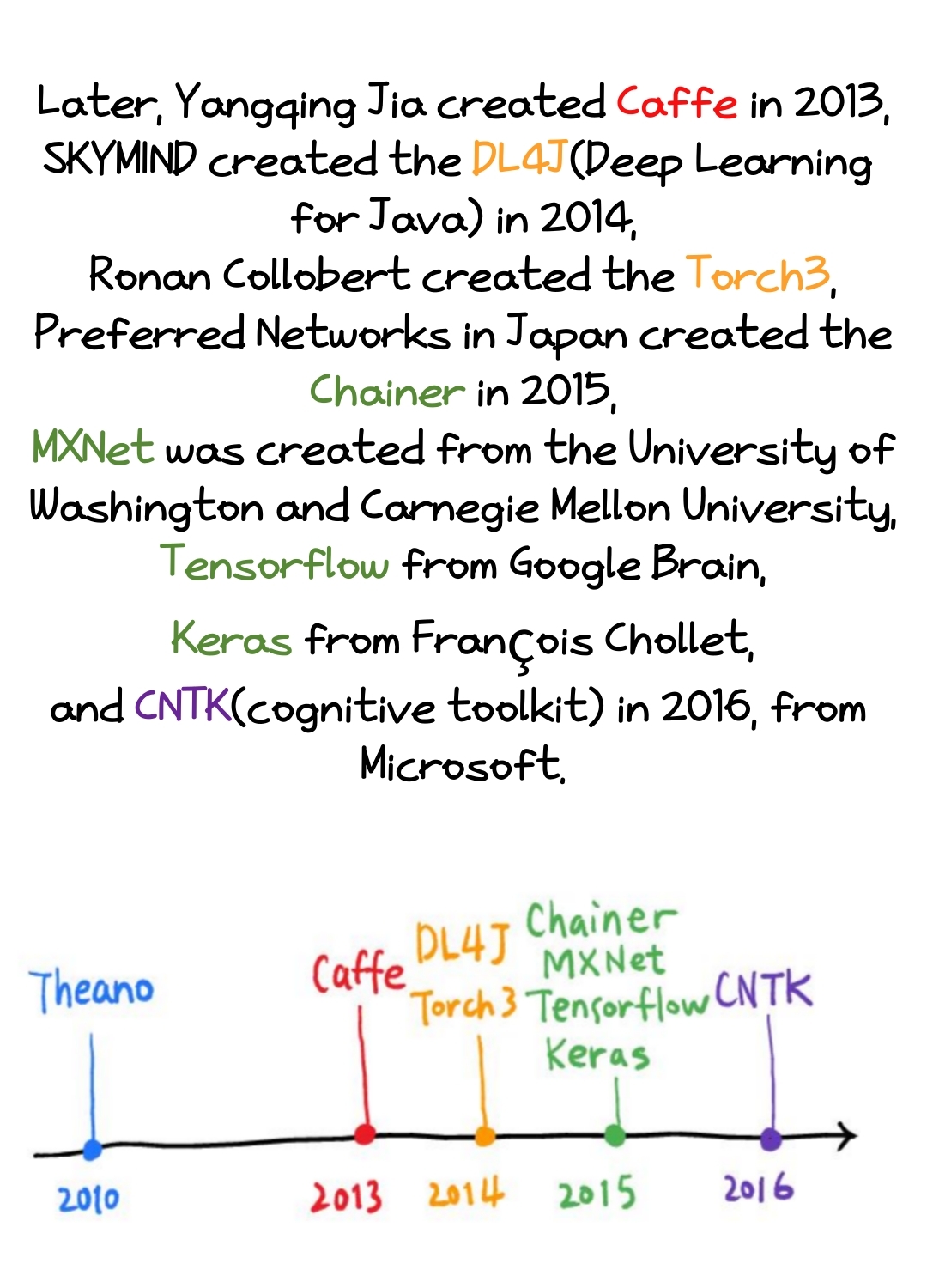 Later, Yangqing Jia created Caffe in 2013,
SKYMIND created the DL4J(Deep Learning for Java) in 2014,
Ronan Collobert created the Torch3,
Preferred Networks in Japan created the Chainer in 2015,
MXNet was created from the University of Washington and Carnegie Mellon University,
Tensorflow from Google Brain, Keras from François Chollet,
and CNTK(cognitive toolkit) in 2016, from Microsoft. 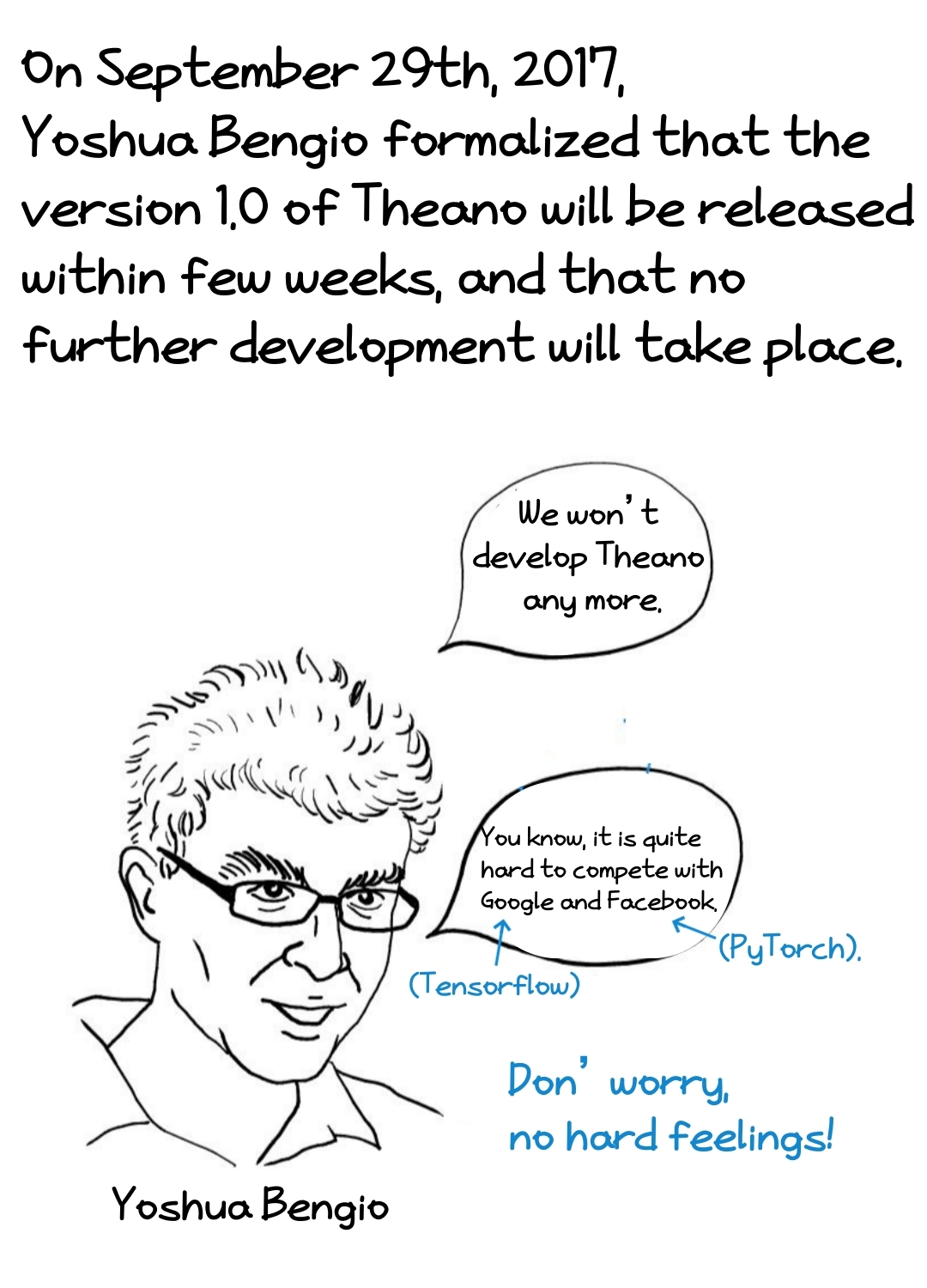 On September 29th, 2017, Yoshua Bengio formalized
that the version 1.0 of Theano will be released within few weeks,
and that no further development will take place. 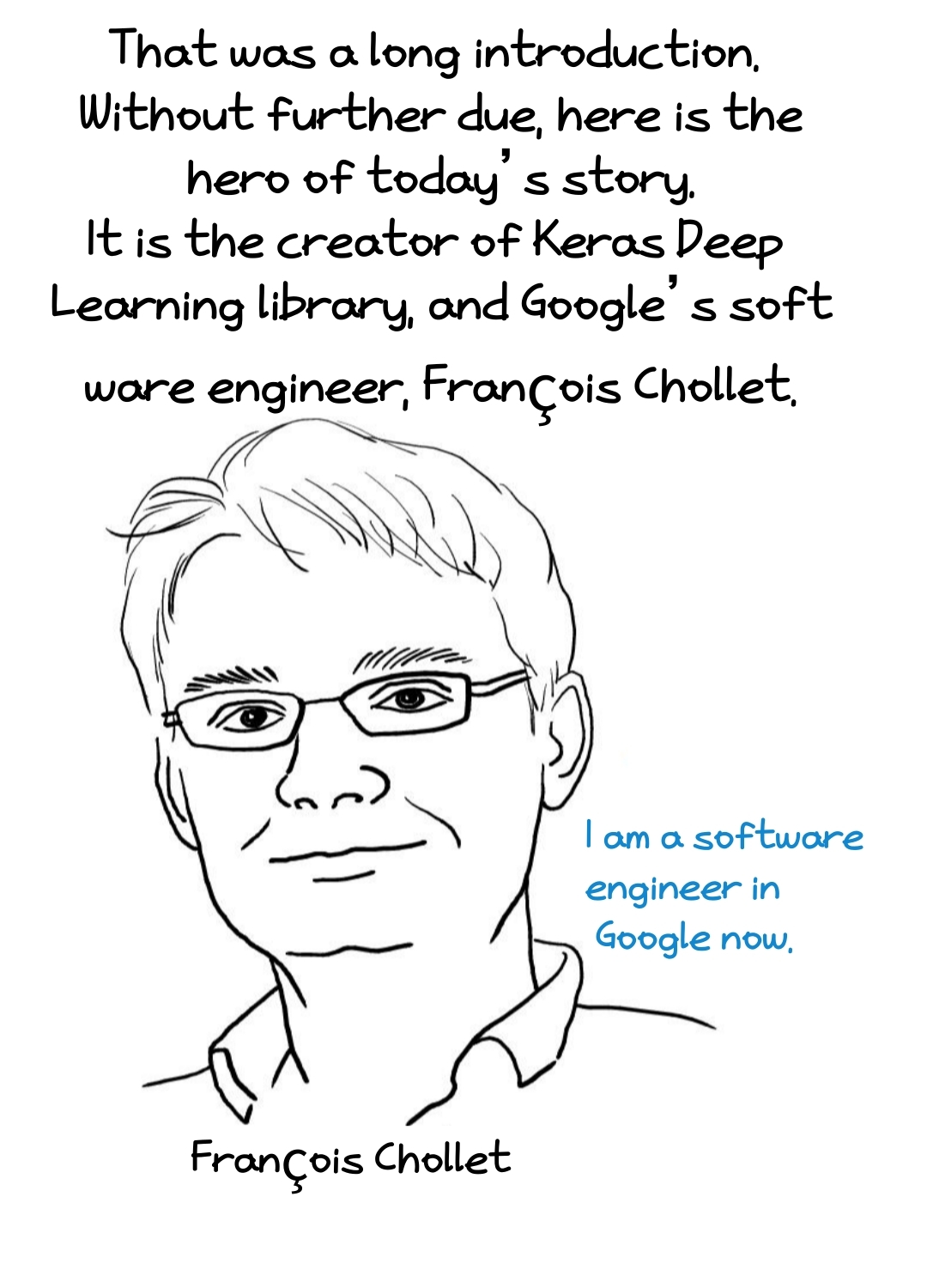 That was a long introduction. Without further due, here is the hero of today’s story.
It is the creator of Keras Deep Learning library, and Google’s software engineer, François Chollet. 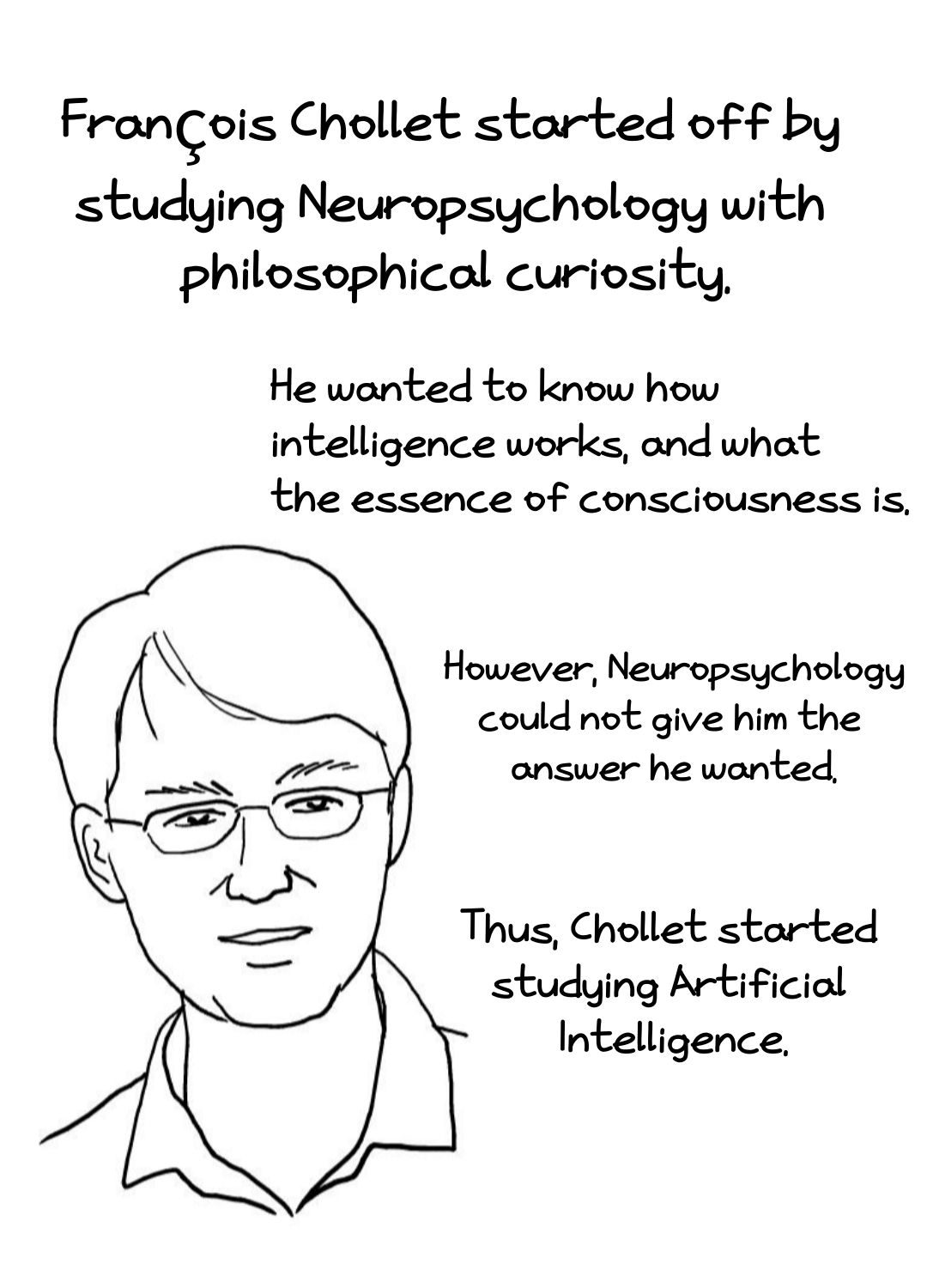 François Chollet started off by studying Neuropsychology with philosophical curiosity. 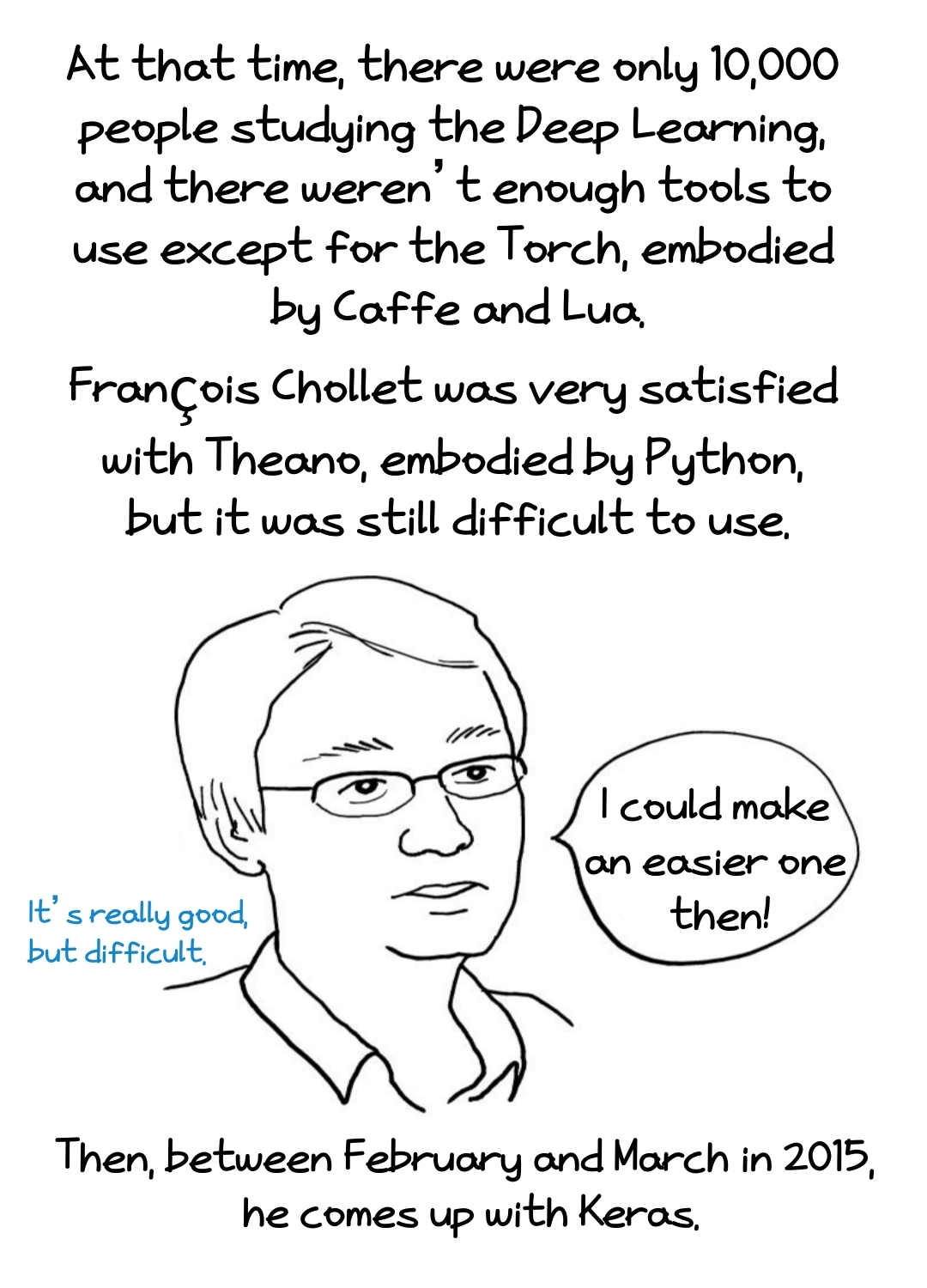 At that time, there were only 10,000 people studying the Deep Learning,
and there weren’t enough tools to use except for the Torch, embodied by Caffe and Lua.
François Chollet was very satisfied with Theano, embodied by Python,
but it was still difficult to use.
Then, between February and March in 2015, he comes up with Keras. 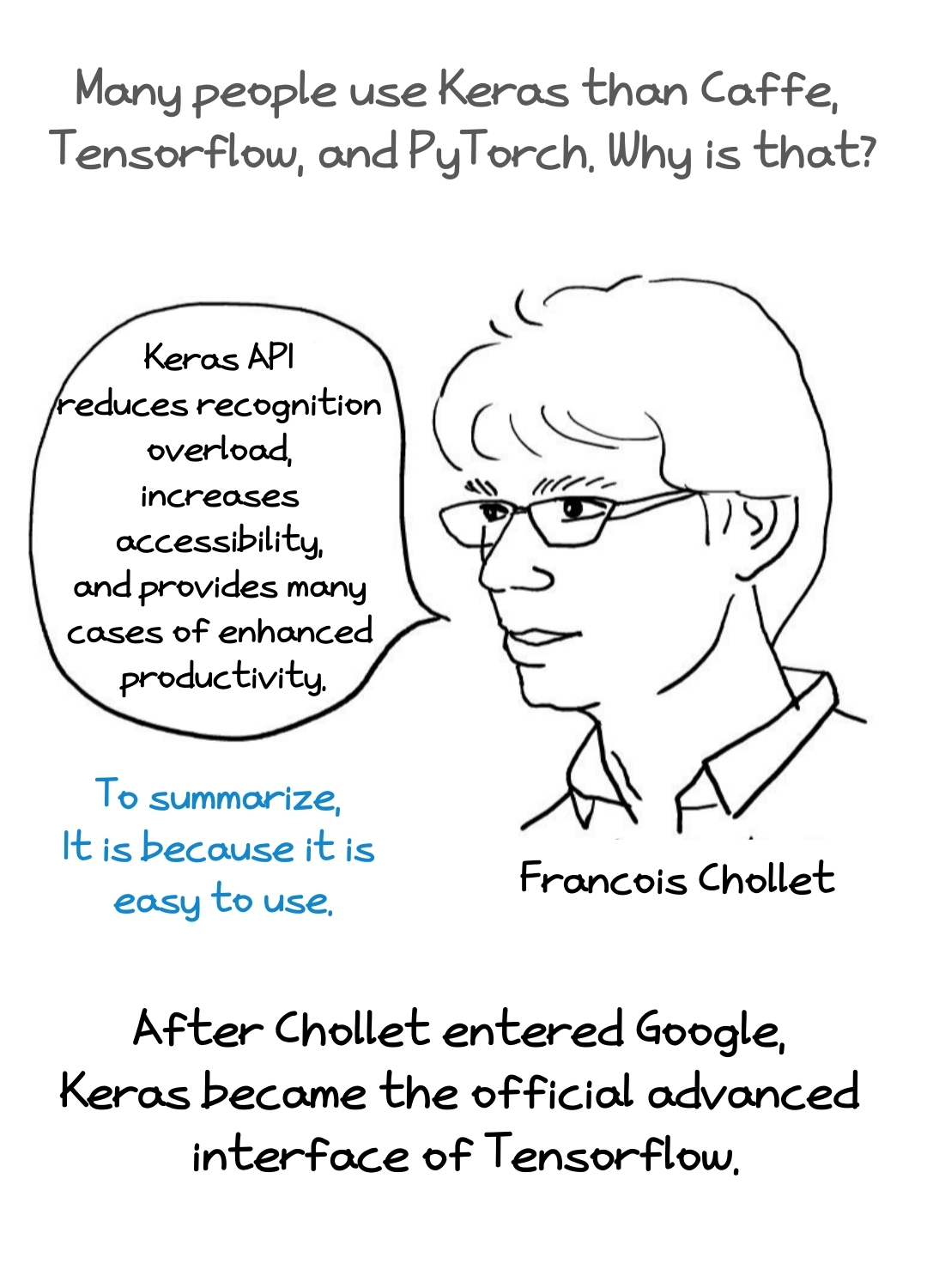 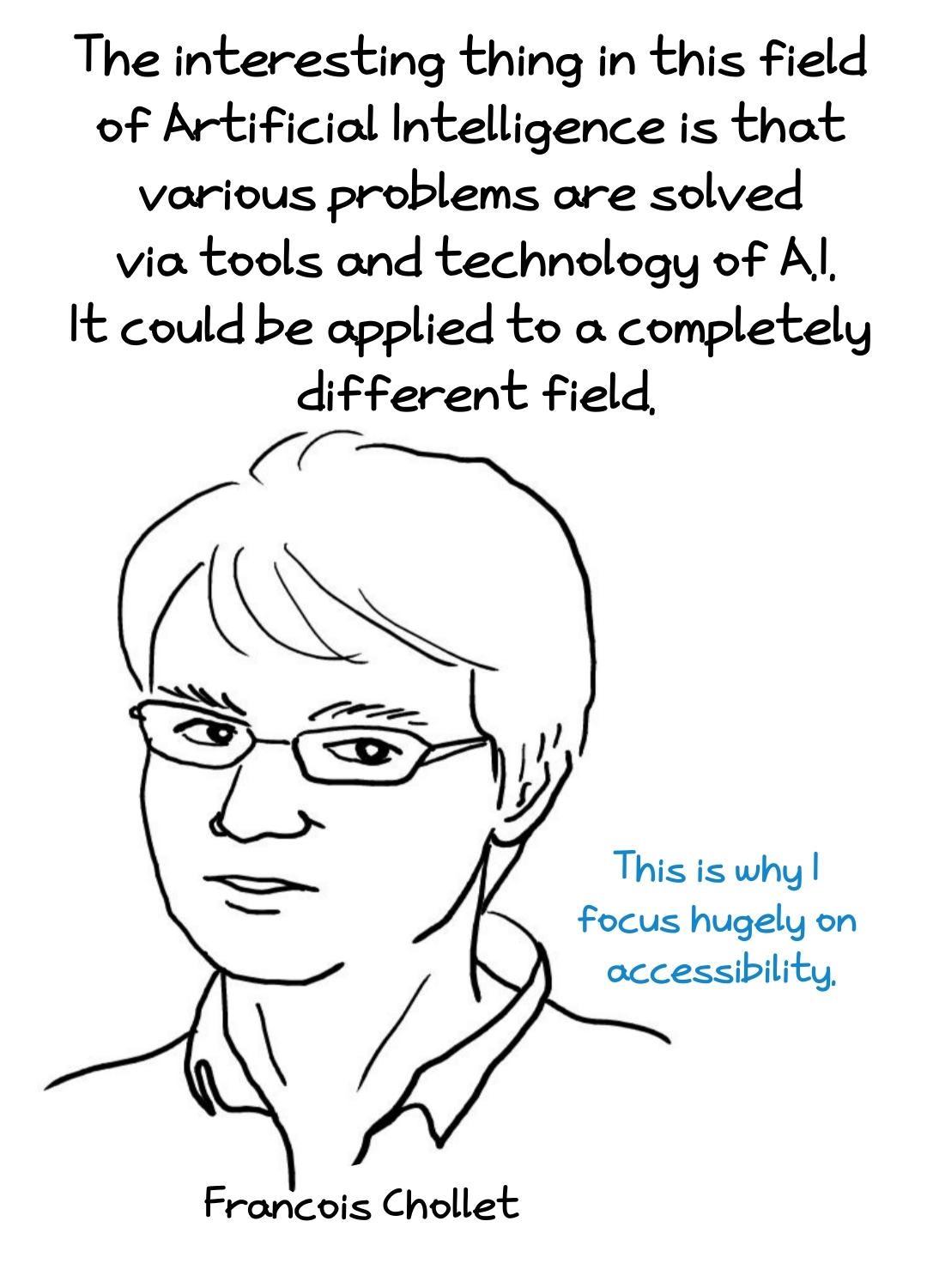 The interesting thing in this field of Artificial Intelligence is that various problems
are solved via tools and technology of A.I.
It could be applied to a completely different field. 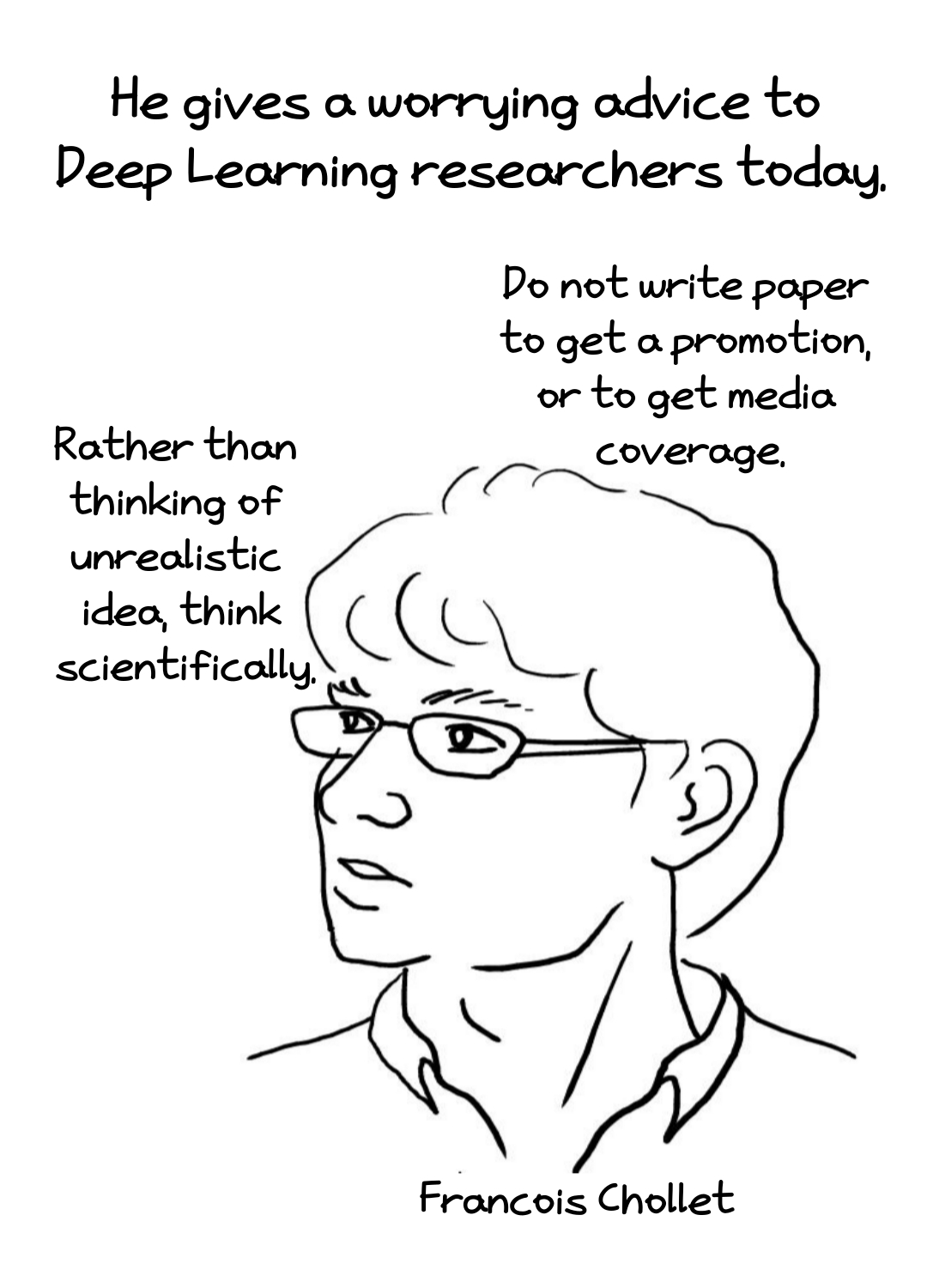 He gives a worrying advice to Deep Learning researchers today. 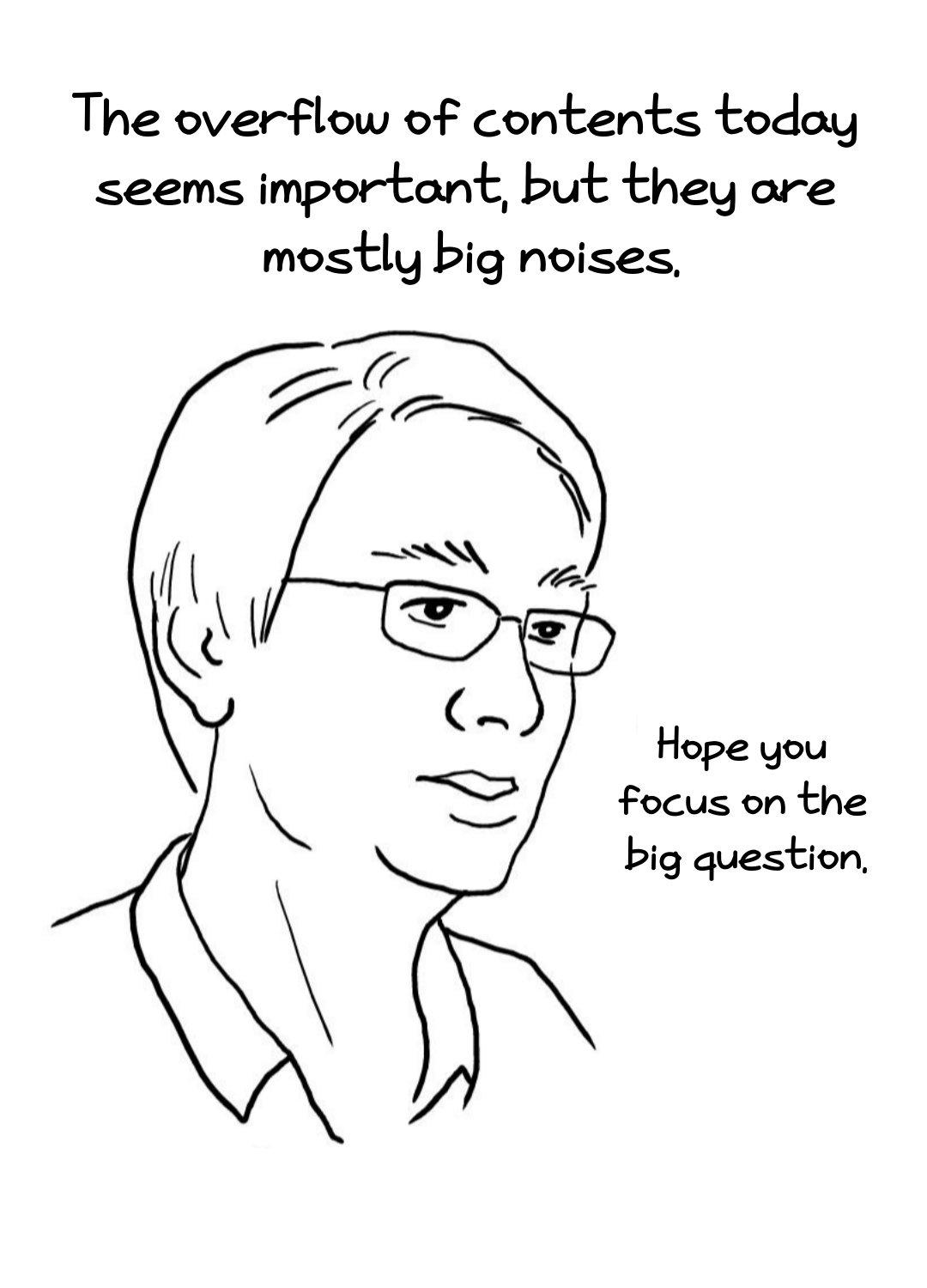 The overflow of contents today seems important, but they are mostly big noises.
Do you need database performance monitoring? Contact us and we will send you a free quote
[email protected]