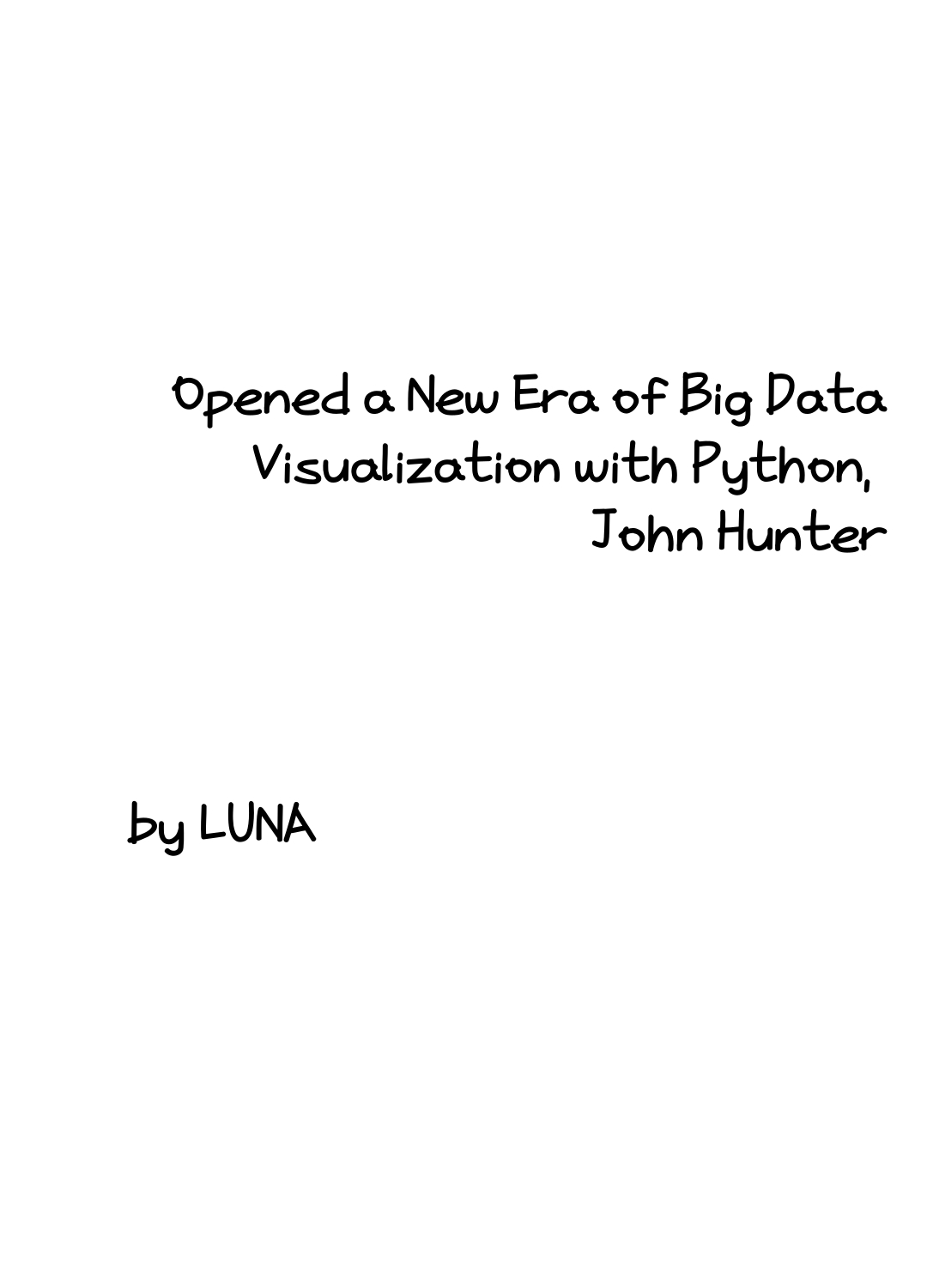 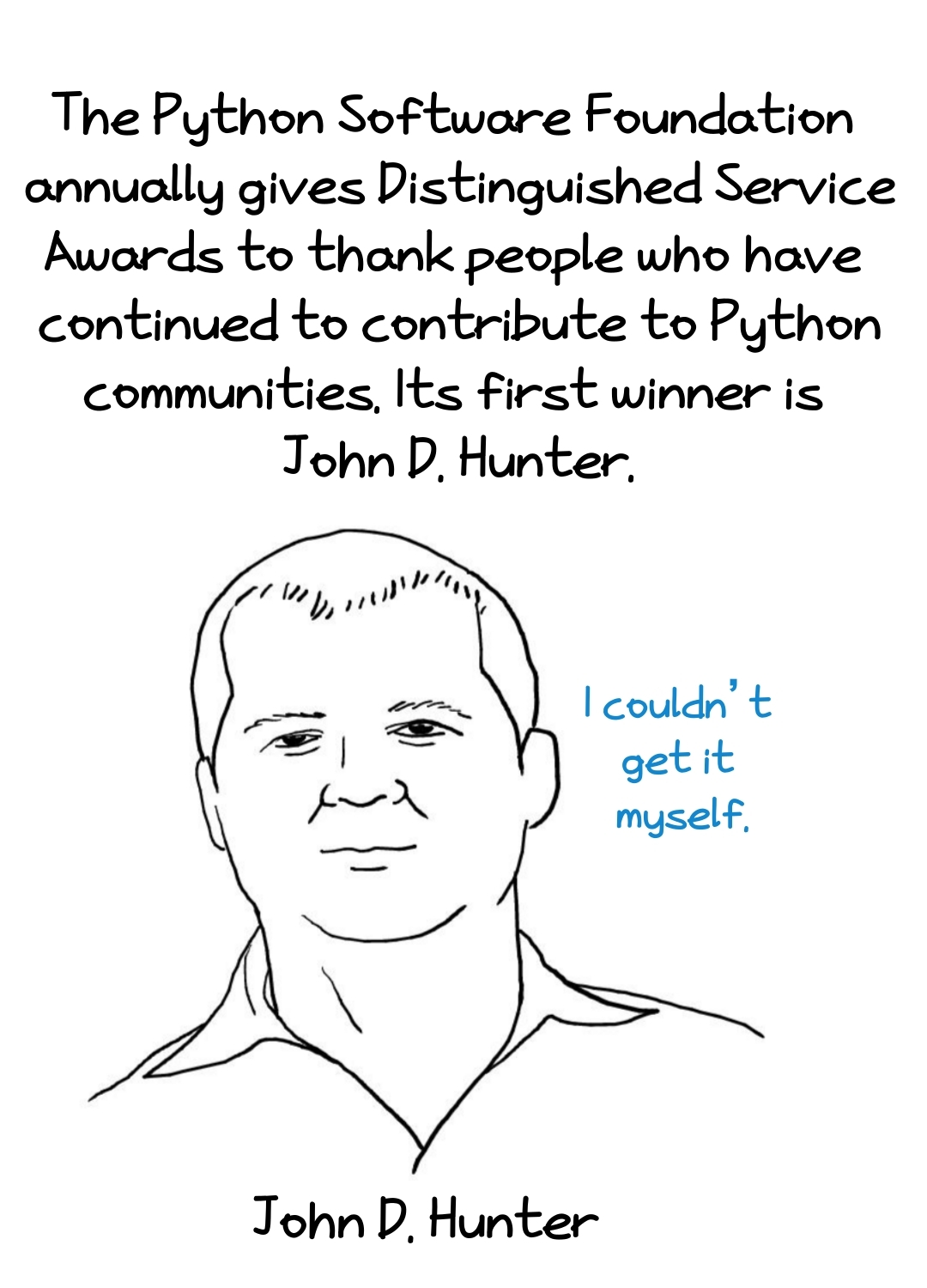 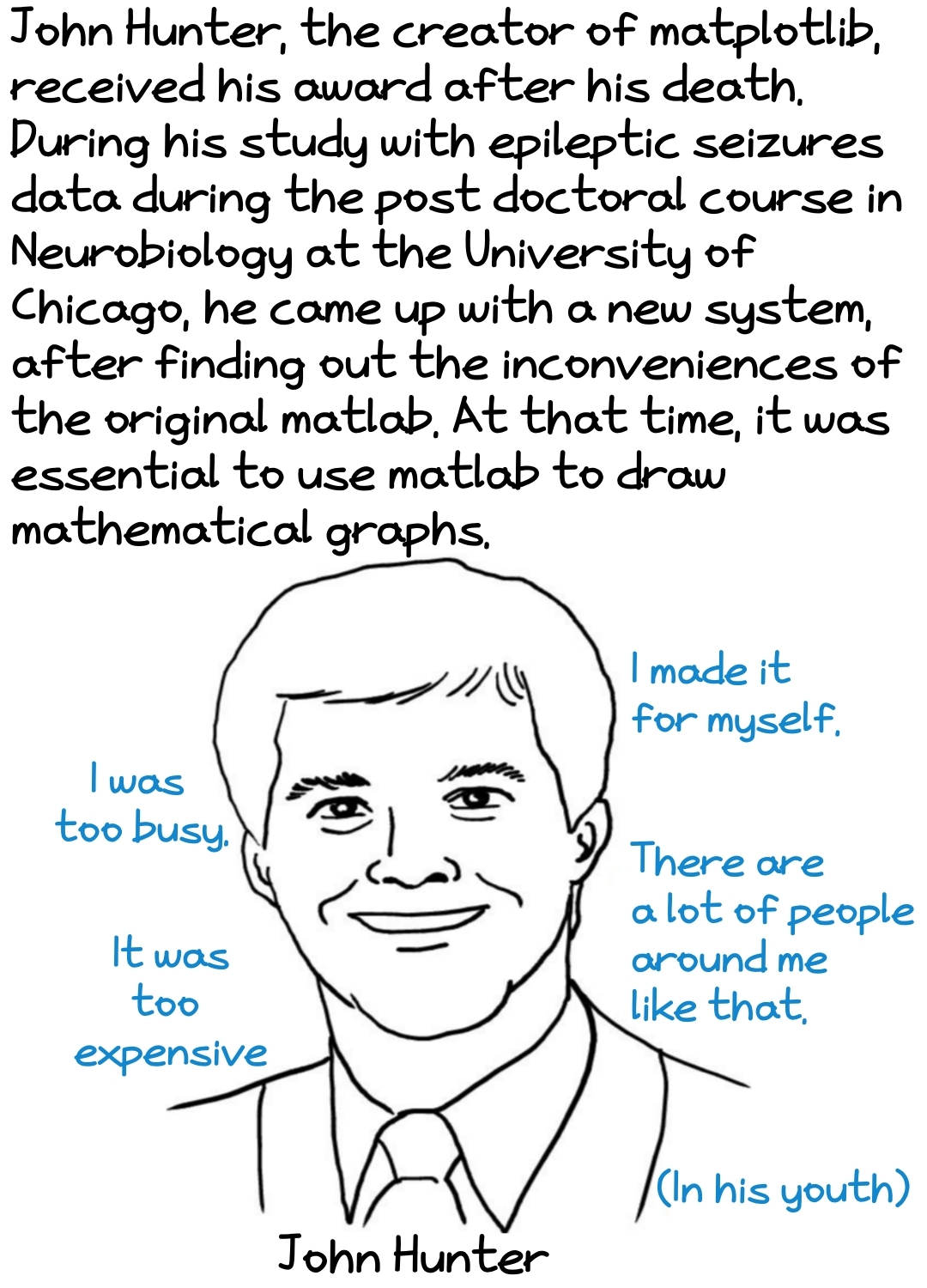 John Hunter, the creator of matplotlib, received his award after his death.
During his study with epileptic seizures data during the post doctoral course in Neurobiology at
the University of Chicago, he came up with a new system, after finding out the inconveniences
of the original matlab. At that time, it was essential to use matlab to draw mathematical graphs. 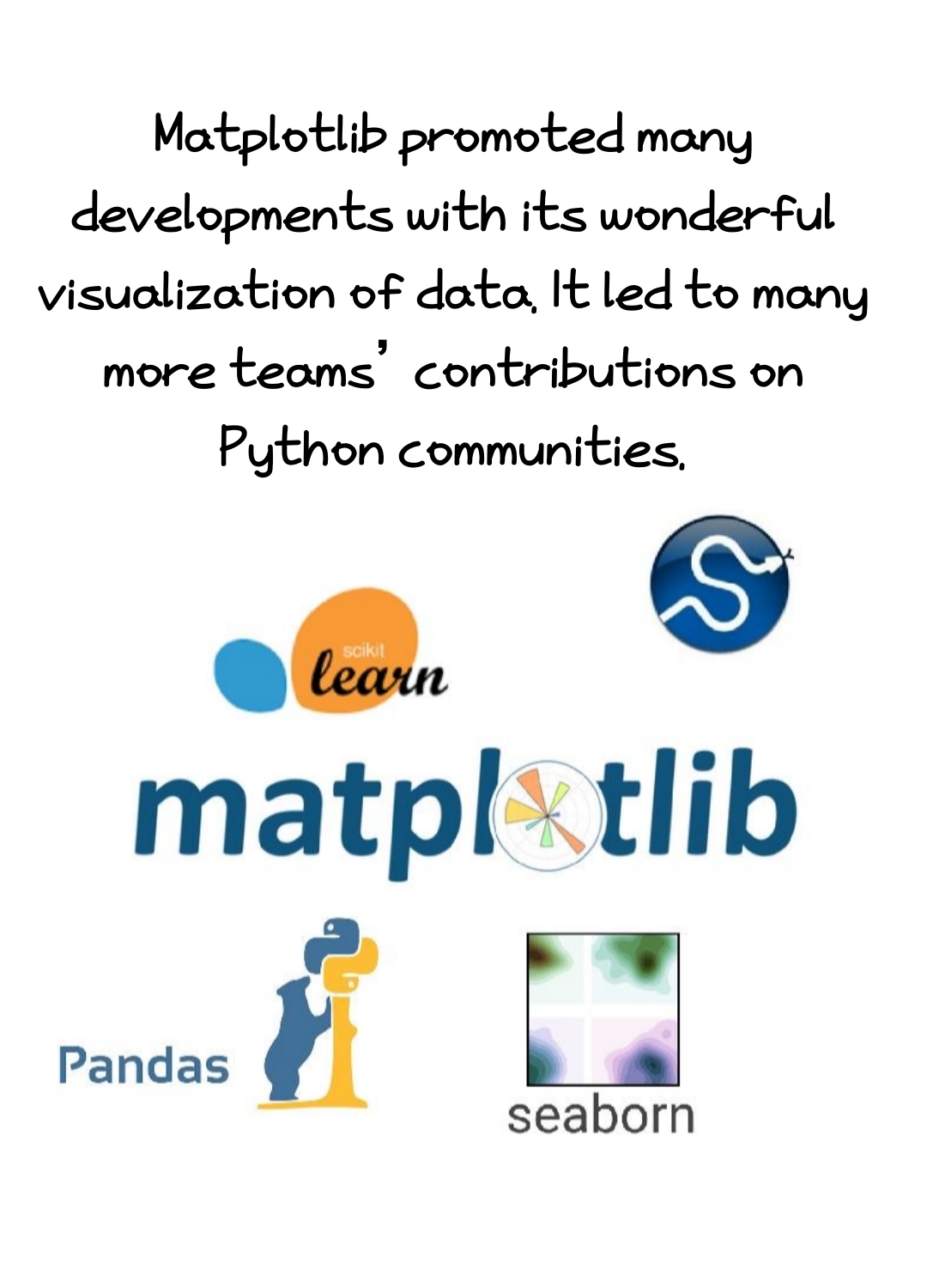 Matplotlib promoted many developments with its wonderful visualization of data.
It led to many more teams’ contributions on Python communities. 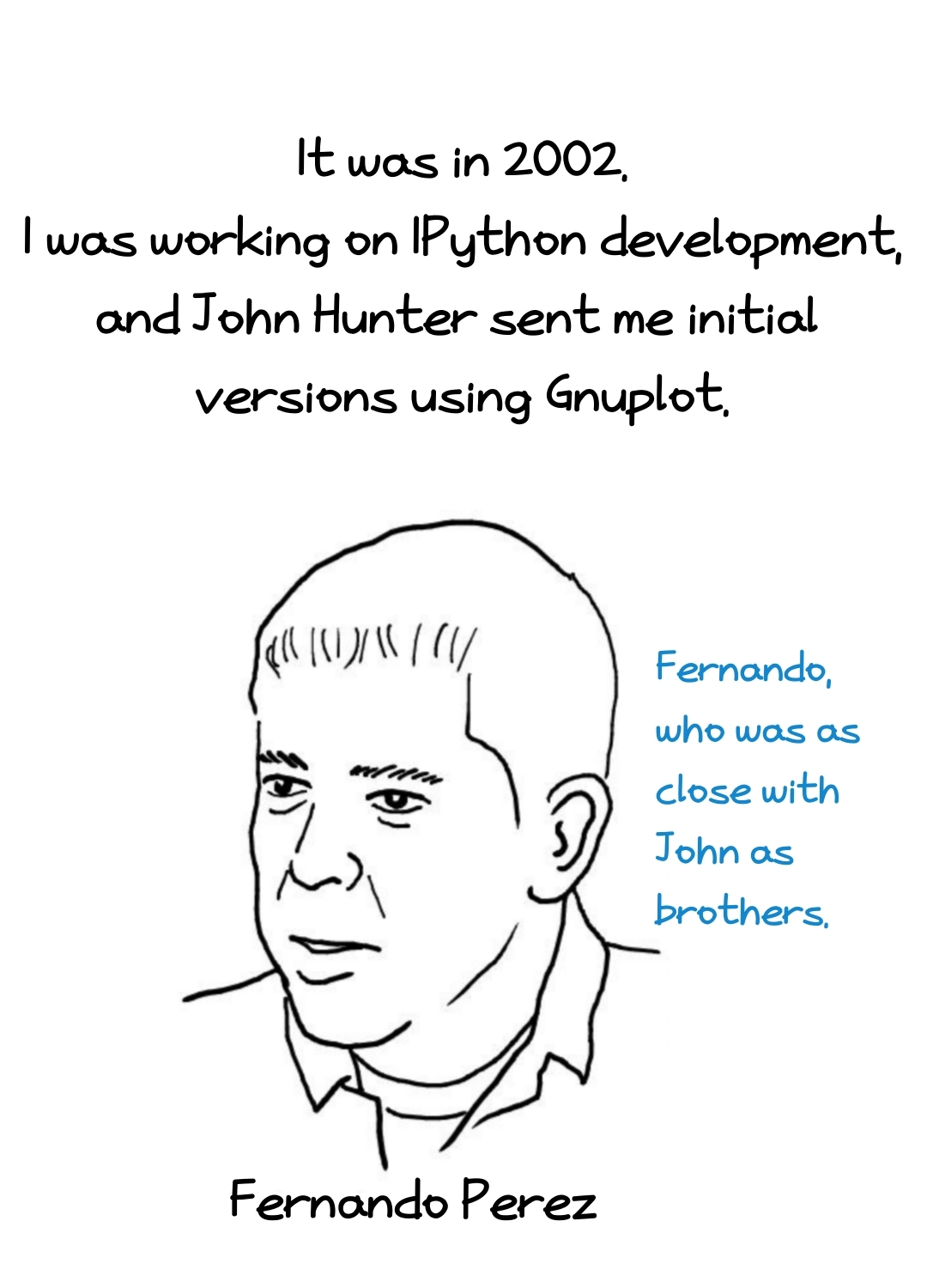 It was in 2002. I was working on IPython development, and John Hunter sent me initial versions using Gnuplot. 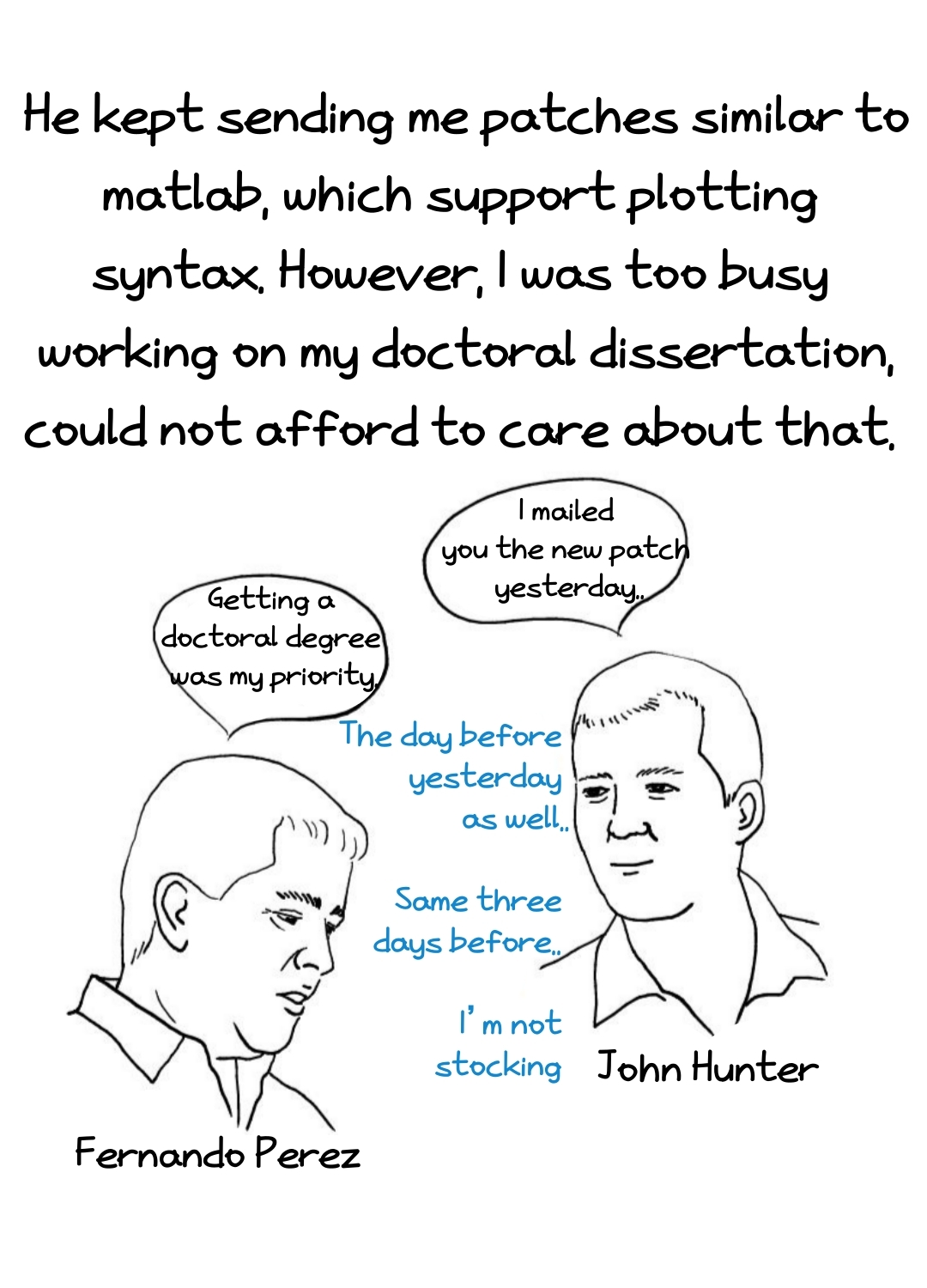 He kept sending me patches similar to matlab, which support plotting syntax.
However, I was too busy working on my doctoral dissertation, could not afford to care about that. 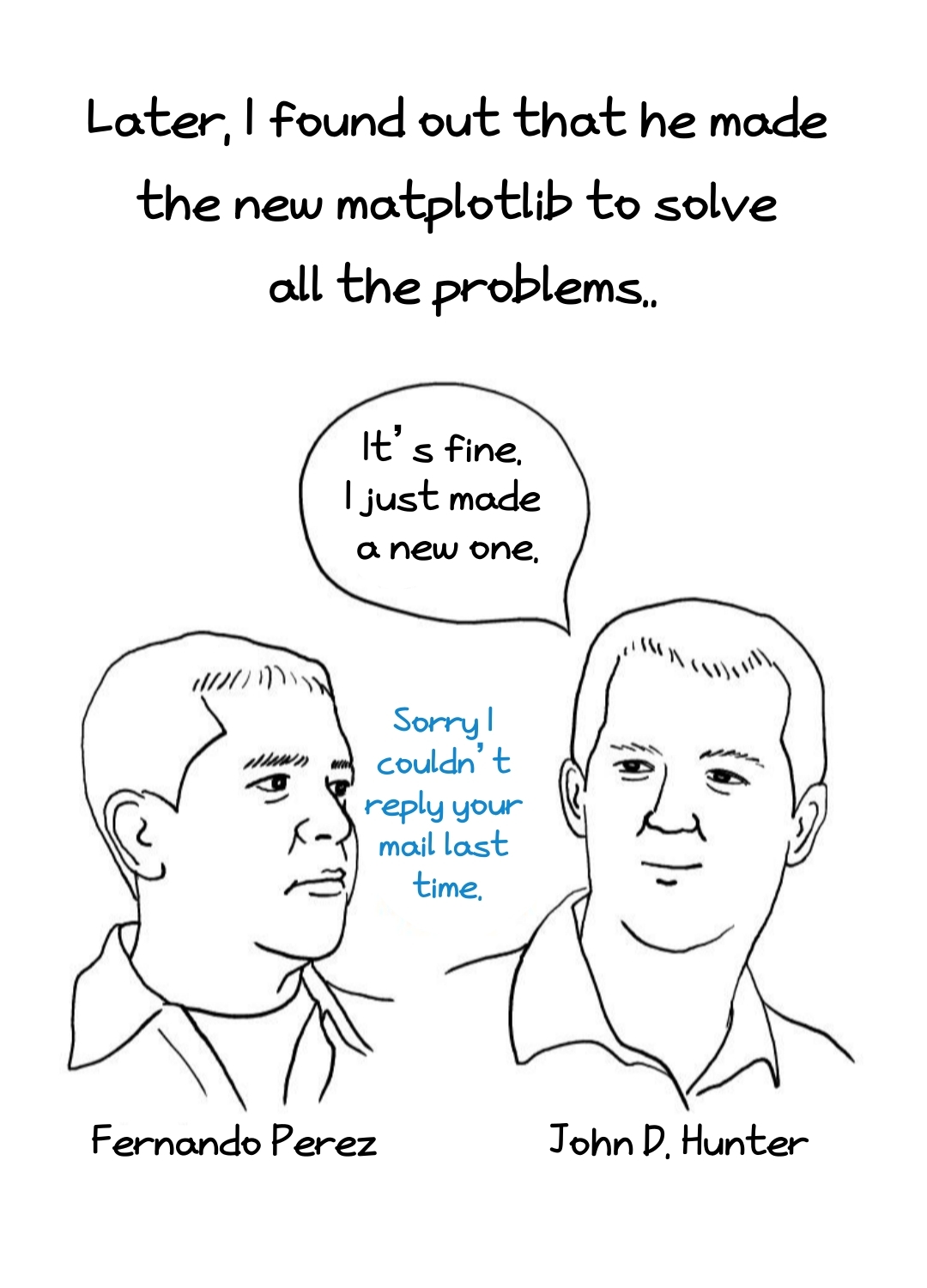 Later, I found out that he made the new matplotlib to solve all the problems.. 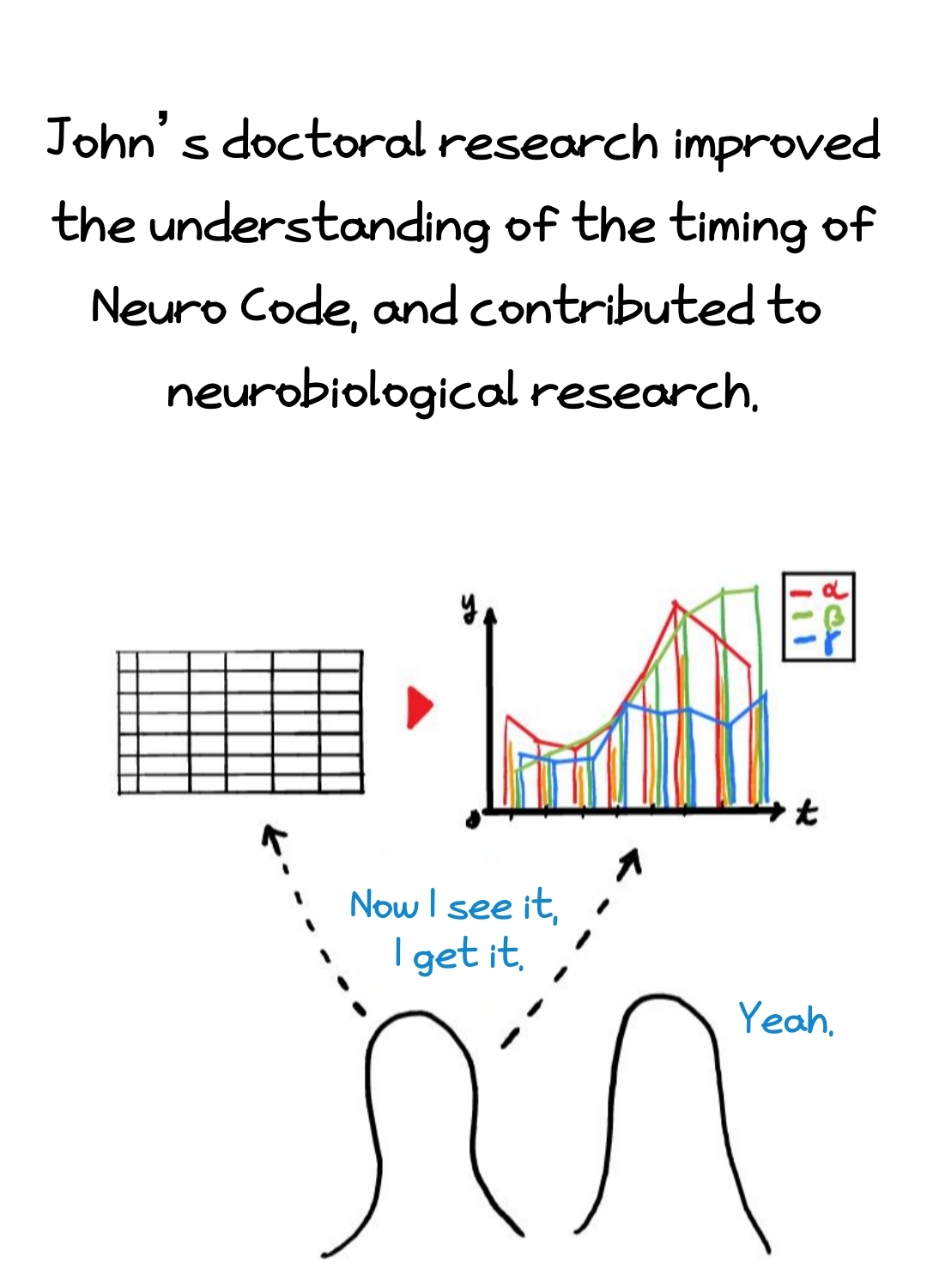 John’s doctoral research improved the understanding of the timing of Neuro Code, and contributed to neurobiological research. 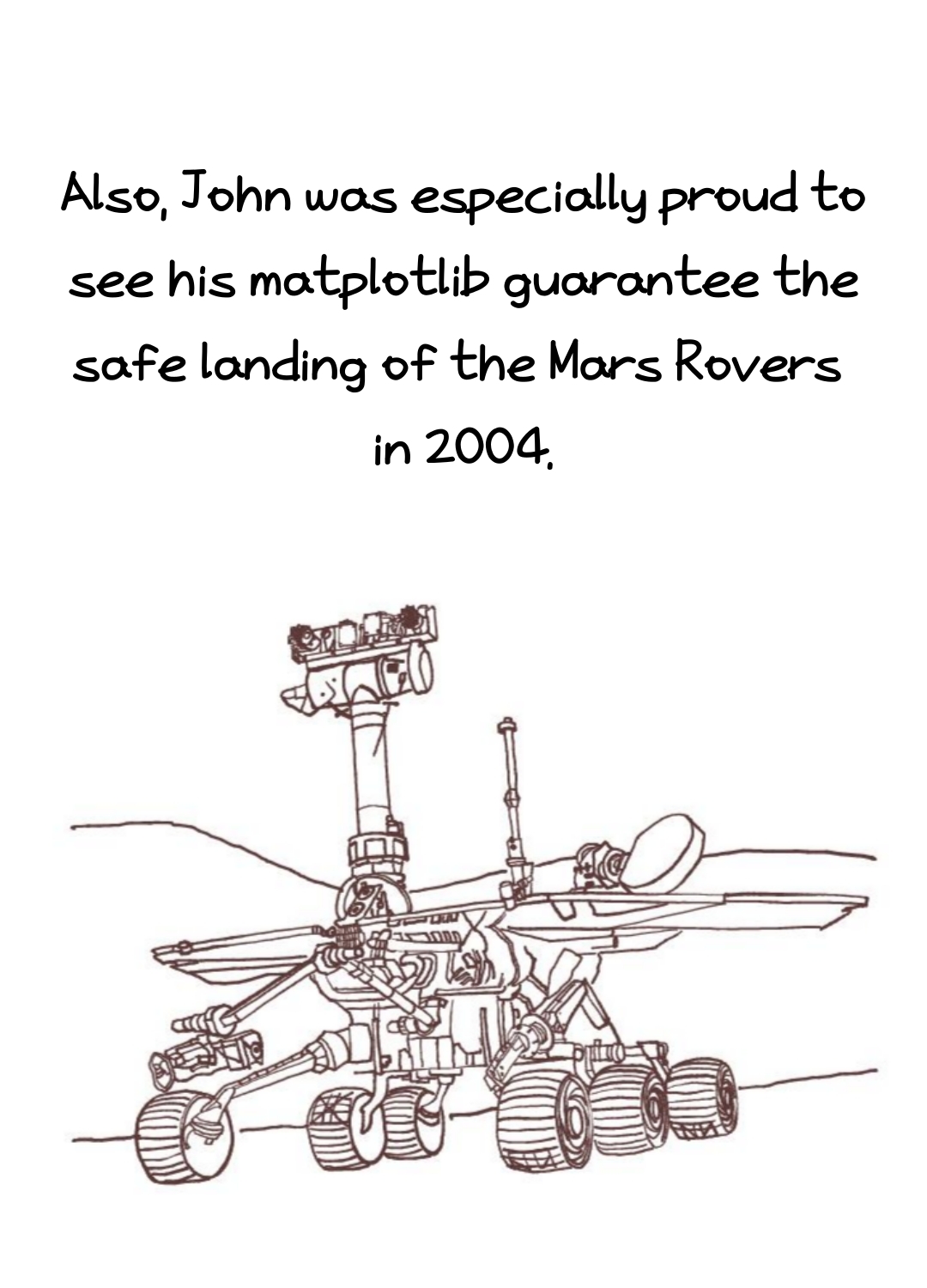 Also, John was especially proud to see his matplotlib guarantee the safe landing of the Mars Rovers in 2004. 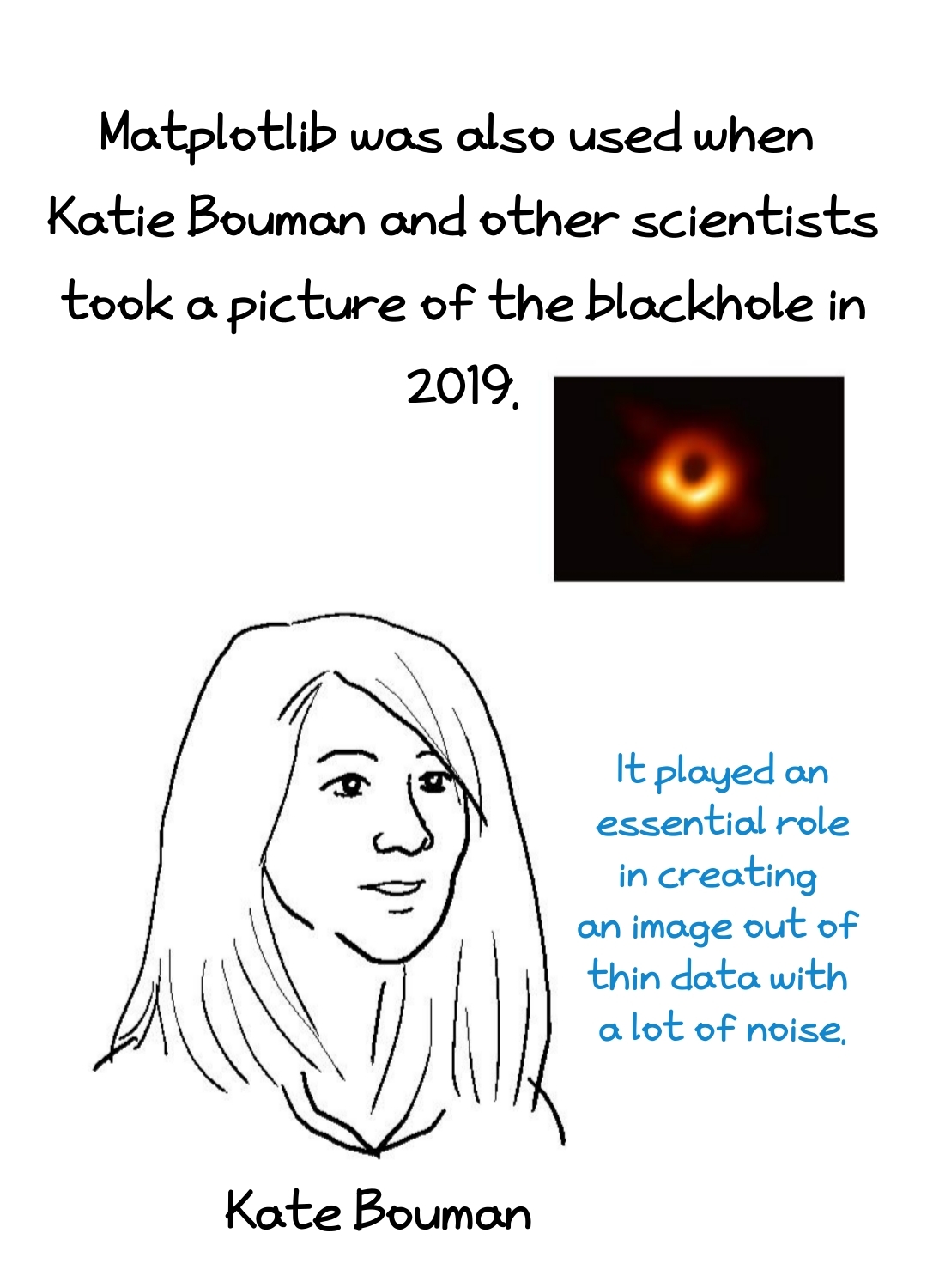 Matplotlib was also used when Katie Bouman and other scientists took a picture of the blackhole in 2019. 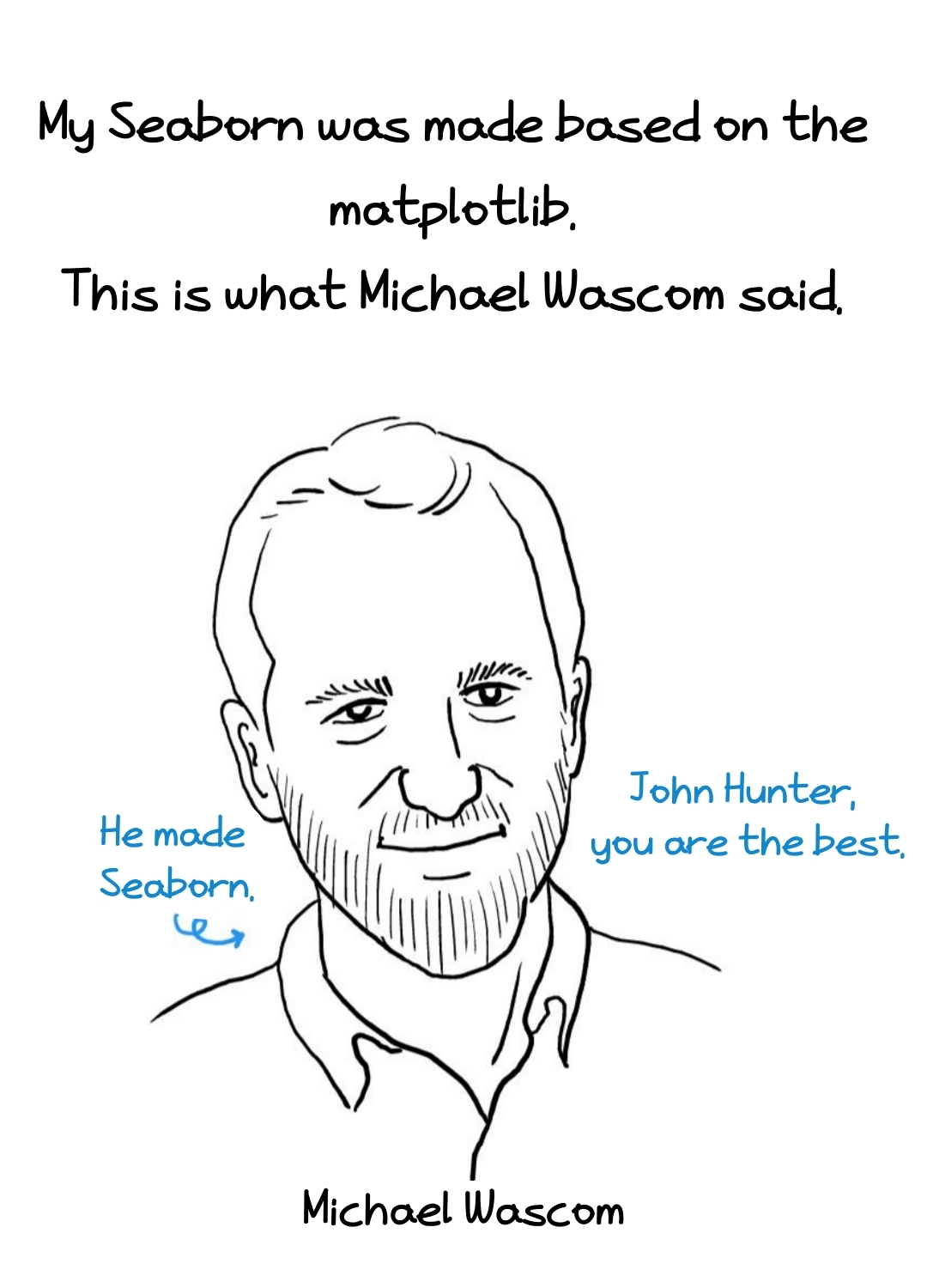 My Seaborn was made based on the matplotlib. This is what Michael Wascom said. 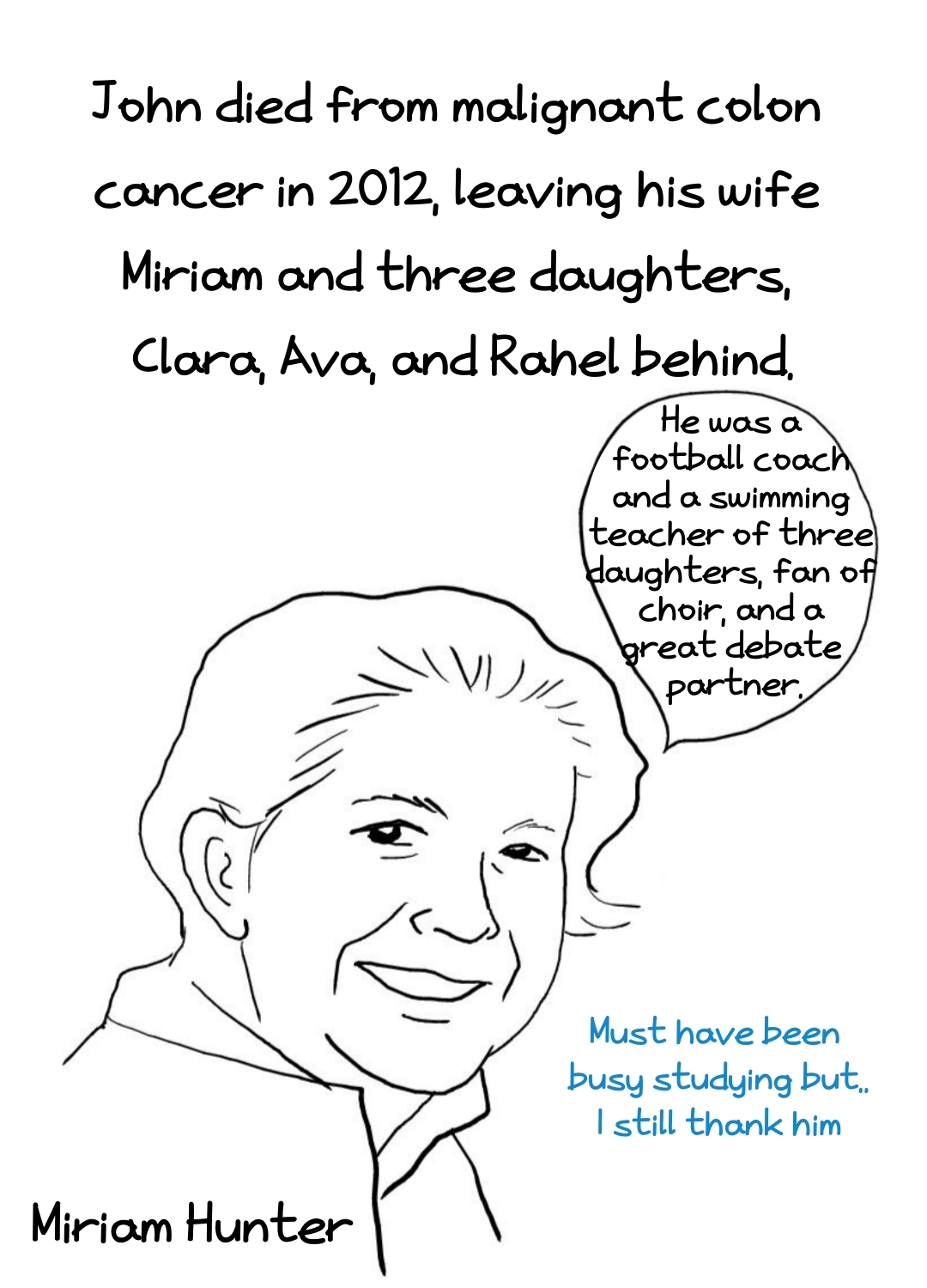 John died from malignant colon cancer in 2012, leaving his wife Miriam and three daughters,
Clara, Ava, and Rahel behind. 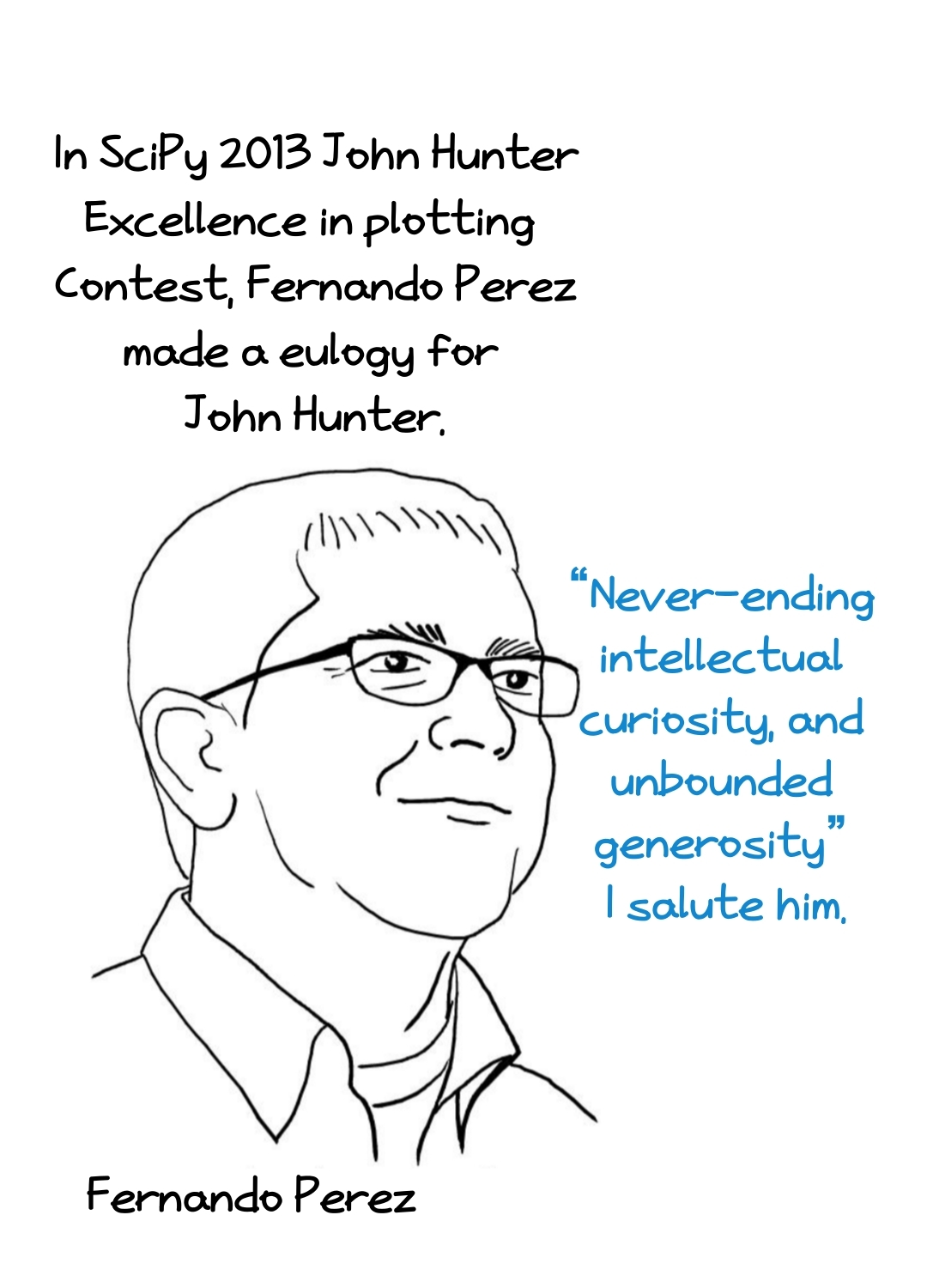 In SciPy 2013 John Hunter Excellence in plotting Contest, Fernando Perez made a eulogy for John Hunter.
Do you need database performance monitoring? Contact us and we will send you a free quote
[email protected]