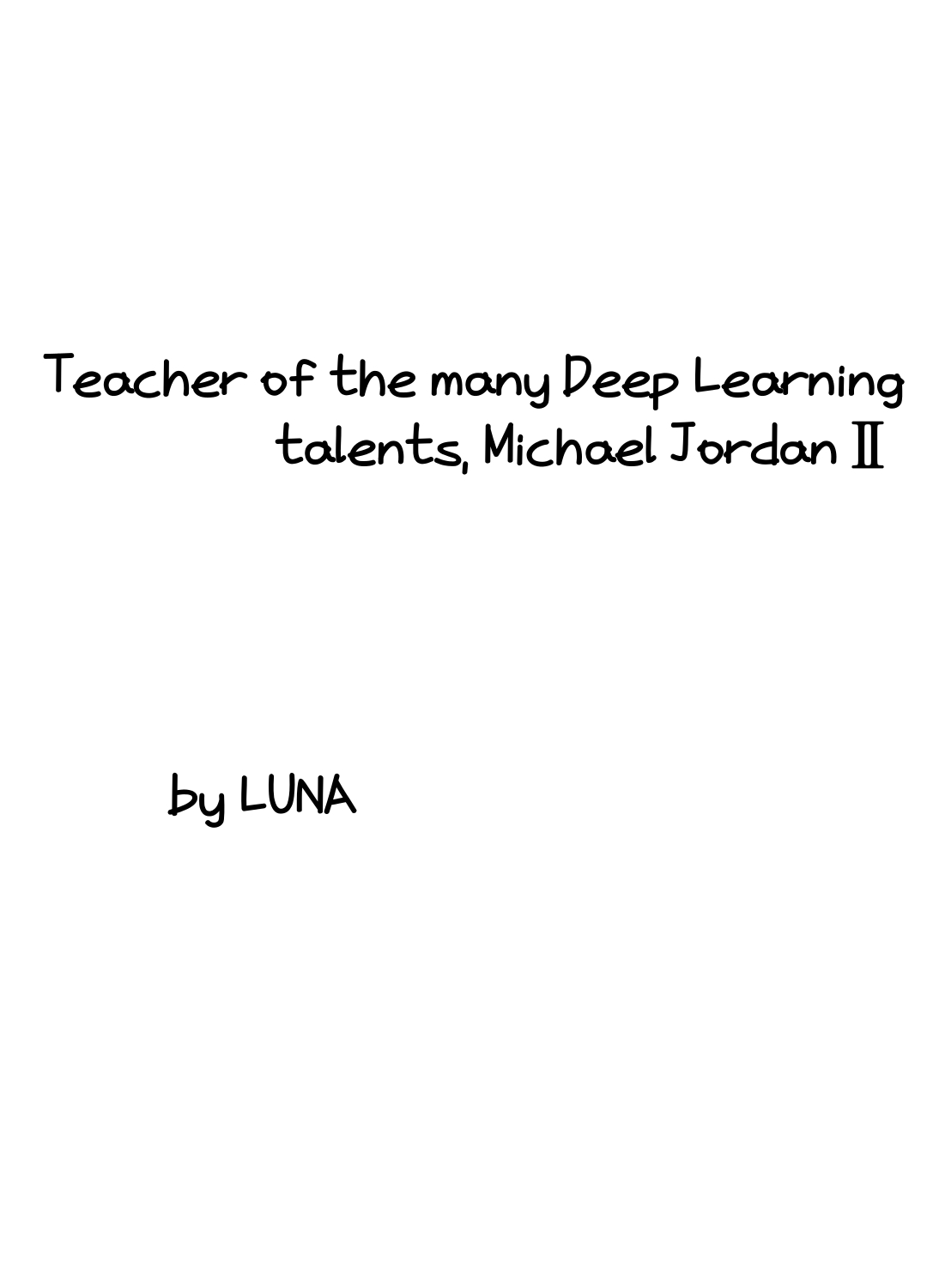 Teacher of the many Deep Learning talents, Michael Jordan 2 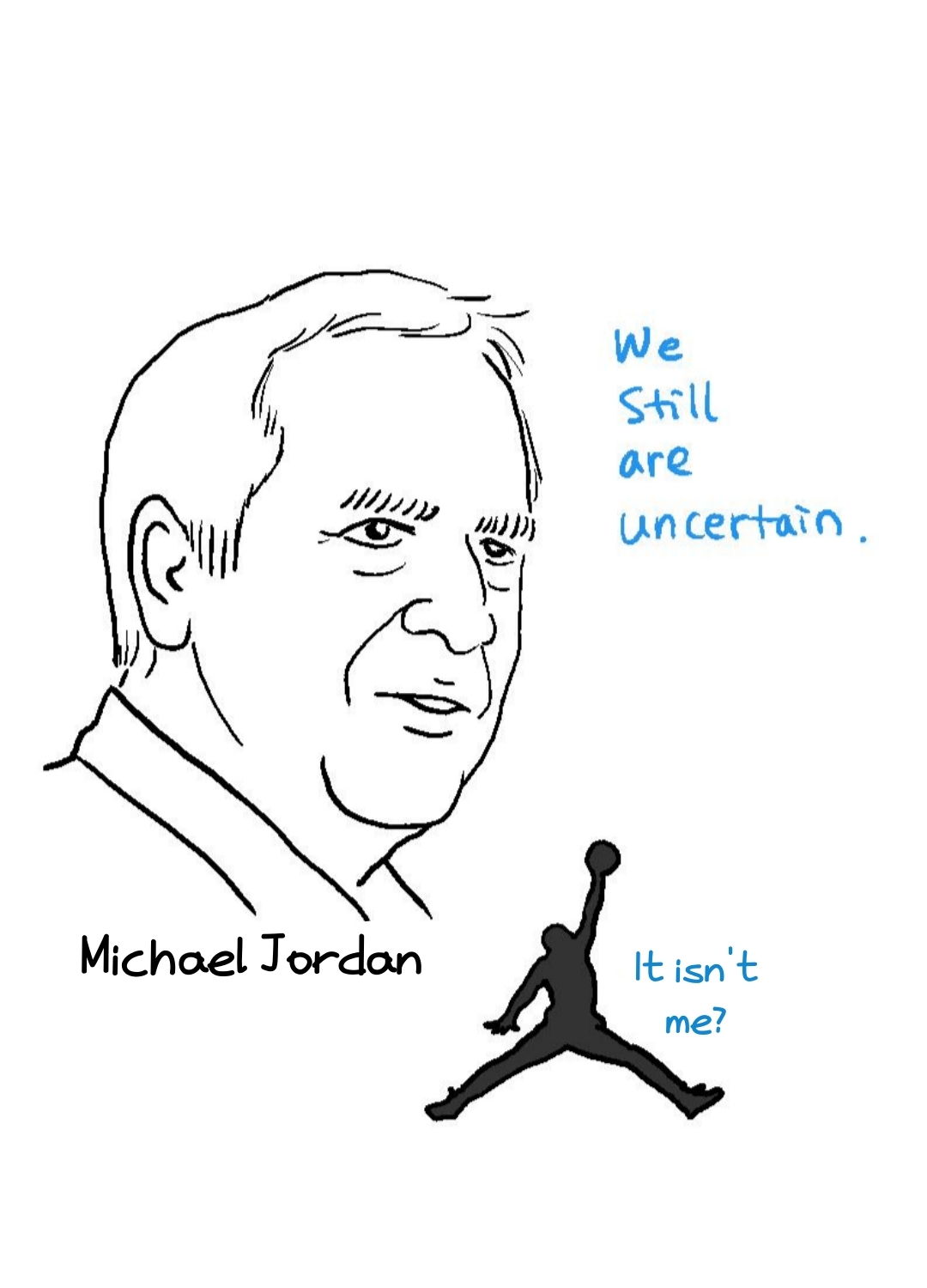 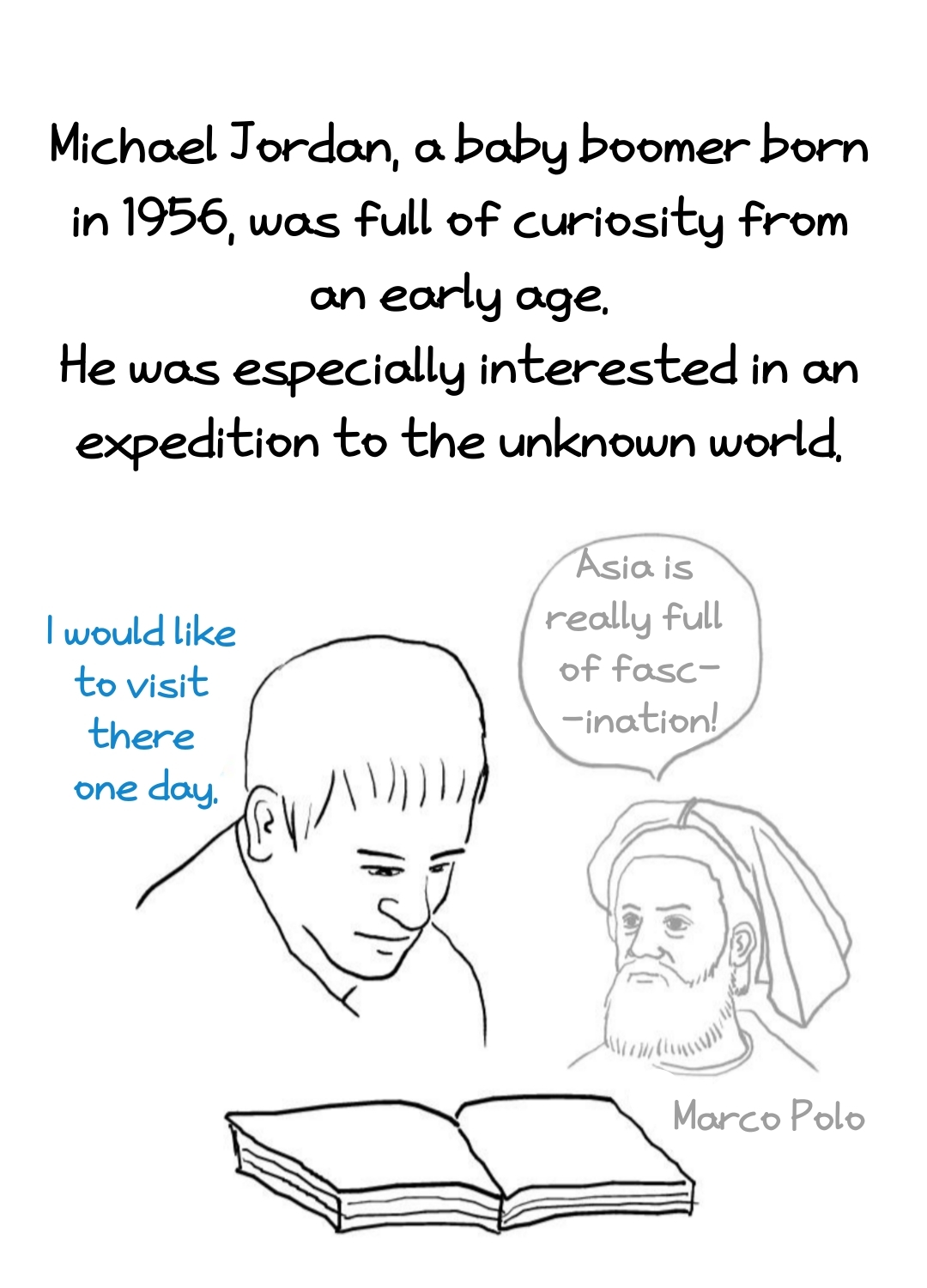 Michael Jordan, a baby boomer born in 1956, was full of curiosity from an early age.
He was especially interested in an expedition to the unknown world. 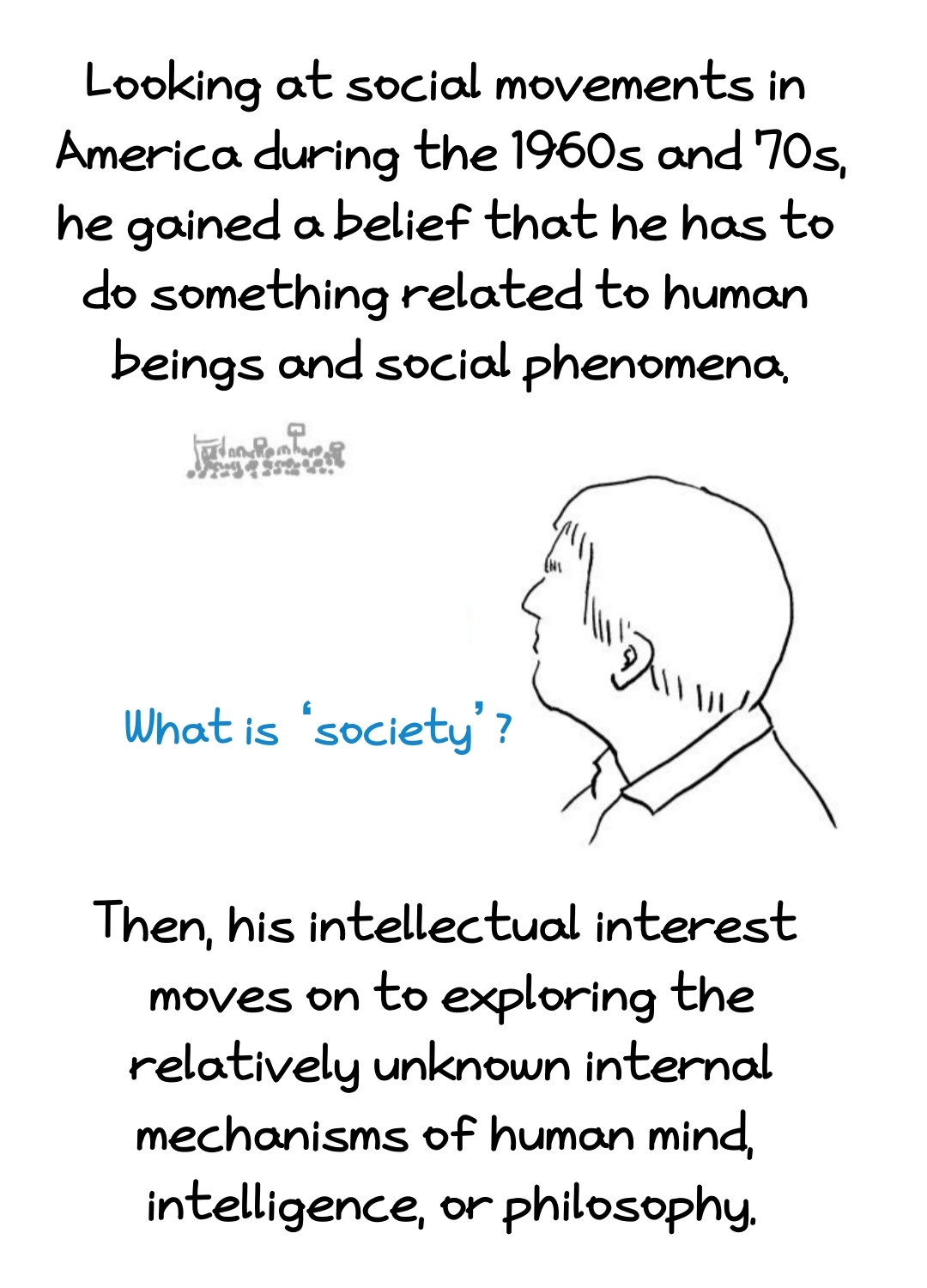 Looking at social movements in America during the 1960s and 70s,
he gained a belief that he has to do something related to human beings and social phenomena.
Then, his intellectual interest moves on to exploring the relatively unknown internal mechanisms of
human mind, intelligence, or philosophy. 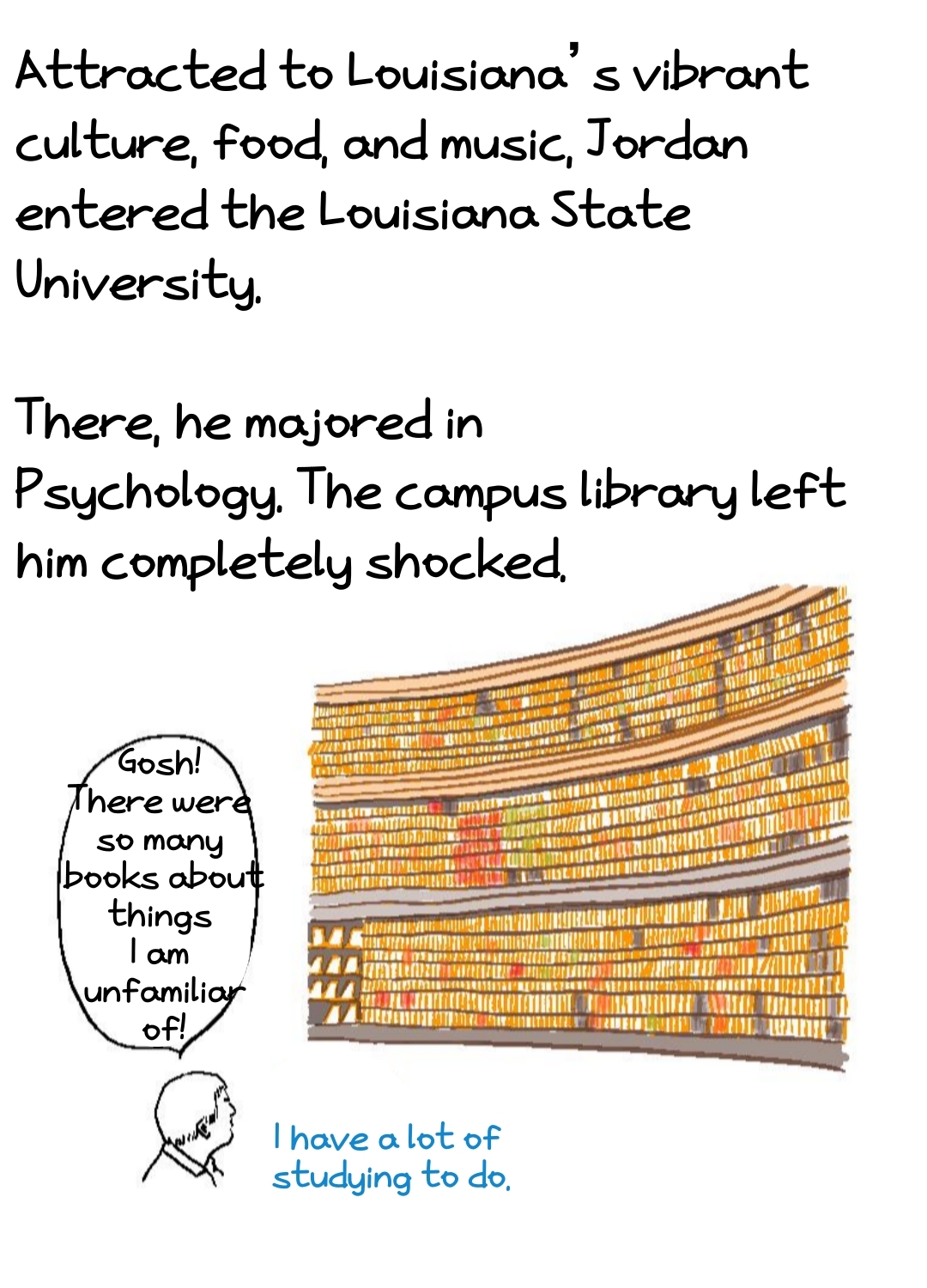 Attracted to Louisiana’s vibrant culture, food, and music, Jordan entered the Louisiana State University.
There, he majored in Psychology. The campus library left him completely shocked. 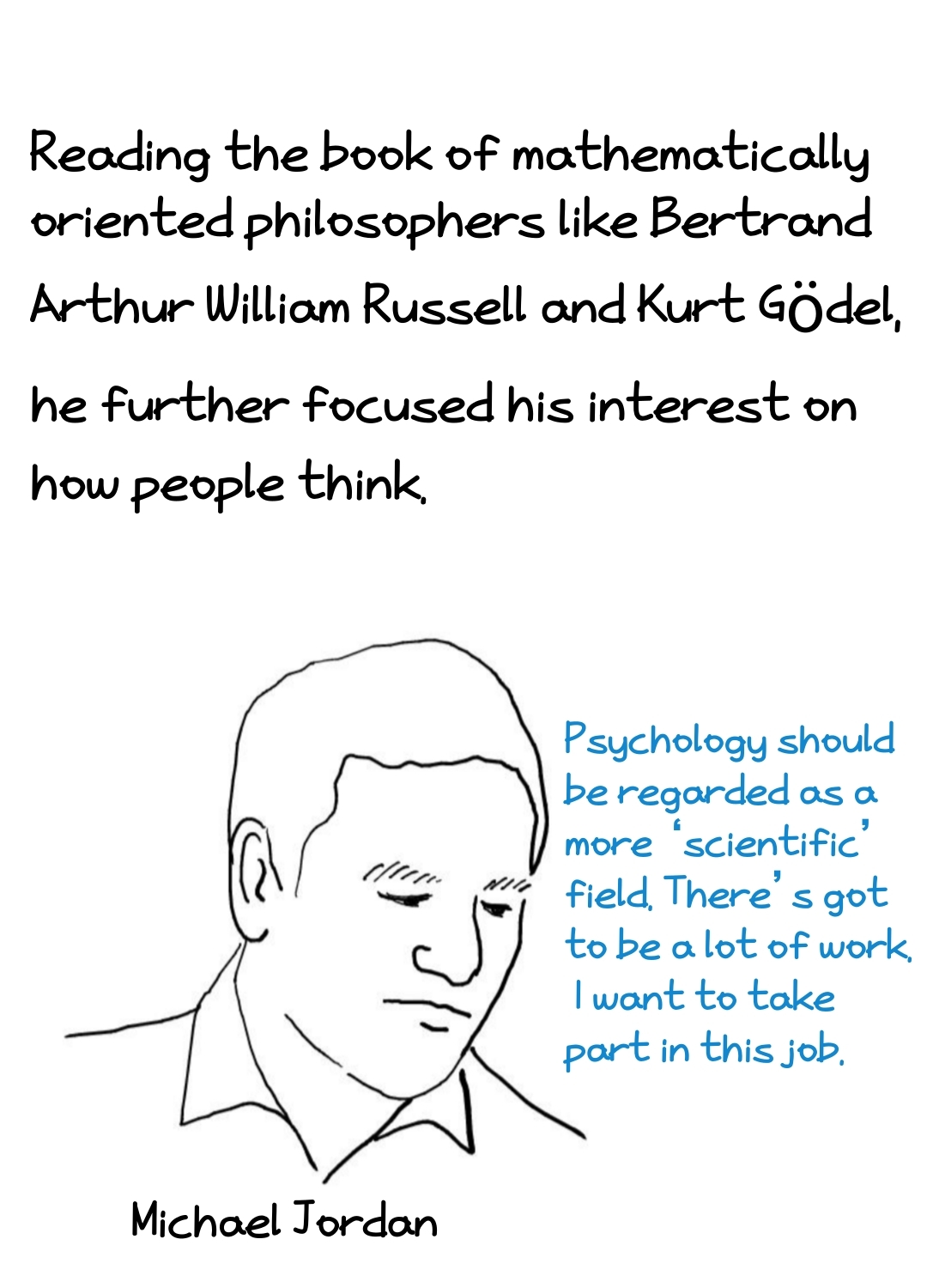 Reading the book of mathematically oriented philosophers like
Bertrand Arthur William Russell and Kurt Gödel, he further focused his interest on how people think. 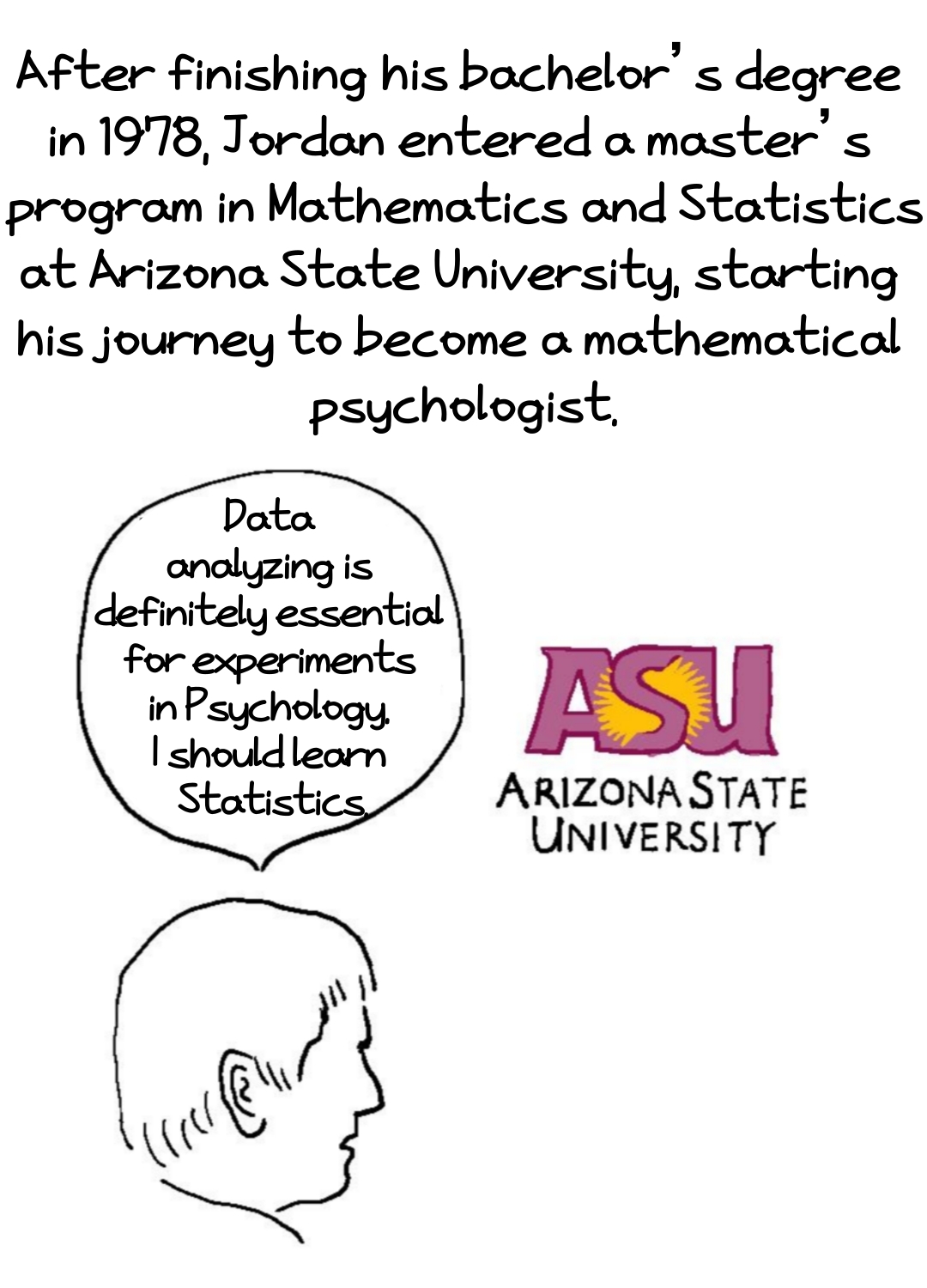 After finishing his bachelor’s degree in 1978, Jordan entered a master’s program in Mathematics and Statistics at Arizona State University,
starting his journey to become a mathematical psychologist. 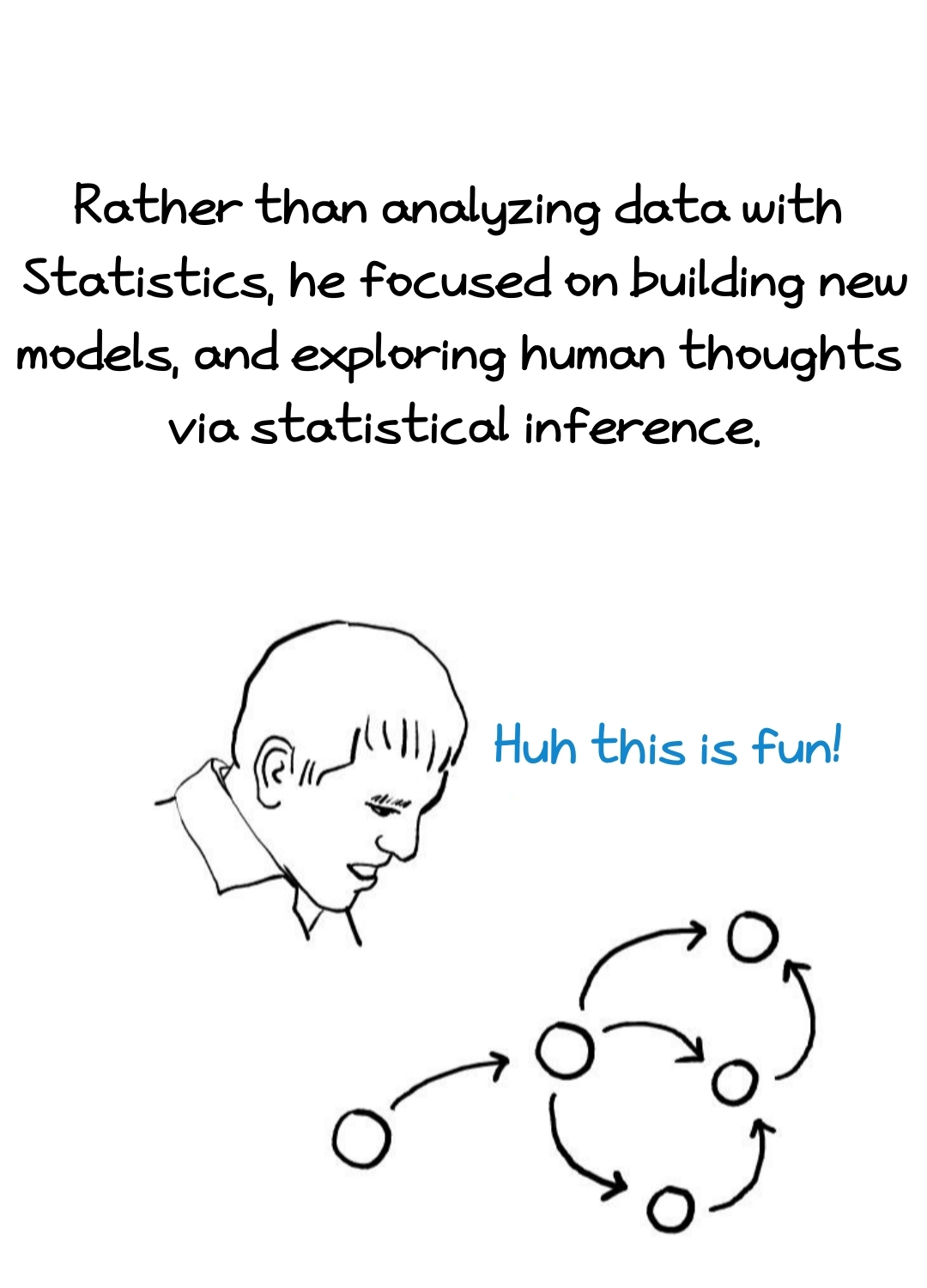 Rather than analyzing data with Statistics, he focused on building new models,
and exploring human thoughts via statistical inference. 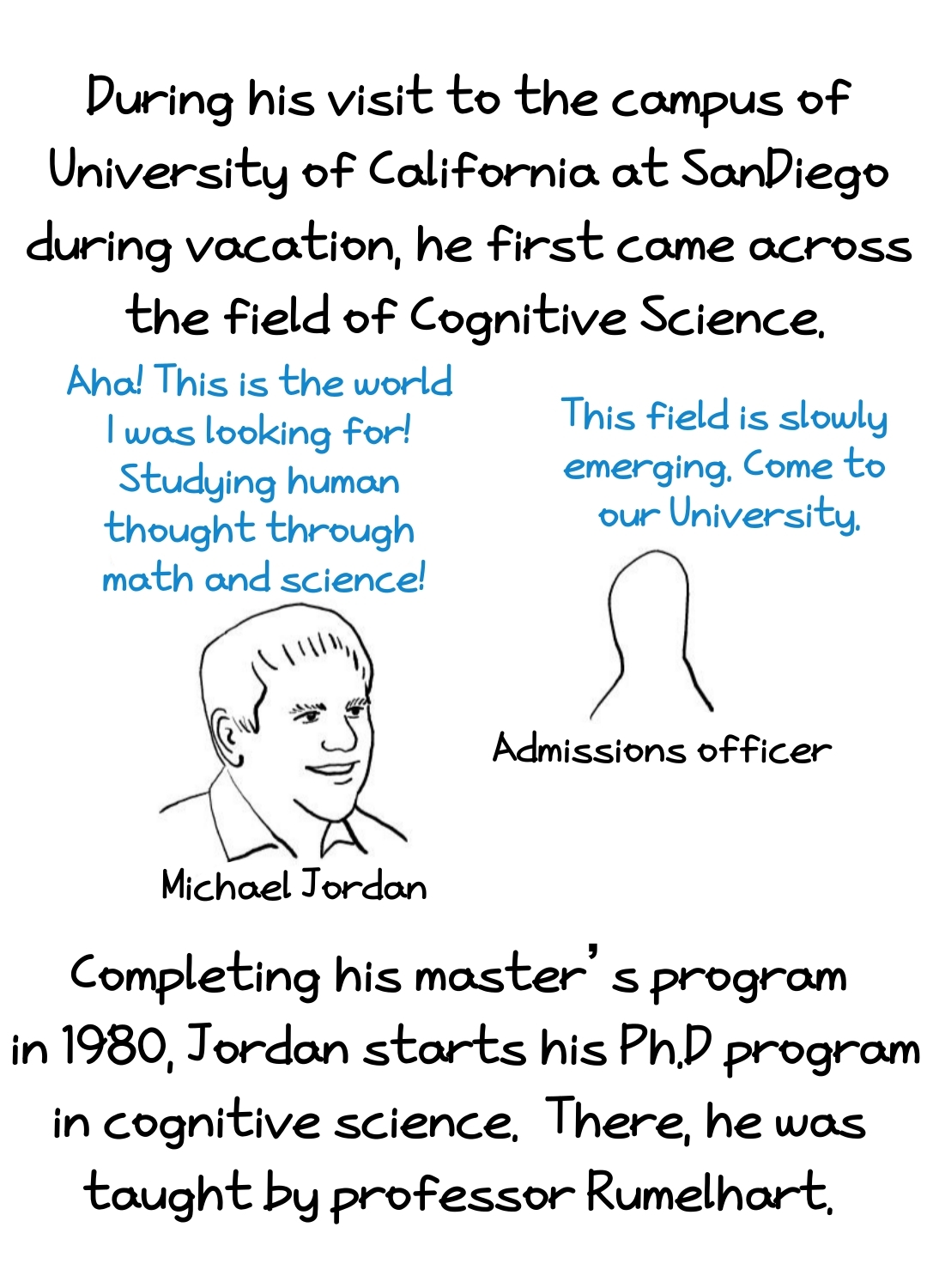 During his visit to the campus of University of California at SanDiego during vacation,
he first came across the field of Cognitive Science.
Completing his master’s program in 1980, Jordan starts his Ph.D program in cognitive science.
There, he was taught by professor Rumelhart. 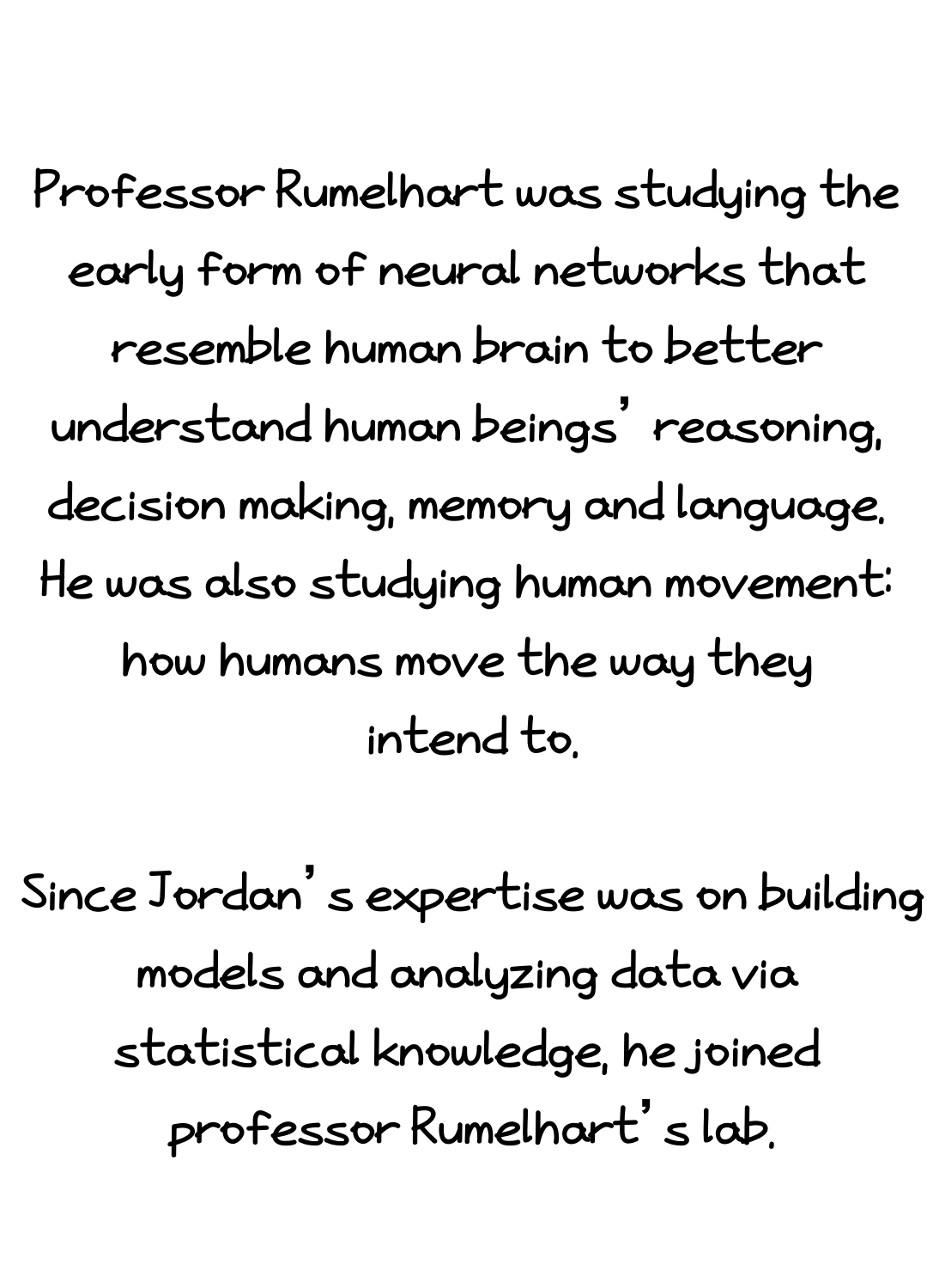 Professor Rumelhart was studying the early form of neural networks that resemble human brain
to better understand human beings’ reasoning, decision making, memory and language.
He was also studying human movement: how humans move the way they intend to.
Since Jordan’s expertise was on building models and analyzing data via statistical knowledge, he joined professor Rumelhart’s lab. 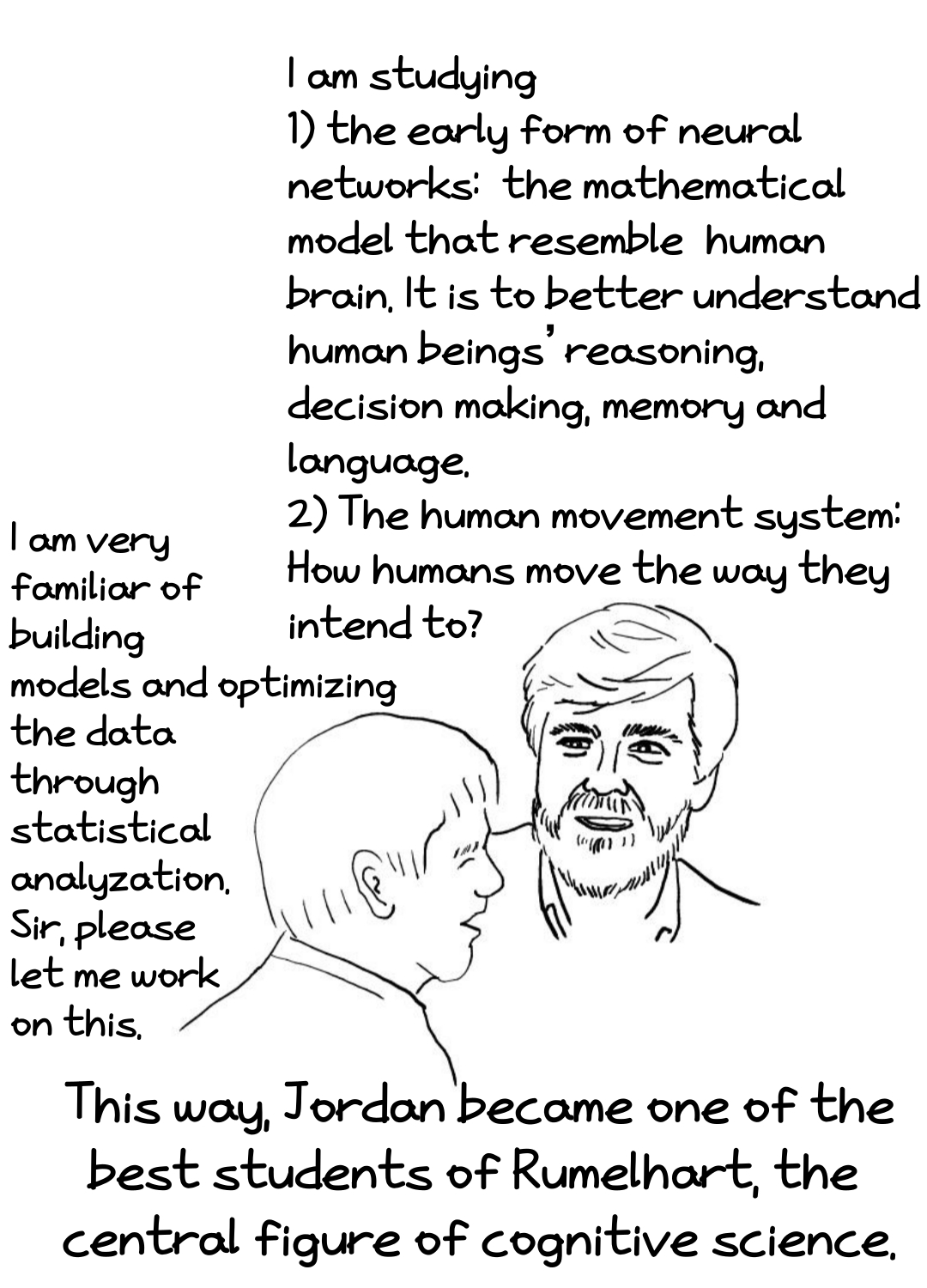 This way, Jordan became one of the best students of Rumelhart, the central figure of cognitive science.

He says, despite his sophisticated research and a great number of distinguished disciples,
”Even if we learn all about language and we learn about the meanings of words
and are able to perceive and manipulate objects in the world, we still are uncertain.”
Do you need database performance monitoring? Contact us and we will send you a free quote
[email protected]