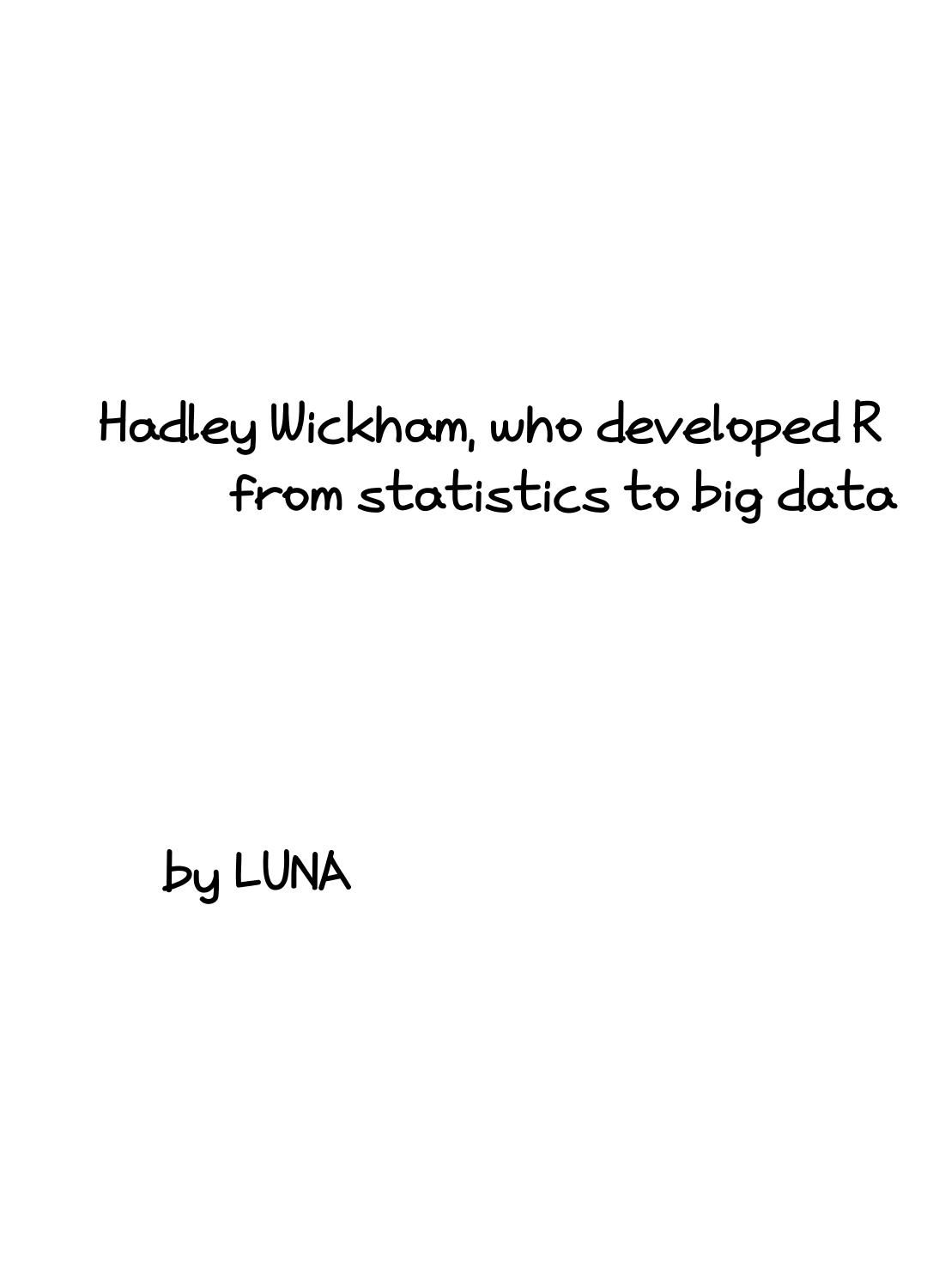 Hadley Wickham, who developed R from statistics to big data 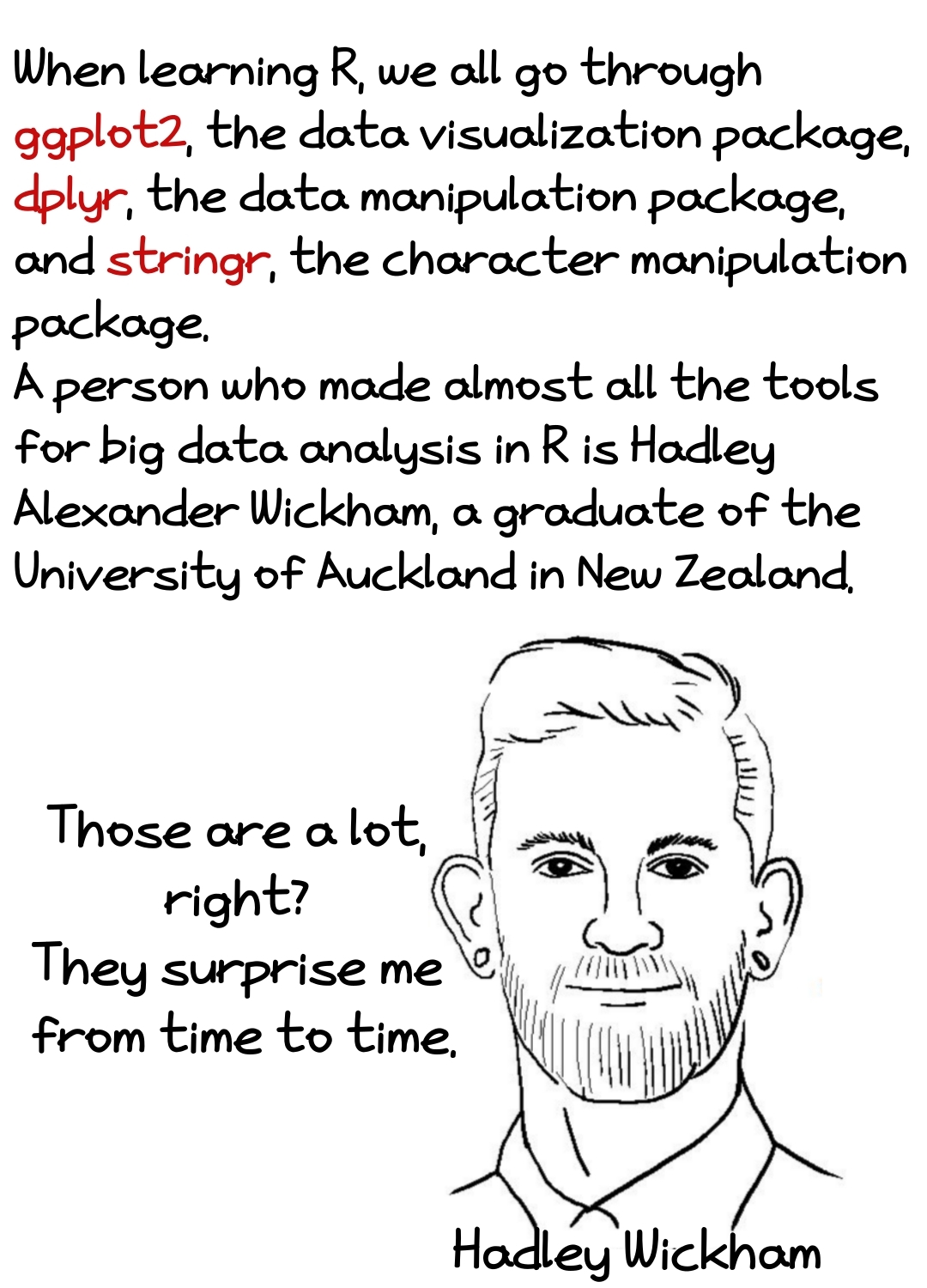 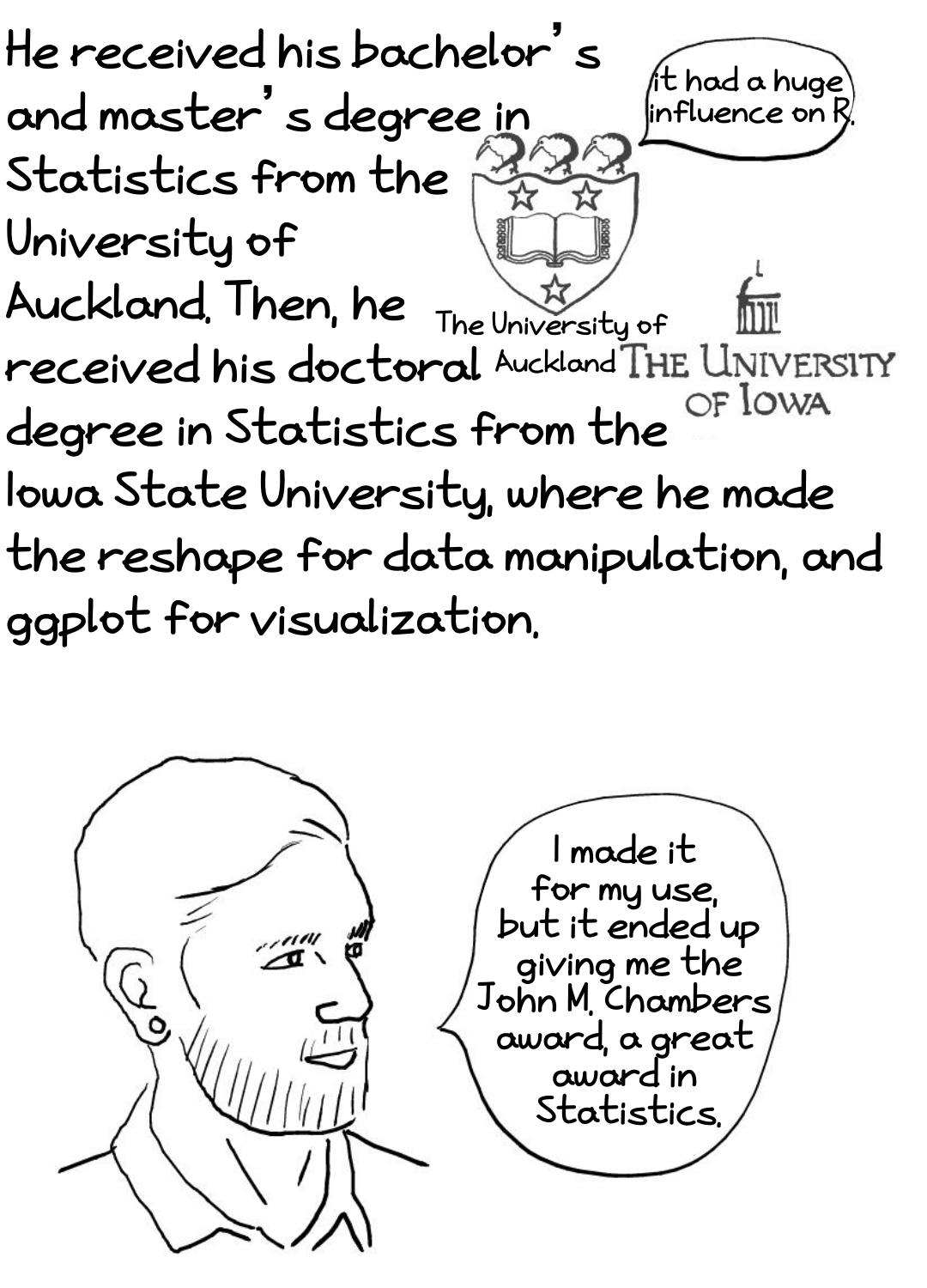 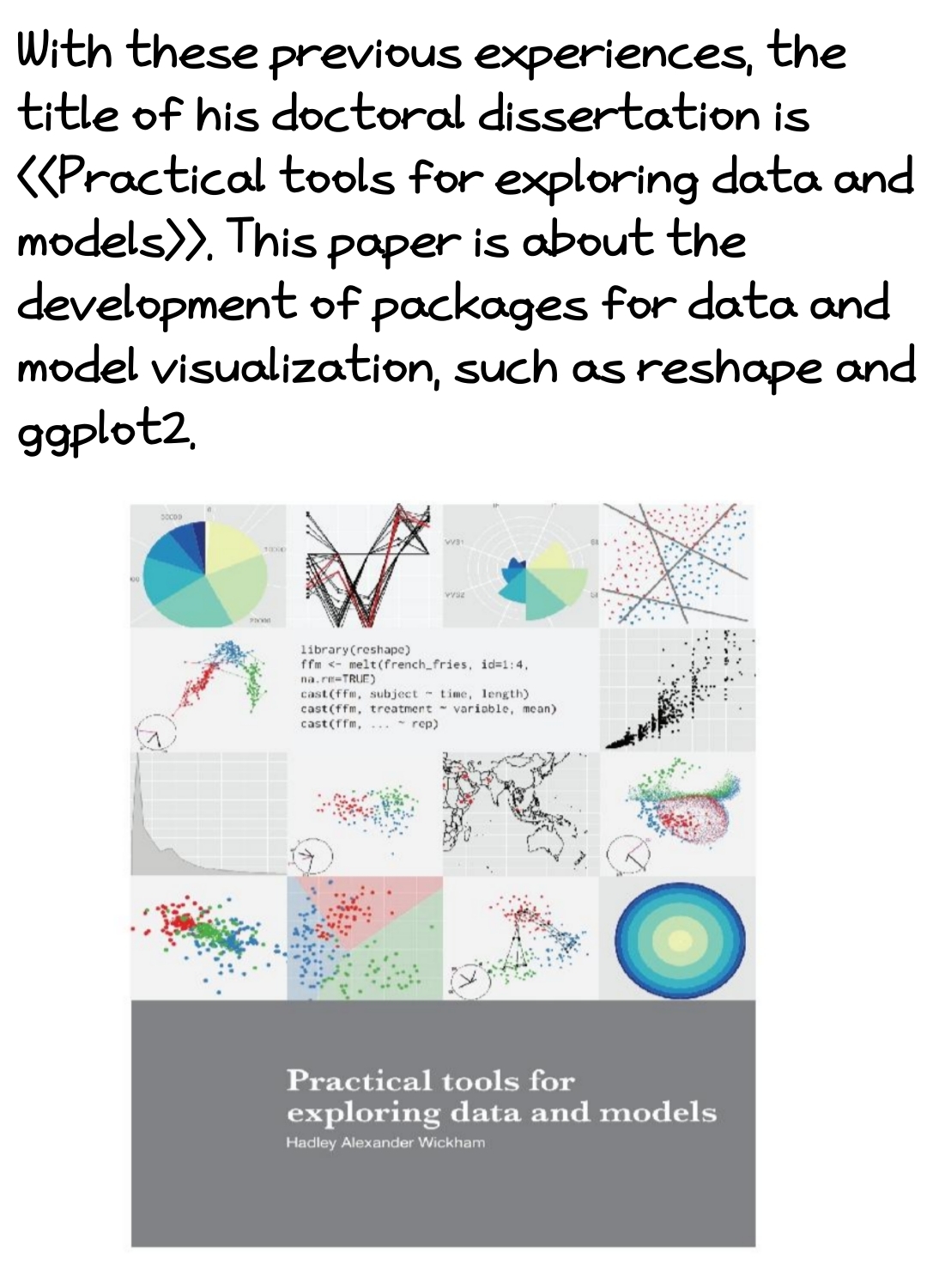 With these previous experiences, the title of his doctoral dissertation is < 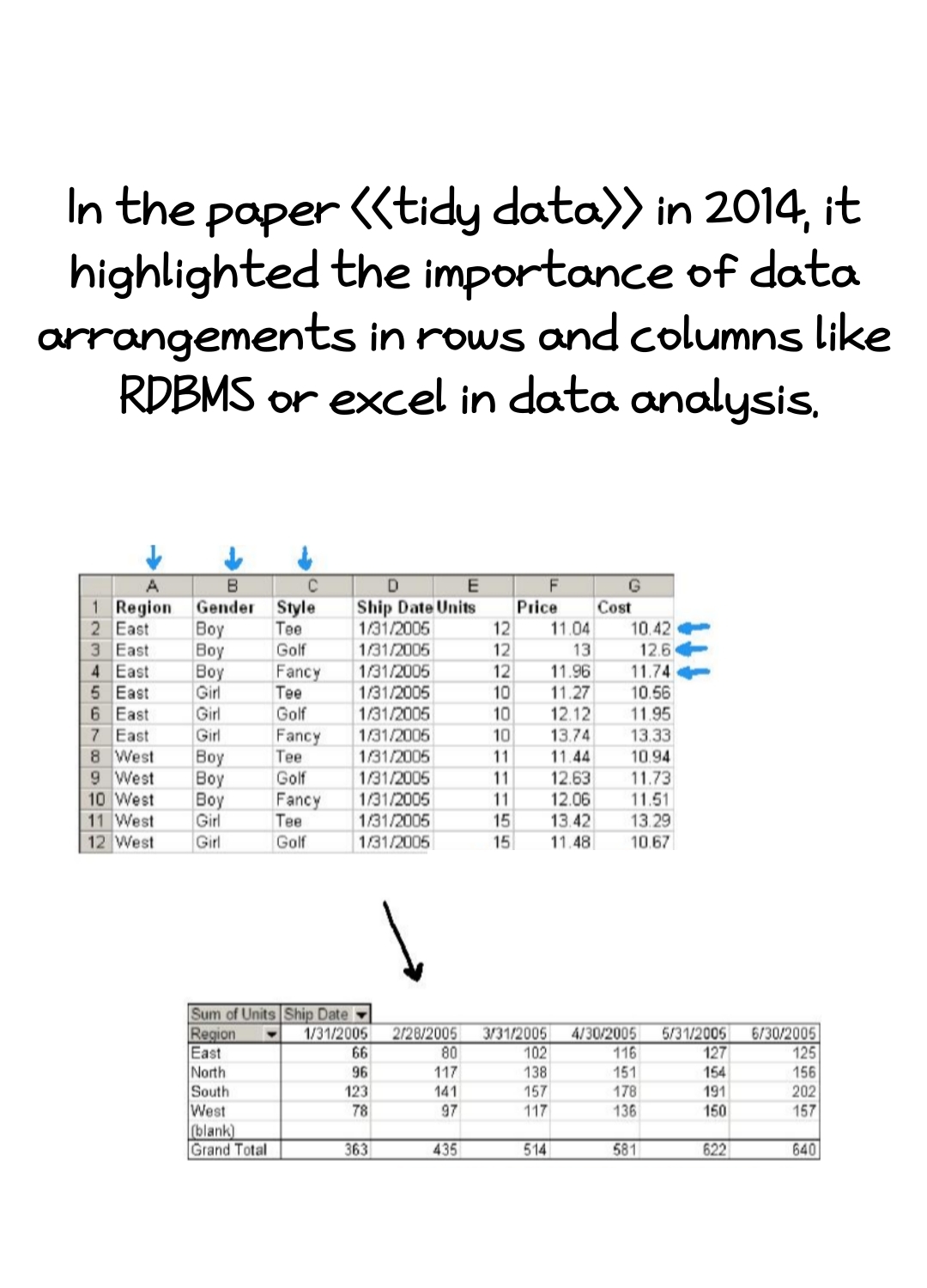 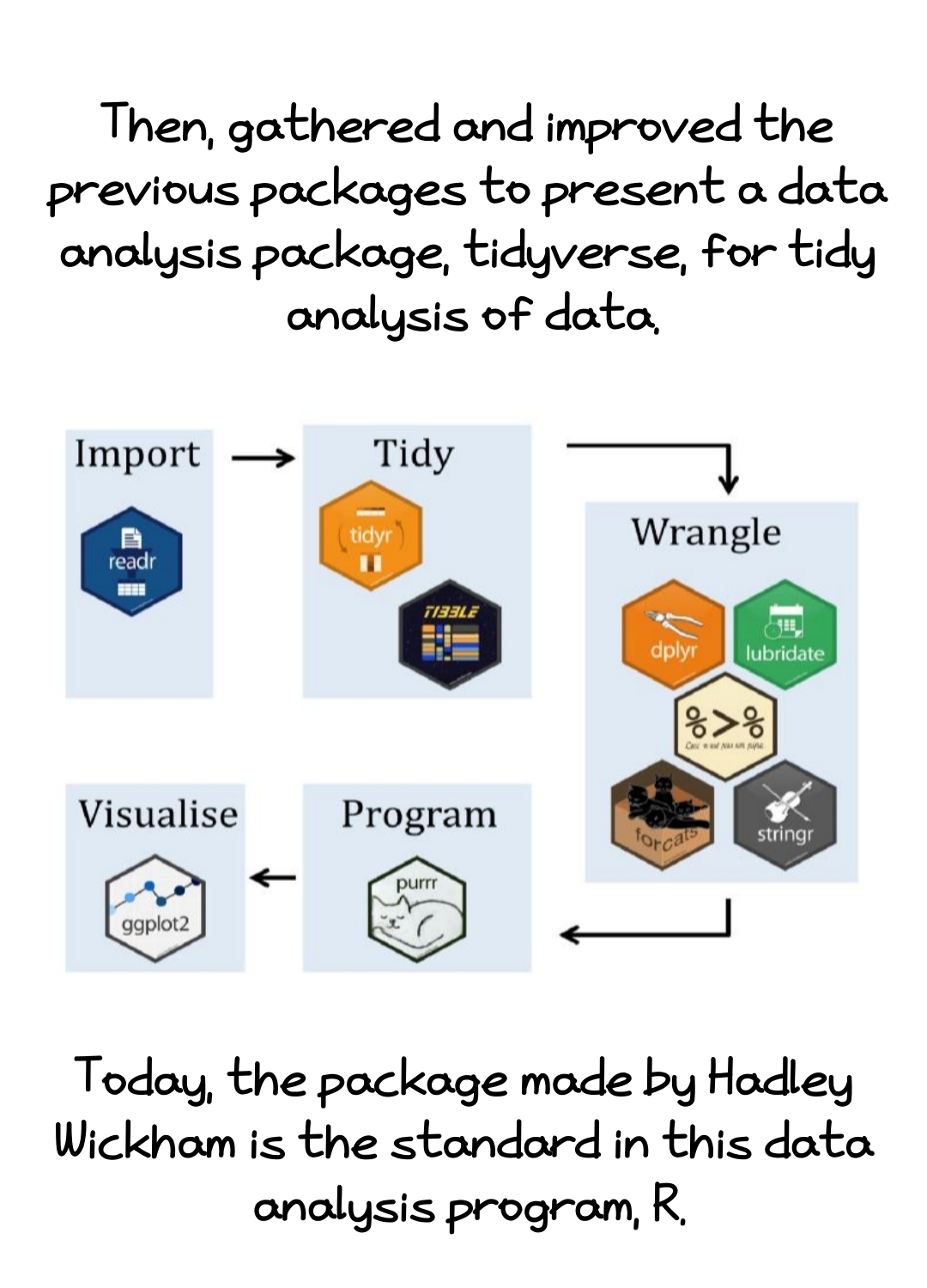 Then, gathered and improved the previous packages to present a data analysis package, tidyverse, for tidy analysis of data.
Today, the package made by Hadley Wickham is the standard in this data analysis program, R. 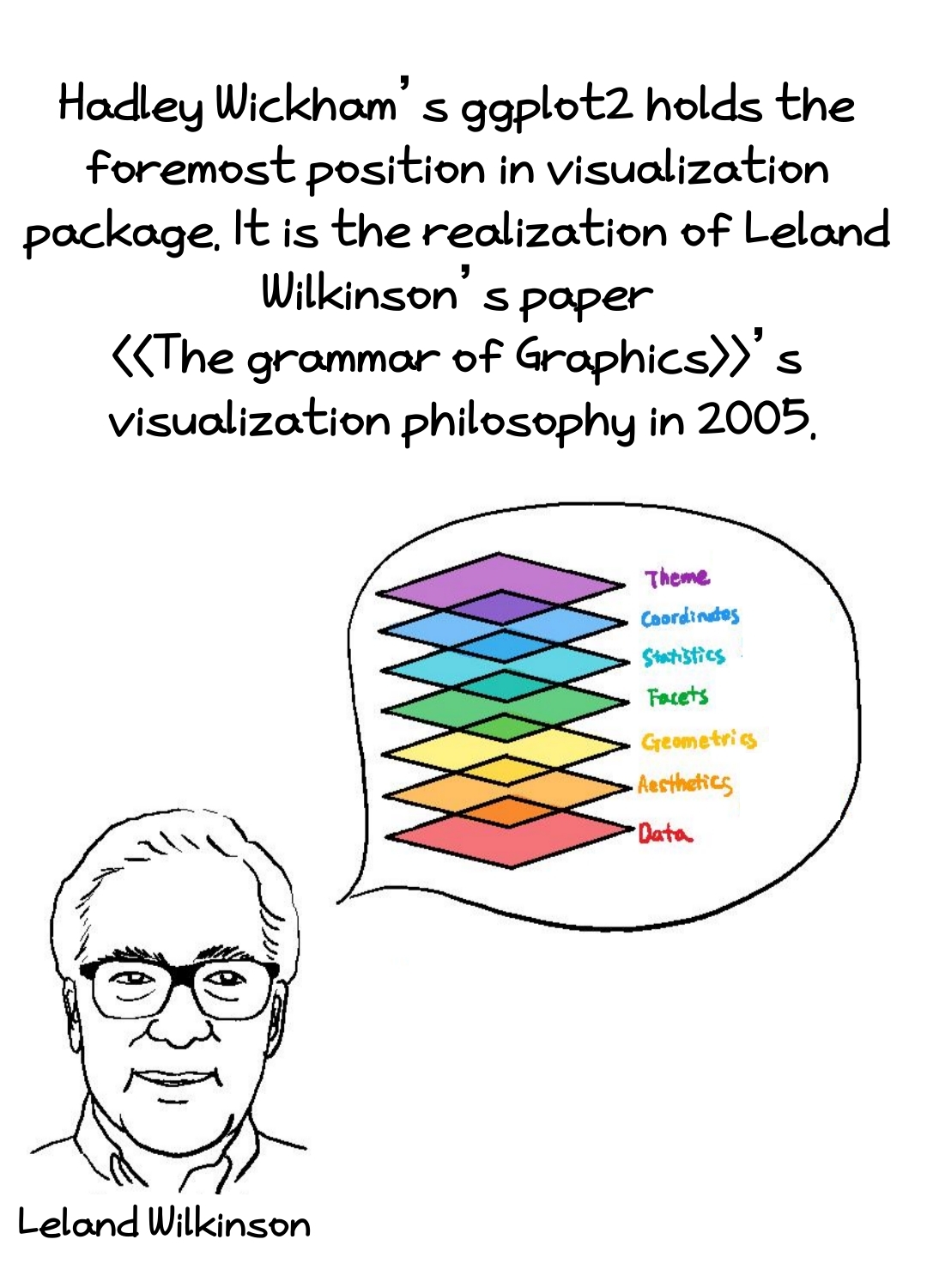 Hadley Wickham’s ggplot2 holds the foremost position in visualization package.
It is the realization of Leland Wilkinson’s paper < 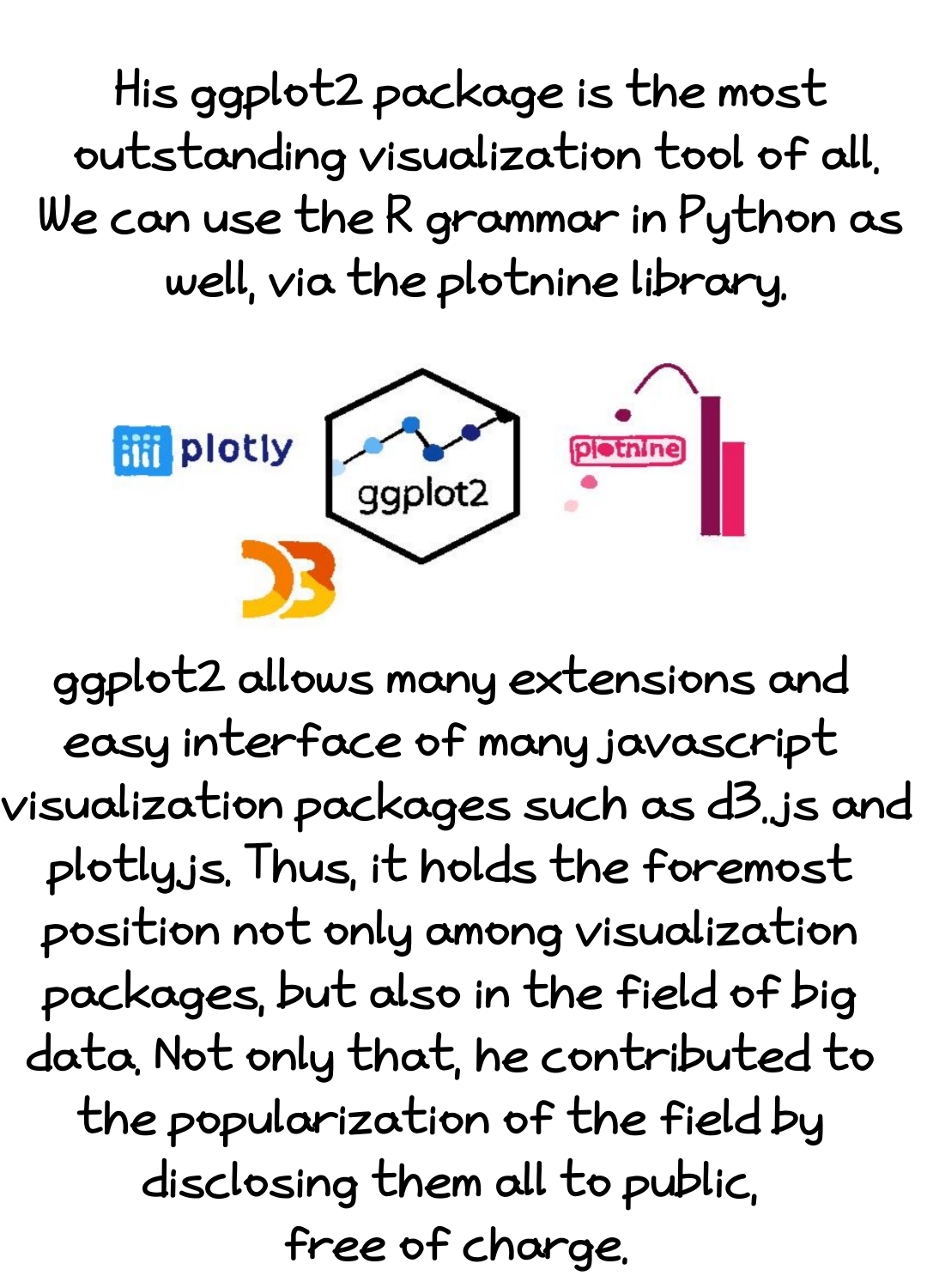 His ggplot2 package is the most outstanding visualization tool of all. We can use the R grammar in Python as well, via the plotnine library.
ggplot2 allows many extensions and easy interface of many javascript visualization packages such as d3.js and plotly.js.
Thus, it holds the foremost position not only among visualization packages, but also in the field of big data.
Not only that, he contributed to the popularization of the field by disclosing them all to public, free of charge. 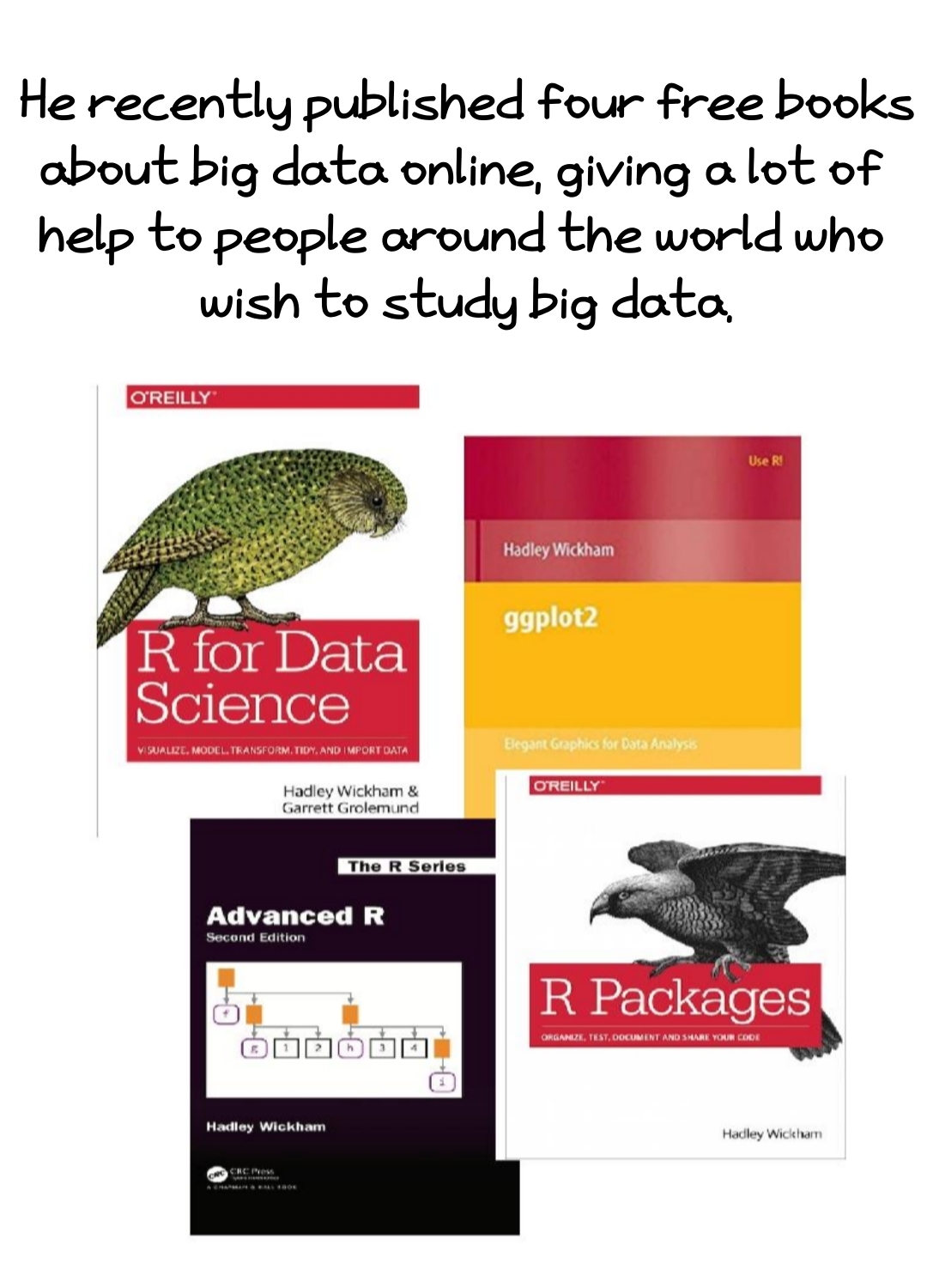 He recently published four free books about big data online, giving a lot of help to people around the world who wish to study big data. 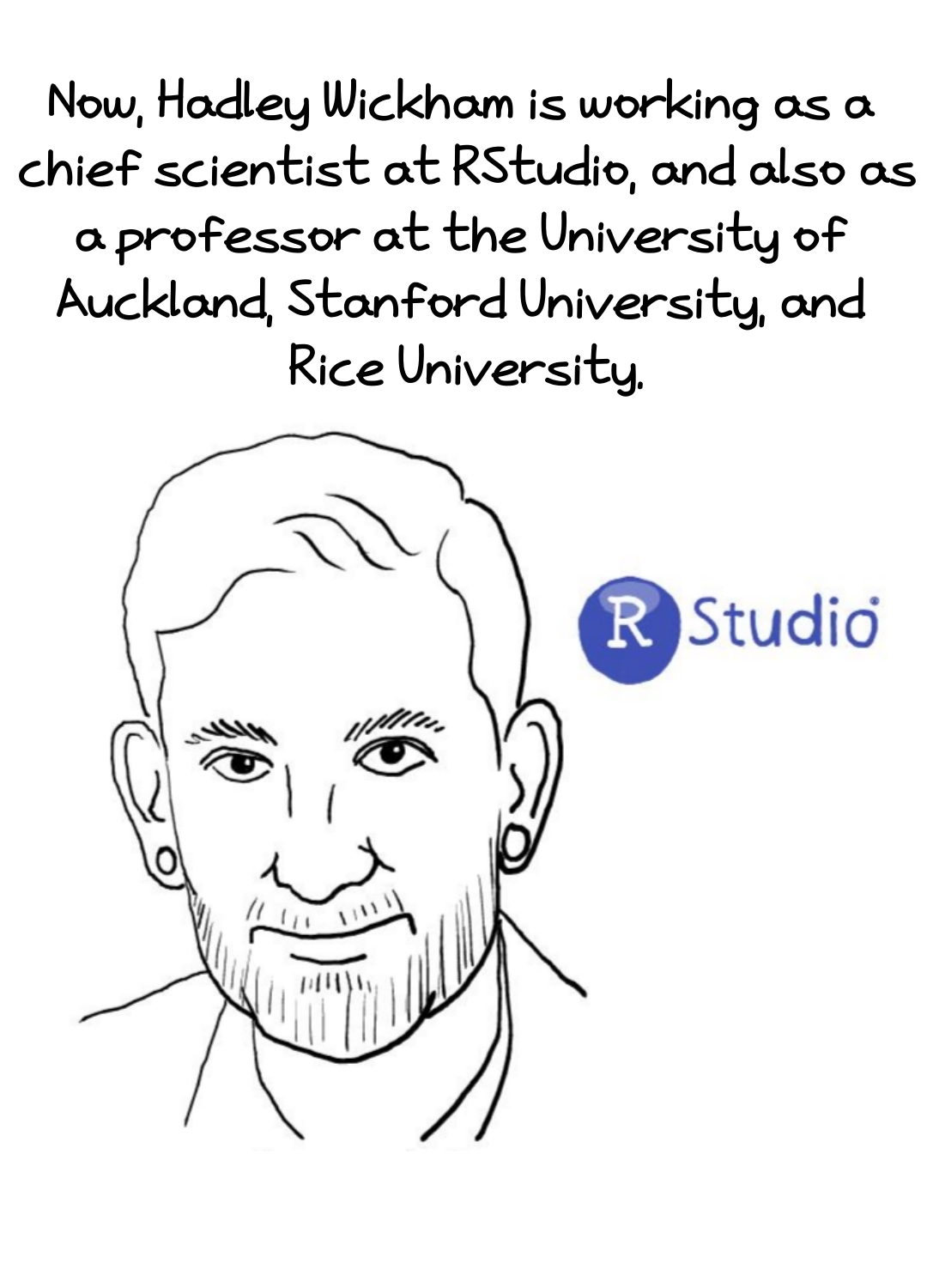 Now, Hadley Wickham is working as a chief scientist at RStudio, and also as a professor at the University of Auckland, Stanford University, and Rice University.
Do you need database performance monitoring? Contact us and we will send you a free quote
[email protected]