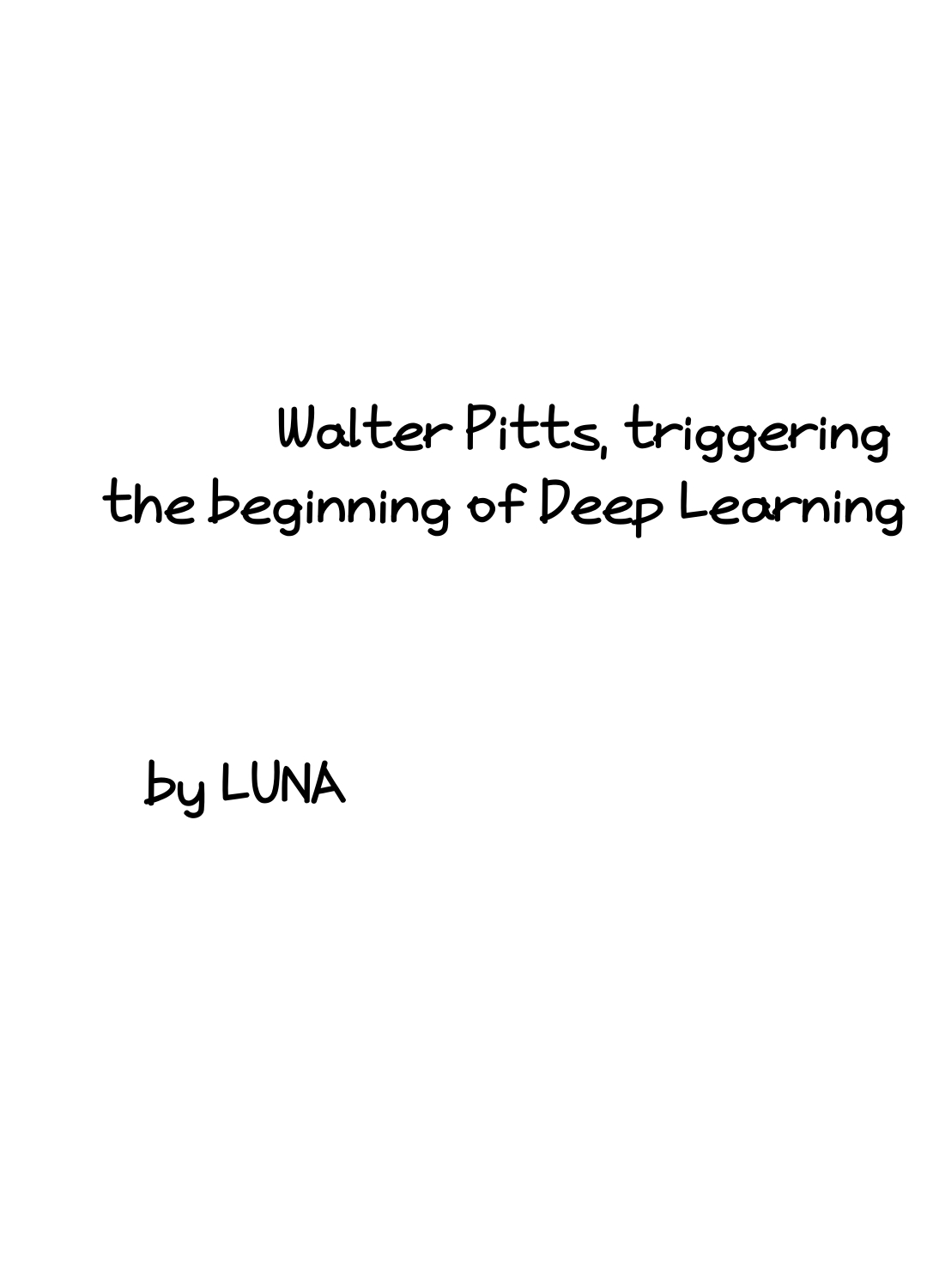 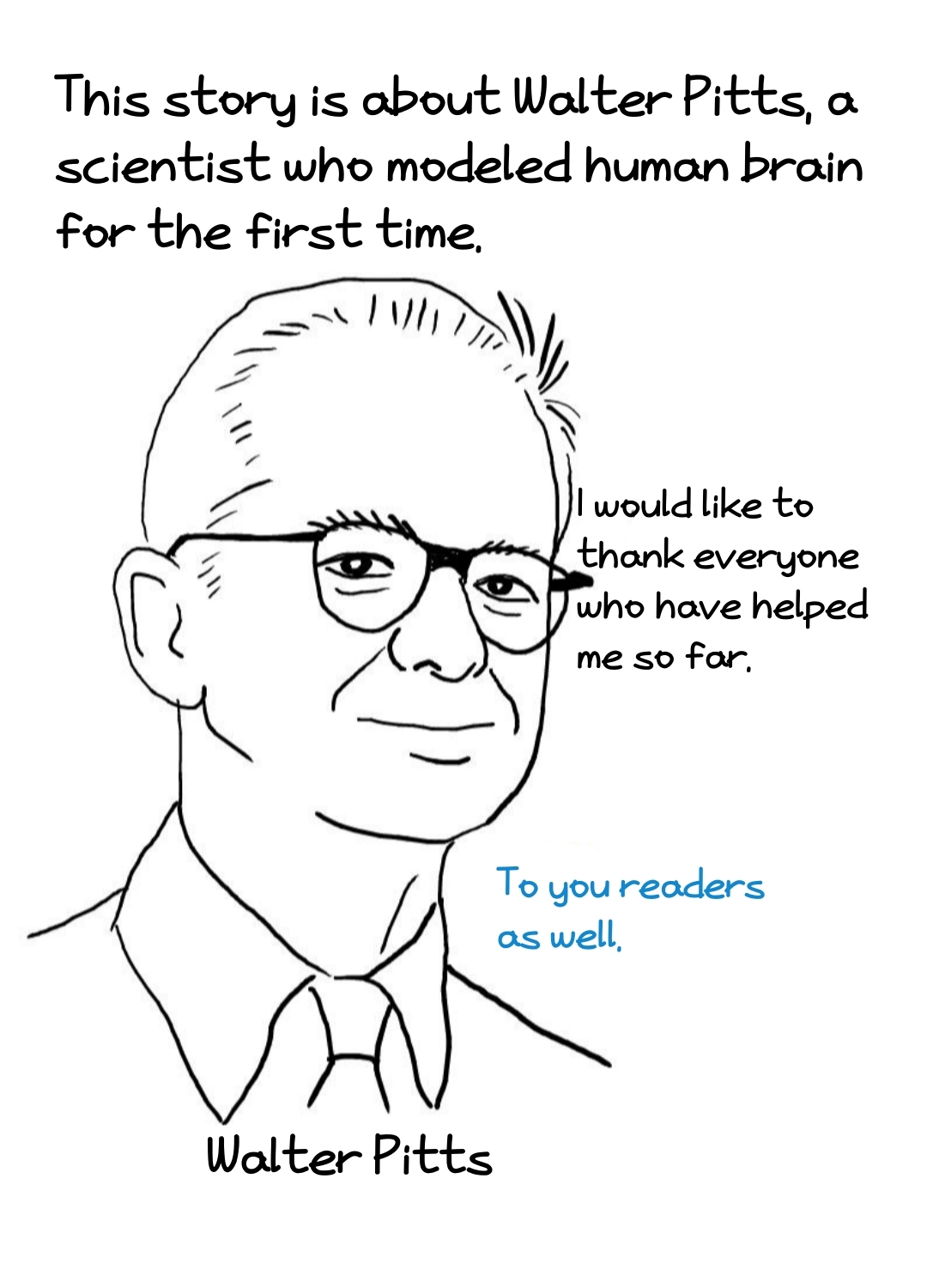 This story is about Walter Pitts, a scientist who modeled human brain for the first time. 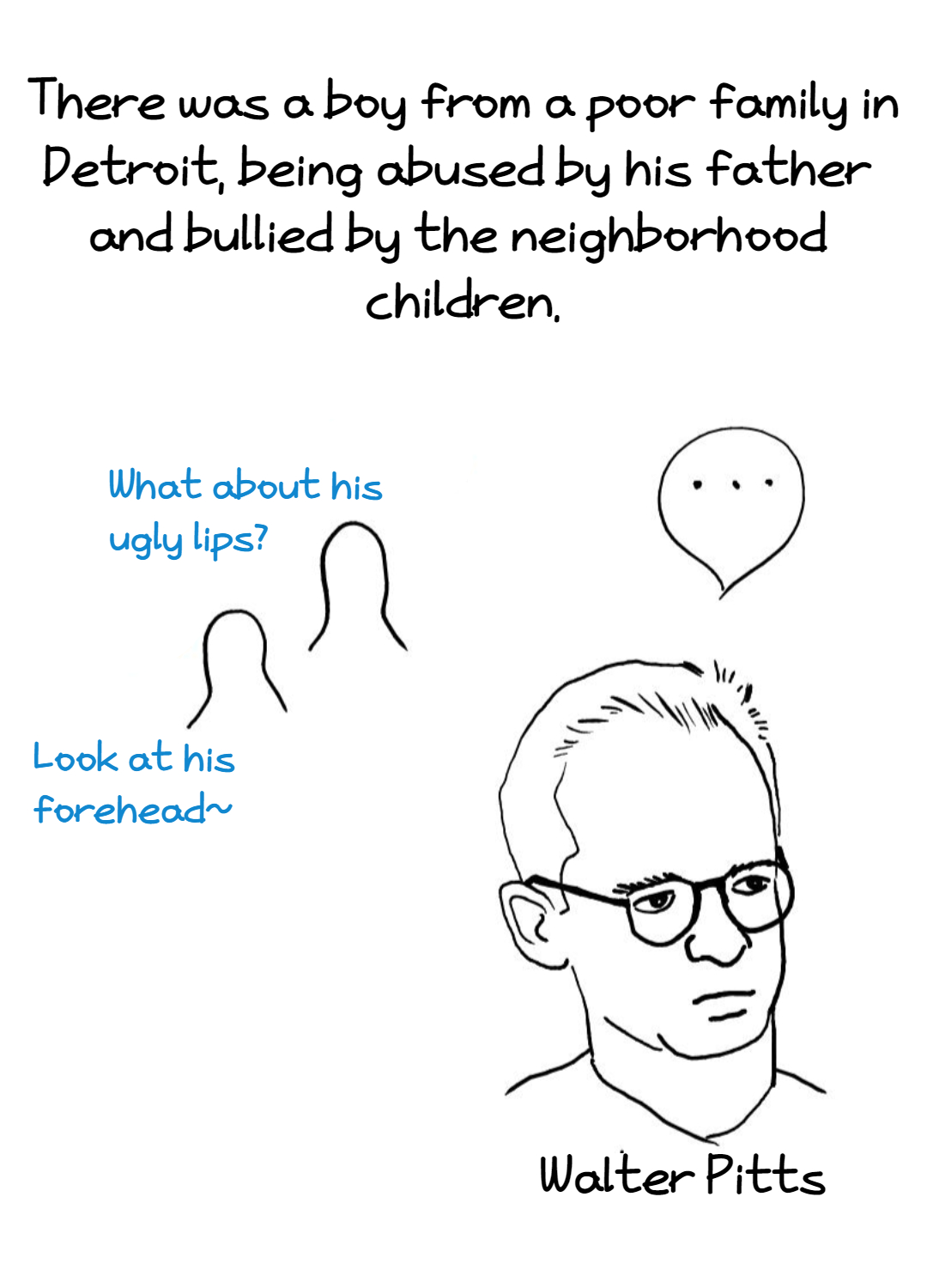 There was a boy from a poor family in Detroit, being abused by his father and bullied by the neighborhood  children. 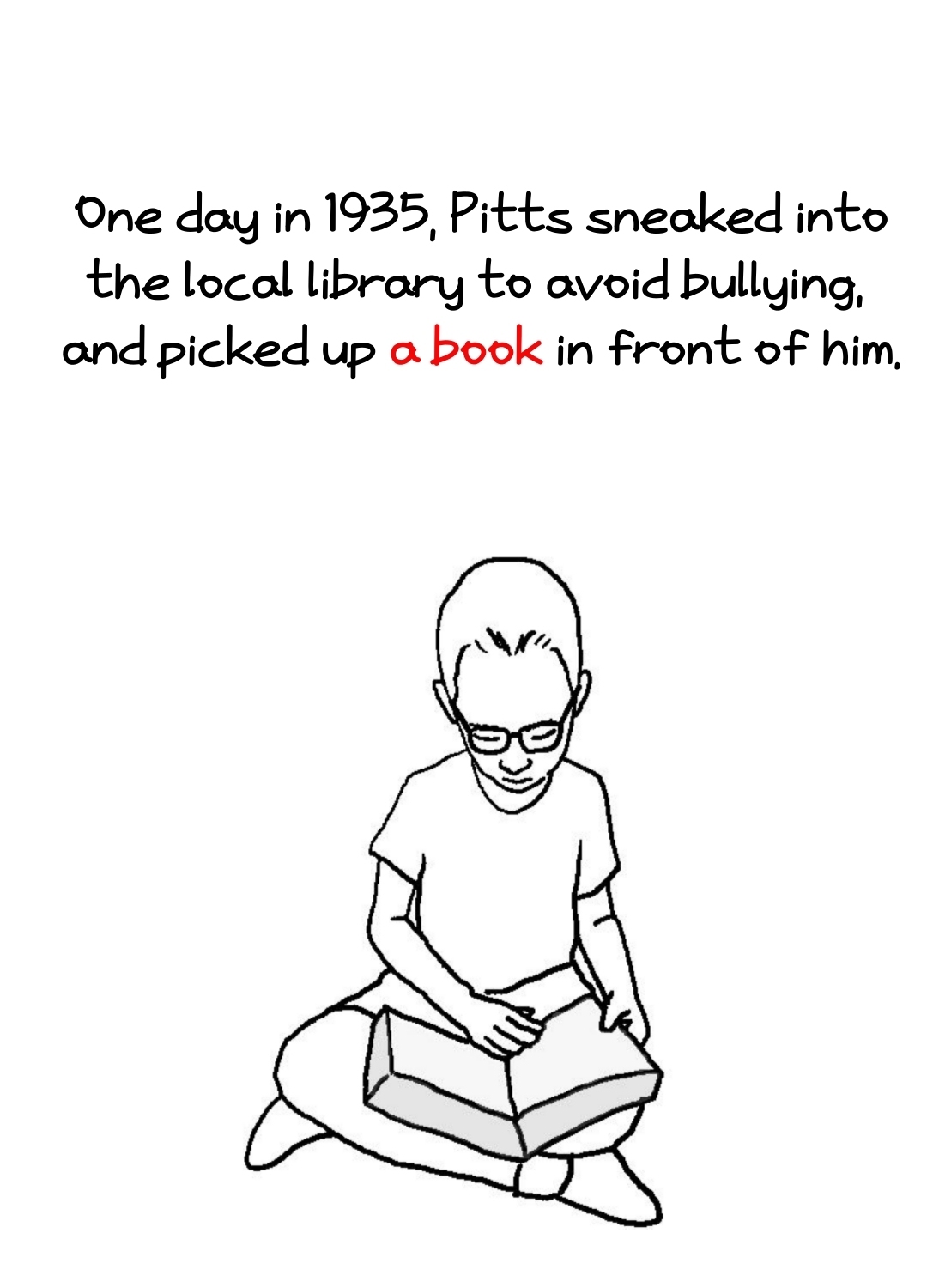 One day in 1935, Pitts sneaked into the local library to avoid bullying, and picked up a book in front of him. 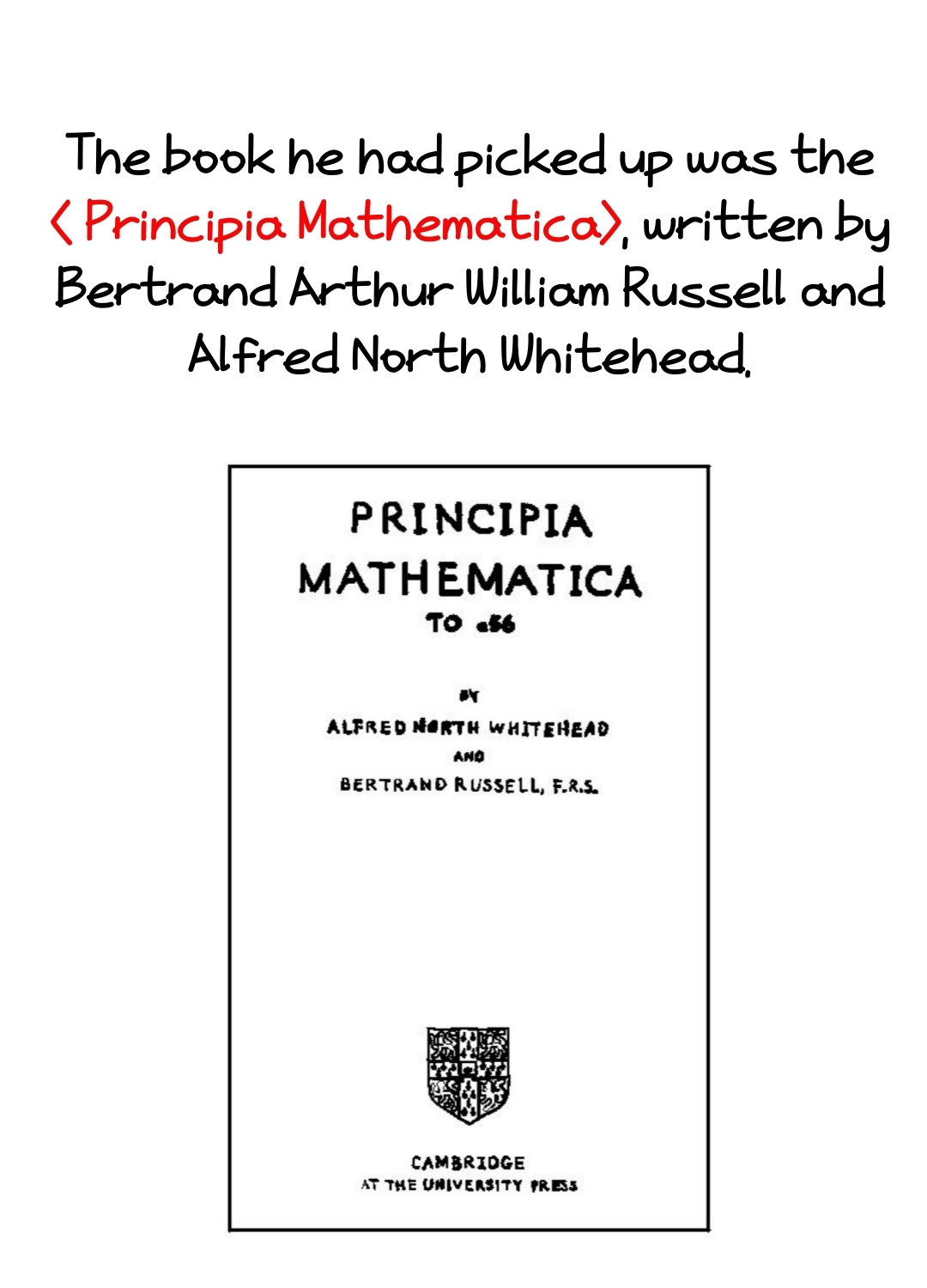 The book he had picked up was the < Principia Mathematica>, written by Bertrand Arthur William Russell and Alfred North Whitehead. 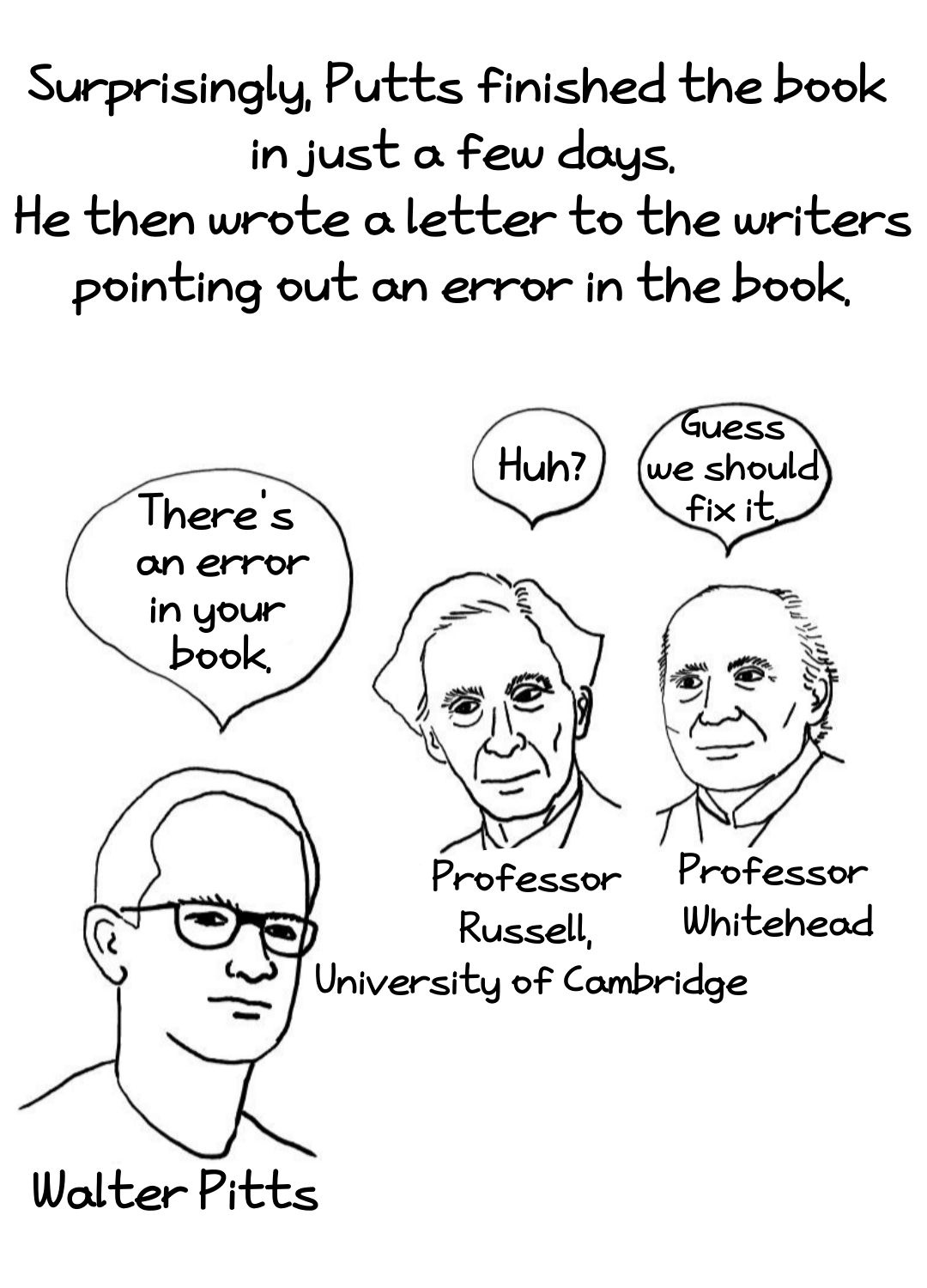 Surprisingly, Putts finished the book in just a few days. He then wrote a letter to the writers pointing out an error in the book. 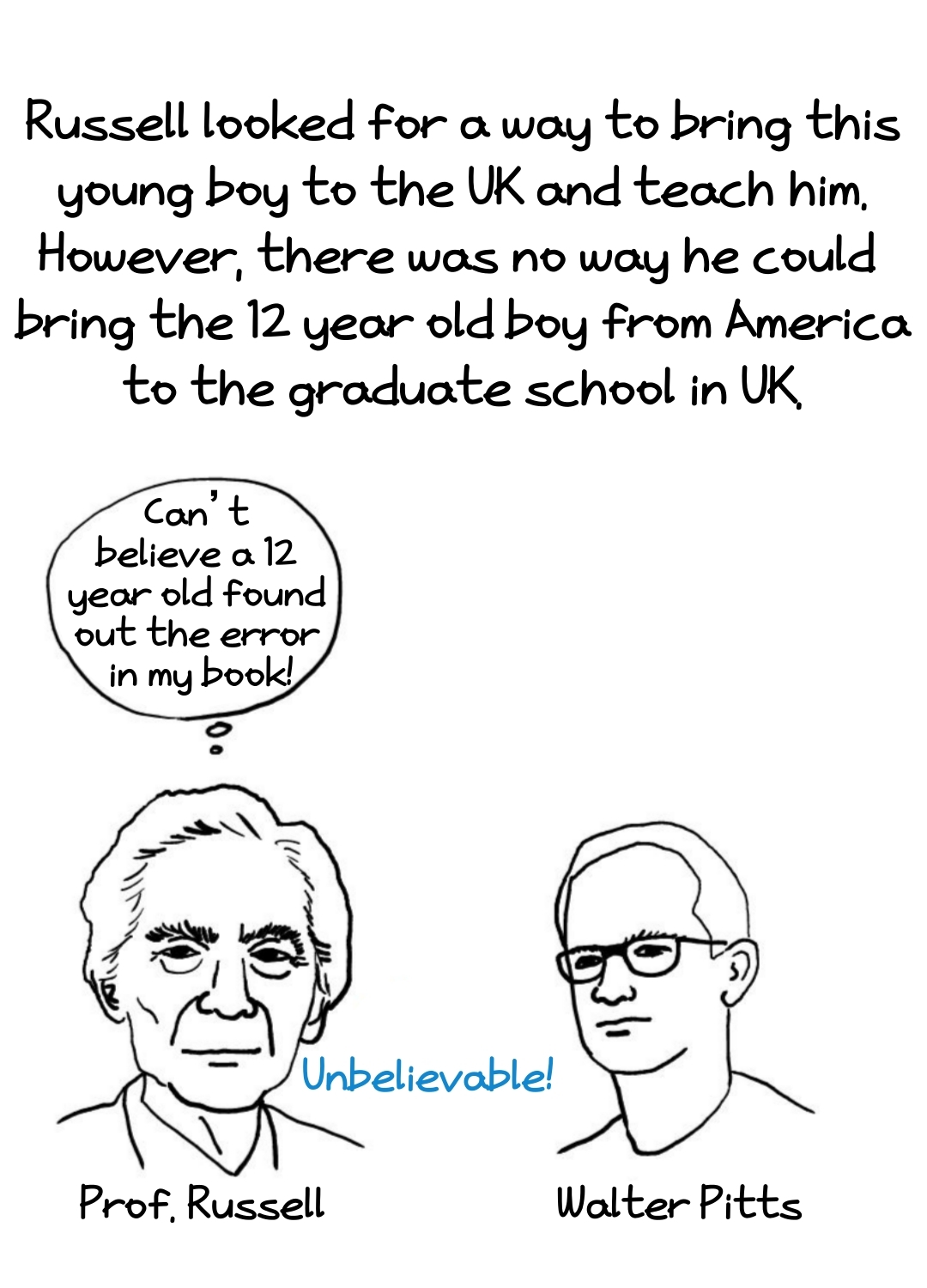 Russell looked for a way to bring this young boy to the UK and teach him.
However, there was no way he could bring the 12 year old boy from America to the graduate school in UK. 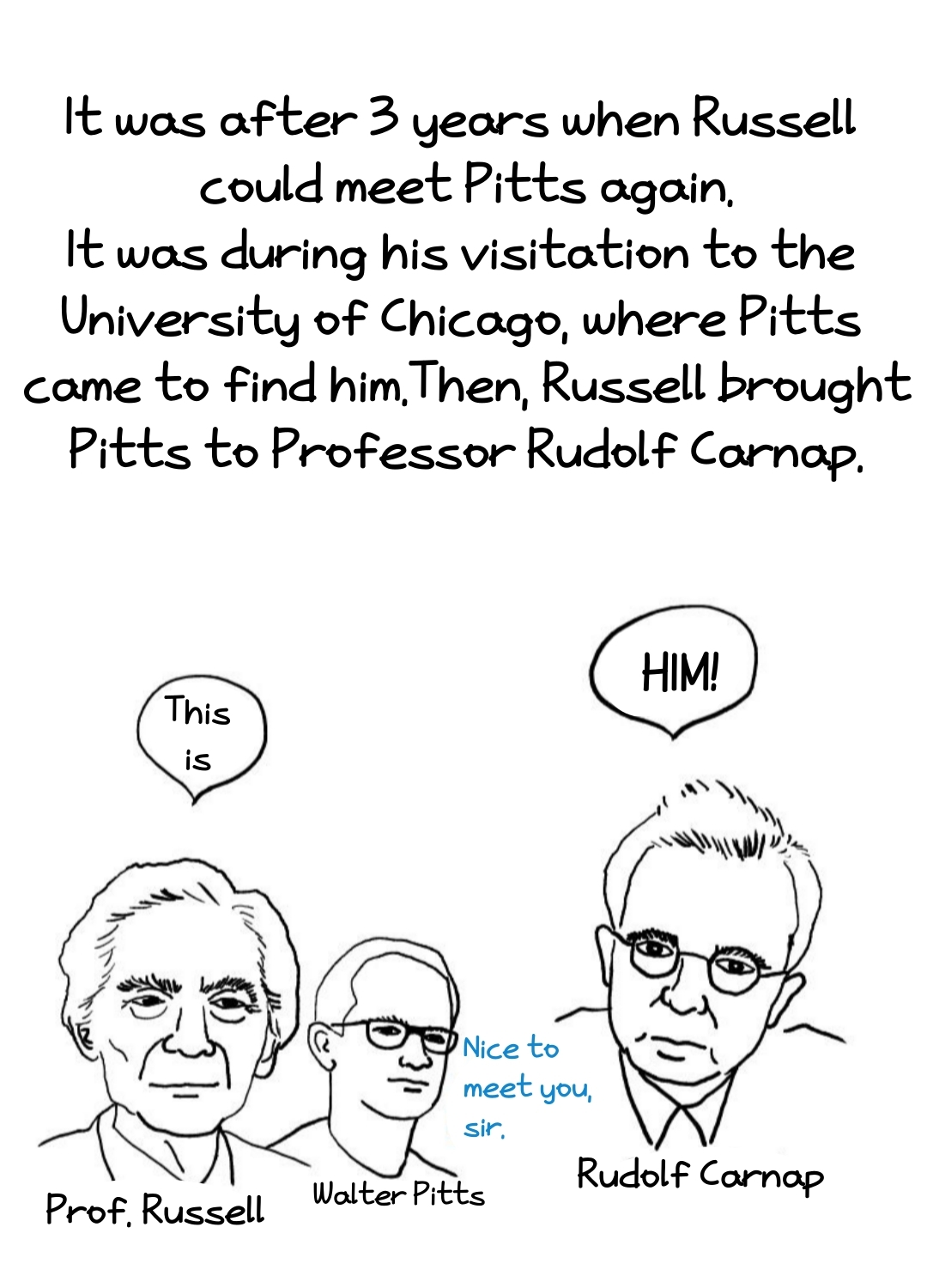 It was after 3 years when Russell could meet Pitts again. It was during his visitation to the University of Chicago,
where Pitts came to find him.Then, Russell brought Pitts to Professor Rudolf Carnap. 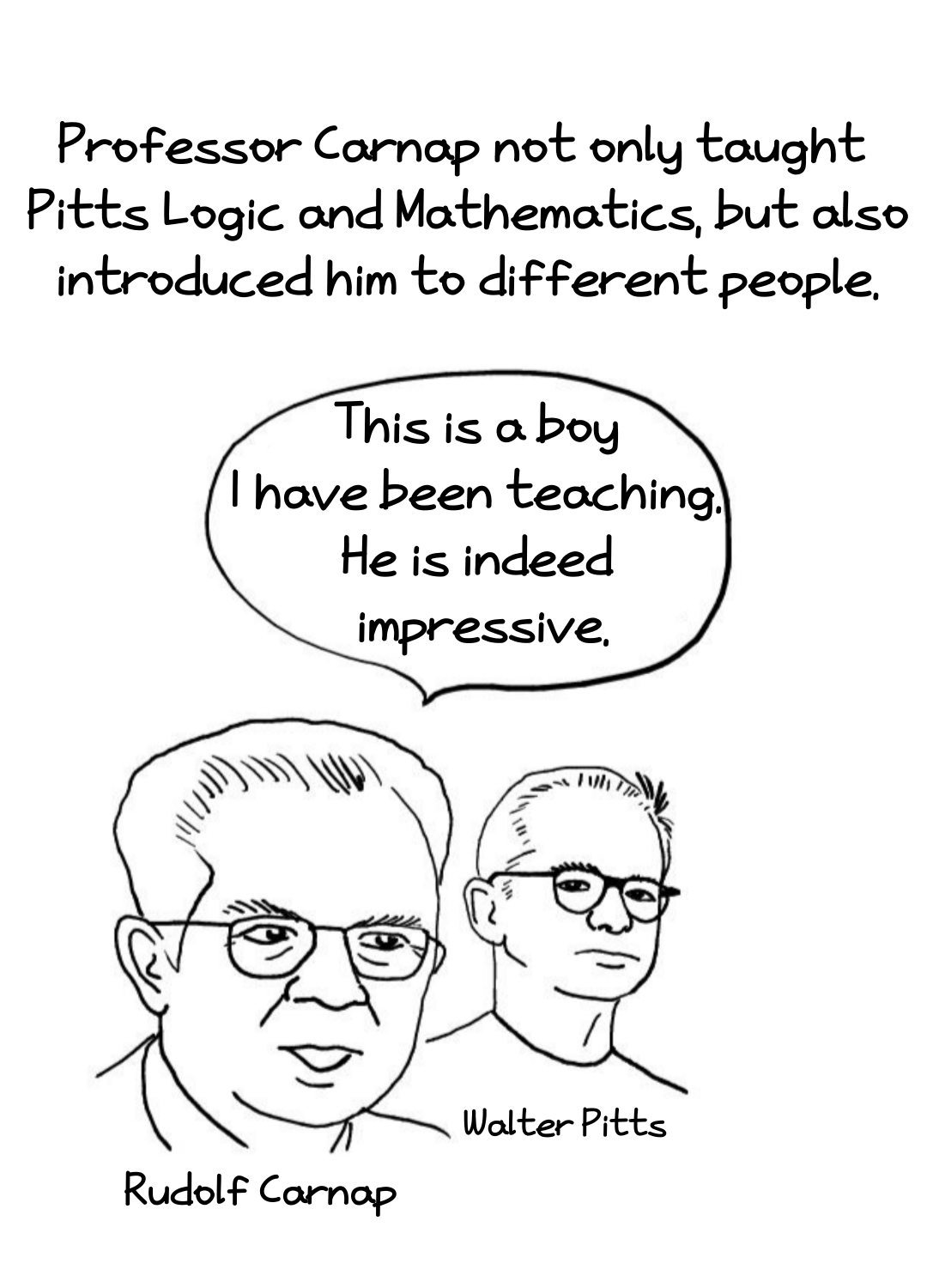 Professor Carnap not only taught Pitts Logic and Mathematics, but also introduced him to different people. 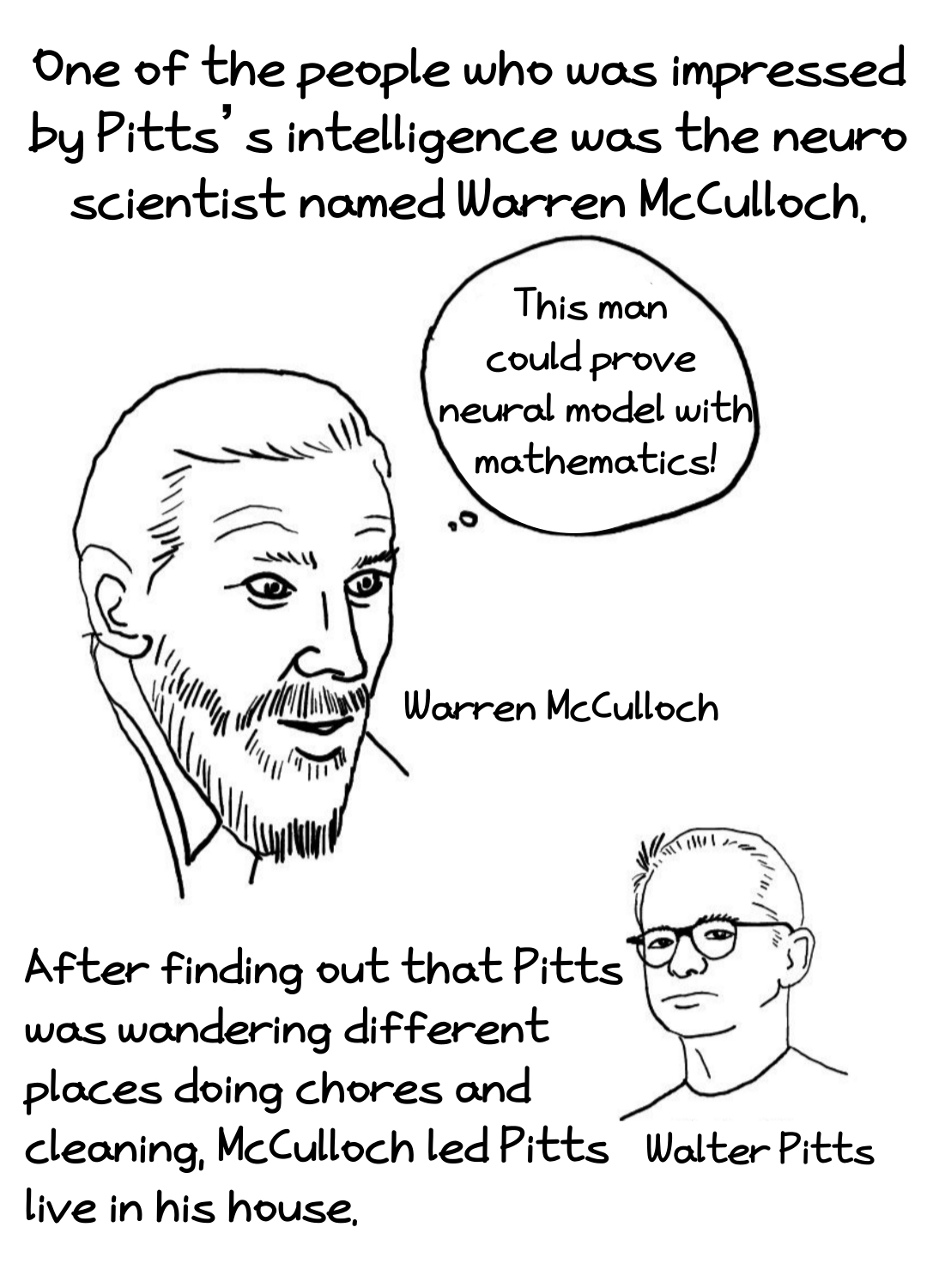 One of the people who was impressed by Pitts’s intelligence was the neuroscientist named Warren McCulloch.
After finding out that Pitts was wandering different places doing chores and cleaning, McCulloch led Pitts live in his house. 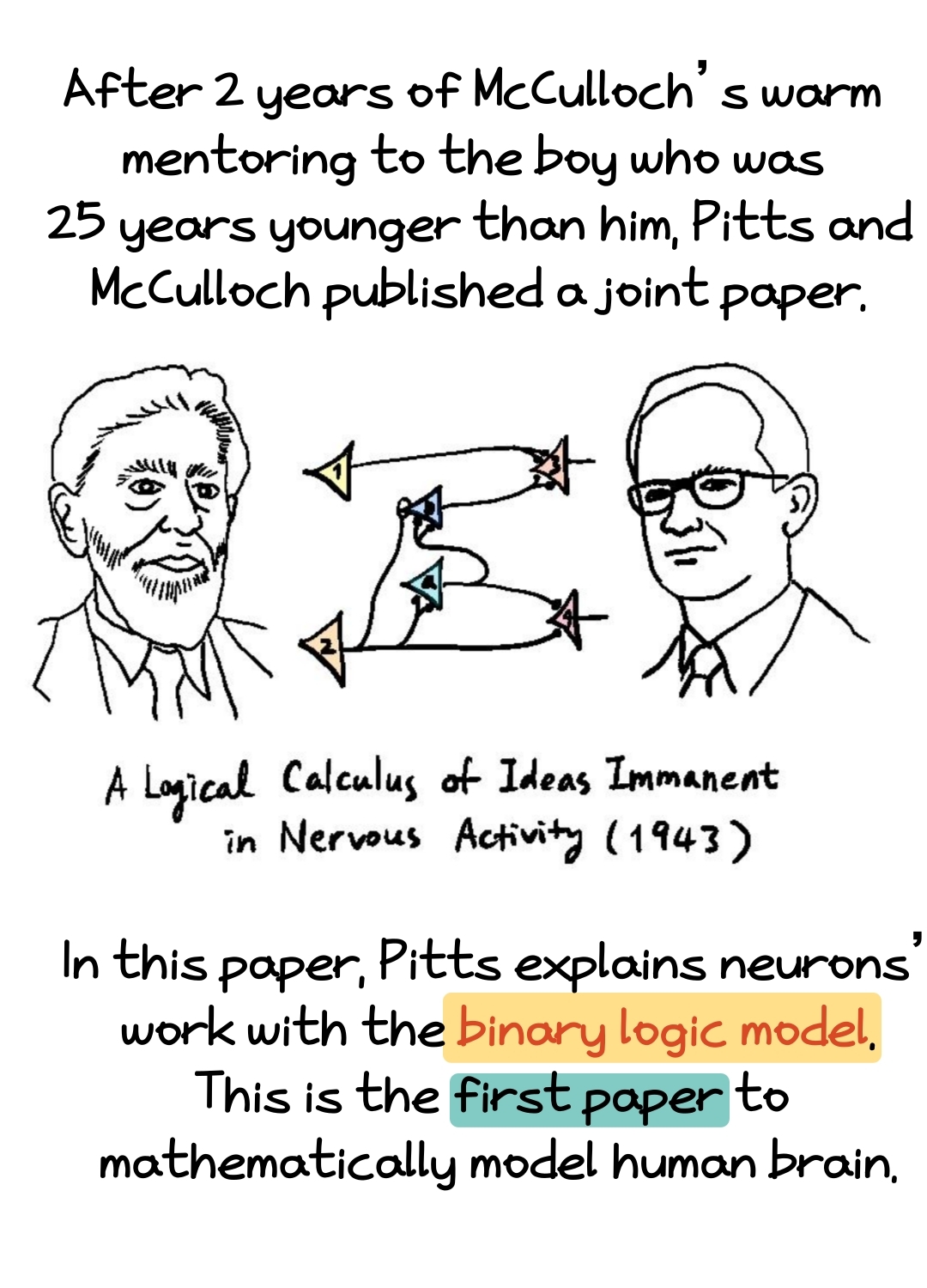 After 2 years of McCulloch’s warm mentoring to the boy who was 25 years younger than him, Pitts and McCulloch published a joint paper.
In this paper, Pitts explains neurons’ work with the binary logic model. This is the first paper to mathematically model human brain. 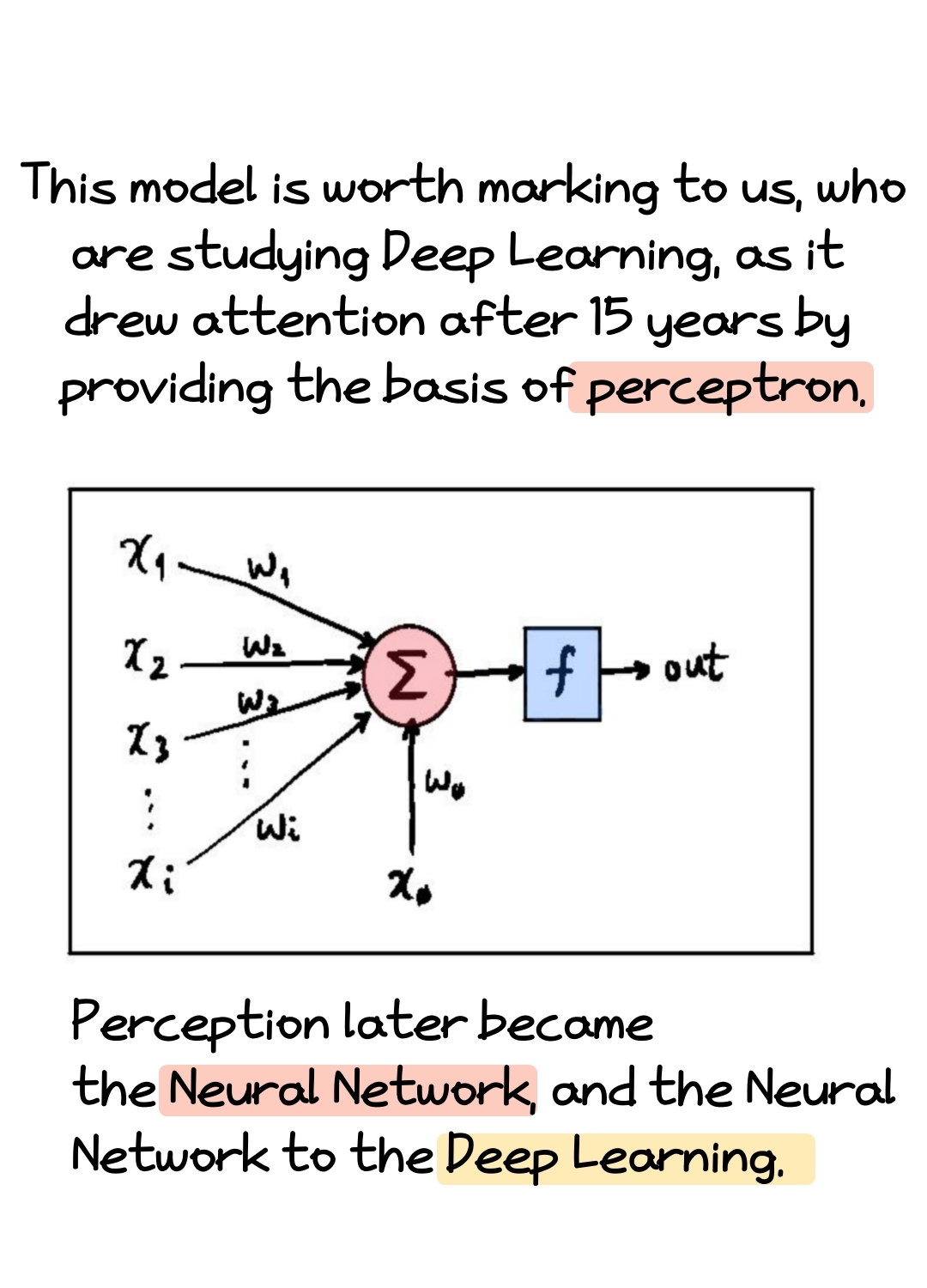 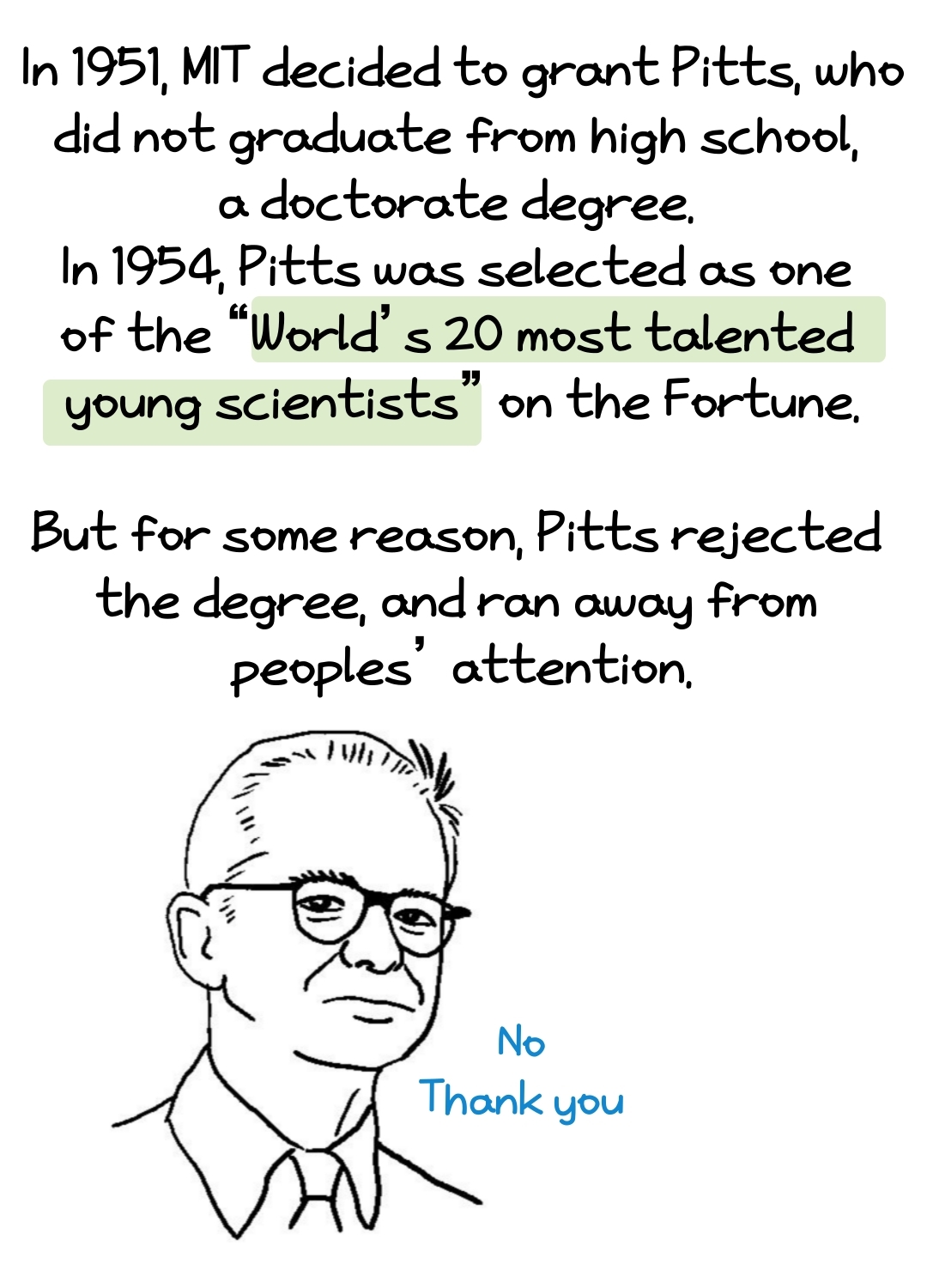 In 1951, MIT decided to grant Pitts, who did not graduate from high school, a doctorate degree.
In 1954, Pitts was selected as one of the “World’s 20 most talented young scientists” on the Fortune.
But for some reason, Pitts rejected the degree, and ran away from peoples’ attention.

Record says that after he became an adult, he fell into alcoholism and social-phobia, and refused any help from people.
Then, in 1969, May 14th,he passed away alone. Before ending this story, how about we offer a flower to honor Walter Pitts,
who tragically suffered from abuse and poverty all his life?
Do you need database performance monitoring? Contact us and we will send you a free quote
[email protected]