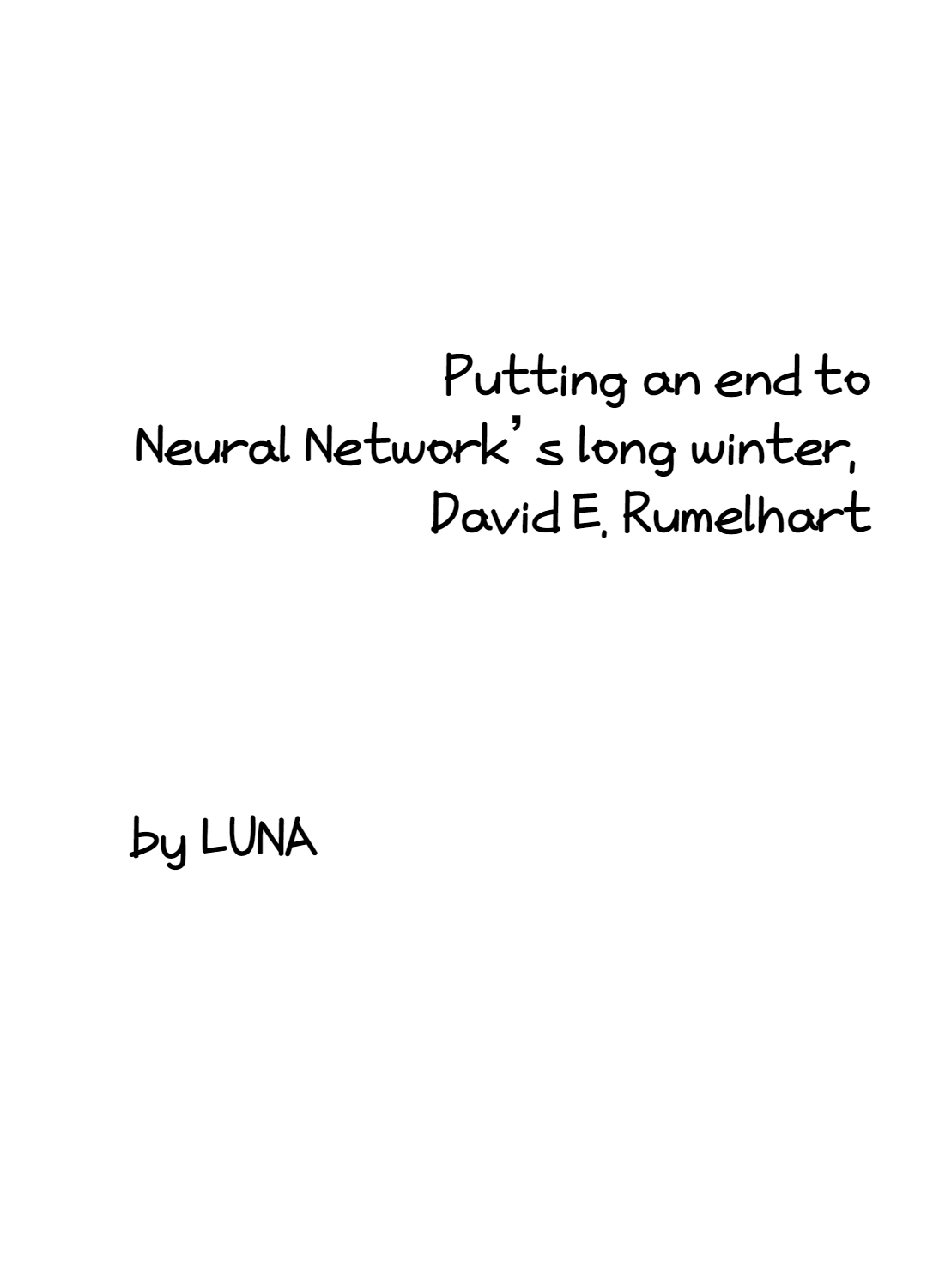 Today’s hero is Dr. David E. Rumelhart, who made a big contribution to the formal analysis of human cognition. 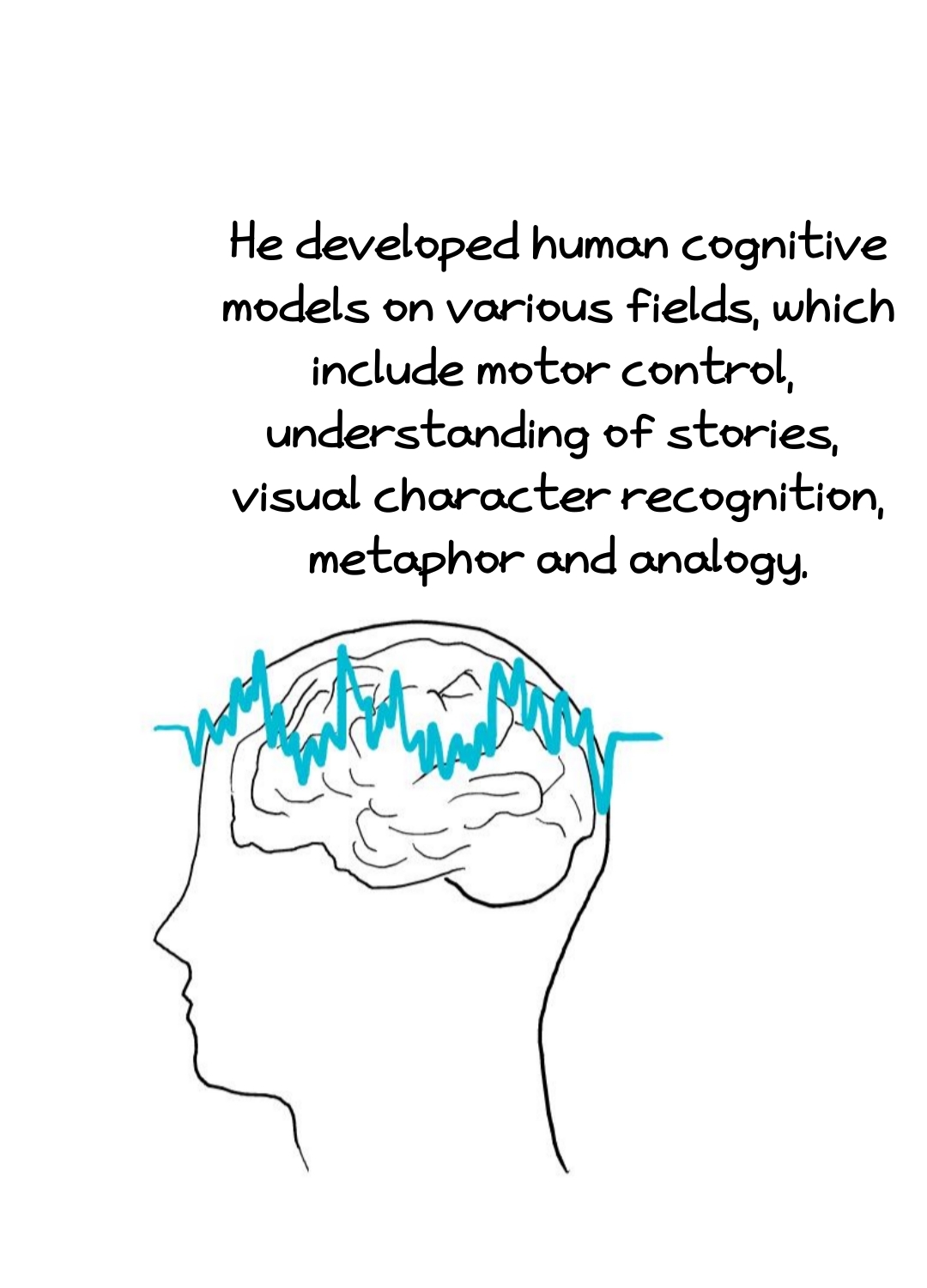 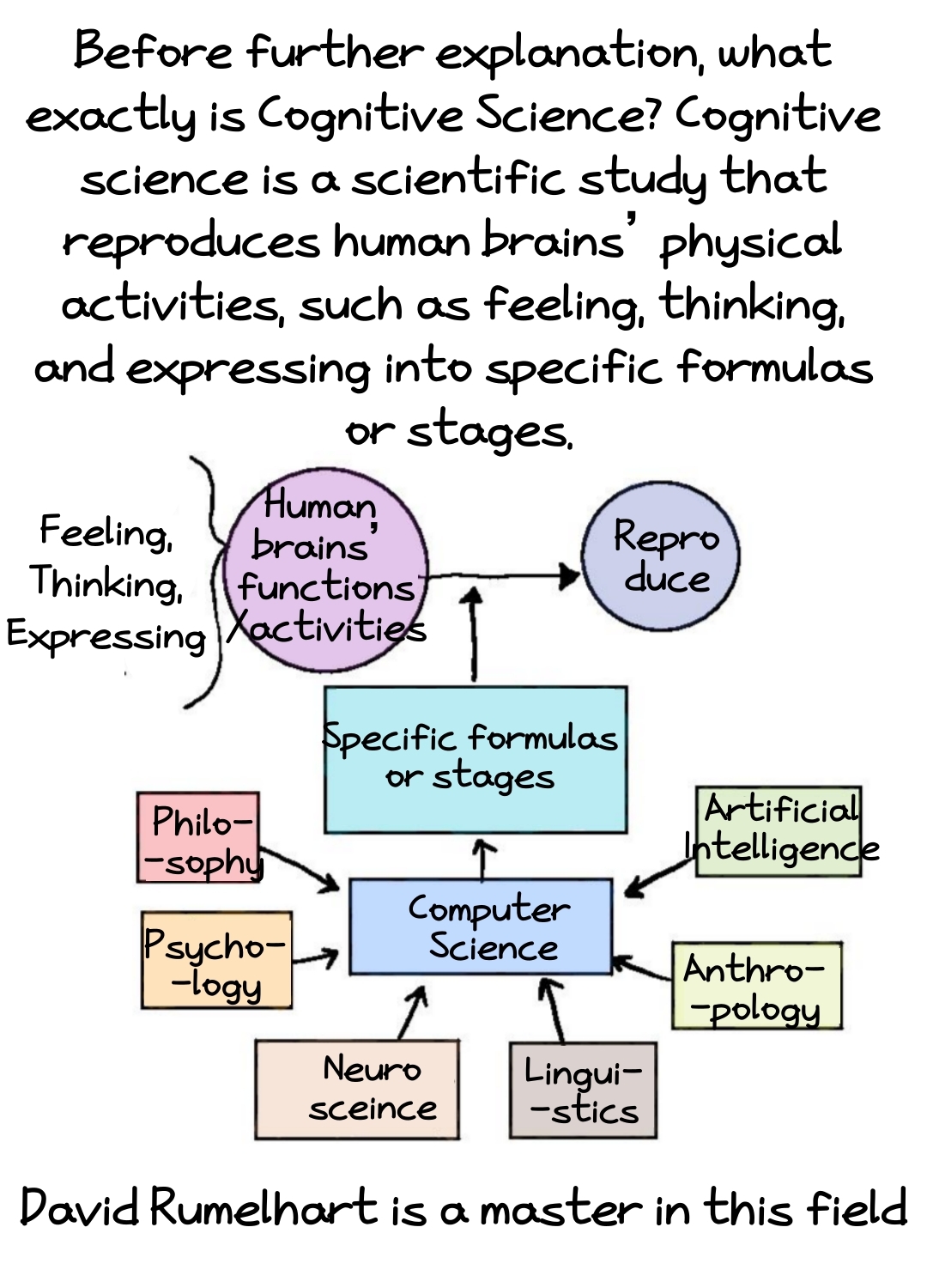 Before further explanation, what exactly is Cognitive Science? Cognitive science is a scientific study
that reproduces human brains’ physical activities, such as feeling, thinking, and expressing into specific formulas or stages.
David Rumelhart is a master in this field 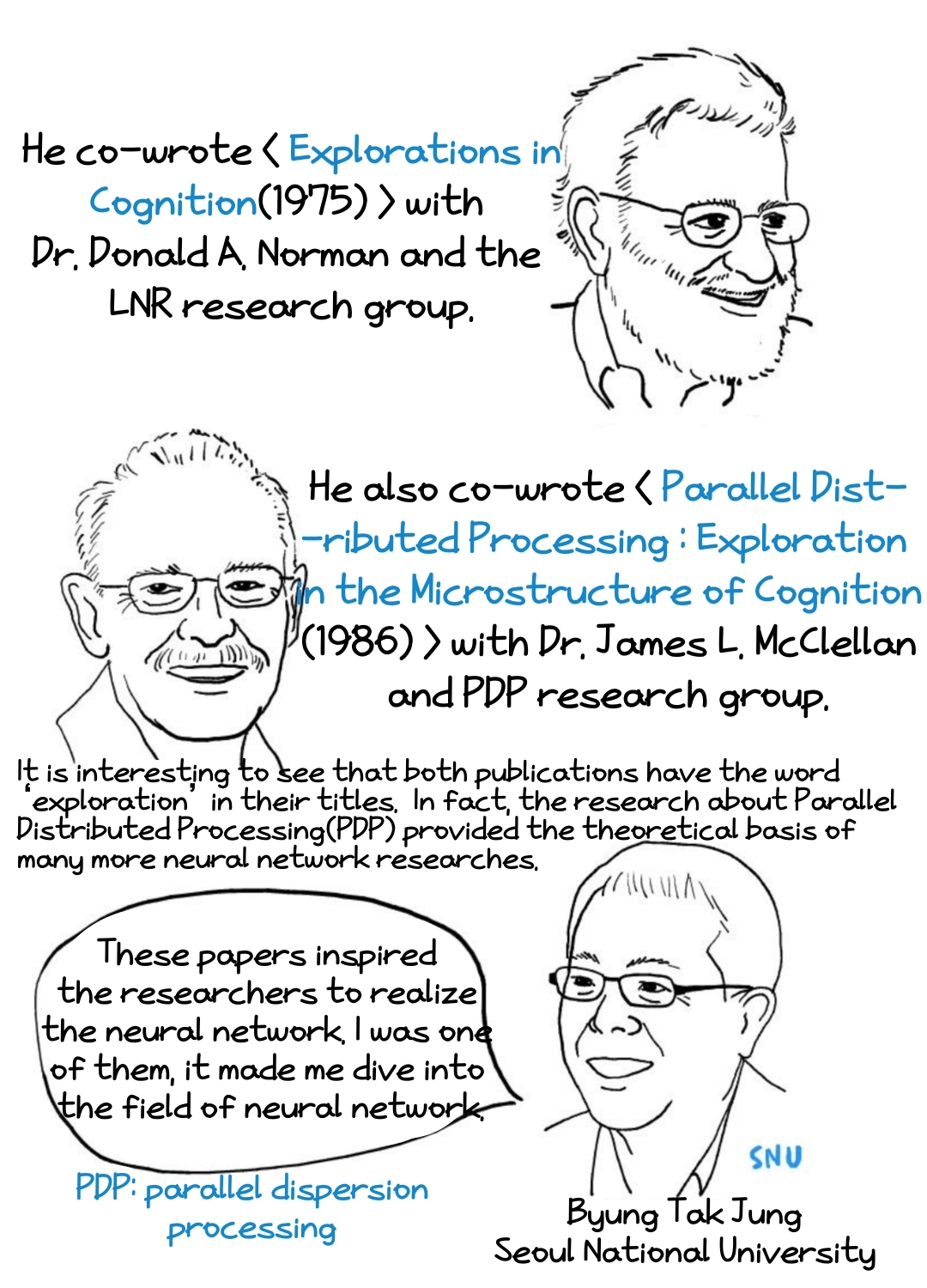 He co-wrote < Explorations in Cognition(1975) > with Dr. Donald A. Norman and the LNR research group.
He also co-wrote < Parallel Distributed Processing : Exploration in the Microstructure of Cognition(1986) >
with Dr. James L. McClellan and PDP research group. It is interesting to see that both publications have the word ‘exploration’ in their titles.
In fact, the research about Parallel Distributed Processing(PDP) provided the theoretical basis of many more neural network researches. 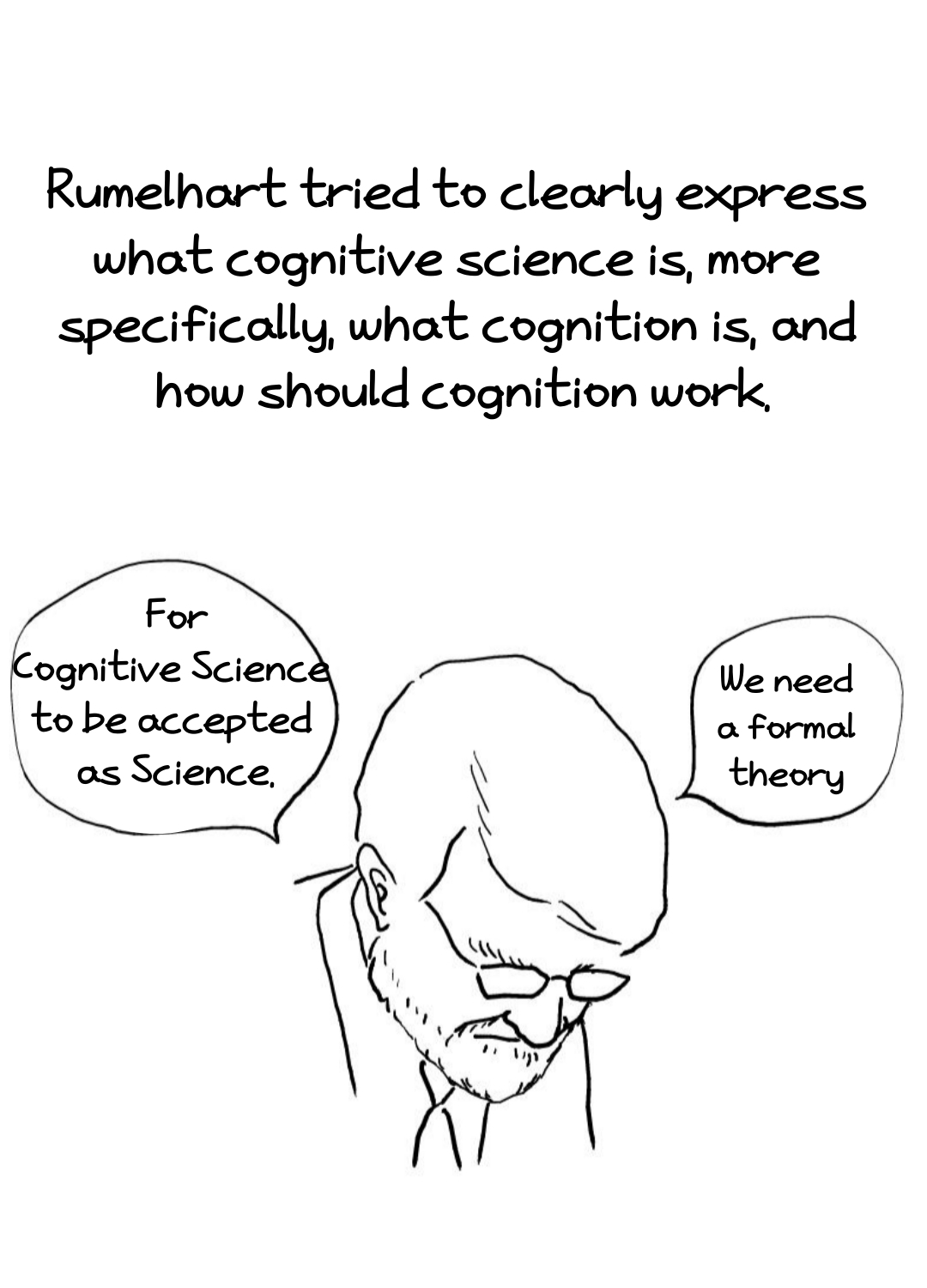 Rumelhart tried to clearly express what cognitive science is, more specifically, what cognition is, and how should cognition work. 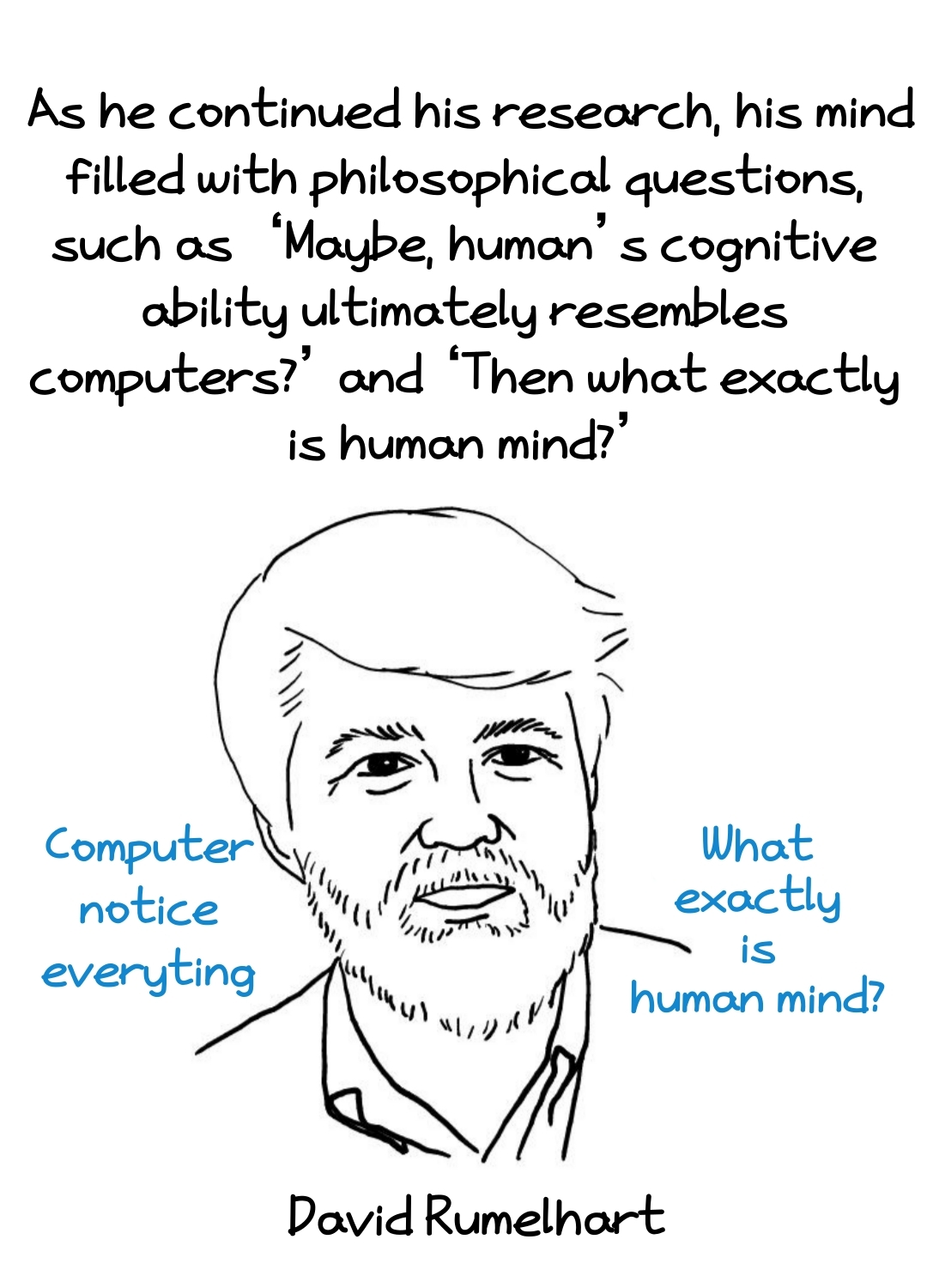 As he continued his research, his mind filled with philosophical questions, such as
‘Maybe, human’s cognitive ability ultimately resembles computers?’ and ‘Then what exactly is human mind?’ 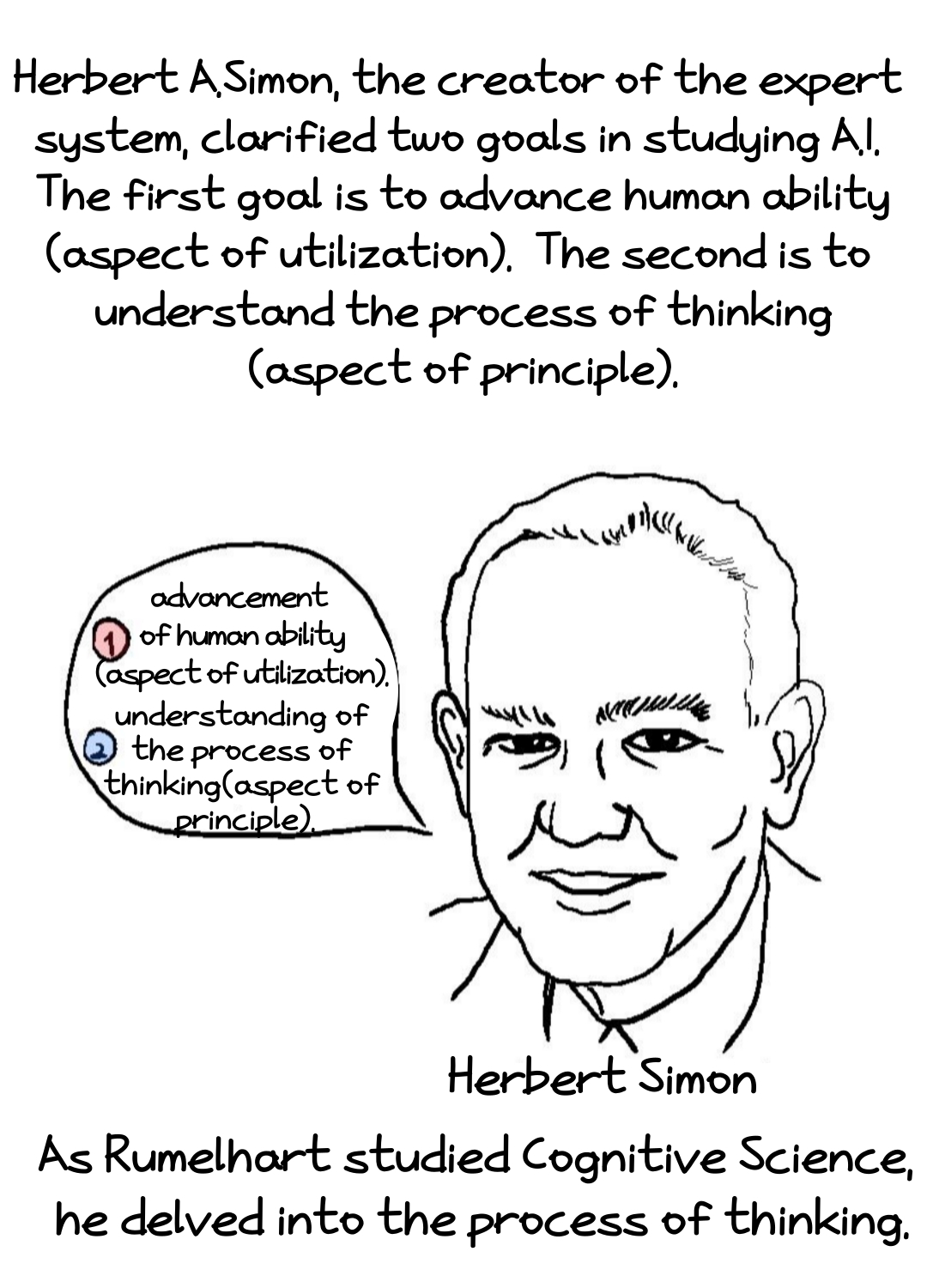 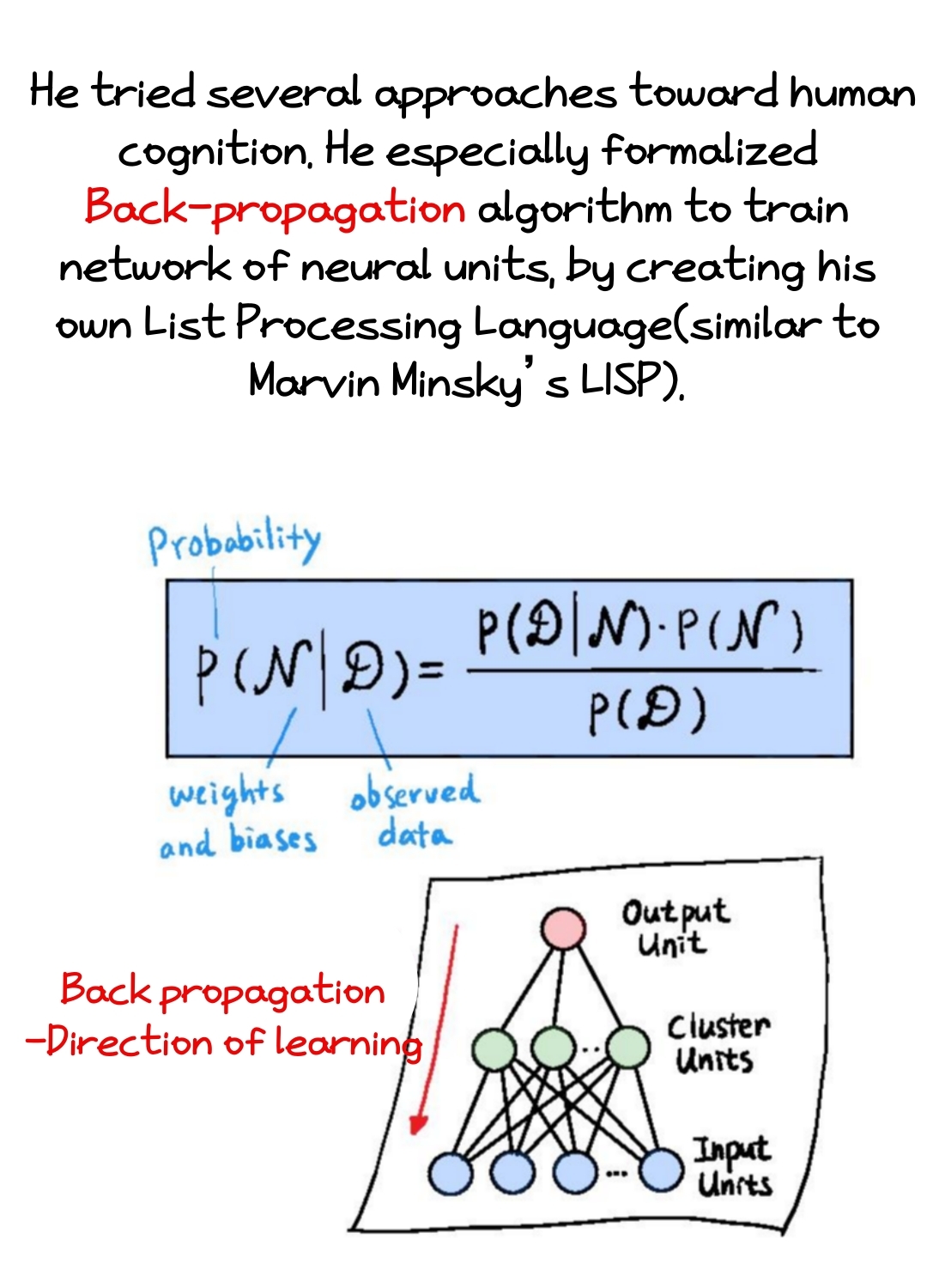 He tried several approaches toward human cognition. He especially formalized Back-propagation algorithm
to train network of neural units, by creating his own List Processing Language(similar to Marvin Minsky’s LISP). 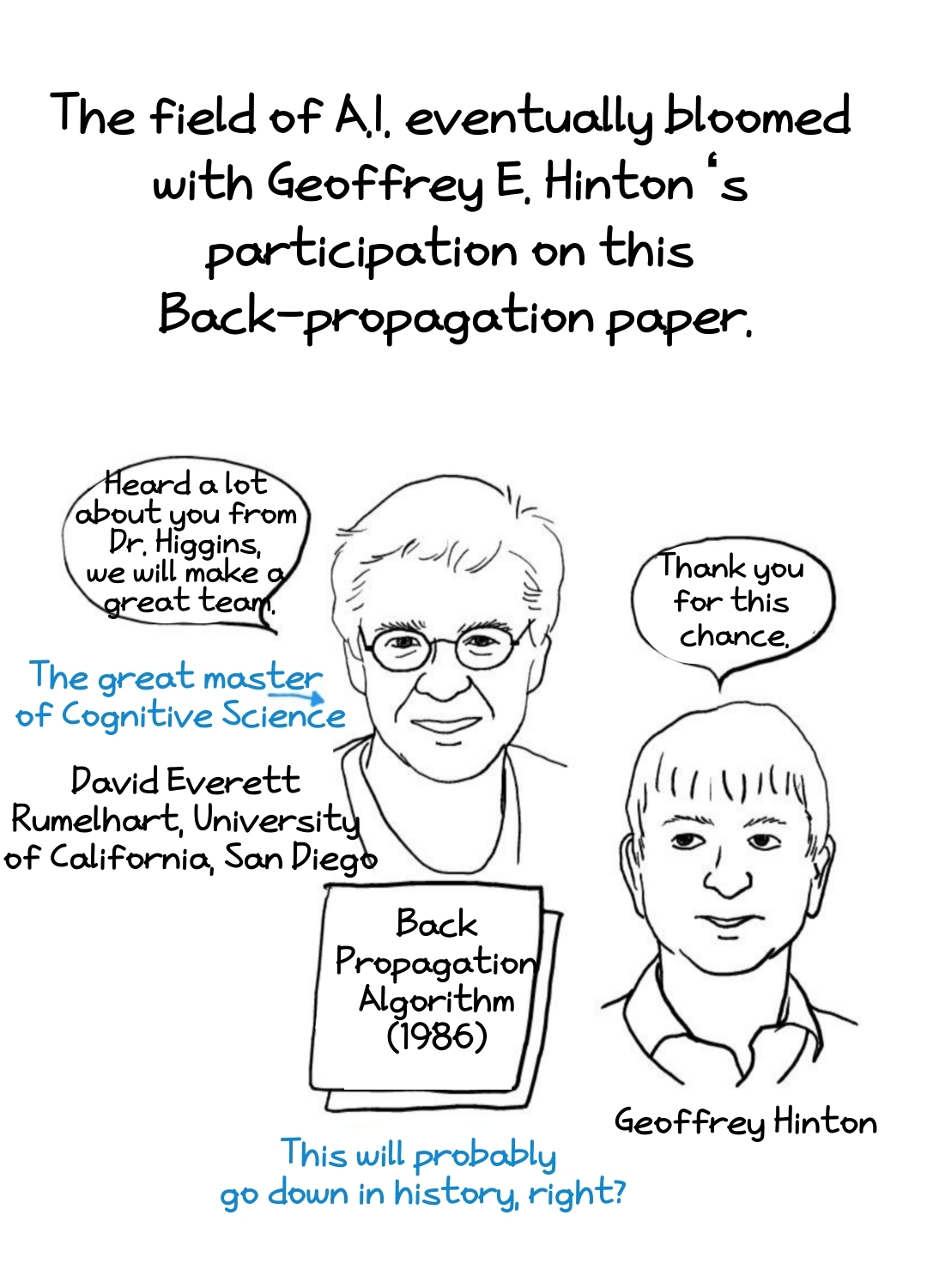 The field of A.I. eventually bloomed with Geoffrey E. Hinton‘s participation on this Back-propagation paper.\ 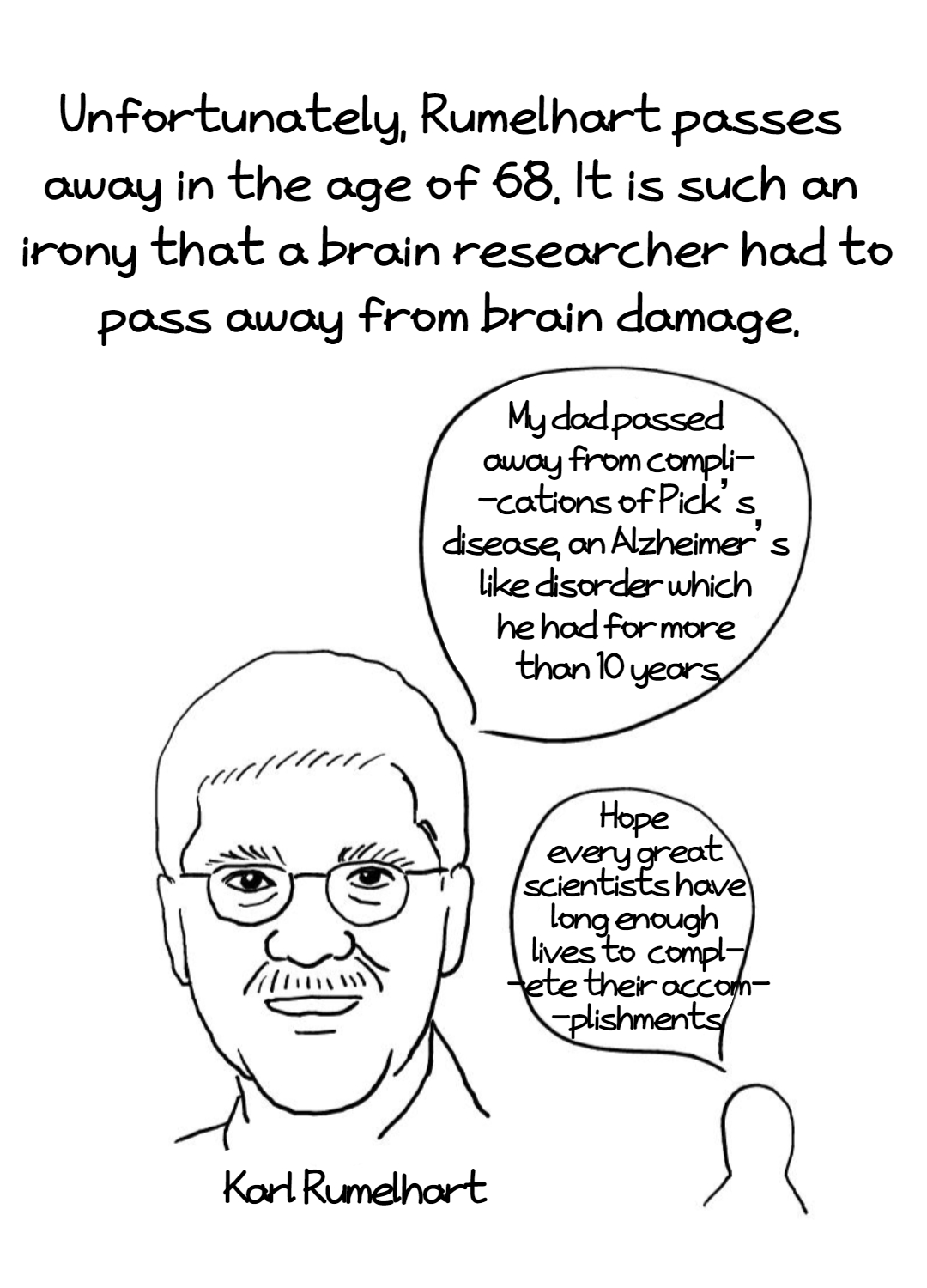 Unfortunately, Rumelhart passes away in the age of 68. It is such an irony that a brain researcher had to pass away from brain damage.
Do you need database performance monitoring? Contact us and we will send you a free quote
[email protected]