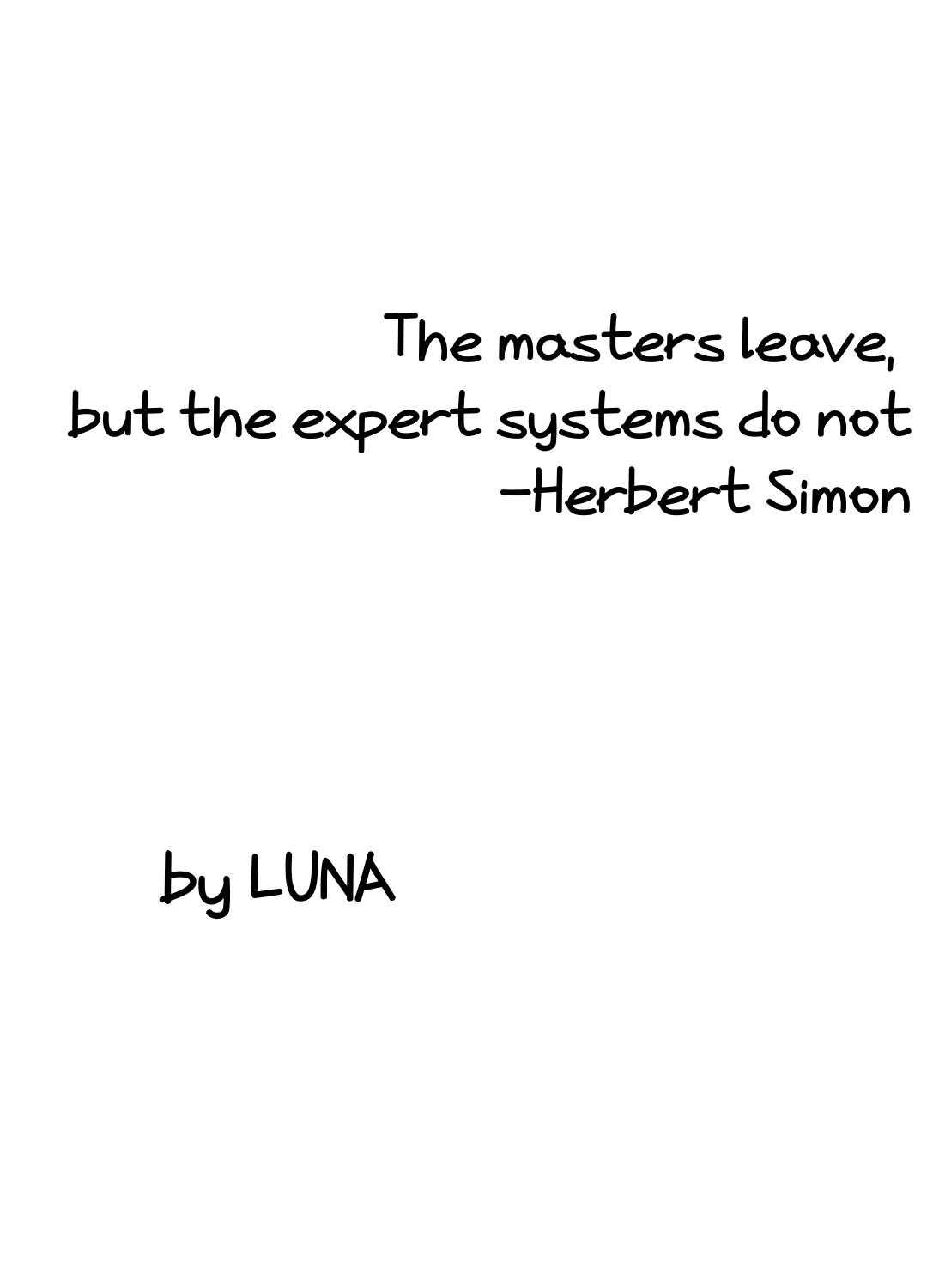 The masters leave, but the expert systems do not -Herbert Simon 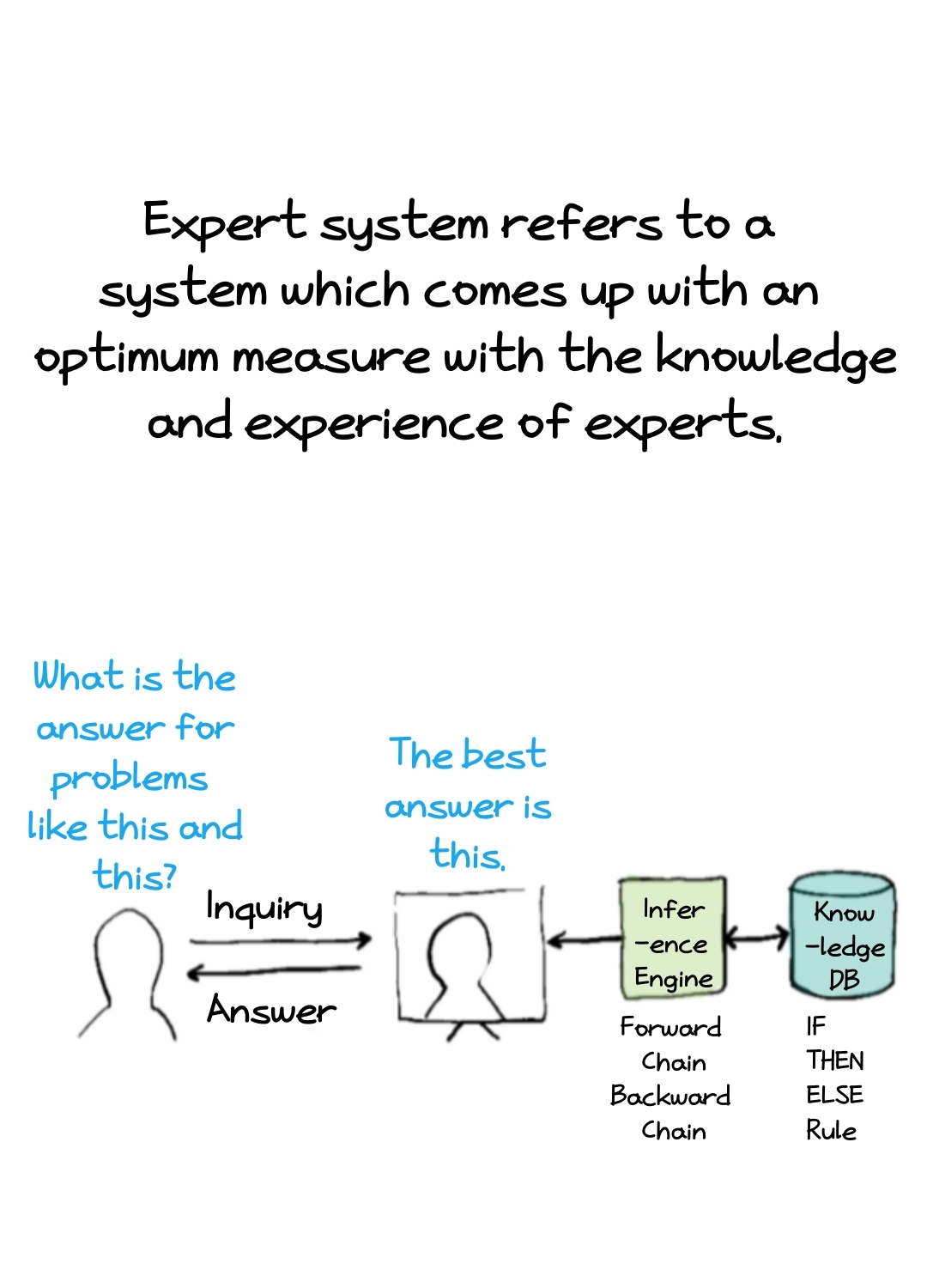 Expert system refers to a system which comes up with an optimum measure with the knowledge and experience of experts. 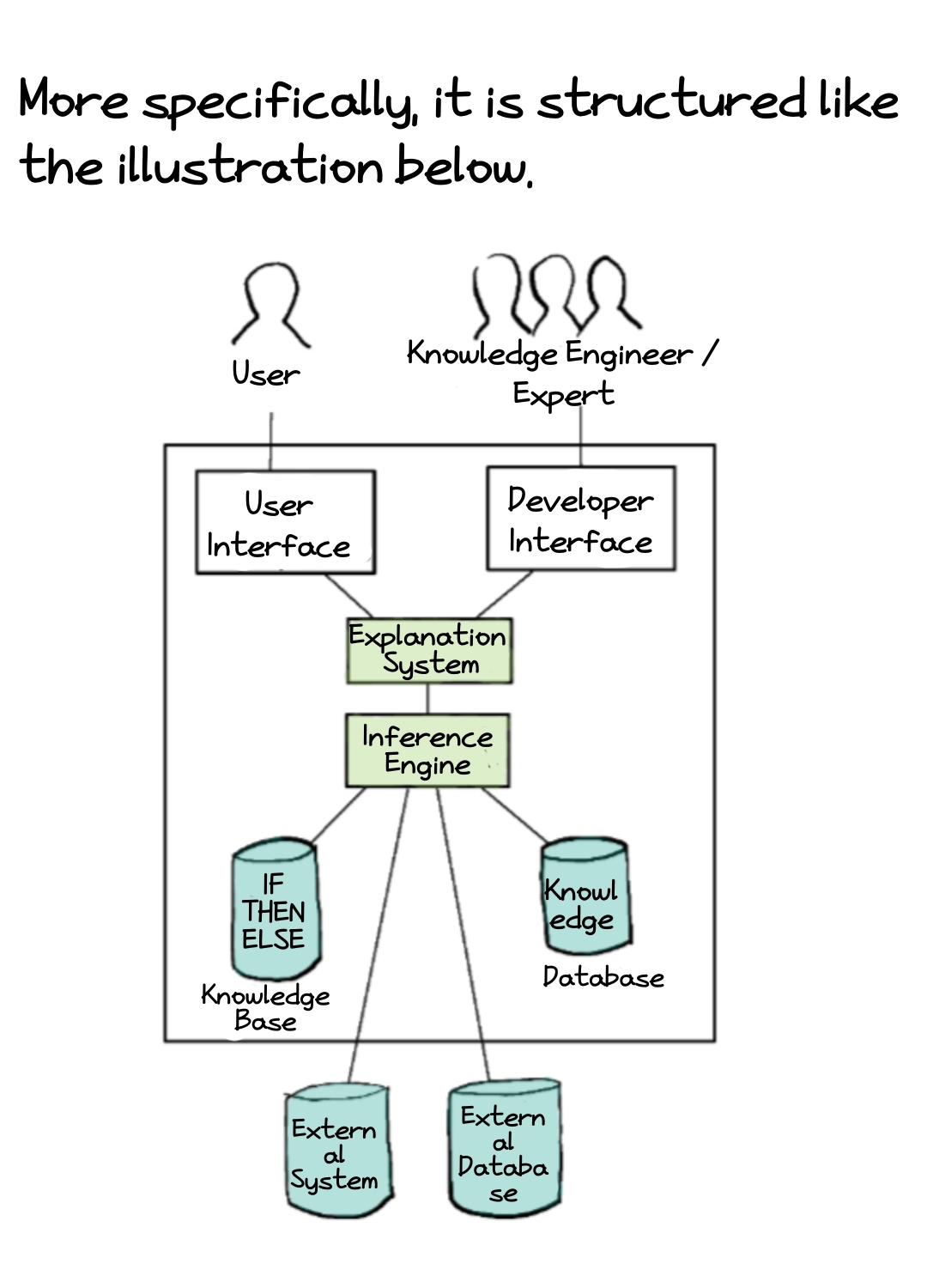 More specifically, it is structured like the illustration below. 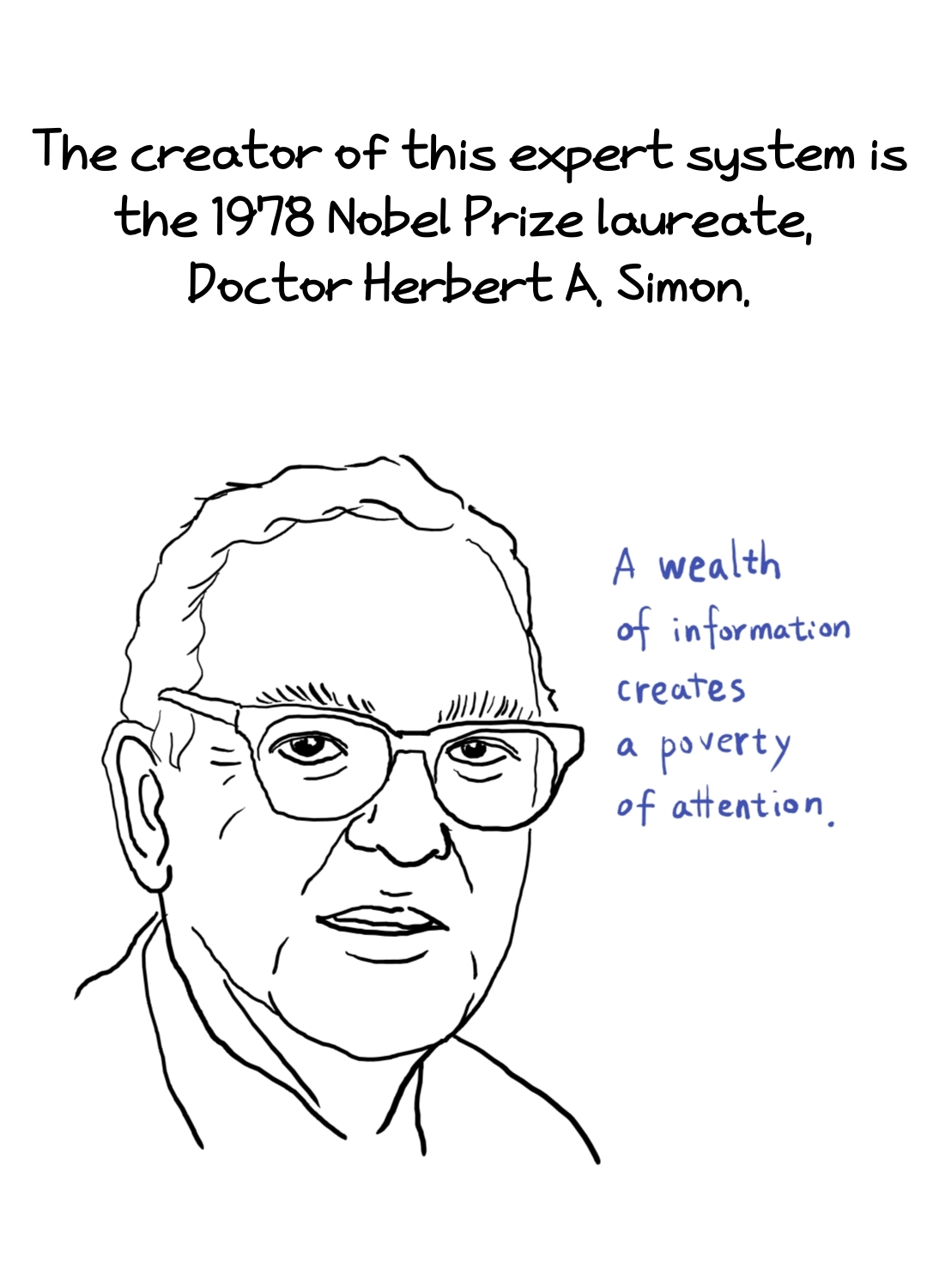 The creator of this expert system is the 1978 Nobel Prize laureate, Doctor Herbert A. Simon. 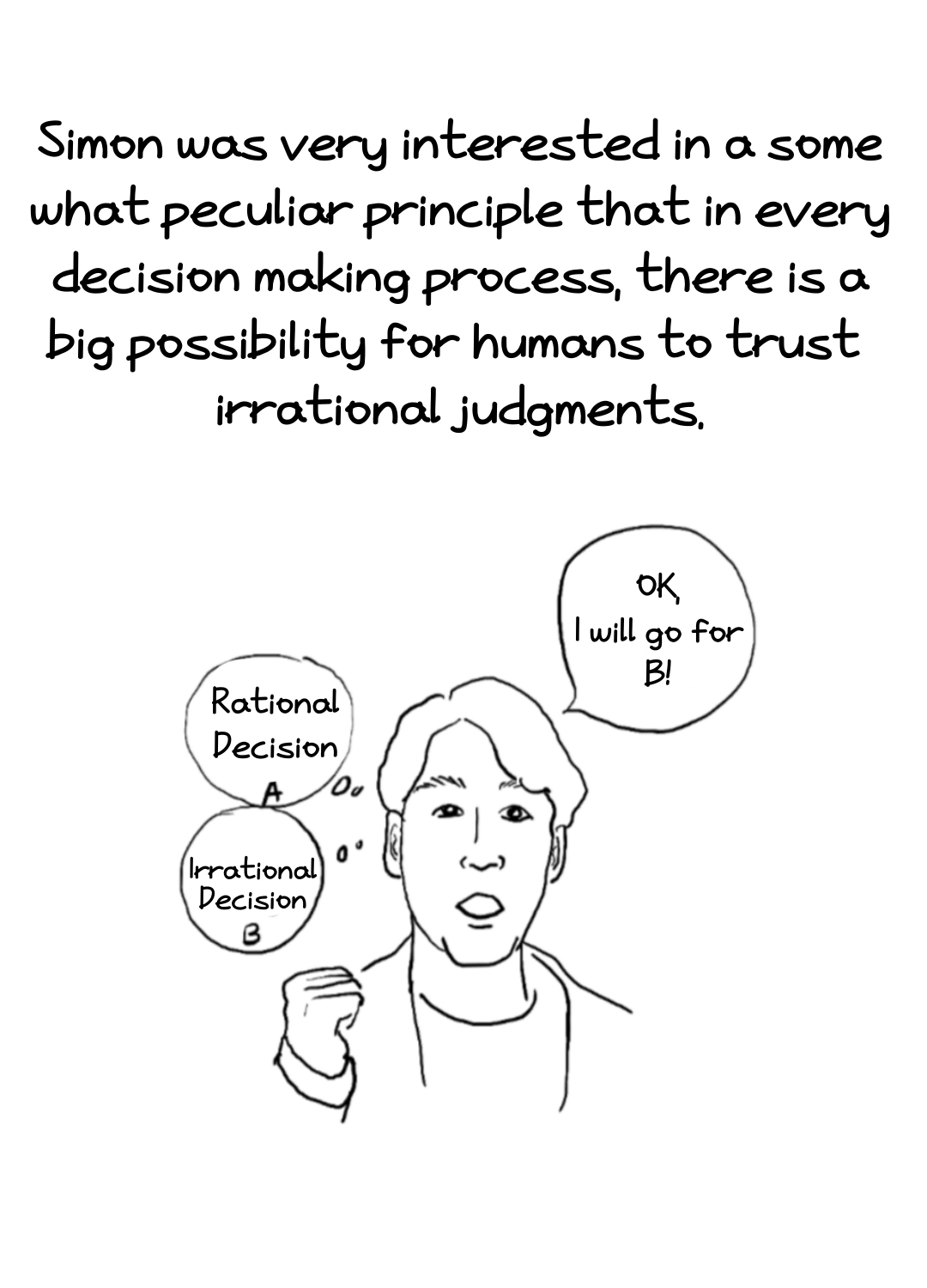 Simon was very interested in a somewhat peculiar principle that in every decision making process,
there is a big possibility for humans to trust irrational judgments. 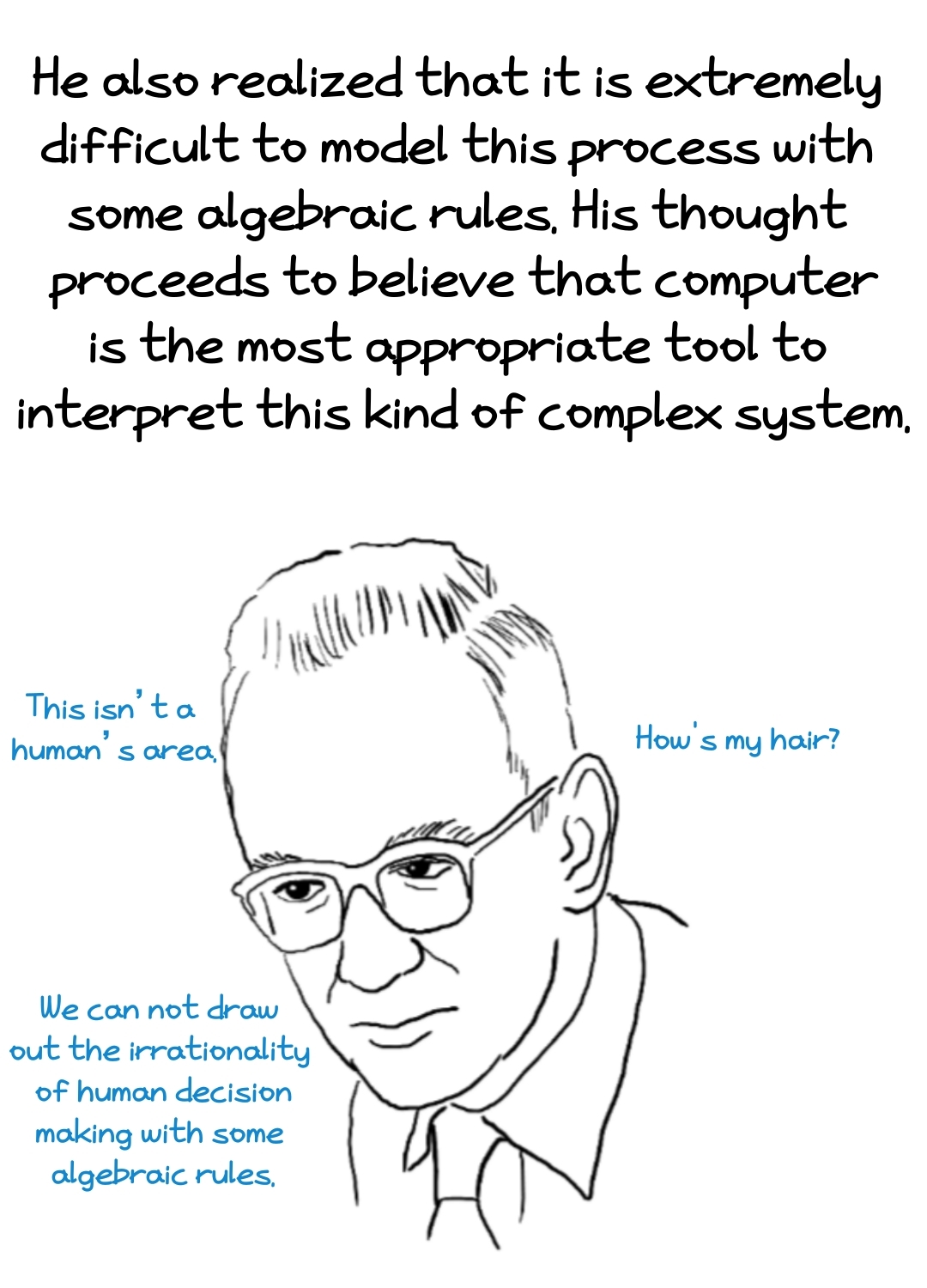 He also realized that it is extremely difficult to model this process with some algebraic rules.
His thought proceeds to believe that computer is the most appropriate tool to interpret this kind of complex system. 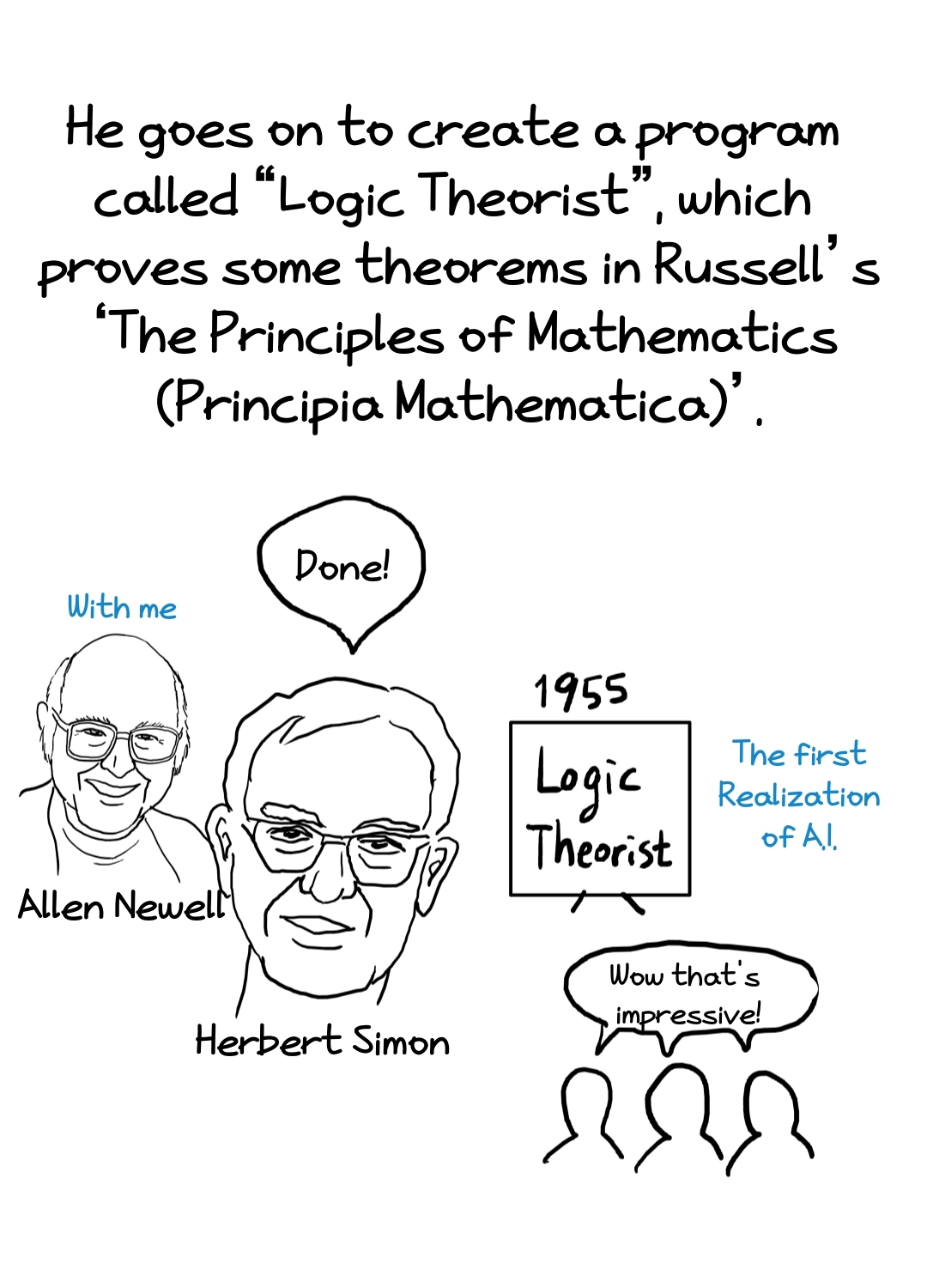 He goes on to create a program called “Logic Theorist”, which proves some theorems in Russell’s
‘The Principles of Mathematics(Principia Mathematica)’. 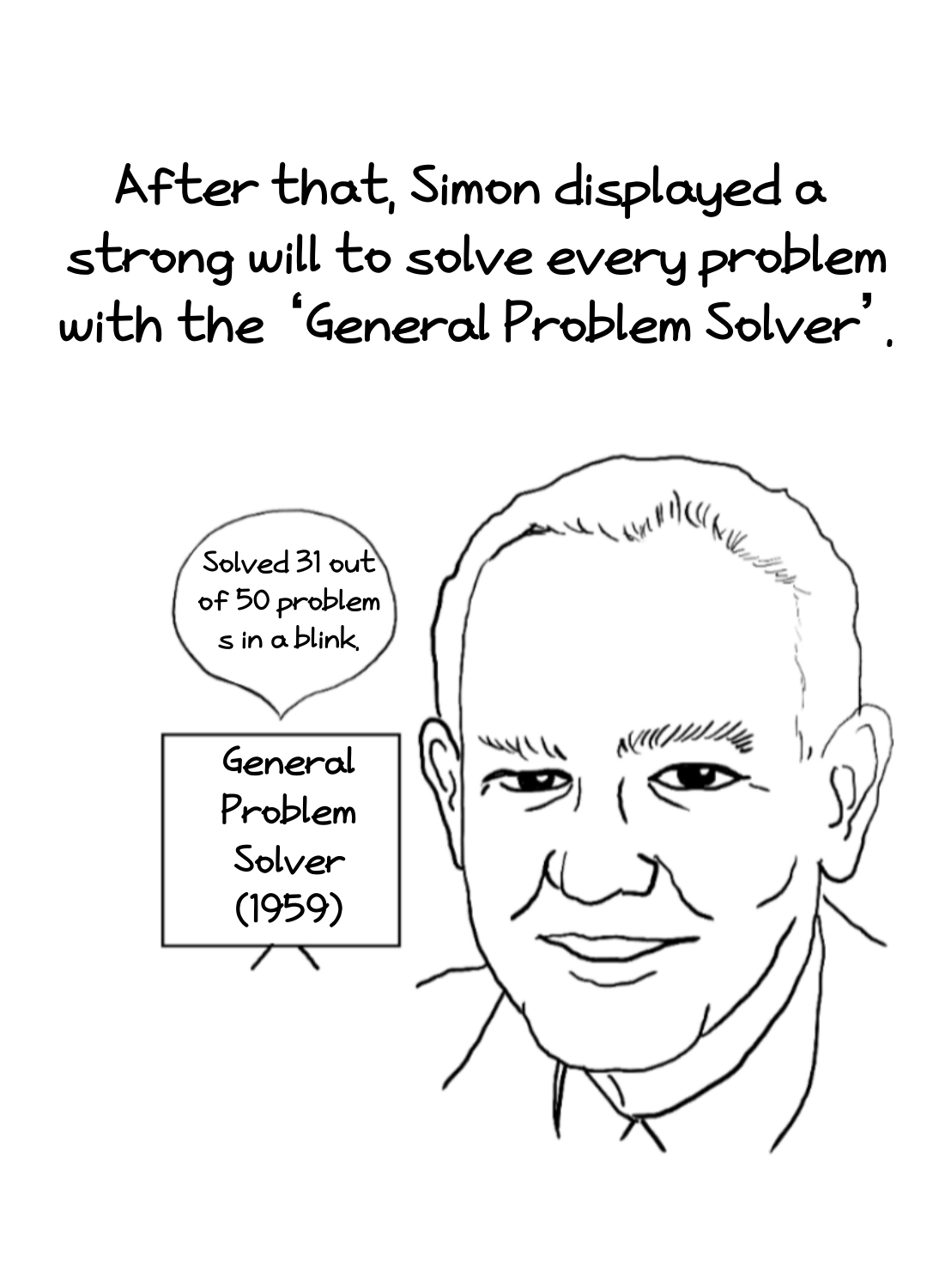 After that, Simon displayed a strong will to solve every problem with the ‘General Problem Solver’. 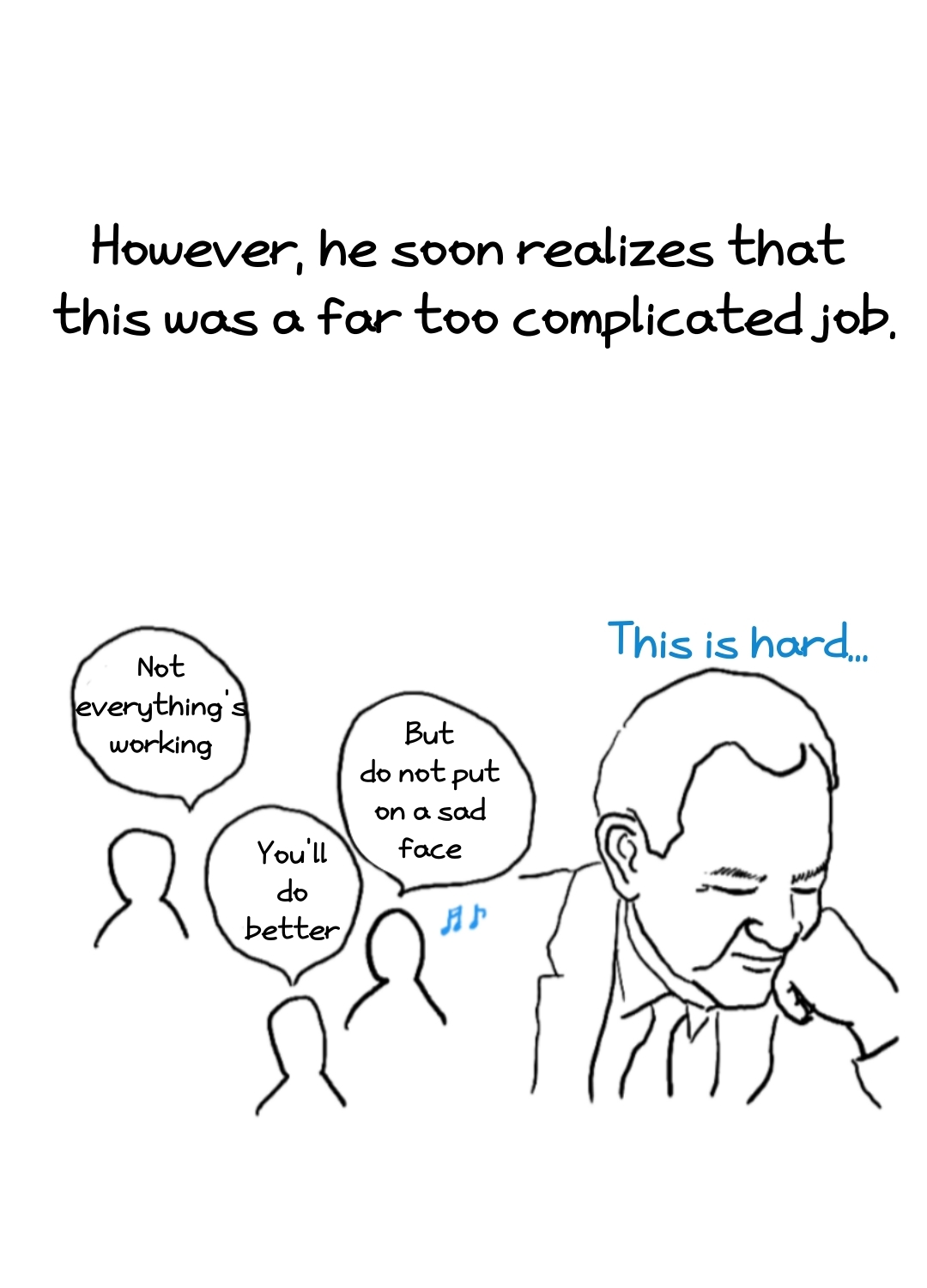 However, he soon realizes that this was a far too complicated job. 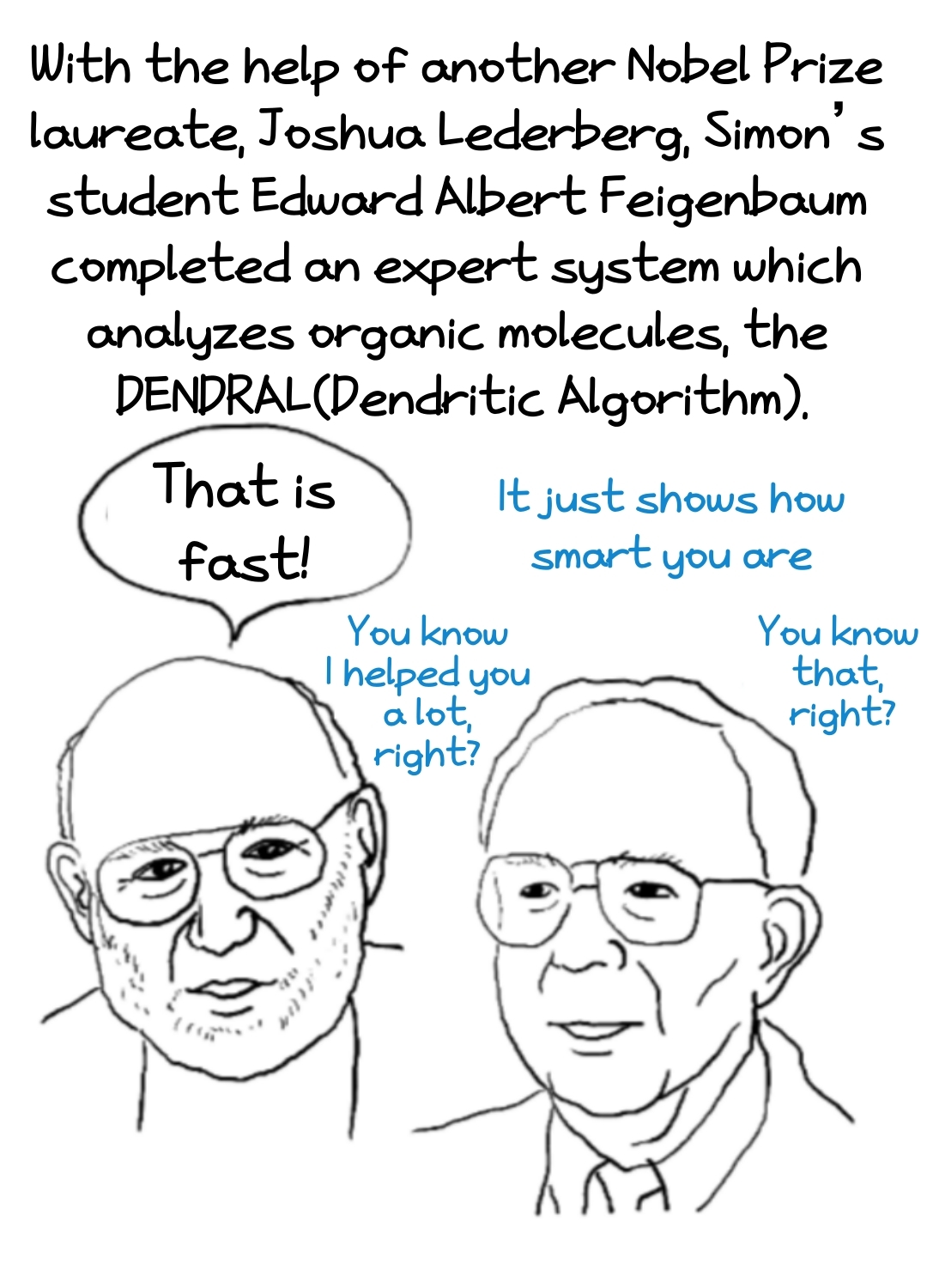 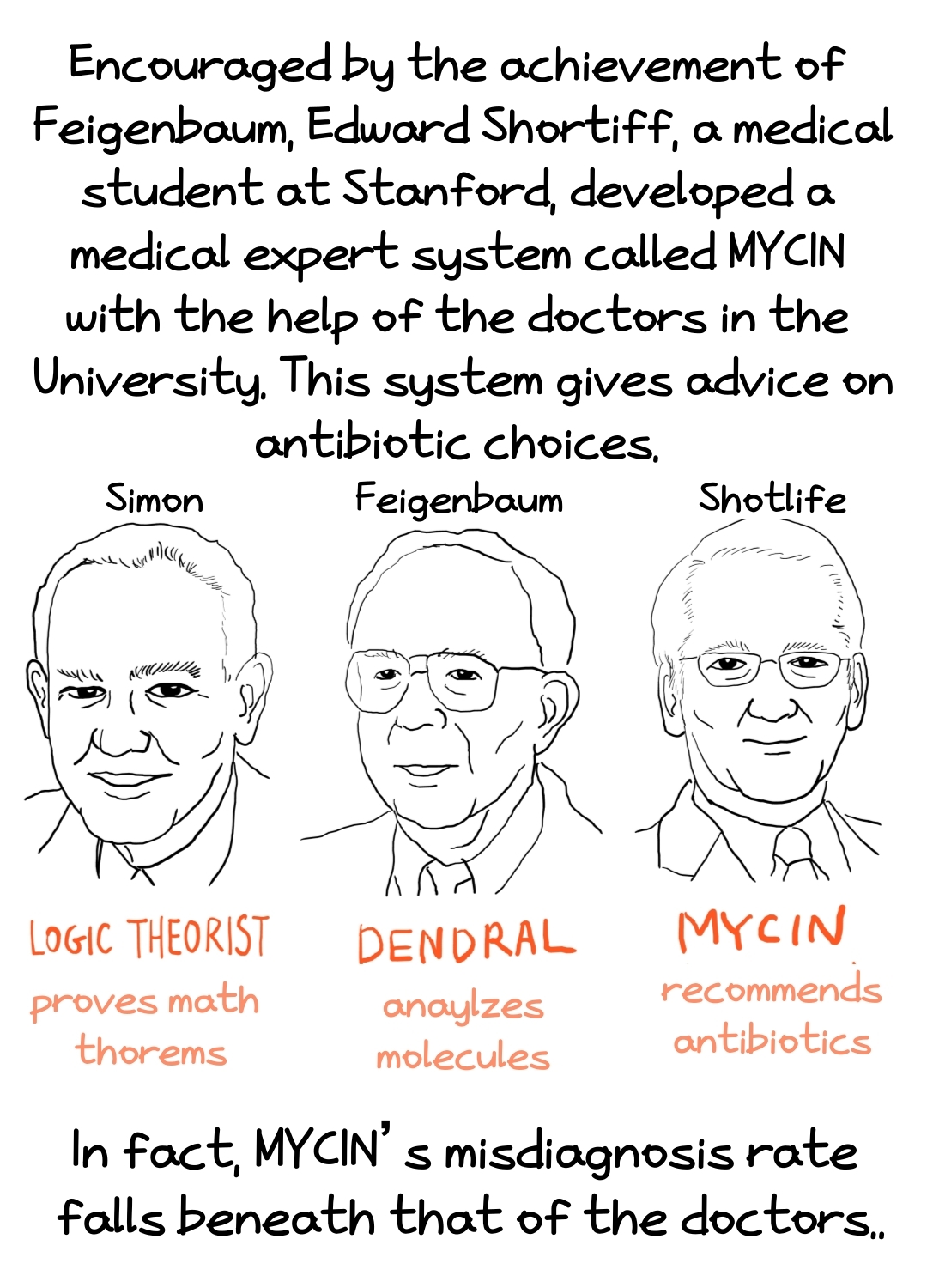 Encouraged by the achievement of Feigenbaum, Edward Shortiff, a medical student at Stanford,
developed a medical expert system called MYCIN with the help of the doctors in the University.
This system gives advice on antibiotic choices.
In fact, MYCIN’s misdiagnosis rate falls beneath that of the doctors. Despite its initial prestige, the expert system failed to completely replace human experts.
This was because it fails to input what we usually call ‘common sense’, not to mention some elaborate cases that can not be programmed. 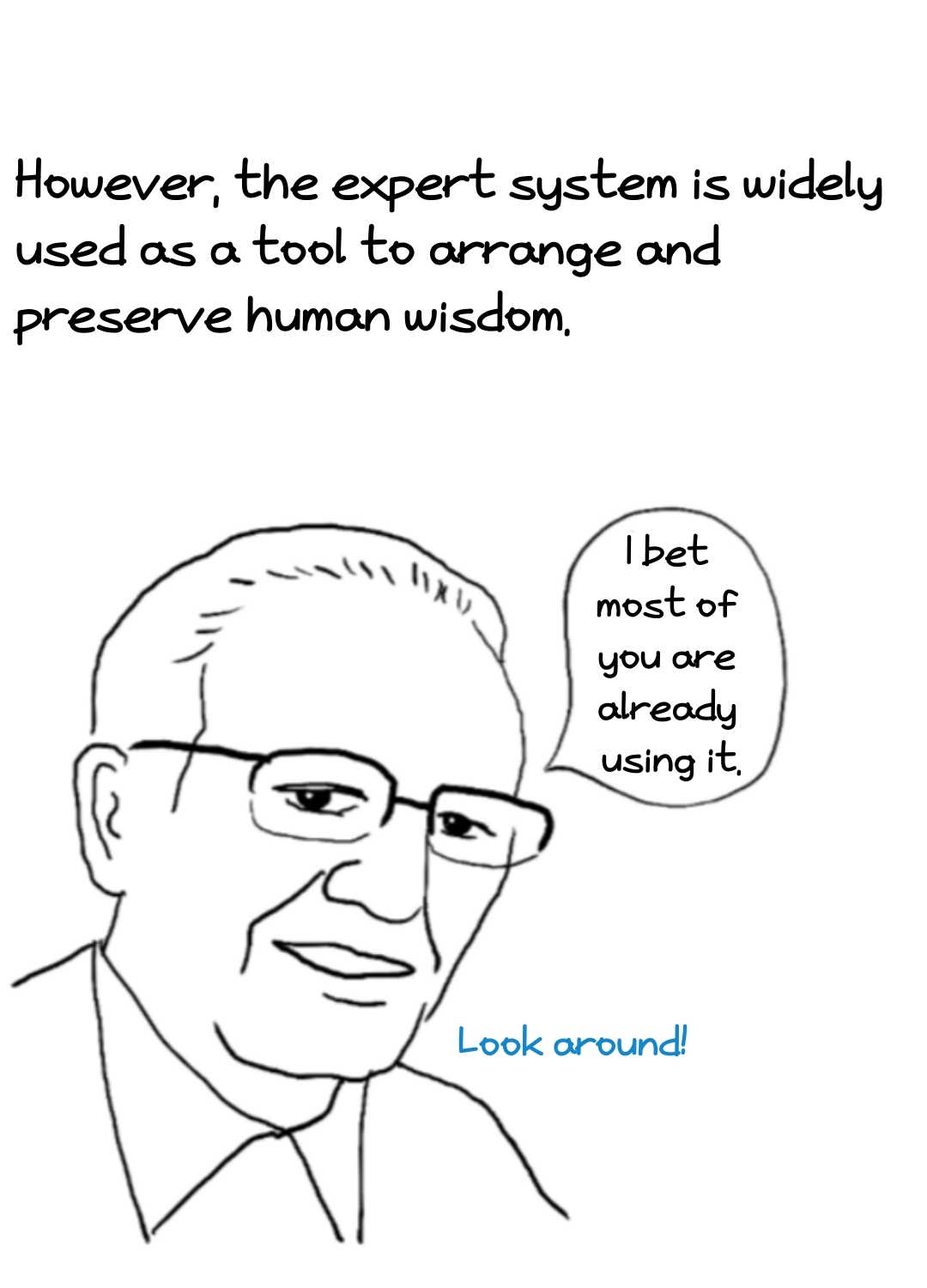 However, the expert system is widely used as a tool to arrange and preserve human wisdom. 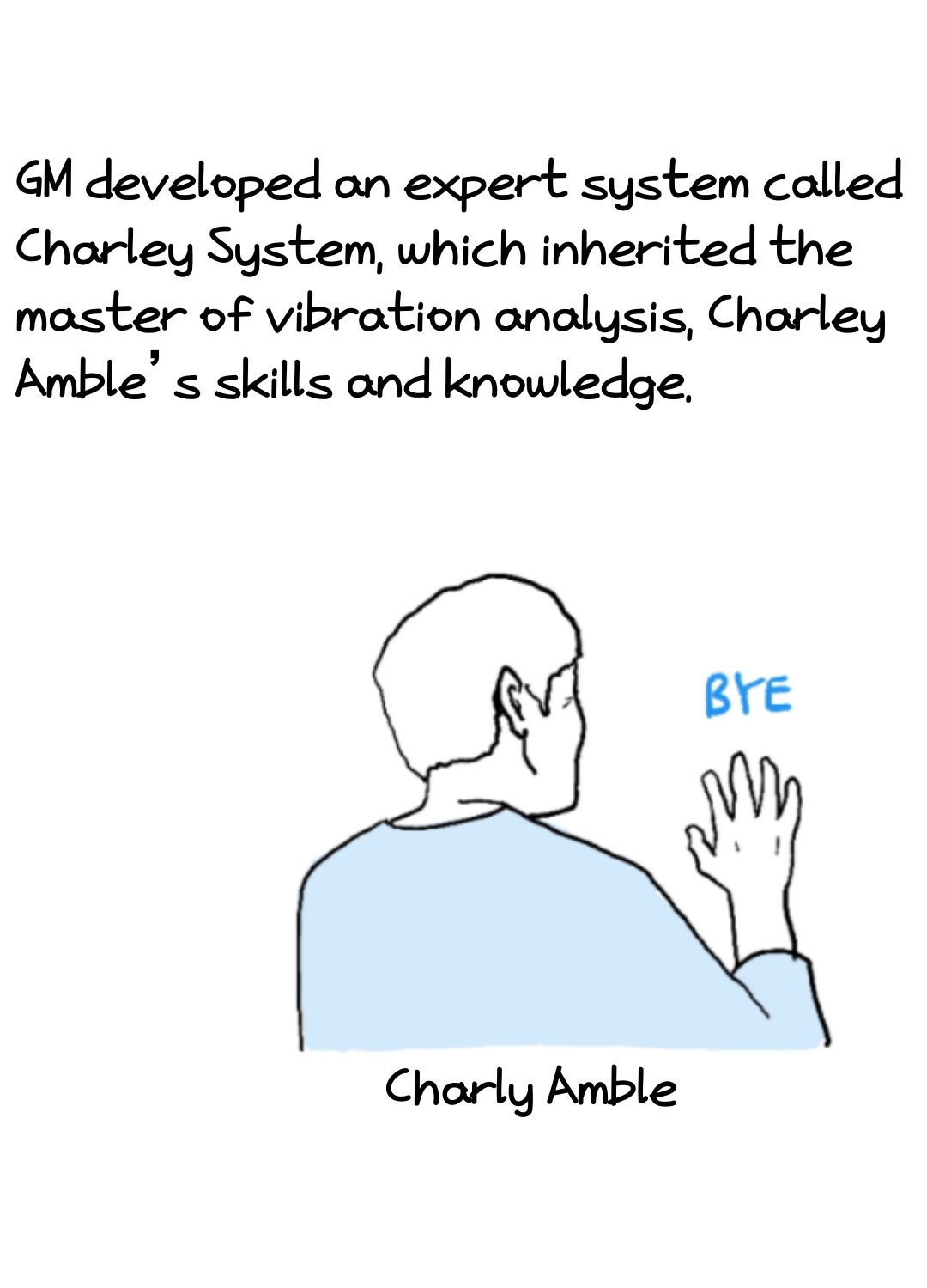 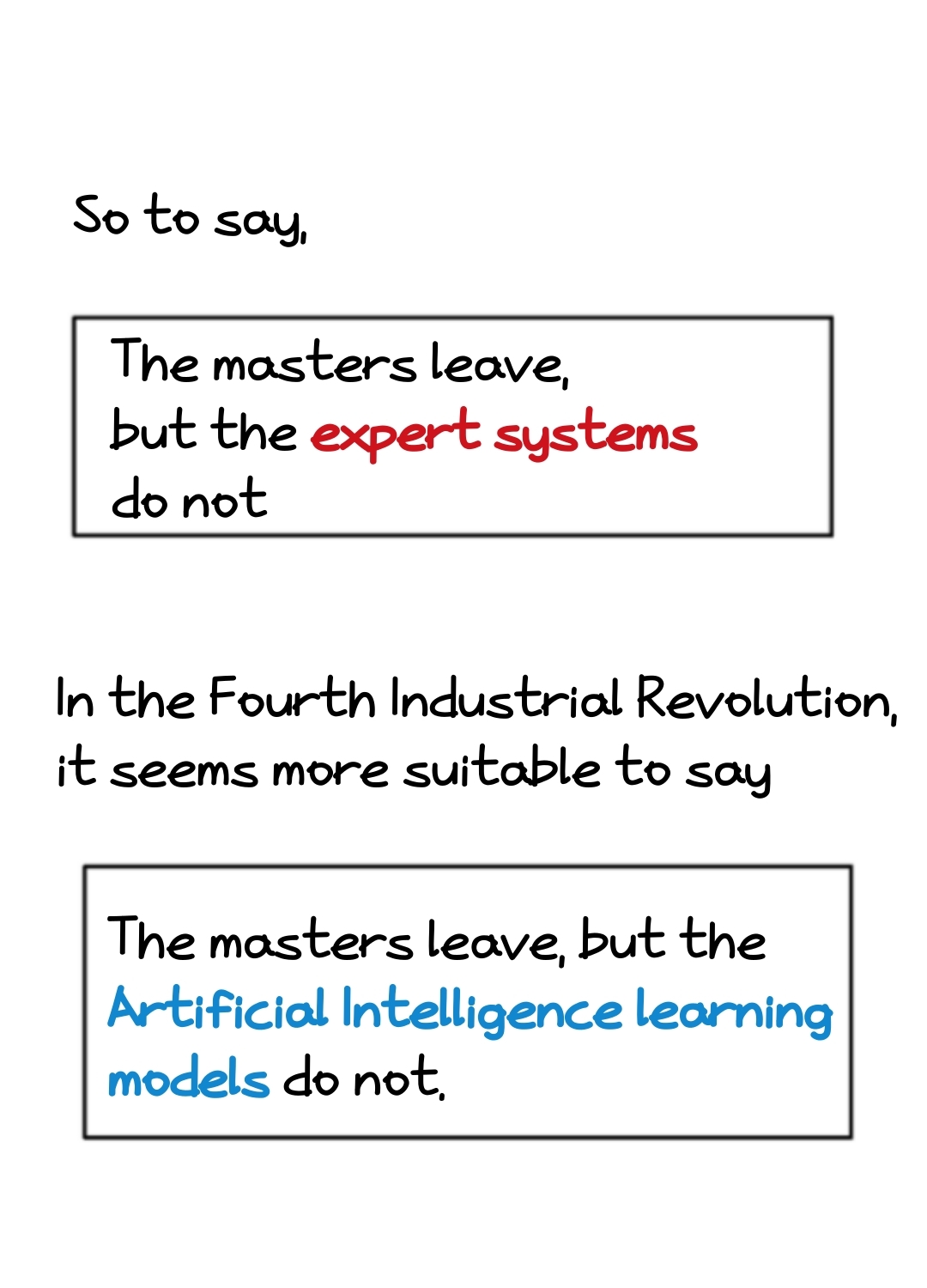