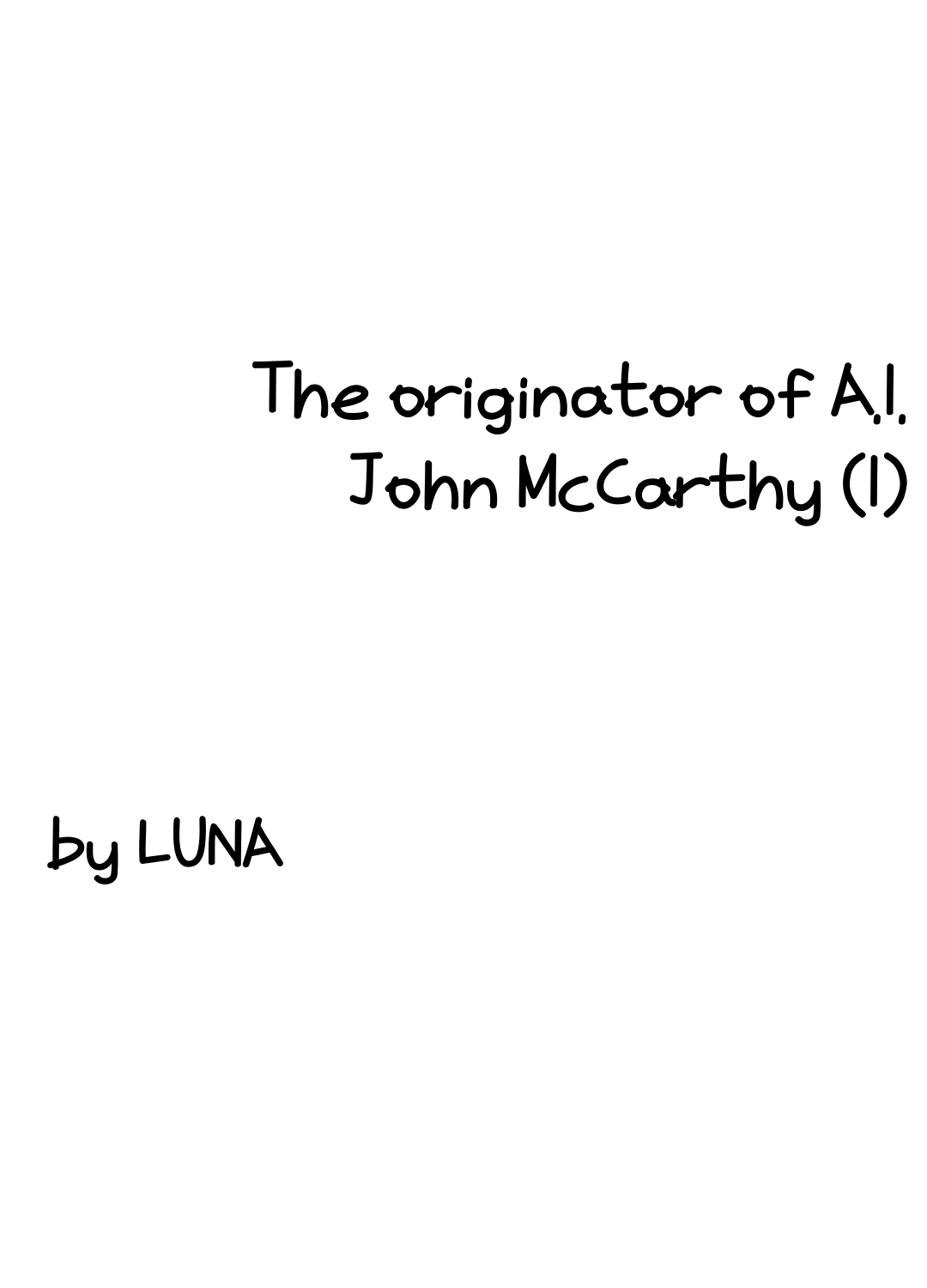 The originator of A.I., John McCarthy 1 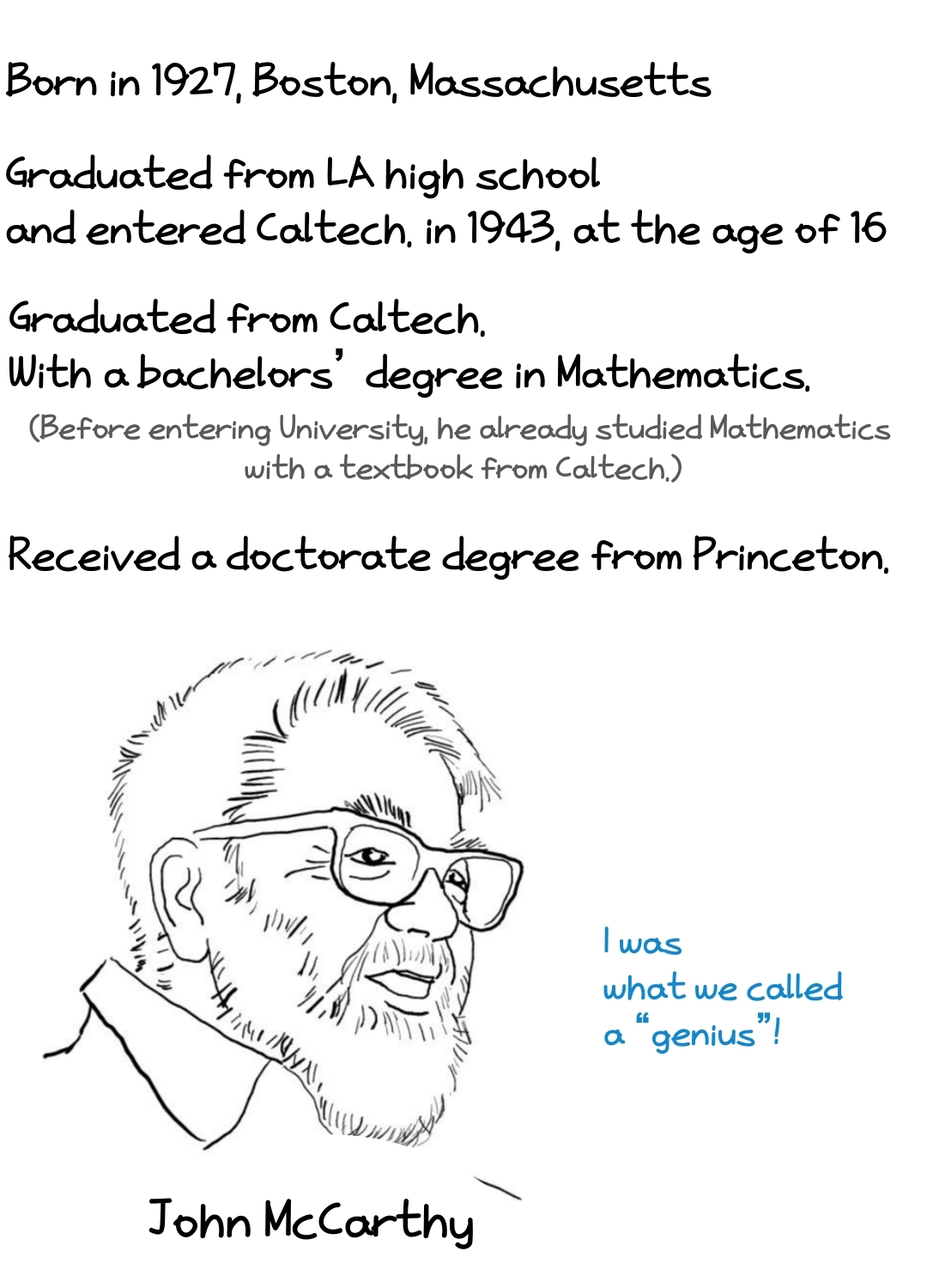 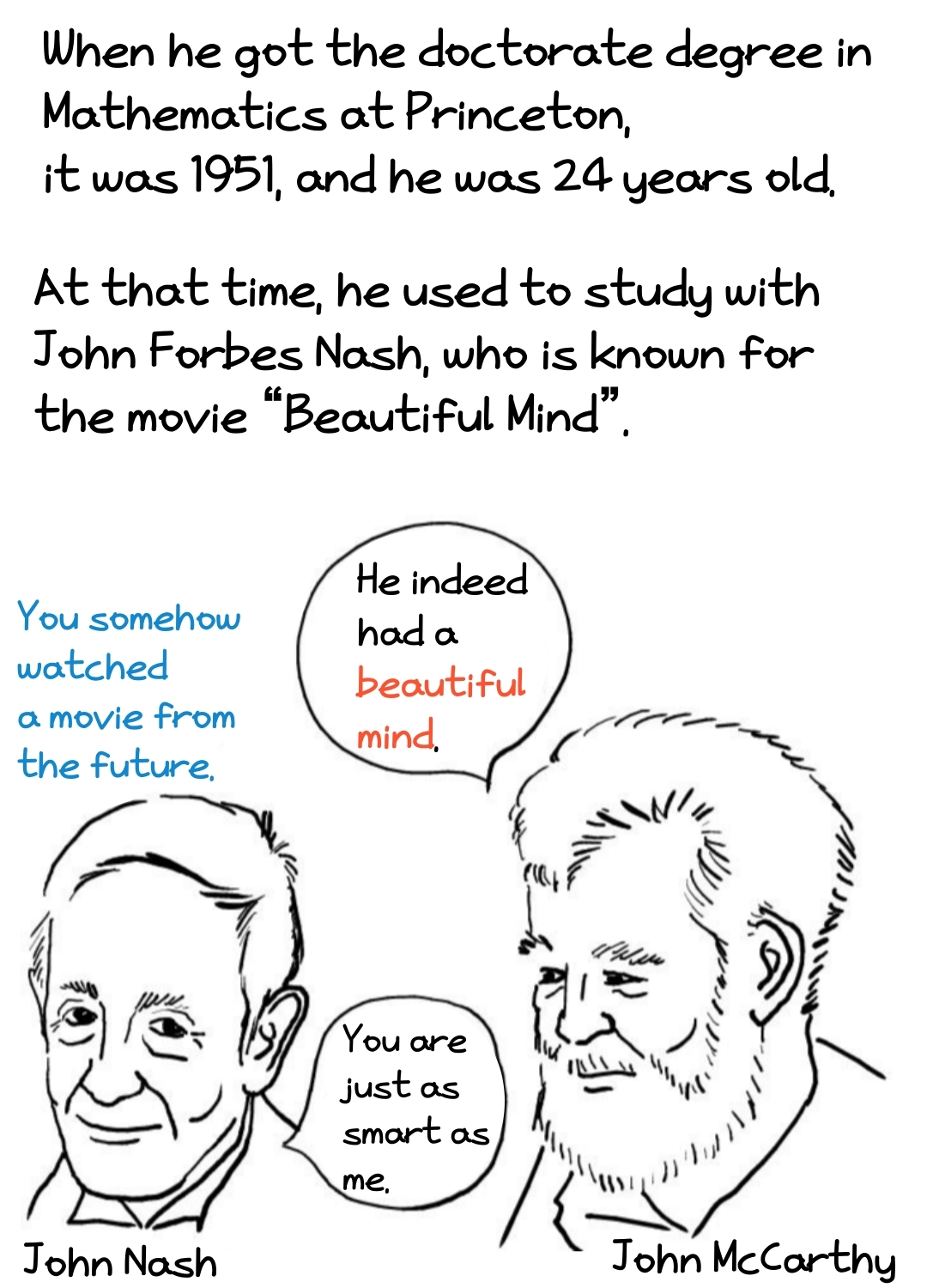 When he got the doctorate degree in Mathematics at Princeton,
it was 1951, and he was 24 years old.
At that time, he used to study with John Forbes Nash,
who is known for the movie “Beautiful Mind”. 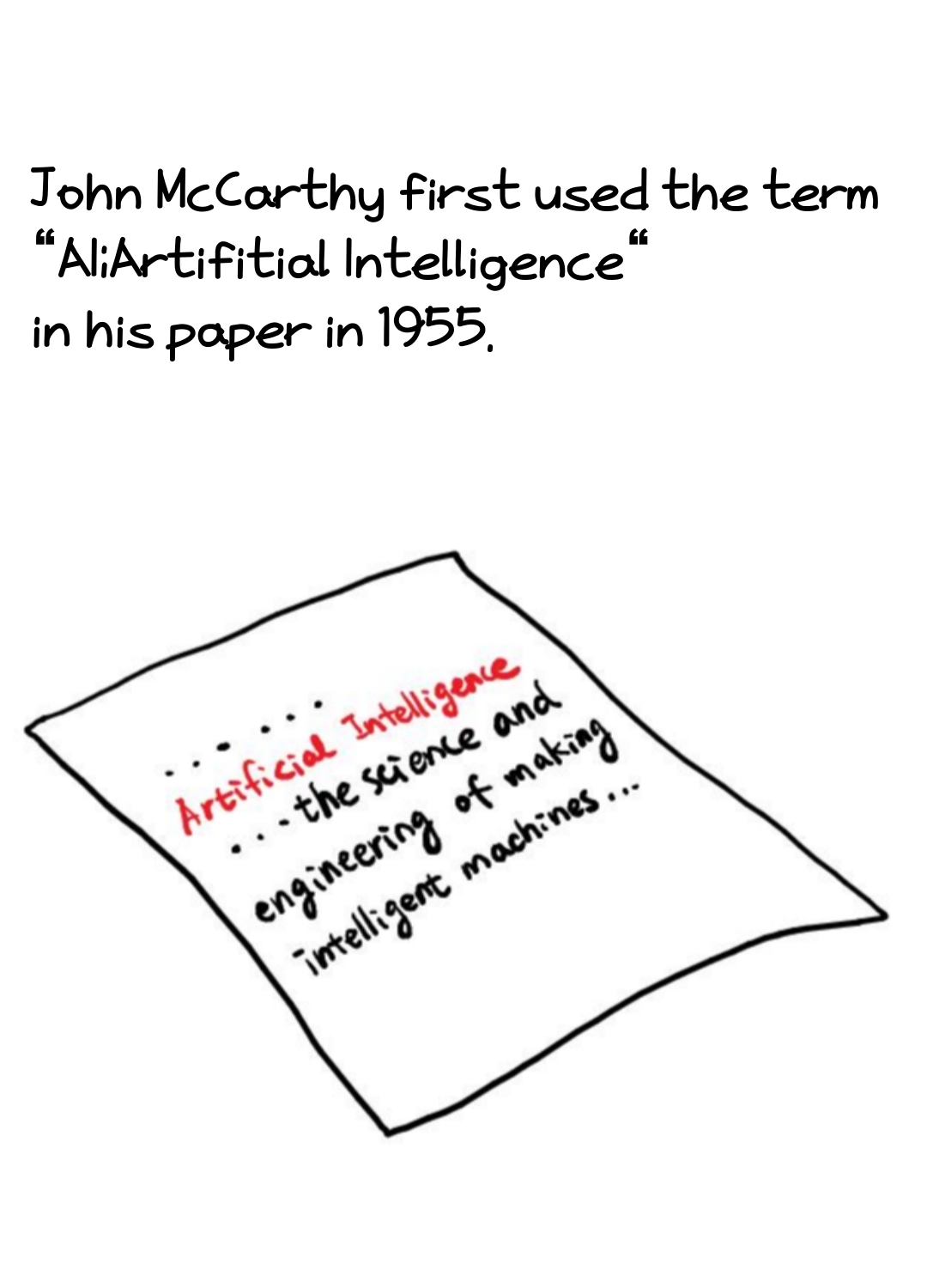 John McCarthy first used the term “AI;Artifitial Intelligence“ in his paper in 1955.
“AI is the science and engineering of making intelligent machines”. 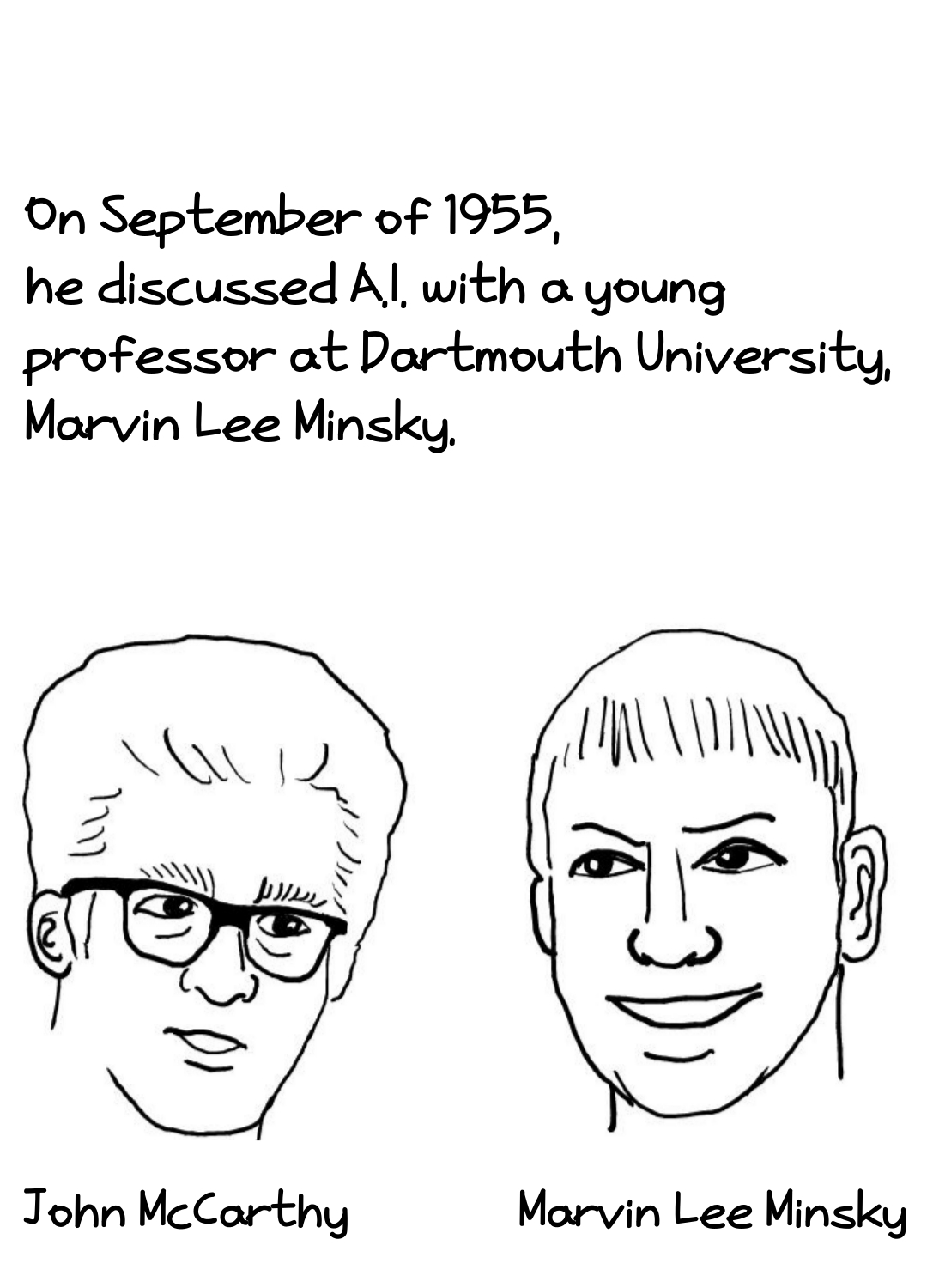 On September of 1955, he discussed A.I.
with a young professor at Dartmouth University, Marvin Lee Minsky. 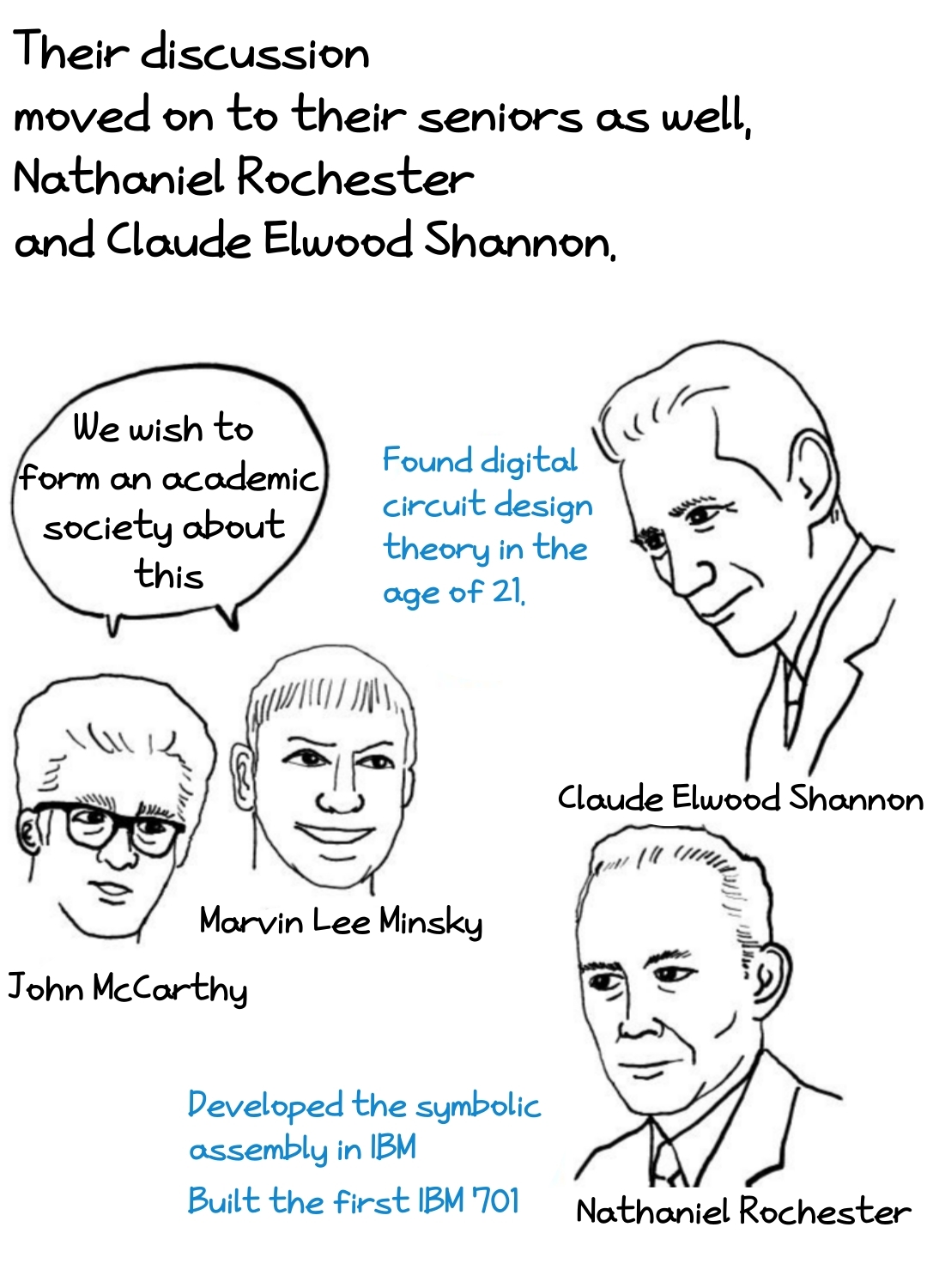 Their discussion moved on to their seniors as well,
Nathaniel Rochester and Claude Elwood Shannon. 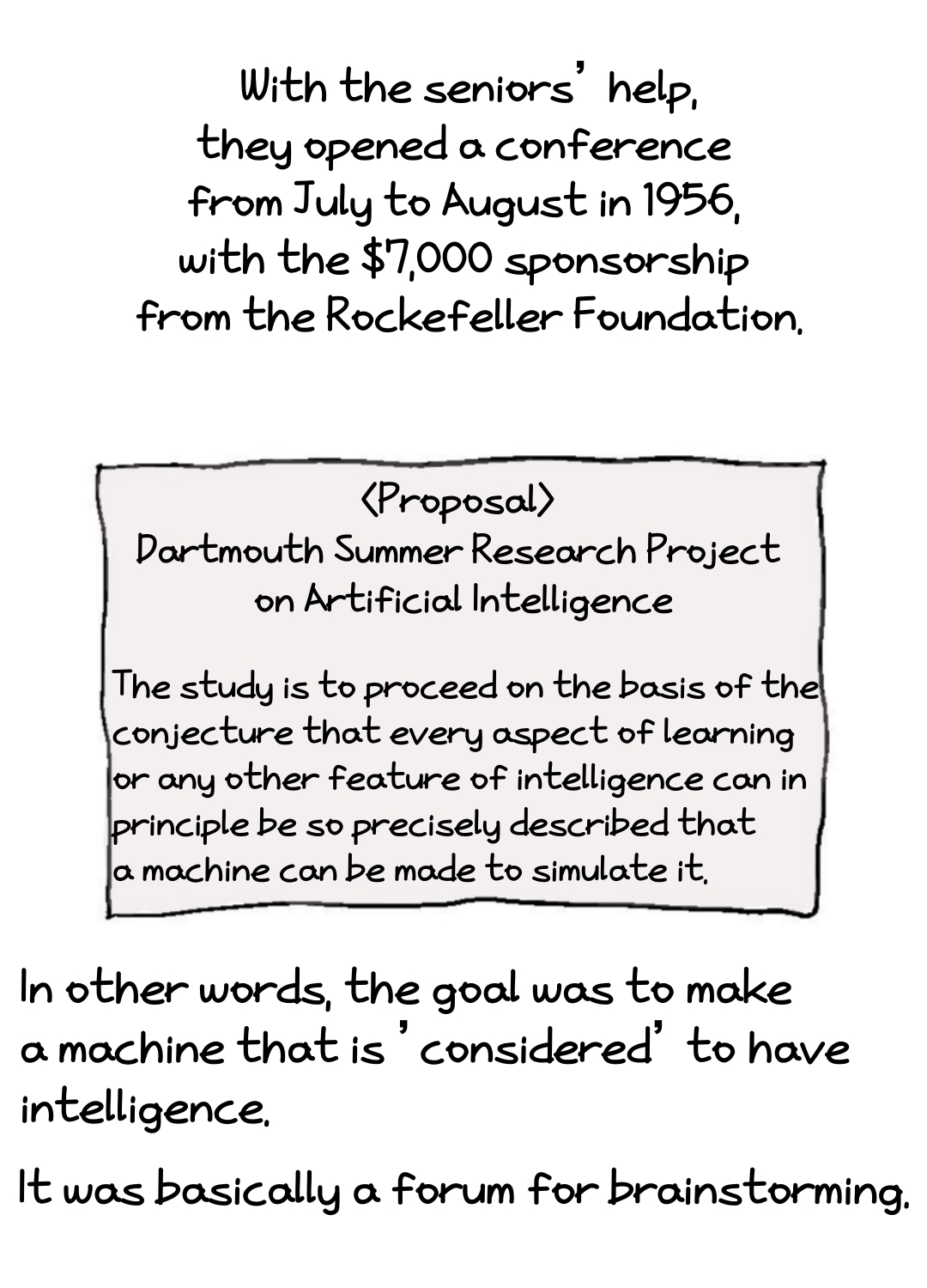 With the seniors’ help,
they opened a conference from July to August in 1956,
with the $7,000 sponsorship from the Rockefeller Foundation.
In other words, the goal was to make a machine
that is ’considered’ to have intelligence.
It was basically a forum for brainstorming. 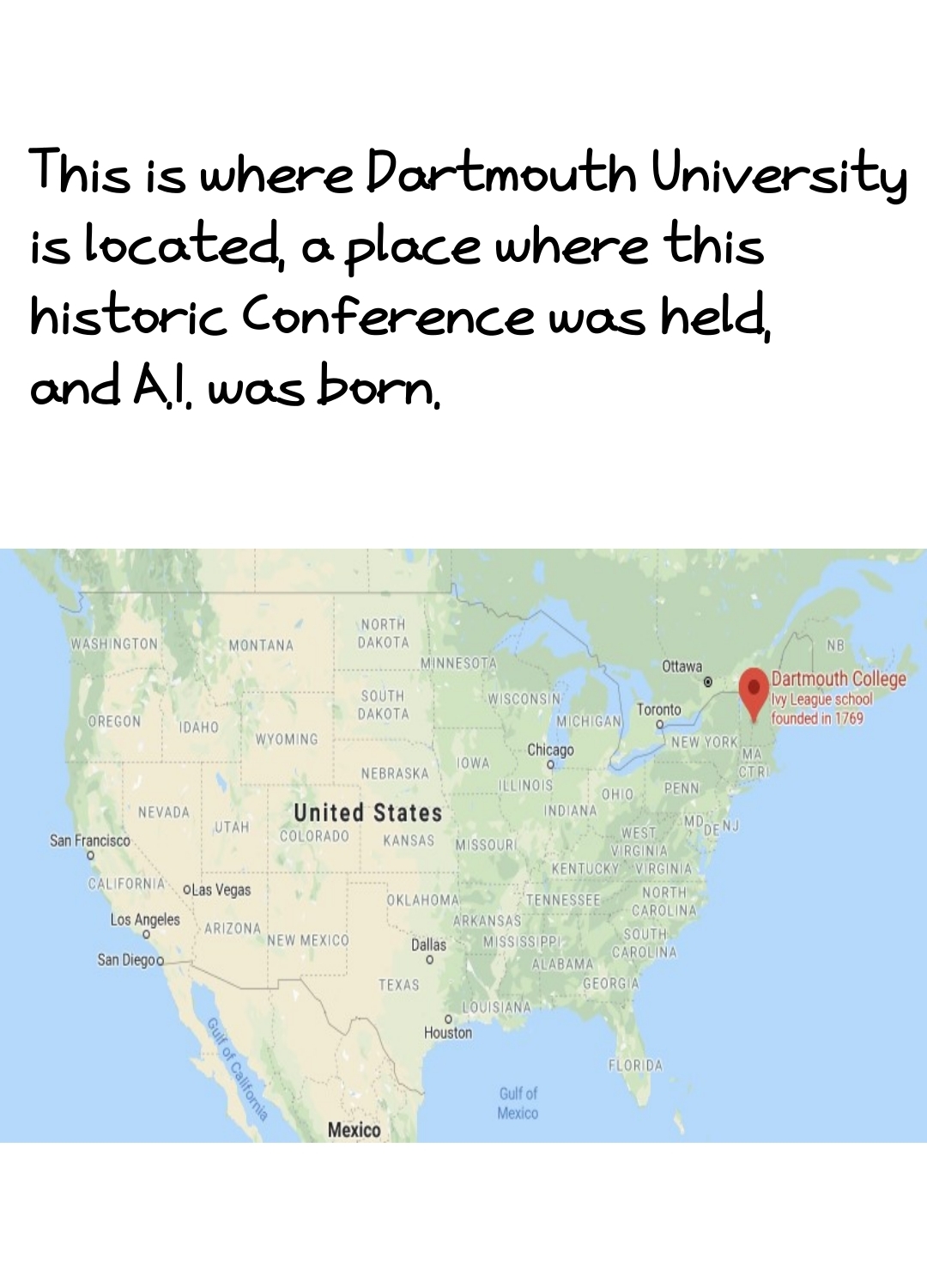 This is where Dartmouth University is located, a place
where this historic Conference was held
and the A.I. was born.

All of the participants in the conference have remarkable career. 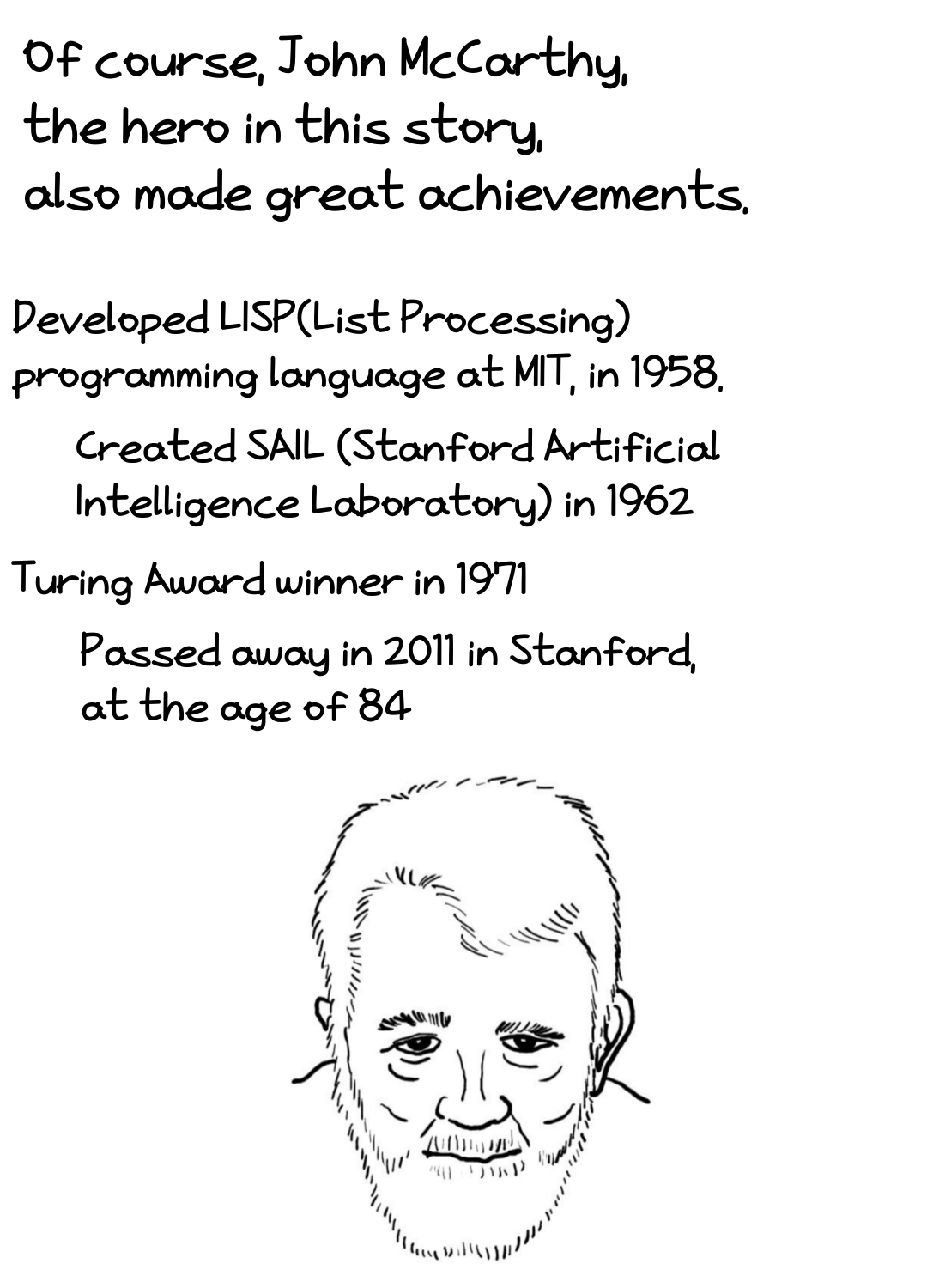 Of course, John McCarthy, the hero in this story, also made great achievements.
Developed LISP(List Processing) programming language at MIT, in 1958.
Created SAIL (Stanford Artificial Intelligence Laboratory) in 1962
Turing Award winner in 1971
Passed away in 2011 in Stanford, at the age of 84.
Do you need database performance monitoring? Contact us and we will send you a free quote
[email protected]